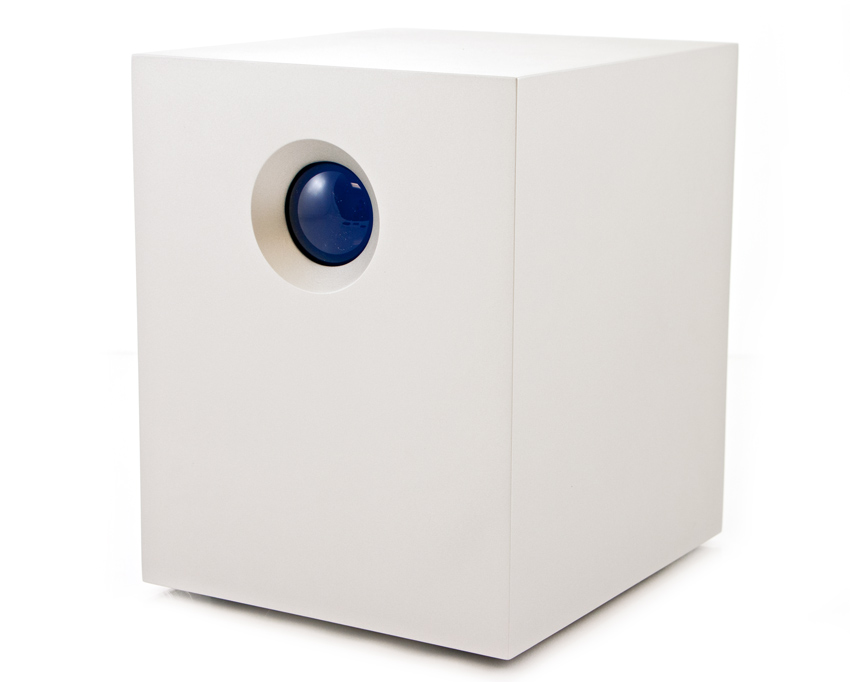 The 5big Thunderbolt’s specifications reflect both its target market and the relative immaturity of Thunderbolt on the desktop. For example, while other LaCie DAS arrays feature a wider range of RAID modes to choose from, the 5big Thunderbolt only offers Raid 0, Raid 1, and JBOD modes. The upside to this engineering decision is that RAID functionality can be controlled from within the OS X drive utility rather than a special utility or in the array’ firmware, simplifying desktop use.

LaCie ships the 5big Thunderbolt pre configured for RAID 0, which entails a greater than normal risk of data loss when not used in conjunction with a backup system, but means that the array arrives setup to make the most of Thunderbolt’s speed. According to LaCie, the 5big Thunderbolt can achieve an average transfer rate of 785MB/s read and 695MB/s write when benchmarked in RAID 0 with five 4TB 7200RPM drives.

The LaCie 5big is available now in 10TB and 20TB capacities through the LaCie Online Store and resellers starting with an MSRP of $1,199.00. Our review model is the 20TB capacity.

LaCie has not made any significant changes to its 5big chassis for the 5big Thunderbolt. The 5big sports one of Neil Poulton’s distinctive designs and is a proven form factor, so the lack of an updated chassis is a positive for the new DAS as it reflects a proven design. The chassis’ aluminum construction feels rugged and provides an extra heft that translates into improved thermal dissipation under heavy drive loads. 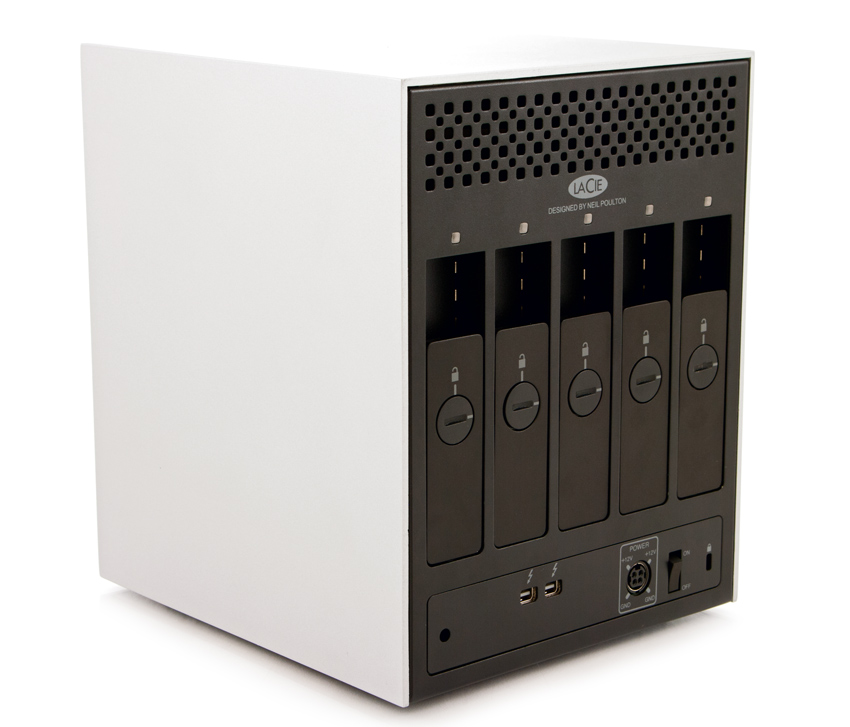 The front of the device features a large button that doubles as a status indicator. When the 5big is powered up and connected to a host workstation, pressing and releasing the front button will spin up the internal drives. When the drives are already spinning, pressing and holding the button for five seconds will spin down the drives and enter passive mode, where the array will pass data to daisy chained Thunderbolt devices but requires less power. Pressing and releasing the button while in passive mode will return the array to normal operation. 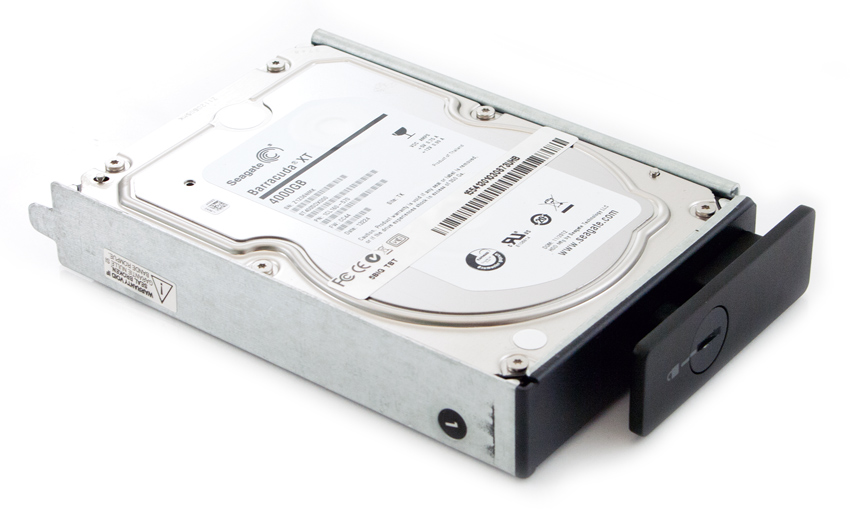 The rear of the 5big Thunderbolt provides access to the drive caddies, incorporating drive status LEDs, a cable management clasp port, Kensington lock port, power supply connector, on/off switch, and dual Thunderbolt ports. As with other LaCie RAID arrays, the caddies lock into place by turning a proprietary LaCie tool that is shaped much like a penny.

5big Thunderbolt devices with prepopulated drive arrays ship configured with a single RAID 0 volume that appears on the desktop when activated. When activated with blank drives installed, the 5big will enter JBOD mode and present a separate volume for each drive. LaCie recommends installing drives with the same capacity when a matched set is not available.

RAID 0 provides the highest transfer speeds across Thunderbolt for storage-intensive workstation applications such as video editing. The 5big Thunderbolt can also be configured for RAID 1, halving the maximum capacity of the unit and reducing data transfer speeds but providing mirrored backup drives for data security. Since mirrored sets consist of two drives, the 5big is capable of three volumes in RAID 1 mode – two mirrored drives and a single disk without mirroring. The array’s third mode is JBOD, which mounts each drive independently. The 5big Thunderbolt also supports a mixed configuration that allocates two drives for RAID 1 and three to a high-speed RAID 0 array.

Installing LaCie’s RAID Monitor for OS X allows the user to keep an eye on the status of the array. When issues with the array or its drives require user intervention, the RAID Monitor icon in the OS X menu bar blinks and displays an exclamation mark.

Thunderbolt has two primary selling points: greater throughput and the ability to daisy chain Thunderbolt devices. External storage that can take full advantage of Thunderbolt’s transfer speeds is still emerging, so the 5big Thunderbolt positions LaCie with a high-performing, if somewhat narrowly-focused, entry point into the emerging Thunderbolt RAID DAS market niche. The box is designed very well and will appeal to the creatives at which it’s targeted, but also to a wider audience who appreciates elegant design.

From a performance standpoint, we saw 640.5 MB/s read and nearly 720 MB/s write, pretty impressive even if it’s spread over five 4TB hard drives. Of course the box is easily configured for RAID1 or JBOD as well, offering quite a bit of flexibility for a variety of use cases.

The LaCie 5big Thunderbolt is everything external storage should be; good looking, easy to use and an dandy performer.