When in the market for a business-class workstation notebook, not much can compare to Lenovo’s ThinkPad. Historically, the ThinkPad has provided all one would need in a mobile workstation – durability, security, an easy management system, outstanding battery life, and extreme performance. One of the newer editions the ThinkPad line is the P72.

When in the market for a business-class workstation notebook, not much can compare to Lenovo’s ThinkPad. Historically, the ThinkPad has provided all one would need in a mobile workstation – durability, security, an easy management system, outstanding battery life, and extreme performance. One of the newer editions the ThinkPad line is the P72. 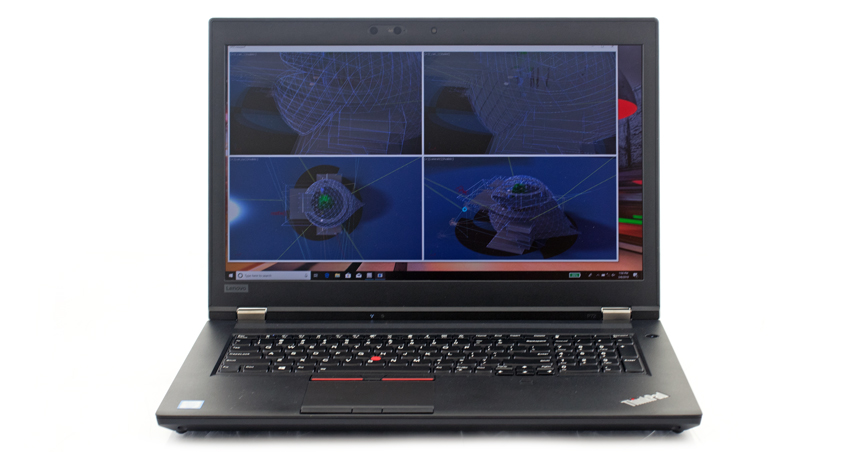 Released in August of last year, the Lenovo ThinkPad P72 is a powerful 17-inch mobile workstation that can be equipped with 8th generation Intel Xeon and/or Core CPUs and up to NVIDIA Quadro P5200 GPUs. The P72 can be configured with up to an impressive 6TB of storage, 128GB of memory, and 16GB of Intel Optane memory.

When it comes to visual appearance of the ThinkPad line, not a whole lot has changed throughout the years. The same remains true with the P72 addition. One major difference is that they removed the “Lenovo” logo from the top of the laptop. Another changed is they flipped the “ThinkPad” lettering so that it’s facing upwards properly when the laptop is opened. The color of the laptop remains the same, as well as the stainless steel hinges. 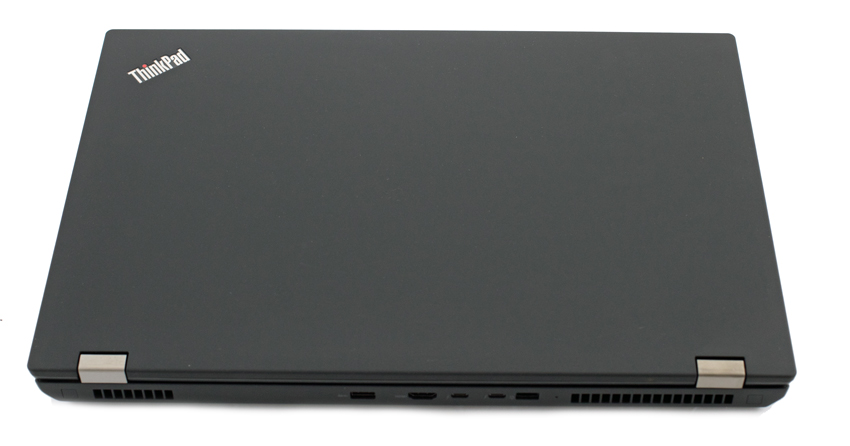 The bottom is well ventilated with several grills for efficient airflow. The large access panel which takes up most of the bottom is held on by six screws. Underneath the plastic is the alloy frame, which can be found in previous models, and contributes much to the strength and durability of the mobile workstation. On each corner of the bottom are the support grips. 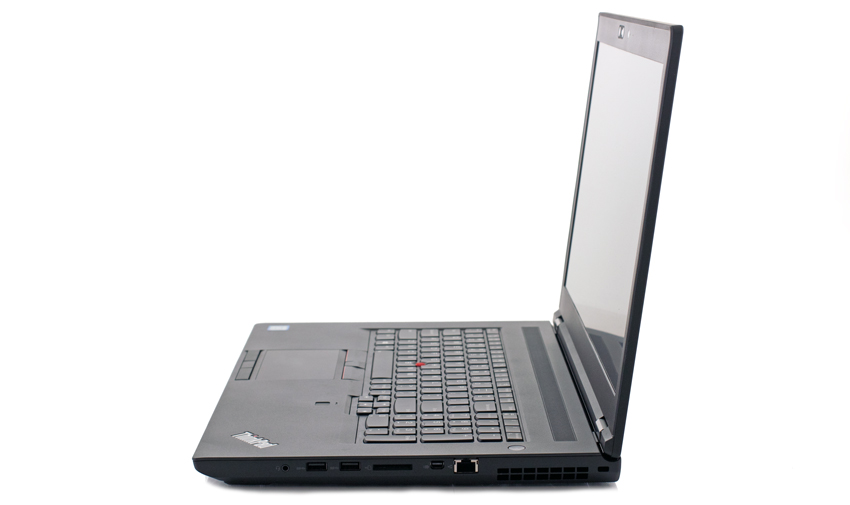 The ThinkPad P72 comes with several different ports, the left side of the P72 being where the majority of the ports reside. From the front to the rear, you’ll find the 3.5mm audio combo jack, two USB 3.1 Gen 1 ports, the 4-in-1 SD card reader, the Mini DisplayPort 1.4, and the Gigabit Ethernet port. Spinning it around to the right side, you’ll find a single USB 3.1 Gen 1 port.

At the rear of the mobile workstation, you’ll find yet another USB 3.1 Gen 1 port, along with an HDMI 2.0 port, two USB C with Intel Thunderbolt 3 ports, and the power supply. The front no longer comes with the release switch.

In order to test the Lenovo ThinkPad P72, we put it through a series of benchmarks to demonstrate how it performs when confronted with resource-intensive workloads and compared with the P52 just for a frame of reference.

The first benchmark is SPECviewperf 12, the worldwide standard for measuring graphics performance based on professional applications. SPECviewperf 12 runs 9 benchmarks it calls viewsets, all of which represent graphics content and behavior from actual applications. These viewsets include: CATIA, Creo, Energy, Maya, Medical, Showcase, Siemens NX, and Solidworks.

Here, the ThinkPad P72 recorded some fantastic results and raises the bar, as expected, when compared to the smaller sibling of the P family.

Here, the ThinkPad P72 continued to show impressive results as one would expect against a lower-spec model.

The ThinkPad P72 is a built-to-last, highly configurable and customizable mobile workstation designed for the SMB. The P72 can be equipped with 8th generation Intel Xeon and/or Core CPUs and up to NVIDIA Quadro P5200 GPUs. The P72 can also be configured with up to an impressive 6TB of storage, 128GB of memory, and 16GB of Intel Optane memory. With pleasure, though, comes pain. The P72 weighs a whopping 7.47 lbs – go ahead and add an extra 2 pounds when considering cords and cables. While the ThinkPad P72 is a mobile workstation, it’s definitely not the kind you’d want to carry around every day.

Diving into performance details shows some decent increases with the P72 compared to the P52 during our graphics-intensive SPECviewperf, SPECwpc, and ESRI benchmarks, though we must note that this is completely expected. The point is to highlight the performance gains of the P72, not disregard those of the P52, which is still a very impressive device.

In our SPECviewperf 12 test, the P72 showed fantastic results overall and showed significant increases in Creo-02, Maya-O5, and especially Snx-03. This performance continued in our SPECworkstation3 (which tests CPU, graphics, I/O, and memory bandwidth) benchmarks, as well as our ESRI (ArcGIS program) benchmarks.

Overall, the Lenovo ThinkPad P72 is an extremely powerful mobile workstation that can handle graphic-intensive workloads and is ideal for oil and gas, automotive, and financial industries. The ThinkPad is also extremely affordable (starting at $1,279.00, finance options available), and provides users with several customizable options to fit their unique requirements.