The Lenovo ThinkPad P52 is a performance-driven mobile workstation that features NVIDIA Quadro graphics and is ideal for engineers, designers, and prosumers looking for a powerful, yet compact, laptop. Lenovo also indicates that it is a VR-ready device. It also features a ton of connectivity including three USB 3.1 gen 1 ports, two USB 3.1 Gen 2 Type-C ports, Intel Thunderbolt 3 (Power Delivery, DisplayPort, Data Transfer), and an HDMI 2.0 port. For those on-the-go professionals who find themselves in areas without Wi-Fi, the P52 comes with the option of having 4G-LTE, which can sync with mobile provider plans.

The Lenovo ThinkPad P52 is a performance-driven mobile workstation that features NVIDIA Quadro graphics and is ideal for engineers, designers, and prosumers looking for a powerful, yet compact, laptop. Lenovo also indicates that it is a VR-ready device. It also features a ton of connectivity including three USB 3.1 gen 1 ports, two USB 3.1 Gen 2 Type-C ports, Intel Thunderbolt 3 (Power Delivery, DisplayPort, Data Transfer), and an HDMI 2.0 port. For those on-the-go professionals who find themselves in areas without Wi-Fi, the P52 comes with the option of having 4G-LTE, which can sync with mobile provider plans. 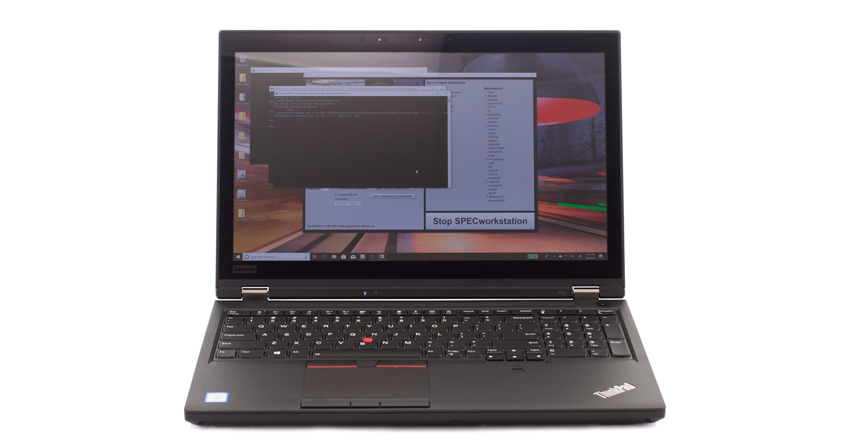 The ThinkPad P52 is highlighted by its powerful components. For example, users have the option to equip the P52 with an 8th Generation Intel Core (up to an i7-8850H 6 core processor at 2.60GHz, up to 4.30GHz with TurboBoost) or Intel Xeon processors (up to an E-2176M 6-core processor at 2.70GHz, up to 4.40GHz with TurboBoost). All processors feature vPro, which is an Intel technology that provides hardware-enhanced security, remote manageability, flexible stability and productivity-enhancing capabilities. The P52 can also be outfitted with upwards of a whopping 128GB of DDR4 RAM, making it an ideal rig for those doing a lot of heavy designing. The compliment these components, users can also add up to 4TB of PCIe storage, though users can choose a 1TB 7200 RPM or 2TB 5400 RPM HDD if they don't need the hard drive speed.

Security features are also abundant with the new Lenovo Thinkpad, as it encrypts its data with Trusted Platform Module (TPM) and features a match-on-chip fingerprint reader and facial login via the optional IR camera and Windows Hello.

If you're willing to spend a bit more, the P52 offers 15.6-inch 4k UHD (3840 x 2160) touchscreen display, which features brilliant colors and 100% Adobe color gamut and 400 nit. For those looking for a more affordable option, users can go the FHD route, which features the usual a 1920 x 1080 resolution with 300 nit. The P52 also supports USB-C Thunderbolt 3, so users can connect and access devices quickly including high-resolution displays and high-performance data solutions.

For the amount of power it offers, the P52 is a pretty compact device. At top of the screen is the webcam, which features an integrated privacy cover to ensure that it’s only used when it's supposed to be used.

On the right side is the Combo audio/mic port, two USB 3.1 ports, a Mini DisplayPort and a Kensington lock slot. The left side has a USB 3.1 port (with power delivery), a 4-in-1 card reader (supports SD, SDHC, SDXC, MMC form factors), and a Smart card reader (an optional feature). 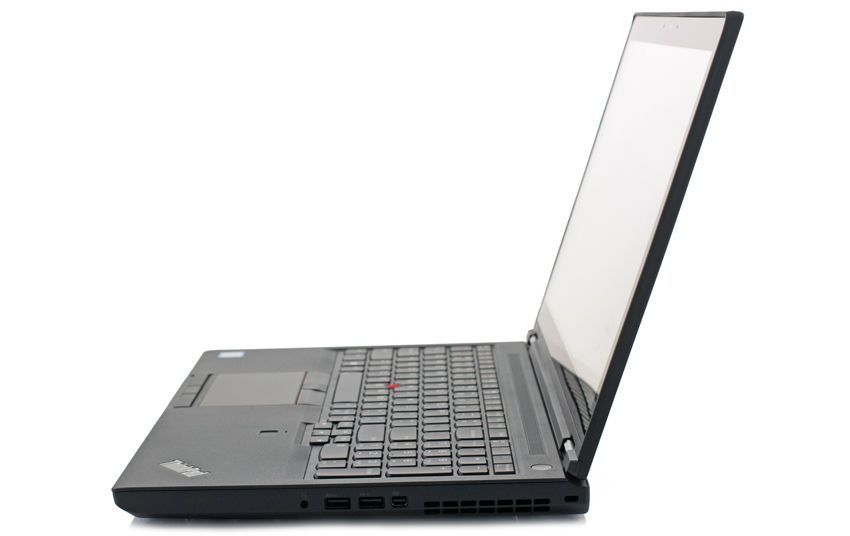 To find out what the Lenovo P52 is made of, we put it through three resource-intensive tests. These tests will also show the capabilities of the Quadro P2000 when inside the Precision 5530. We've also compared it to the following workstations:

This first test is the SPECviewperf 12 benchmark, which is the worldwide standard for measuring graphics performance based on professional applications. SPECviewperf runs 9 benchmarks called “viewsets,” which represent graphics content and behavior from actual applications and include categories such as 3D Max, CATIA, Creo, Energy, Maya, Medical, Showcase, Siemens NX, and Solidworks.

As you can see, the Lenovo P52 recorded very impressive results. However, unsuprisingly not as powerful as its bigger sibling.

The Lenovo ThinkPad P52 is a mid-sized mobile workstation with some impressive capabilities given what it can pack under its hood. Users can equip with workstation with either an 8th Generation Intel Core CPU or an Intel Xeon CPU, up to 128GB of DDR4 RAM, and up to 4TB of PCIe storage. The workstation comes with ample connectivity with 5 USB ports (including 2 USB-C or Thunderbolt 3 ports), an HDMI port, a 4-in-1 card reader, a Mini DisplayPort, and an RJ45 Gigabit Ethernet port. There is an optional 15.6-inch 4k UHD touchscreen display for users that would like the option of tablet like operability. Those looking not to break the bank can outfit the Lenovo workstation with HDDs, less RAM and an 8th Generation Intel Core CPU.

We tested the workstation using our graphics-intensive SPECviewperf, SPECworkstation3, and ESRI benchmarks. We compared the Lenovo P52 to its larger sibling the P72. This was a less of which is better (the P72 is outfitted with better hardware) and more of what one can expect when deciding which workstation to purchase. That being said, the P52 didn't trail too far from the more powerful P72 in most of our testing.

Overall, the P52 is a powerful mobile workstation that can suit the needs of most users. The workstation provides enough power for some of the most graphically demanding workloads while remaining relatively compact.