Previously, we have reviewed a 24” LG All-in-one VDI client ( 24CN670) which was designed for Healthcare, and a 34” UltraWide All-in-One thin client (34CN650) that was designed for a general audience. Both devices were well built, had beautiful displays, and performed flawlessly. For mainstream audiences, we now take a look at the LG CL600.

Previously, we have reviewed a 24” LG All-in-one VDI client ( 24CN670) which was designed for Healthcare, and a 34” UltraWide All-in-One thin client (34CN650) that was designed for a general audience. Both devices were well built, had beautiful displays, and performed flawlessly. For mainstream audiences, we now take a look at the LG CL600. 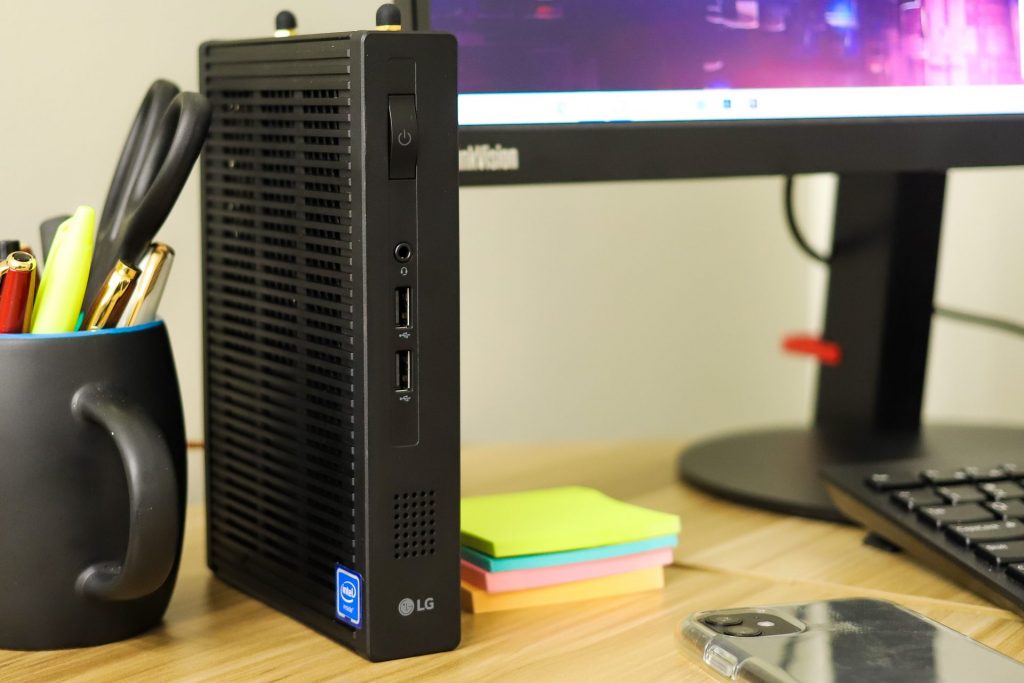 All-in-one devices are a good fit for many businesses as they are compact and can be replaced as a single unit. This speeds up the process of deployment and if one should have an issue very little component level troubleshooting is needed. However, there is a wide audience for component-level thin clients and LG was kind enough to lend us one of theirs, the CL600.

This thin client has a quad-core Intel Celeron J4105 processor, 4GB of RAM, and has two external Wi-Fi antennas. As it does not contain a fan it is completely silent. It has numerous ports on the side for connectivity. The device would blend in nicely on a user’s desk.

The device came in a cardboard shelf inside a white cardboard box. The box also contained the power supply, two antennas, a warranty and setup guide and the base stand. The 120V end of the power cord had a right-angle plug on it, which worked out well in our environments but might cause issues for those using power strips.

The front of the device has the power on button with indicator lights, as well as a 3.5 mm headphone/microphone combo, two USB 2.0 Type-A2.0 ports and the speaker. 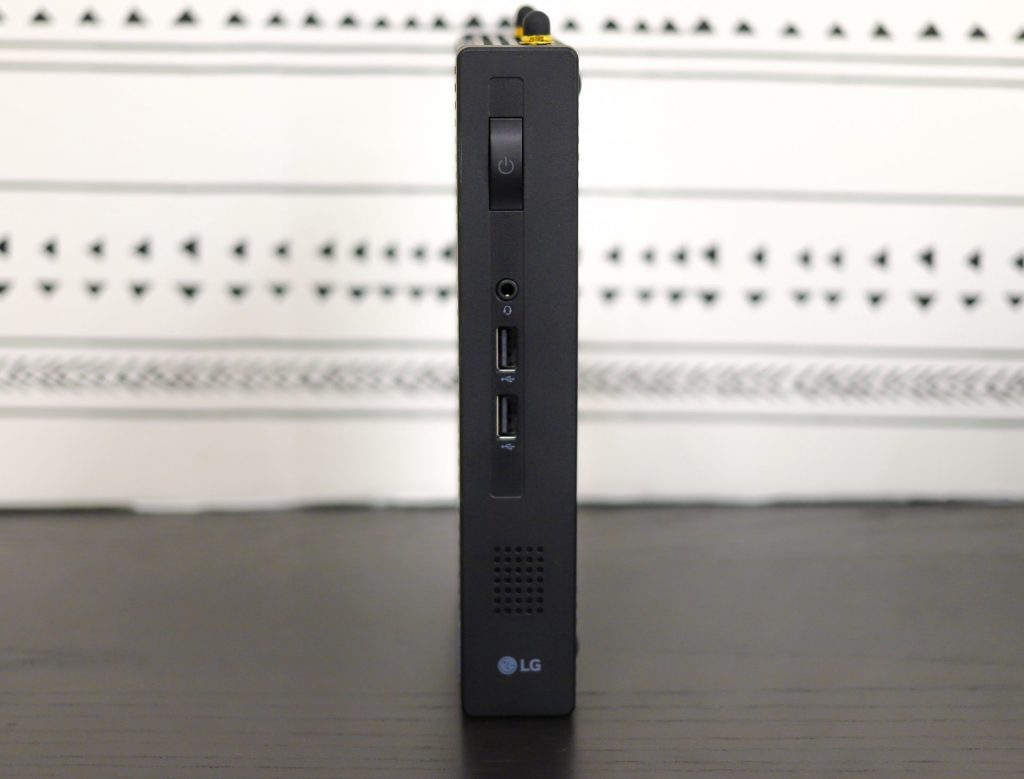 The back of the device has the RJ-45 (network) jack four USB Type-C ports, two DP ports, power connector. There is a plastic card that can be pulled out to display the device’s certifications, regulatory labels, and serial numbers. 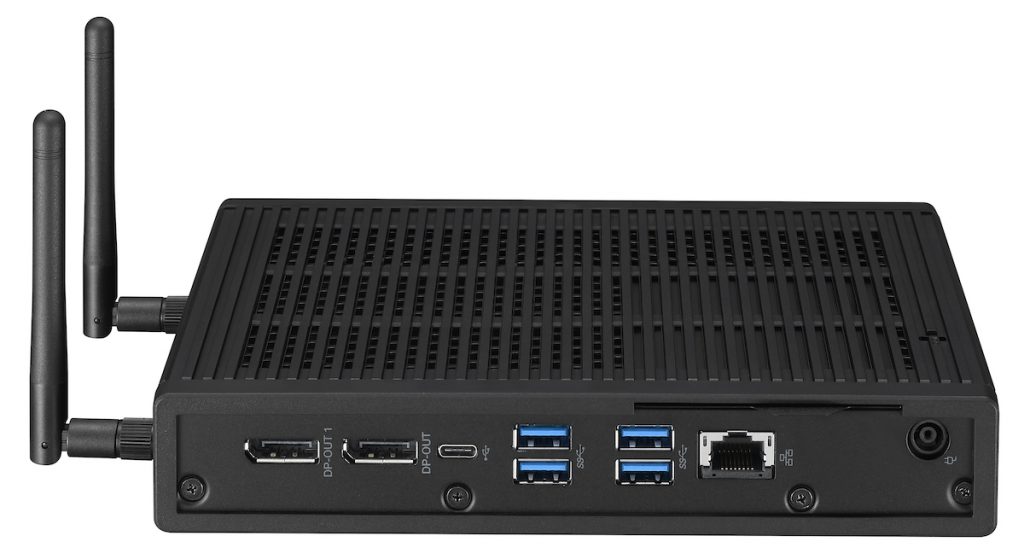 The right side of the device had the connectors for the antennae. The bottom of the device has two screws that can be used to attach the VESA 100 mounting bracket. The case is made of black plastic with ventilation slots on all its sides.

We installed IGEL OS on the client in the same manner as the two other LG devices that we reviewed. If you would like more information on our experience installing IGEL OS, please see our review of the 24CK560 or one of our other articles on IGEL. It needs to be mentioned that LG has announced that many of their thin clients will have the option to be shipped with IGEL OS preinstalled on them.

One of the features of the LG 34” UltraWide All-in-One thin client (34CN650) is that it can also act as a standalone monitor and as we enjoyed the 34” display we opted to use it as the monitor of the LG CL600 by connecting it through the USB-C port of the CL600 to the monitor’s HDMI port via an adapter.

After we installed IGEL OS 11 on the client and it had finished rebooting, we were presented with a wizard that walked us through configuring the language, keyboard, and other settings. During this process, we were given the option to use a starter or a full-feature demo license. The starter license lasts for 30-days and does not require registration; however, it does not contain the Multimedia Codec Pack, unified management assistant (UMA), or mobile device management (MDM). We chose to get the 90-day demo license as we feel most businesses will want the features that come with it. After we selected the demo license option, we were presented with a form that requested our name, company, etc., and then we were informed that our license had been “fetched” and that the client needed to be rebooted.

We then checked to see if the LG 34” monitor was identified by going to Setup > Devices > Hardware Info > Devices > Monitors. The resolution was 2560 x 1080, which was the max resolution of the display of the LG 34” UltraWide All-in-One thin client display. 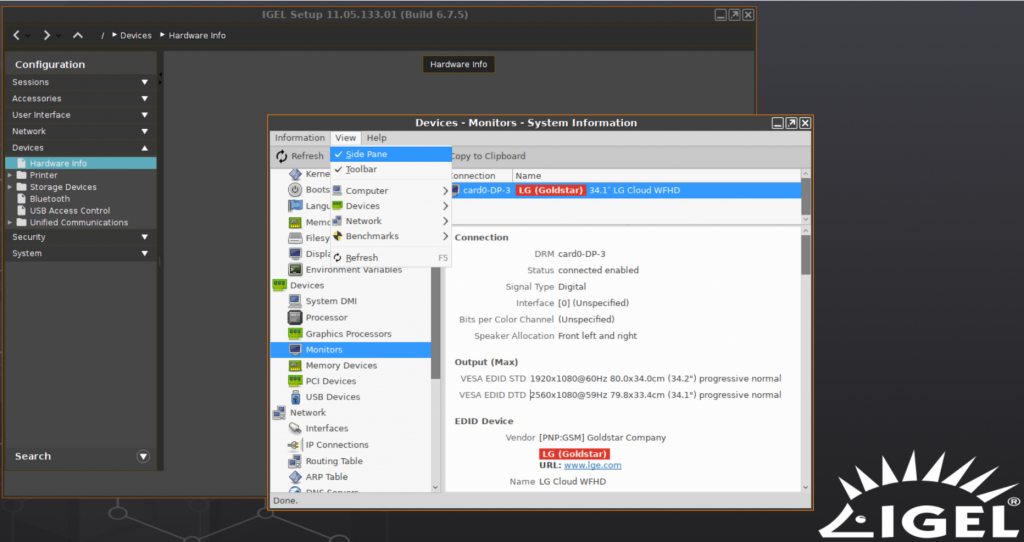 Setting Up a Horizon Connection

After the system rebooted, we clicked the wrench (settings) icon on the left side of the taskbar and clicked Sessions > Horizon Client > Horizon Client Global. From here, we configured our Horizon session to use VMware Multimedia Redirection, Real Time Audio Video (RTA), and Virtualization Pack Skype for Business. 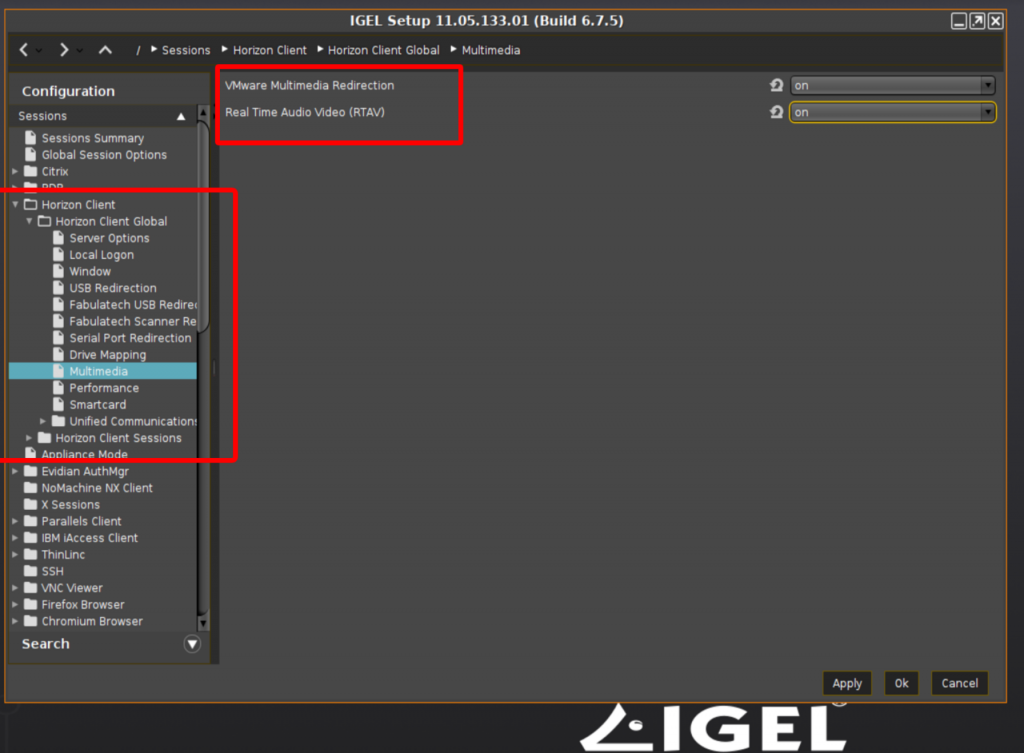 We then clicked Horizon Client Sessions. This allowed us to set up a connection to our local Horizon connection broker. We chose to use Blast as the default protocol however Horizon can also use RDP or PCoIP for the connection protocol. The Horizon Client that was installed with IGEL was version 2012 which works with Horizon 7 and 8. 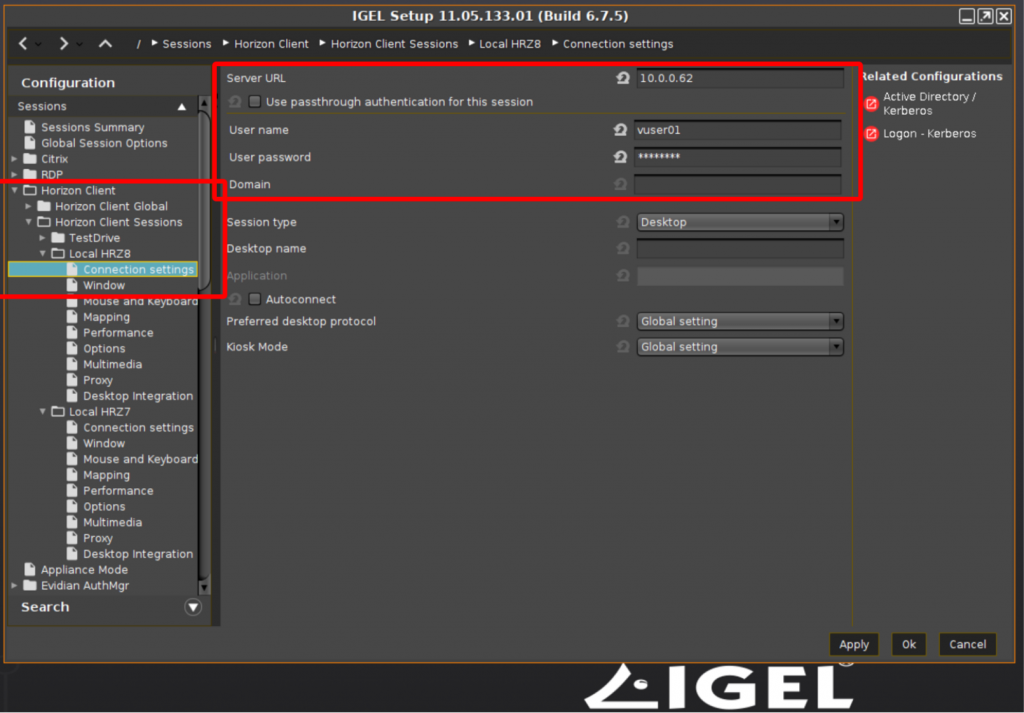 After we configured the system to connect to a Horizon 7 connection server, it placed an icon on the desktop and in the Start menu.

To test the client, we connected it to our network via its Wi-Fi ports to our wireless router. We used ControlUp Edge DX to monitor the network during our testing to ensure that Wi-Fi signal strength remained high and the latency was minimal. Max Wi-Fi speed was reported at 405 Mbps which is more than adequate for VDI workloads.

We were interested to see what would happen if we removed the antennas from the device and found that Wi-Fi signal strength was 50% with them removed.

We used the client for two weeks as our primary desktop to test its usability. Below is an overview of the testing we did during this time and the key results.

The virtual desktop that we used ran Windows 10 and was hosted on a local vSphere server. It had 2 vCPUs, 8 GB of memory, and 50 GB of NVMe-based storage. For our testing, we set the virtual desktop’s display size to the LG’s native resolution of 2560 x 1080.

We used VLC to display a 1720 x 720 @ 24 fps video. The picture was rendered on the monitor with excellent quality, with only a slight bit of occasional jerkiness noticed.

ControlUp Edge DX showed that on the device the CPU usage was less than 15%, network usage was ~4Mbps, local latency remained constant at less than 10ms, and Wi-Fi signal strength was 90%. 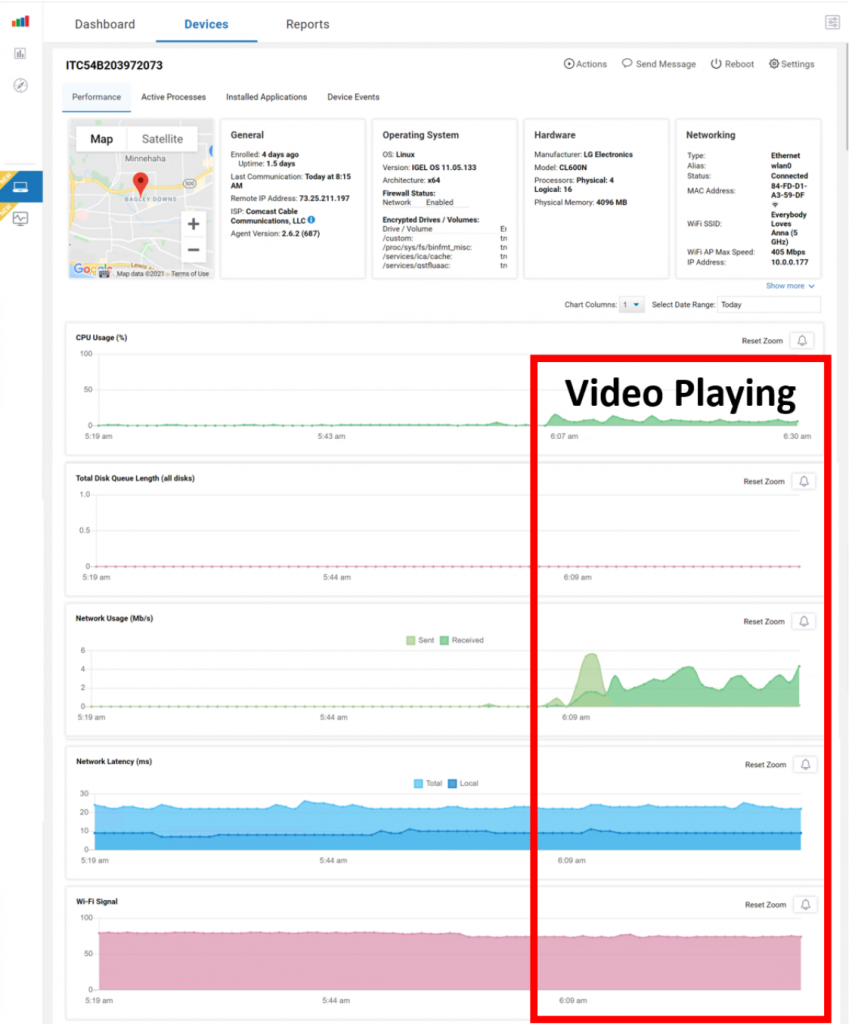 We then used ControlUp Solve to verify that the virtual desktop was heavily stressed. It showed the CPU usage on the client was 66%.

To verify that USB audio devices could be used by the client, we connected a Jabra Voice 150 USB headset to it and then navigated to Setup > Hardware Info > Devices > USB Clients and confirmed that the Jabra device was listed. 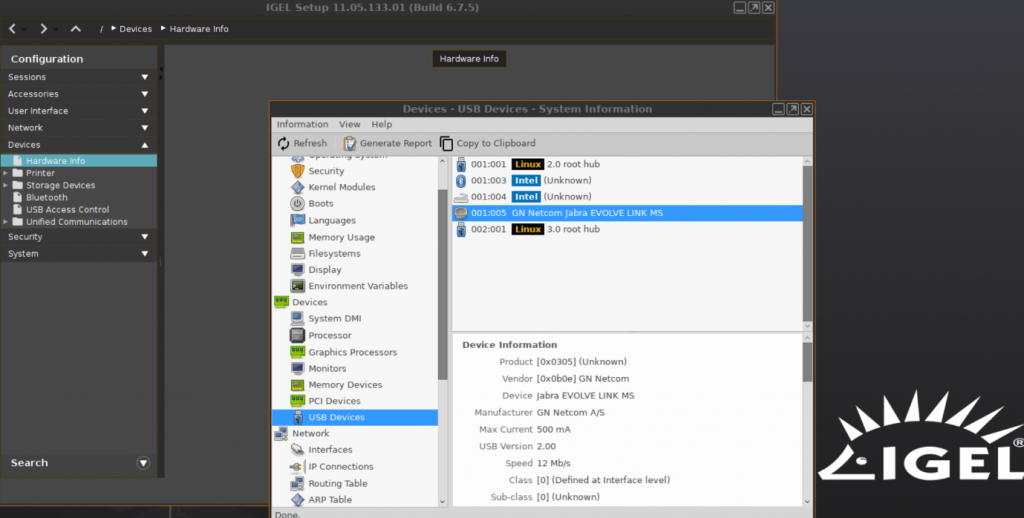 We used the client to display a Horizon desktop for two weeks. Our daily activities during this time included using Microsoft Office suite, Chrome for web browsing, streaming music, as well as other common tasks. During this time, the client performed without any issues.

We are seeing more and more organizations deploy GPU-enabled Desktop-as-a-service (DaaS). This can severely stress a VDI client. To see if it could handle the load of one, we used the Horizon client to connect to a GPU-enabled DaaS and then ran video-intensive applications on the virtual desktop.

We first played a high-definition video of fluid particles (David.li/fluid) being rendered on Chrome on the virtual desktops at approximately a quarter scale. The video played flawlessly through the monitor’s speakers flawlessly.

The Edge DX dashboard showed slightly more than 25% of the CPU capacity was being used while streaming 15Mb/s of network traffic.

We then brought up an AutoCAD model of a stadium. We were able to manipulate, rotate, and slice it in real-time without any pauses or disruptions.

The CPU and network usage were low at 16% and less than 2Mbps. 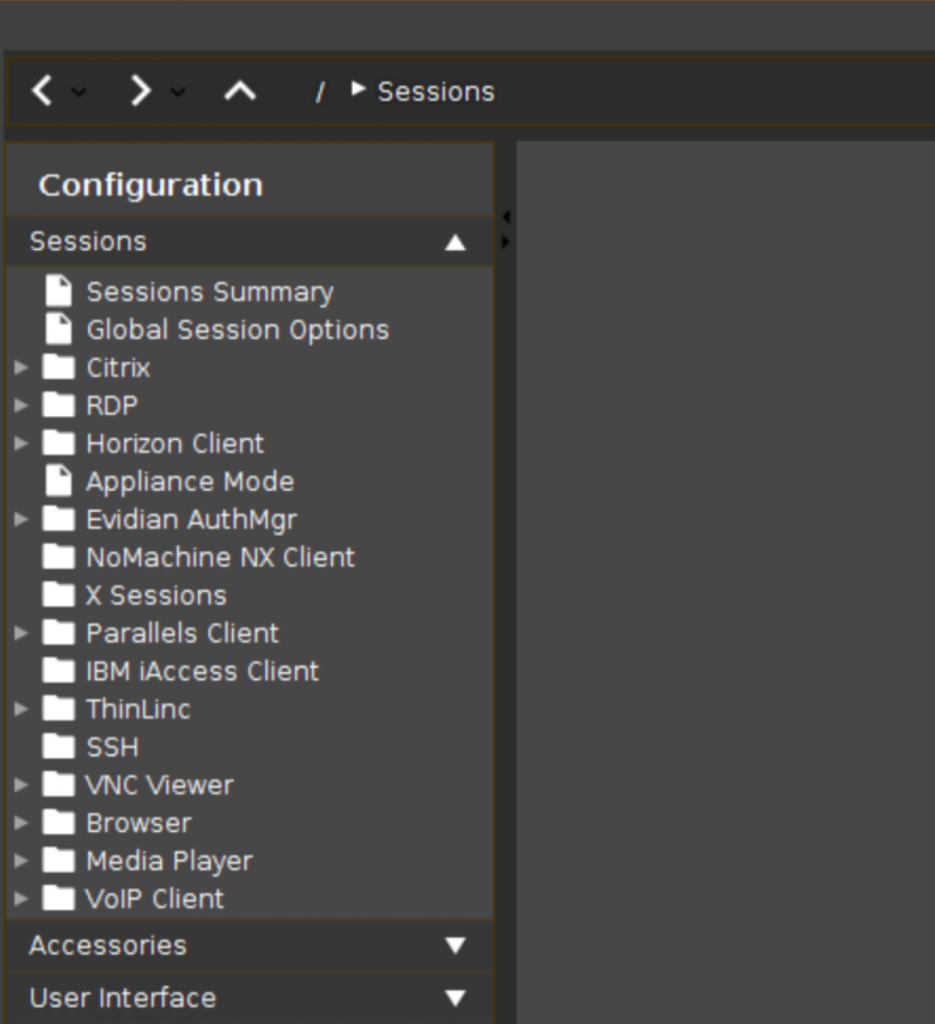 IGEL advertises that it can work with VMware Horizon Blast, CITRIX HDX, PCoIP, and RDP, but we found that when adding a connection, there was a wide variety of other protocols available.

Secure screen shadowing is a valuable feature as it allows you to see exactly what an IGEL user is seeing on their client. This is extremely helpful for IT support staff when helping users.

IGEL allows screen shadowing via VNC. We used this capability to capture many of the screenshots we used in this review. To avoid adversely affecting the client’s performance, we did not use screen shadowing while monitoring the responsiveness of the client. 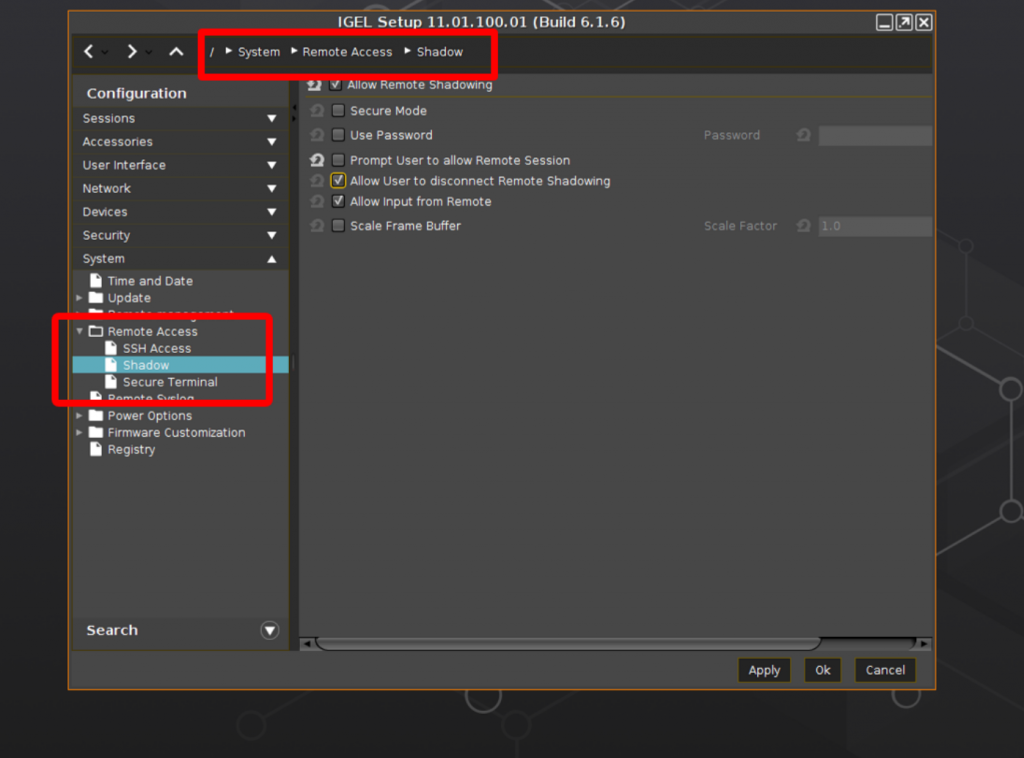 We used the Google VNC plugin to connect to the client.

As with the LG 24” (24CK560) which was designed for healthcare, and the 34” UltraWide (34CN650) was designed for a general audience, we found this device to meet the high standards for build quality that they both exhibited.

The range of VDI clients that LG produces shows the commitment that they have to the VDI market. Whereas the 24CK560 and the 34CN650 had built-in monitors the LG CL600 does not, as not all use cases require an all-in-one device. With this device, you can reuse existing monitors or equip it with a monitor that best fits the end-user’s needs.

We were not surprised that during our testing its performance was on par with the other two LG thin clients as it had the same CPU, memory, and storage. We did test this using Wi-Fi rather than a wired connection and found it could handle the network load without any issues. This device should make the shortlist for a company that is looking for a well-built general use VDI client that is inexpensive enough for task workers, yet powerful enough for a power user that only needs two or three high-definition monitors.