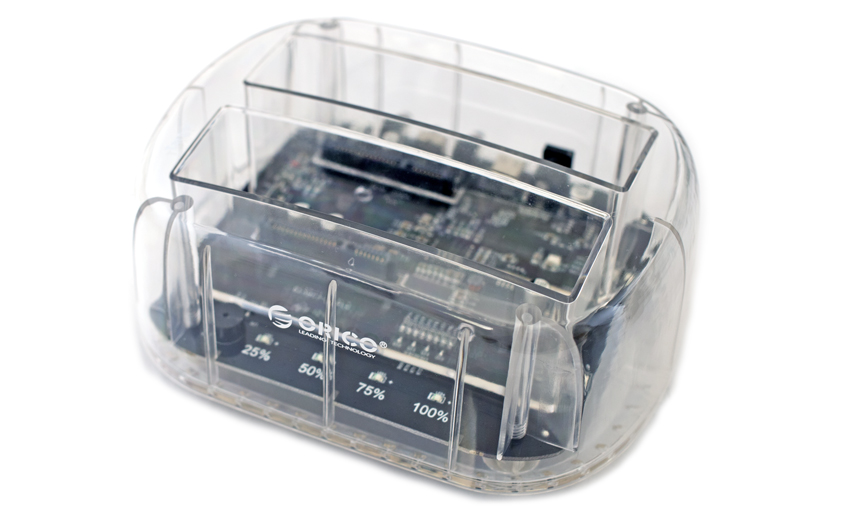 For example, it allows users to externally expand their system’s capacity with traditional HDDs and SSDs, and gives professionals an easy way to access to large amounts of data.  Now that spinning-disk drives (HDDs) have significantly reduced in cost over the past 5-10 years, and more recently SSDs, users can create a generous multi-terabyte system at a pretty low cost using devices like the Orico Hard Drive Dock. This method is especially attractive to those who are running out of available internal SATA ports or those who have a smaller PC chassis with limited space like laptops and compact workstations. In addition, users that need to access content from old hard drives laying around can just pop it in the Orico drive dock rather than opening up their PC and installing the drive. 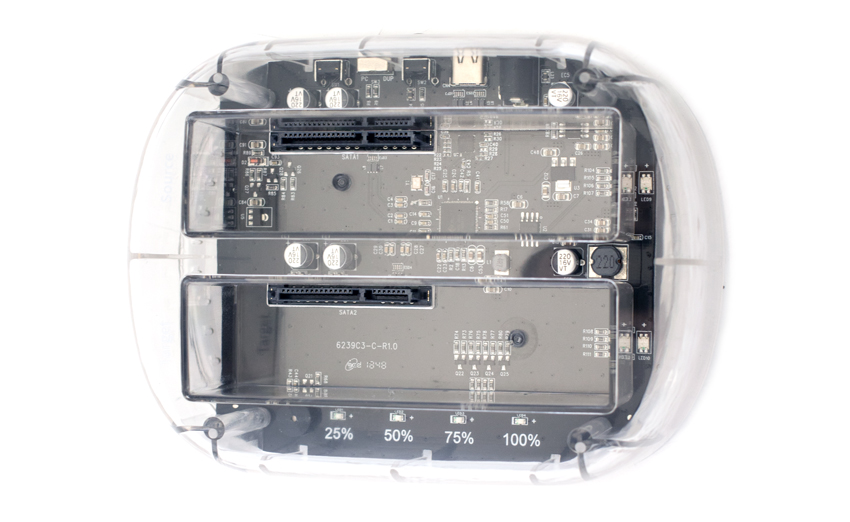 The Orico Dock uses USB-C to SATA Revision 3.0 6Gbps bridging scheme and supports the UASP acceleration protocol. This allows the company to quote speeds up to 500MB/s in “top conditions.”

With our specific review-model, you don’t need turn on your PC to use the cloning feature. Simply power the of the ORICO Dock and switch it “CLONE” mode to unlock one-click standalone clones. The Orico Dock will also enter a sleep mode to save power if there is no data interaction for 10 minutes. Don’t worry though, you can easily download the firmware and change the sleep timer or turn this functionality off entirely.

Orico Dual Drive Dock features a sleek-looking, transparent build with an open design for heat dissipation. As hard drive docks are meant to reside near or next to the user, so it’s small physical footprint is welcomed. You can easily place the Orico Drive Dock around near workstation without having to worry about it taking up too much desk space. After installing two 4TB WD Red NAS hard drives, it sat firmly in place. 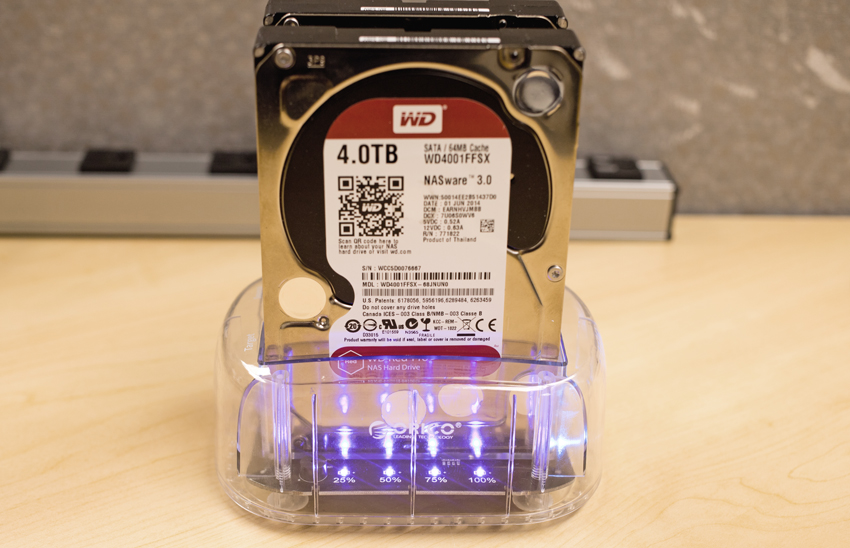 That said, the company indicates that it is not equipped with a baffle for smaller drives (thin 3.5″ or 2.5″ HDD/SSDs), so you should keep it in an area where there isn’t a lot of arm movement or potential to hit the device, as the connected drives might wobble and disconnect. 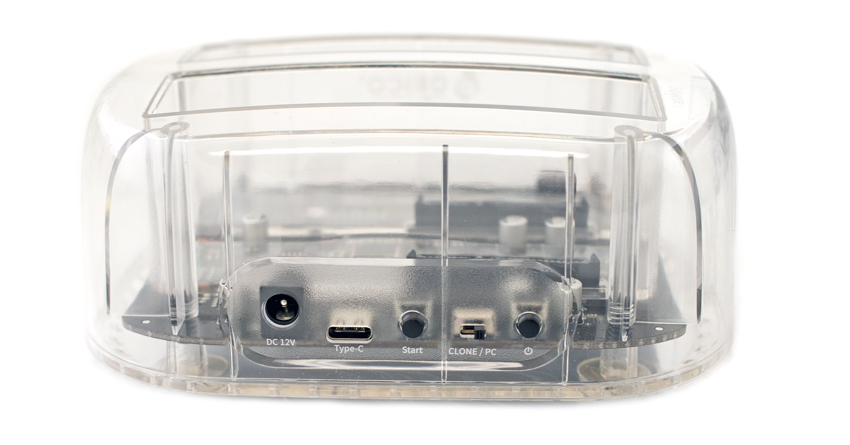 All the connectivity of the Orico Dual Drive Dock is located along the side of the device, including the power button, Clone/PC switch, Start button, and the USB-C port. The power port resides there as well, which uses a 12V3A power supply.

The LEDs are pretty basic: Blue when powering on, while flickering blue and red when reading and writing.

Orico is known for making solid products that work well, and their new hard drive dock station is no exception for light duty usage. The dock allows for an easy expansion of storage as well of a fast way to access information on old hard drives without the need to install the drive. The company quotes a maximum performance of up to 500MB/s that it achieves through its USB-C connection.

As far as performance goes, the device worked like expected. We powered it on and placed in two 4TB WD Red drives. After a couple of angry beeps, the dock started to flash its percentage lights back and forth. After a bit, the dock was finished resulting in two identical drives.

While not something everyone needs to have, there are some that need this specific use case and the dock can be picked up for only $50.