Announced at CES 2016, the Samsung T3 Portable is the company’s newest external SSD offering, a market that has been surprisingly vacant despite the growing adoption of the solid-state technology. The T3 leverages Samsung's V-NAND technology and comes in a generous 2TB capacity (which is double the size of its ultra portable SSD T1 a year ago) to suit the needs of media professionals and enthusiasts who deal with a ton of storage.

Announced at CES 2016, the Samsung T3 Portable is the company’s newest external SSD offering, a market that has been surprisingly vacant despite the growing adoption of the solid-state technology. The T3 leverages Samsung's V-NAND technology and comes in a generous 2TB capacity (which is double the size of its ultra portable SSD T1 a year ago) to suit the needs of media professionals and enthusiasts who deal with a ton of storage. 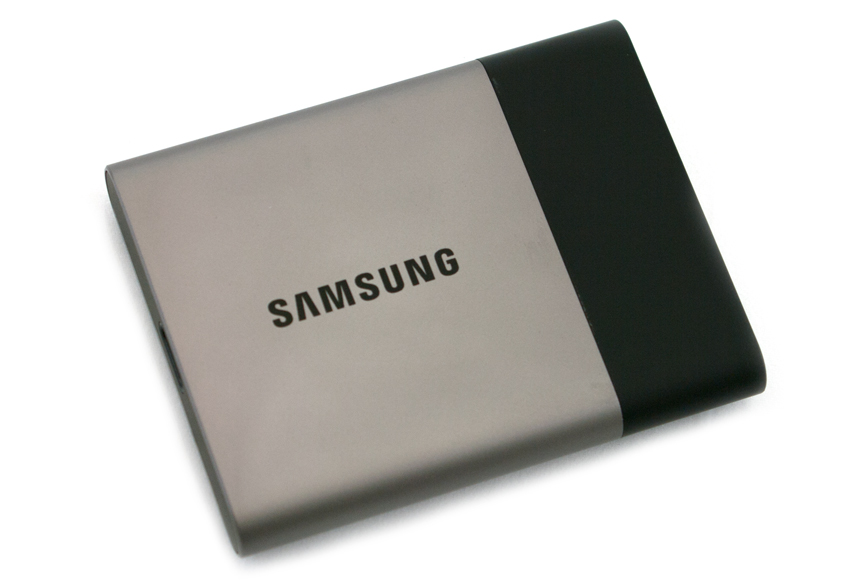 The focus seems to be certainly on keeping this external drive as portable as possible, as it can easily fit in the palm of your hand, which makes it ideal for professionals who are always on the go. This small footprint is pretty impressive for its high capacity.

Samsung has also made their new portable drive compatible across numerous operating systems; its default configuration is exFAT, which is commonly used file system in various systems. Leveraging the USB3.1 Gen.1 (5Gbps), you can even connect the T3 directly to your Android device, while the Samsung Portable SSD app for Android allows users to manage and access their content.

In addition, the T3 comes equipped with optional AES 256-bit hardware encryption via included application. Samsung indicates that this protection feature won’t affect performance of the external SSD, which is quoted to deliver 450MB/s in both read and write speeds.

While the T1 used a plastic body, Samsung has upgraded T3 with a metal chassis for added durability, as it can take most bumps and bruises along the way. It’s equipped thermal guard automatically monitors and maintains optimal operating temperature in order to reduce overheating. The T3 can also withstand extreme temperatures, a two-meter drop, and upwards of 1500G of force. 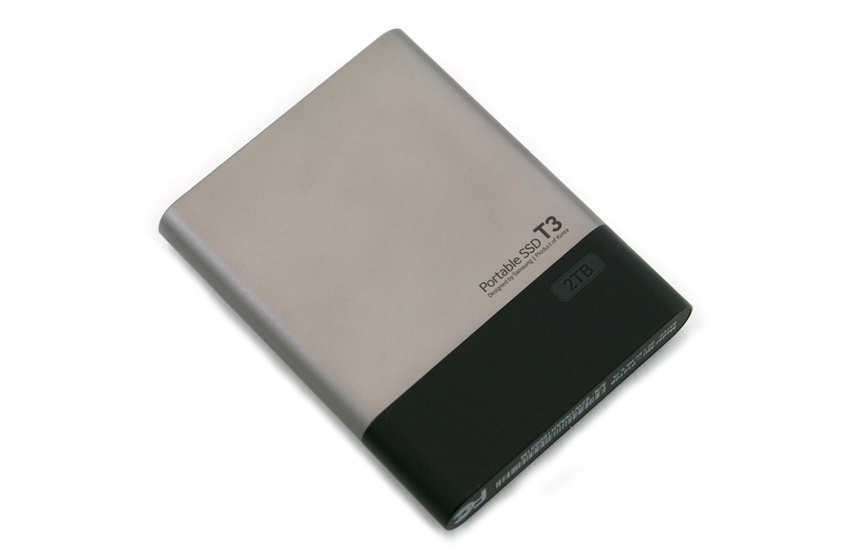 The smooth, charcoal and black design also works very well and certainly looks nice sitting next to a workstation or laptop. It also weighs in at just 51 grams, make it incredibly portable.

Samsung has changed the interface on the portable SSD to USB 3.1 Type C, which allows for future compatibility options, though it ships with a cable that includes USB 3.0 for the host side.

To test the performance of the Samsung T3 USB drive, we will cover three different areas of analysis.

In our first benchmark, we will look at transfer speeds using a USB 3.0 connection on a current generation MacBook Pro. Here, we leveraged the BlackMagic disk speed test, which is a Mac-specific tool mainly used to see how well it works with high quality video. In this scenario, the T3 showed read and write throughput of 430MB/s and 404.5MB/s, respectively, as shown below. 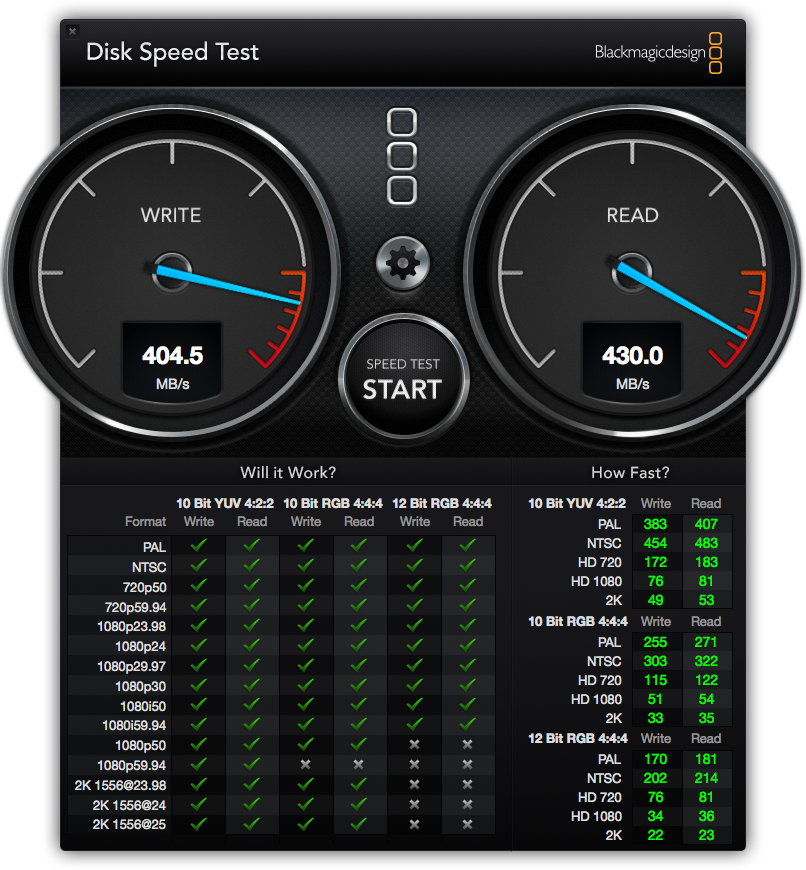 When looking at its 2MB sequential speeds without a filesystem leveraging IOMeter, the Samsung T3 posted read and write speeds of 322.52MB/s and 159.13MB/s, respectively. 2MB random transfer speeds showed similar performance numbers, with 318.95MB/s read and 158.28MB/s write, which is very impressive for a drive of this form factor.

We also tested the Samsung T3 with a Precision 7150, Dell’s new generation, high-performance mobile workstation. To measure its performance on the 7150, we installed PCMark. This tool essentially calculates the performance at the system and component level and most often represents typical user workloads. Here, we measured a total bandwidth of 207.18MB/s during the storage test. As a comparison, we also tested the internal Samsung 951 SSD, which posted a bandwidth of 469.38 MB/s. The internal drive is certainly faster in performance by deisgn; however, the ultra portable Samsung T3 provides consumers with a massive storage pool of 2TB in the palm of their hand that can be passed to multiple machines.

The password software is extremely simple but very effective. Users simply have to load the bundled software to get the welcome screen where you click next to set your password and confirm it. 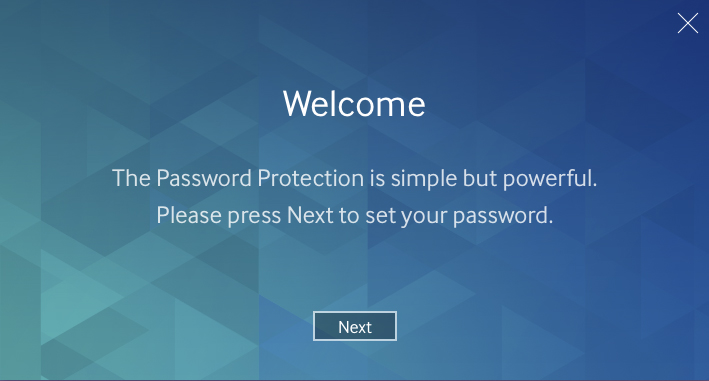 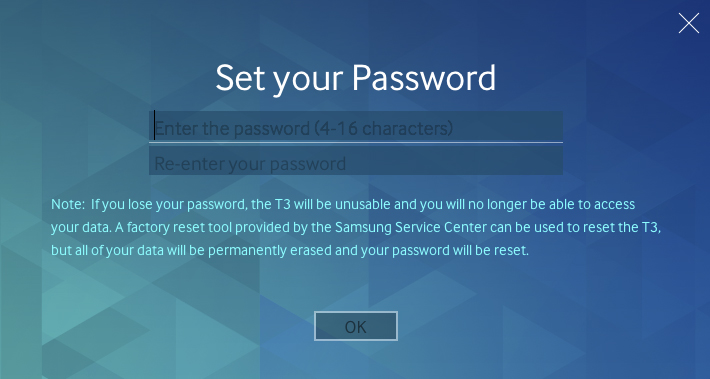 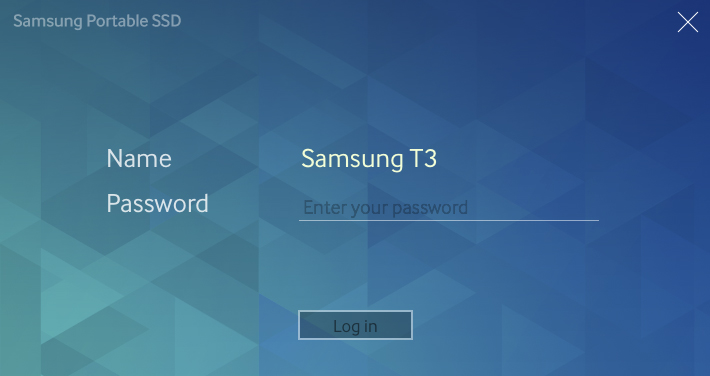 There is certainly a lot to like with the Samsung T3 Portable external SSD drive. It is well designed physically, leverages Samsung's V-NAND technology, comes a high 2TB capacity point (as well as other smaller models) and, though it didn’t quite measure up to quoted speeds, it boasts great overall performance. All of these traits are perfect for those dealing with large (or a lot of) files on the go, who don't want to spend time waiting for file transfers. The slick looking drive is also small enough to fit in the palm of your hand, which is an impressive feature for a device with such a large storage pool. Couple all of this with its optional AES 256-bit hardware encryption, easy-to-use password protection feature, and its multiple OS compatibility and you have pretty attractive package.

Besides not meeting its quoted performance numbers, the only real downside would be the high price tag; however, this is expected for a premium product like the T3. It currently goes for a hefty $850 USD for the 2TB capacity and $130 USD for the 250GB model. This cost will certainly curb the average consumer from a purchase, though professionals who want fast, durable storage on the go, can likely make an argument in favor.

Well designed and very speedy, the Samsung T3 is an excellent portable SSD that would make an ideal companion to the traveling professional or media enthusiast that required quick transfer rates in a small and sturdy package.