Seagate Technology has released yet another version of its 10,000 RPM, SAS, 2.5” Enterprise Performance HDD, this being its ninth. Much like the pervious versions, the latest is geared more for write-intensive applications. One major change is that the drive now has upward capacity of 2.4TB (the previous generation topped out at 1.8TB). While this isn’t nearly as high as one would see in a 3.5” drive, it is still a lot of capacity that can be put into a small footprint. Seagate offers a FIPS 140-2 model and a SED model in the smaller capacities.

Seagate Technology has released yet another version of its 10,000 RPM, SAS, 2.5” Enterprise Performance HDD, this being its ninth. Much like the pervious versions, the latest is geared more for write-intensive applications. One major change is that the drive now has upward capacity of 2.4TB (the previous generation topped out at 1.8TB). While this isn’t nearly as high as one would see in a 3.5” drive, it is still a lot of capacity that can be put into a small footprint. Seagate offers a FIPS 140-2 model and a SED model in the smaller capacities. 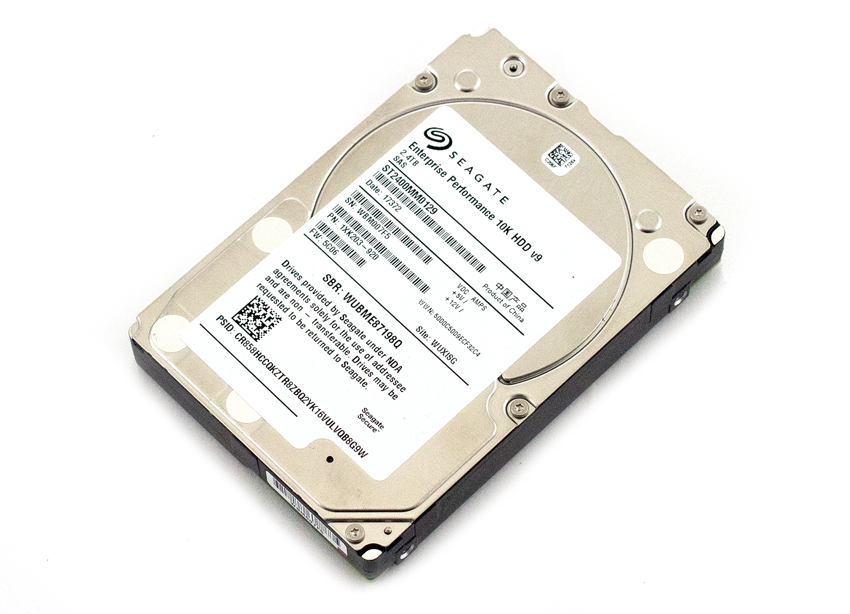 Seagate has done more than just bump up the capacity. They have doubled the cache in the latest generation up to 256MB, to help prevent the slowing of applications under peak usage conditions. As with the other drive generations, the latest also offers Seagate's PowerChoice technology with T10-compliant power management, which allows IT organizations to design their company with optimized power consumption. The drive also comes with Seagate RAID Rebuild technology to help companies recover RAID faster and safer. 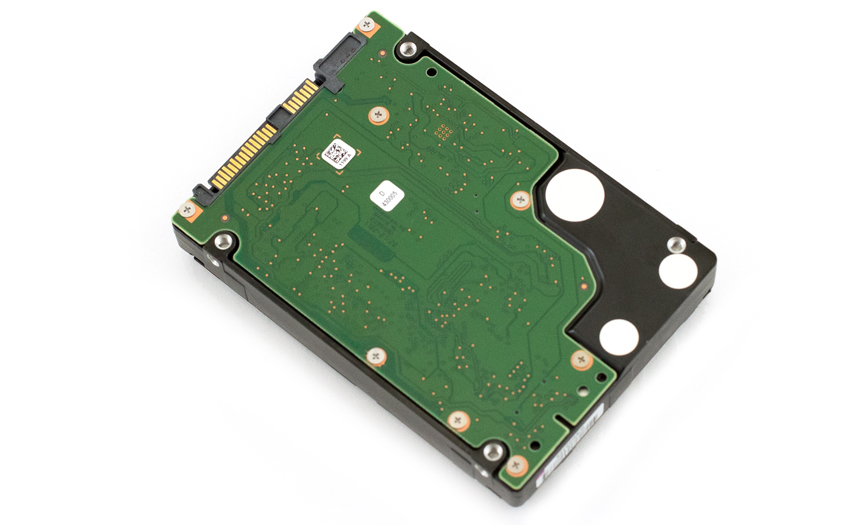 For this review, we will be testing the drives on the Dot Hill AssuredSAN 4824. The 16 drives then combined into one volume of 8 mirrored pairs (SQL Server and MySQL test) or in two groups of 4 mirrored pairs (VMMark).

In the enterprise market, there is a huge difference between how products claim to perform on paper and how they perform in a live production environment. We understand the importance of evaluating storage as a component of larger systems, most importantly how responsive storage is when interacting with key enterprise applications. To this end, we've rolled out application tests including our proprietary MySQL performance via SysBench, SQL Server performance via Benchmark Factory as well as VMmark virtualization performance by VMware.

The Percona MySQL database test via SysBench application test measures the performance of OLTP activity. This test measures average TPS (Transactions Per Second), average latency, as well as average 99th percentile latency over a range of 2 to 32 threads. Percona and MariaDB are using the Fusion-io flash-aware application APIs in the most recent releases of their databases, although for the purposes of this comparison we test each device in their "legacy" block-storage modes.

During our average transactions per second benchmark, the Seagate 10k v9 placed fifth wih 681 TPS. While far from the top performer it did fare beter than the previous two generations of the same drive.

With Sysbench average latency we saw similar placement with the 10K v9 beating previous generations with a latency of 47ms.

Looking at our worst-case MySQL latency scenario (99th percentile latency), the 10K v9 once again placed with with 116ms.

In our transacational benchmark the Seagate 1oK v9 scored an impressive 3,006.7 TPS, almost as good as the 15K v6.

In SQL Server average latency, the 10K v9 had another impressive showing of 248ms.

The ninth generation of Seagate’s 10K RPM Enterprise Performance HDD comes in upward capacities of 2.4TB, a large jump of the top capacity of the previous generation’s 1.8TB. The drive is a SAS interface 2.5” drive. With this form factor data centers can add quite a bit of high performing HDD capacity in a smaller footprint. The ninth generation sees a double in cache size, up to 256MB, and comes with all the other features one has come to expect from Seagate Enterprise Performance drives including PowerChoice technology, RAID Rebuild technology, and secure models including FIPS 140-2 and SED models.

Looking at performance, the drive was able to significantly out perform previous generations of the same type in our Sysbench test, but couldn’t beat the turbo or 15K models. In Sysbench TPS the Seagate 10K v9 hit 681 TPS, with an average latency of 47ms, and a worst-case scenario latency of 116ms. In our SQL Server test, the drive had a much more impressive performance almost matching the 15K in TPS (3,006.7 to 3,040) and showing an average latency of 248ms.

Seagate has taken its Enterprise Performance 10K drive and improved it in every way in this new generation making it an ideal choice for hybrid storage appliances and situations where the HDD economics make sense over flash.