Announced roughly a year ago, the Seagate Nytro 3000 line of enterprise SAS SSDs is making its way through the market. These drives are part of an endurance-driven family of SSDs designed specifically for demanding enterprise applications and to improve TCO. The use cases include server virtualization, databases, software-defined storage, and all-flash arrays. In this review, we will be looking at the Nytro 3530, the light-endurance line aimed at OLTP and other more mainstream workloads.

Announced roughly a year ago, the Seagate Nytro 3000 line of enterprise SAS SSDs is making its way through the market. These drives are part of an endurance-driven family of SSDs designed specifically for demanding enterprise applications and to improve TCO. The use cases include server virtualization, databases, software-defined storage, and all-flash arrays. In this review, we will be looking at the Nytro 3530, the light-endurance line aimed at OLTP and other more mainstream workloads. 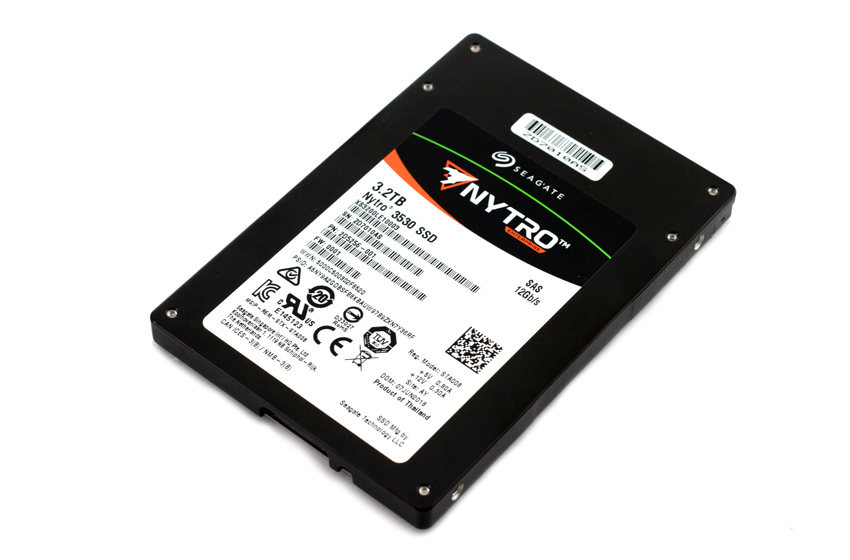 Though not as large as the 3033’s maximum capacity of 16TB, the Nytro 3530 line still offers capacities up to 3.2TB in a 2.5-inch form factor. It also offers endurance categories to match cost and performance requirements of all enterprise workloads. As far as what the Nytro 3530 is capable of in the performance column, the new Seagate drive is quoted to deliver some pretty solid numbers with 2,100MB/s and 1,260MB/s for sequential reads and writes, respectively, while random reads and writes are expected to reach up to 400,000 IOPS and 270,000 IOPS. 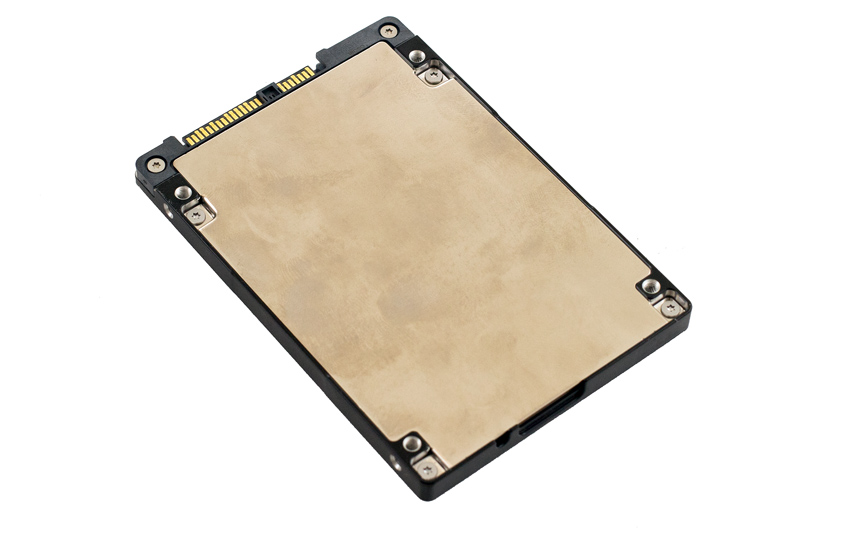 Our Enterprise SSD reviews leverage a Dell PowerEdge R740xd for synthetic benchmarks. Synthetic tests that don’t require a lot of CPU resources use the more traditional dual-processor server. In both cases, the intent is to showcase local storage in the best light possible that aligns with storage vendor maximum drive specs.

In our first VDBench Workload Analysis, Random 4K Read, the Nytro 3530 had sub-millisecond latency performance throughout the test like the other drives, while peaking at 159,720 IOPS with latency of 799.1ms.

With Random 4K writes the Nytro 3530 recorded a peak score of 132,211 IOPS and a latency of 959.2ms. Again, the Seagate drive remained below the millisecond latency mark throughout the test.

Switching over to sequential workloads, we first look at our 64K read test. In this workload, the Nytro 3530 had sub-millisecond latency for the vast majority of the test, while peaking at 995.2MB/s (or 15,293 IOPS) with a latency of 1002.8ms.

In sequential writes, the Seagate drive made it to approximately 11,589 IOPS until it surpassed a millisecond in latency while peaking at 12,327 IOPS or 770.5MB/s with 1,289ms latency.

In our next set of benchmarks, we move on to our SQL workloads where the Seagate drive was able to maintain sub-millisecond latency performances throughout all three tests (hovering around the 400-450ms~ mark). In the SQL test, the Seagate drive peaked at 91,564 IOPS with a latency of 348.8ms

Next is the Oracle workload, which posted a peak performance and latency of 113,333 IOPS and 307ms, respectively.

In our 80-20 test, the new Seagate drive recorded a peak performance of roughly 98,000 IOPS and the highest latency of around 222ms.

Next, we move on to our VDI clone test, Full and Linked. For VDI Full Clone Boot, the Seagate Nytro 3530 showed peak performance of 63,143 IOPS with a latency of 546ms, while maintaining sub-millisecond latency throughout the test (as well as the ones below).

VDI FC Initial Login saw the Seagate peaking at 30,741 IOPS with a latency of about 959ms.

For VDI FC Monday Login the Seagate Nytro drive peaked at 40,994 IOPS with a latency of 388ms.

Switching over to Linked Clone (LC) we first look at the boot test. Here, the new Seagate drive peaked at 30,973 IOPS and a latency of 516ms.

VDI LC Initial Login showed the drive’s peak performance at 22,939 IOPS and a latency of 345.3ms.

And finally, VDI LC Monday Login had the drive showed peak performance of 29,015 IOPS and a latency of 547.5ms.

The Seagate Nytro 3530 is part of the company’s newest high-performance and endurance-drive line of enterprise SATA SSDs. While certain models from the 2.5-inch Nytro 3000 family offer range of capacities up to 15TB, the 3530 goes as high as 3.2TB which addresses most mainstream enterprise workloads. The drive leverages the 3D eMLC NAND for some pretty impressive performance and endurance. Seagate quotes sustained sequential speeds up to 2,100MB/s read and up to 1,400B/s write with random speeds of 98K IOPS read and 19K IOPS write (for both the 3.2TB and 1.6TB models).

In terms of where the Nytro 3530 slots in with the rest of the enterprise SAS world, the results are very impressive. The drive leads in a few spots and is with the pack in many others, but most importantly it never falls down in any of our benchmarks. The 3530 also makes good strides when compared to the company’s previous SAS offering, the 1200.2, which was made in conjunction with Micron. The Nytro 3530 (and the 3000 family in general) is a nice progressive step forward that reminds us Seagate can be a significant player when it comes to flash. For their part Seagate has been pretty quiet about their intentions with SSDs, but if they’re quietly working in the background to release drives like the Nytro 3530, then so be it. The 3530 is a very strong drive and clearly a leader in the entry-enterprise SAS category.