There are many choices when buying flash to accelerate intensive desktop-oriented workloads like those for media and entertainment (M&E), oil and gas research, CAD and more. It's not always obvious though where to justify the expense when it comes to figuring out capacity vs performance vs form factor. We took the HP Z620 and Samsung's line of SSDs to get to the bottom of this question to determine which SSDs are best for intensive PC-based workloads.

There are many choices when buying flash to accelerate intensive desktop-oriented workloads like those for media and entertainment (M&E), oil and gas research, CAD and more. It's not always obvious though where to justify the expense when it comes to figuring out capacity vs performance vs form factor. We took the HP Z620 and Samsung's line of SSDs to get to the bottom of this question to determine which SSDs are best for intensive PC-based workloads.

In the mix of drives tested we considered the following products from Samsung, all class leaders in terms of performance and price:

All consumer SSD benchmarks are conducted with the HP Z620 testing platform. The comparables used for this review include: 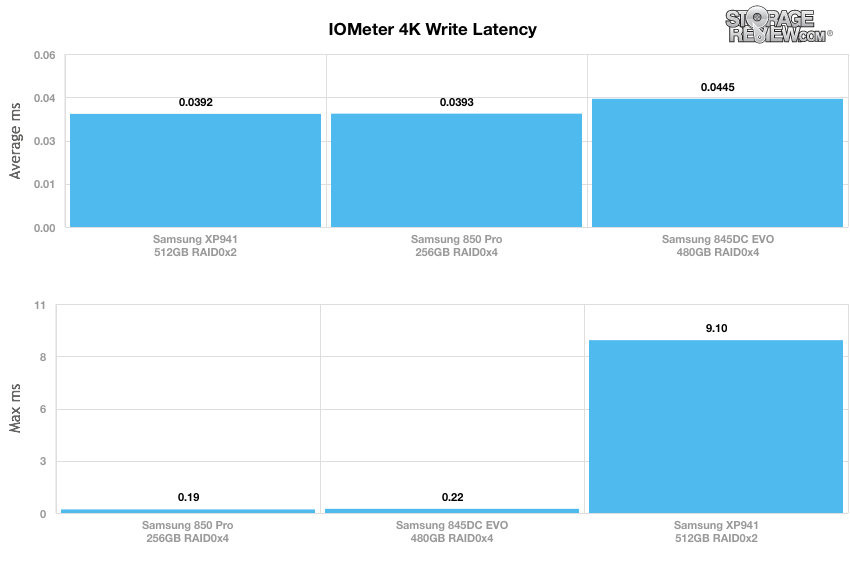 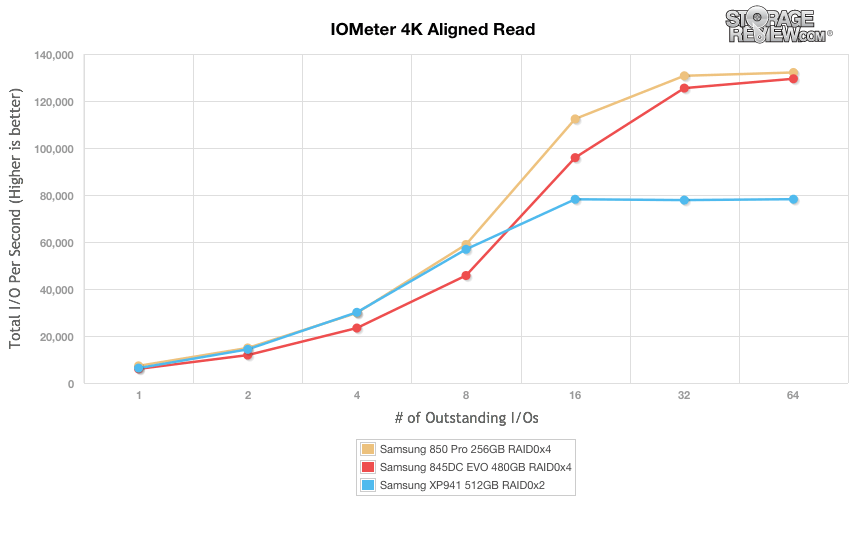 In our aligned write activity, the results were mirrored (with the 845DC EVO taking first place), though the discrepancy began at the 4QD this time around. 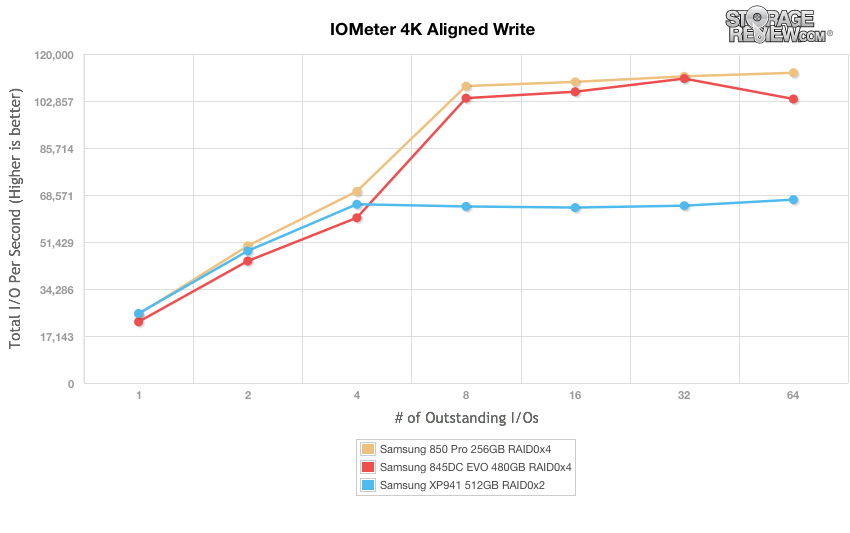 The database profile features a 67% read and 33% write workload focusing on transfers around 8K in size. Once the queue depth rises above two, the SSD 850 Pro separated from the pack, though by 128QD, the 845 EVO had the top spot. 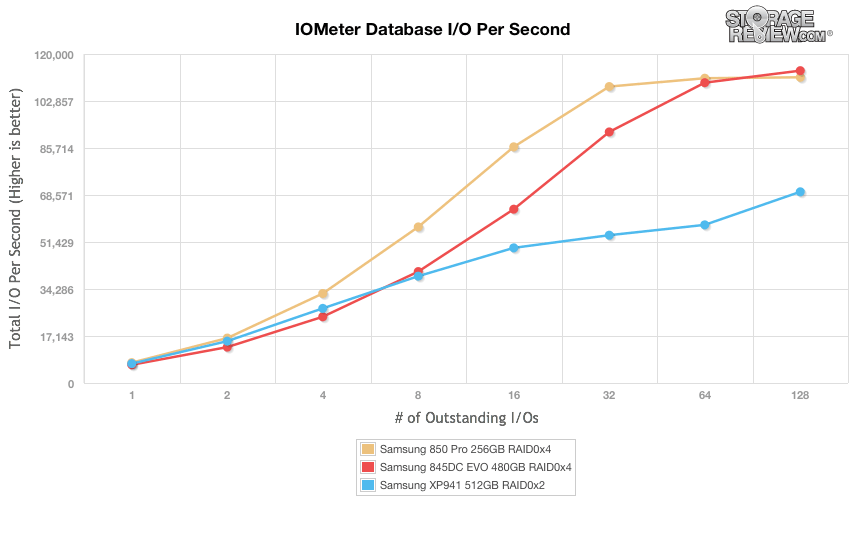 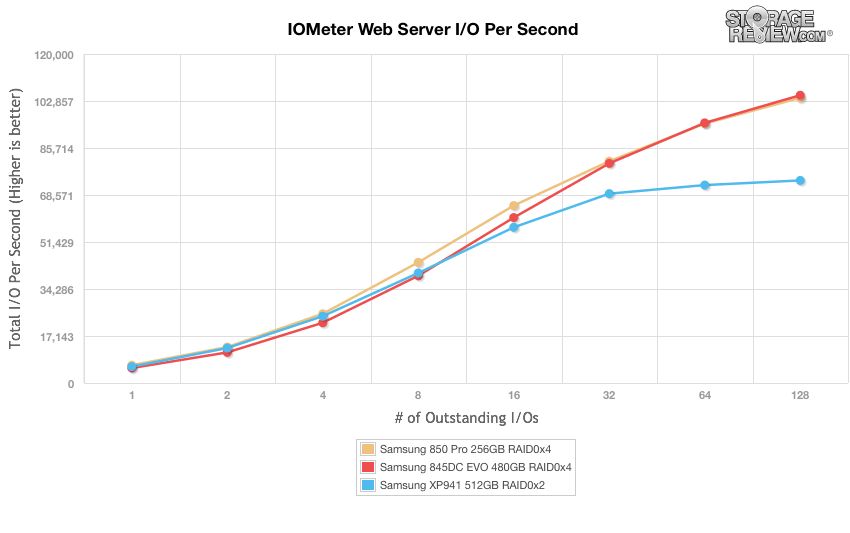 The file server profile has 80% read and 20% write workload spread out over multiple transfer sizes ranging from 512-byte to 64KB. Here, the clear top performer was the 850 PRO, though it trailed the 850 Pro and XP941 up until the 16QD. 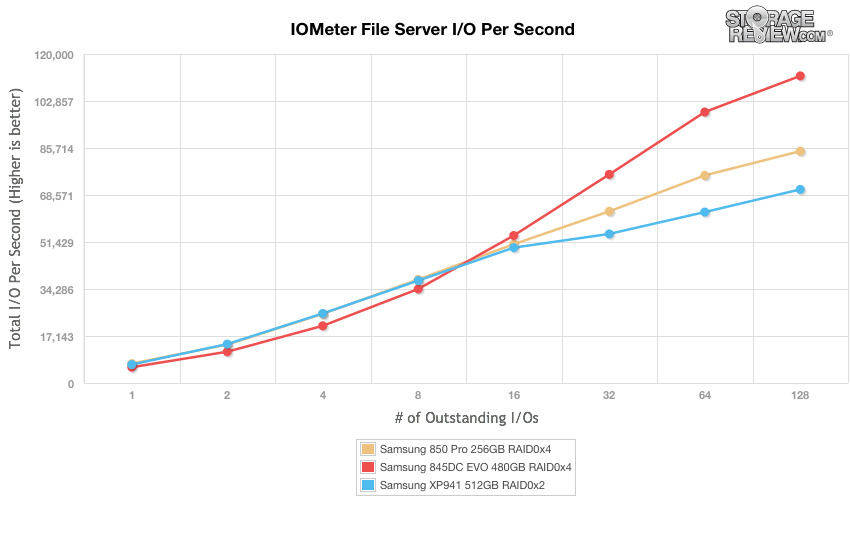 The last profile looks at workstation activity, with a 20% write and 80% read mixture using 8K transfers. By QD32, the 845DC EVO was the top performer with the 850 Pro trailing close behind. 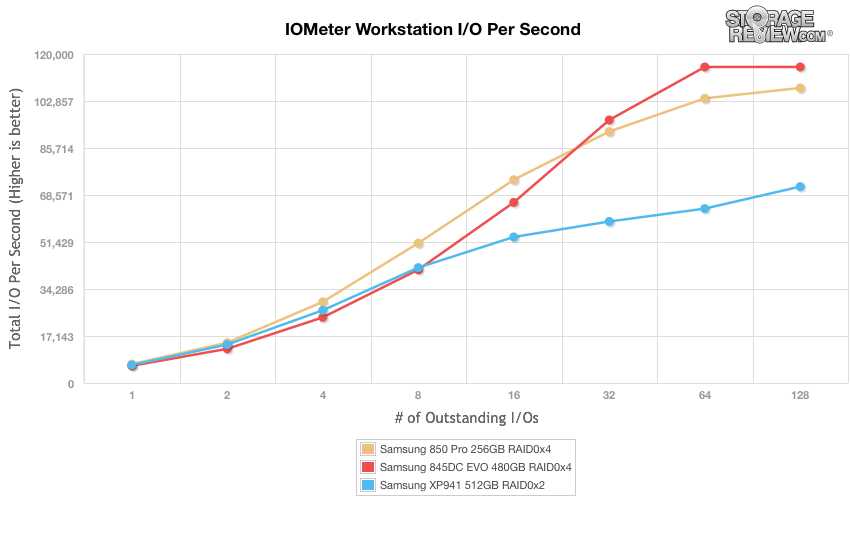 While the results of synthetic benchmarks are important to identify the key strengths and weaknesses of a drive, performance in these tests does not always translate directly into real-world situations. To get a better idea how the Samsung SSD 850 Pro will handle itself in the field we will chart StorageMark 2010 HTPC, Productivity, and Gaming traces against comparable drives. Higher IOPS and MB/s rates with lower latency times are preferred. 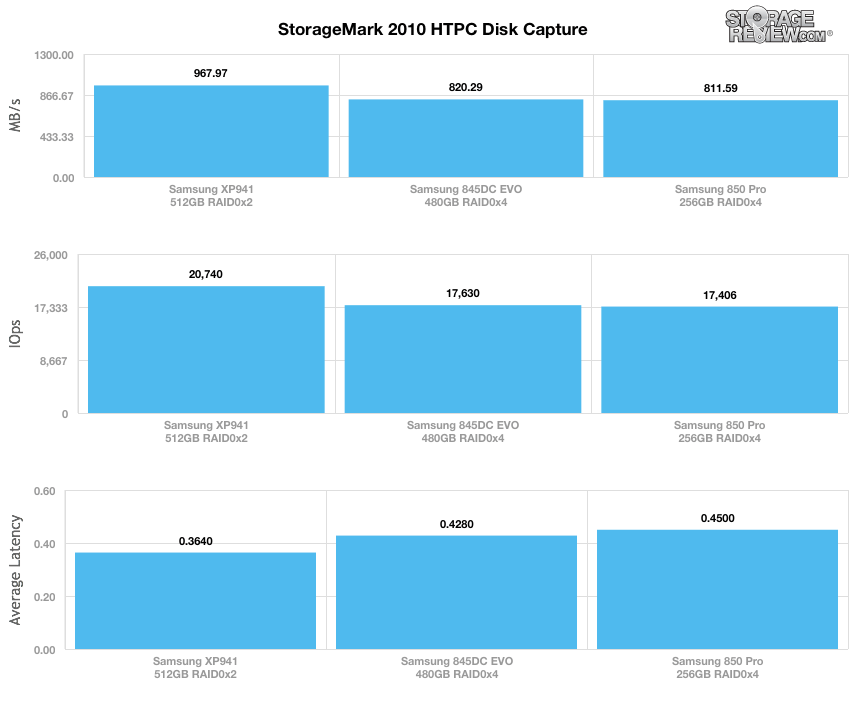 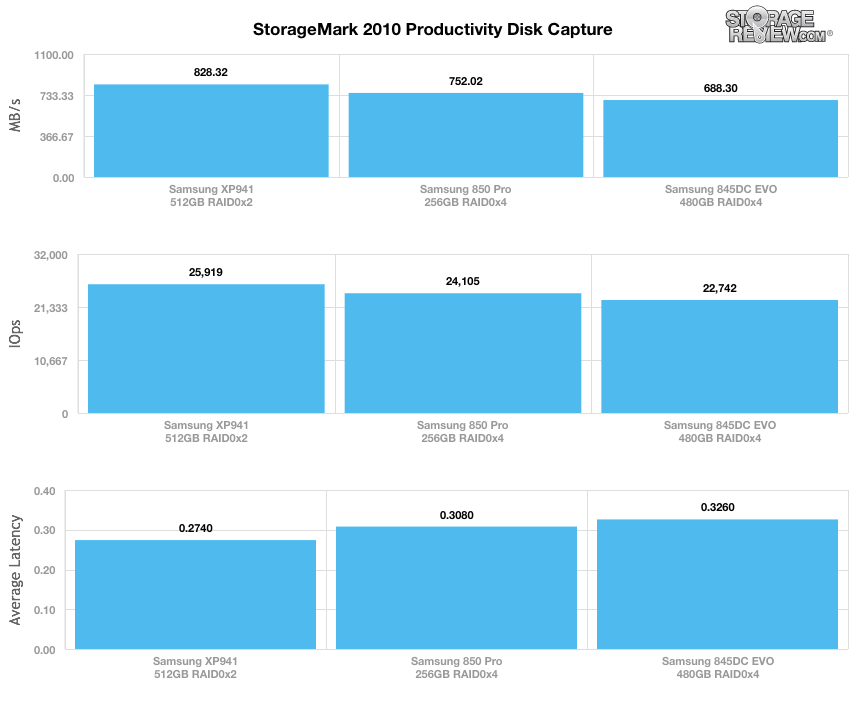 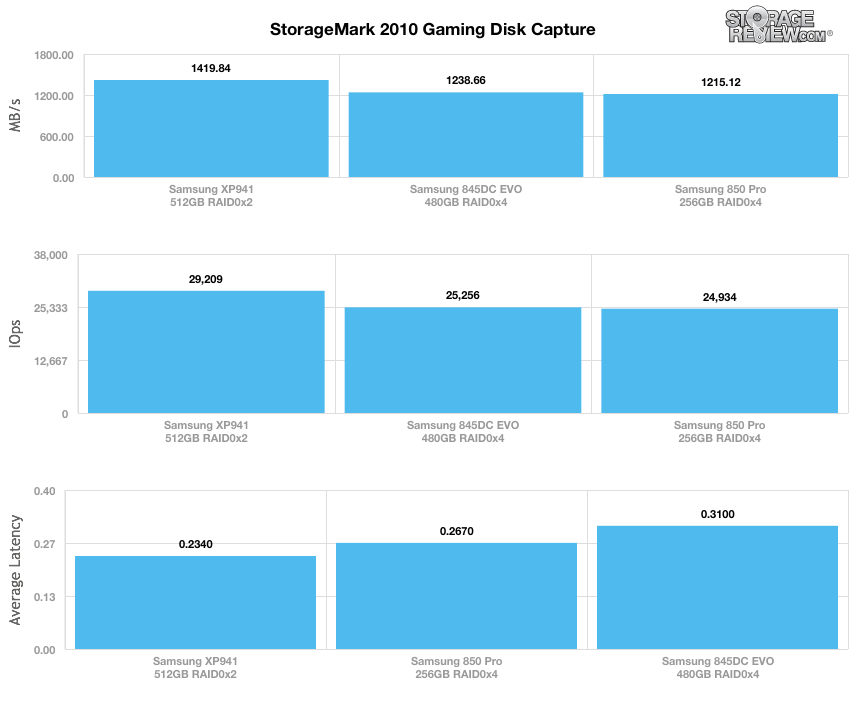 Here, the Samsung XP941 had the best results once again, though the 845DC EVO and 850 Pro drives switched places in average latency.

When it comes down to the best of the best, the HP workstation paired with the PCIe Samsung SSDs offer the best overall performance, top to bottom. In our case we used two of them in RAID0 to drive extreme performance within the PC host. The move to four SATA SSDs in RAID0 will see a drop in low-queue depth performance, though there are spots where 4 SSDs in RAID0 can scale higher, mixed workloads are the most obvious. However for M&E and intensive applications within a PC, the workloads tend to be more linear, where the PCIe SSDs show a huge performance incentive.