We like talking about flash because, well, it’s fast and makes applications smile thanks to low latency. But the reality is, hard drives still dominate the storage landscape whether you’re a hyperscaler or a small business — our readers certainly don’t need the hyperbolic rant about the speed of data growth. To help address these rapidly growing data needs, be it backup, media files, or unstructured data, Supermicro has many solutions. In this review, we take a look at Supermicro’s latest mainstream storage server that features 36 3.5″ hard drive bays and Intel’s latest 3rd Gen Scalable CPU.

We like talking about flash because, well, it’s fast and makes applications smile thanks to low latency. But the reality is, hard drives still dominate the storage landscape whether you’re a hyperscaler or a small business — our readers certainly don’t need the hyperbolic rant about the speed of data growth. To help address these rapidly growing data needs, be it backup, media files, or unstructured data, Supermicro has many solutions. In this review, we take a look at Supermicro’s latest mainstream storage server that features 36 3.5″ hard drive bays and Intel’s latest 3rd Gen Scalable CPU. 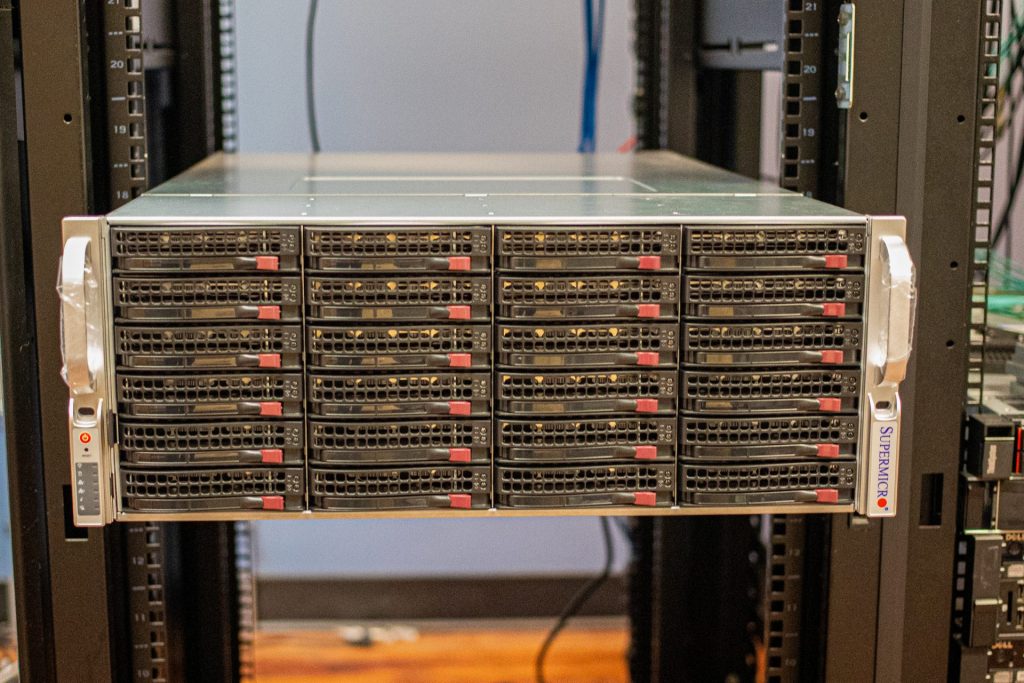 Supermicro offers a wide variety of storage servers, in additional to pure JBODs that are similar looking. Of course, the top of the line are NVMe servers. There’s also a line of destiny-optimized offerings in the top-loading storage server family. These are more designed for hyperscalers and other use cases where terabytes per rack U is the primary requirement. For the rest of the world, Supermicro offers what it calls enterprise-optimized storage servers. This family covers your commonly found 1U-4U options with externally accessed drive bays. 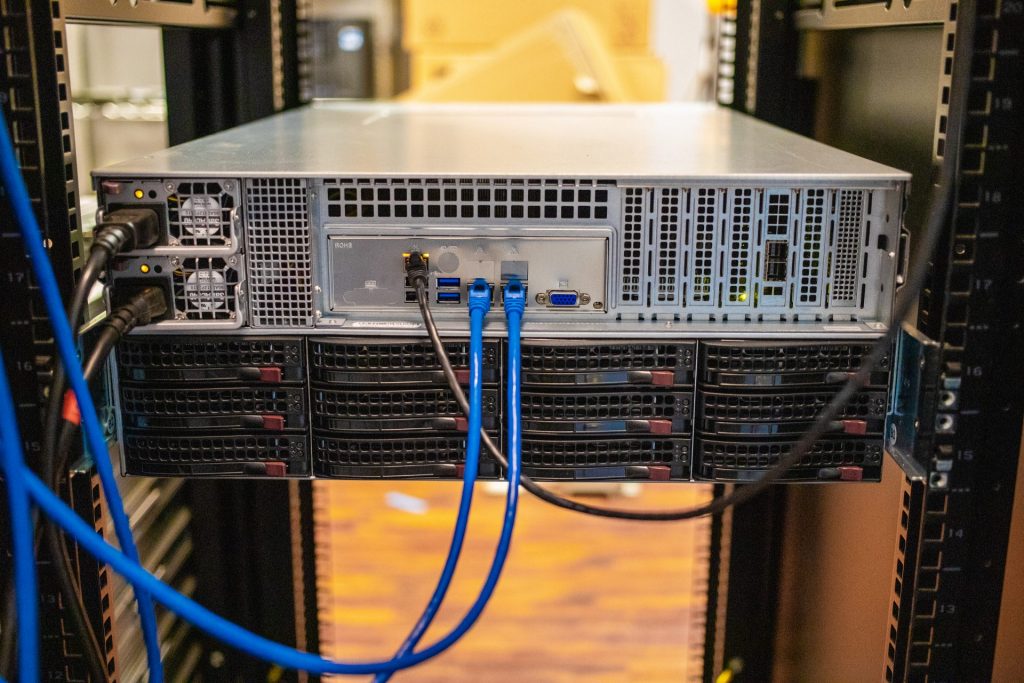 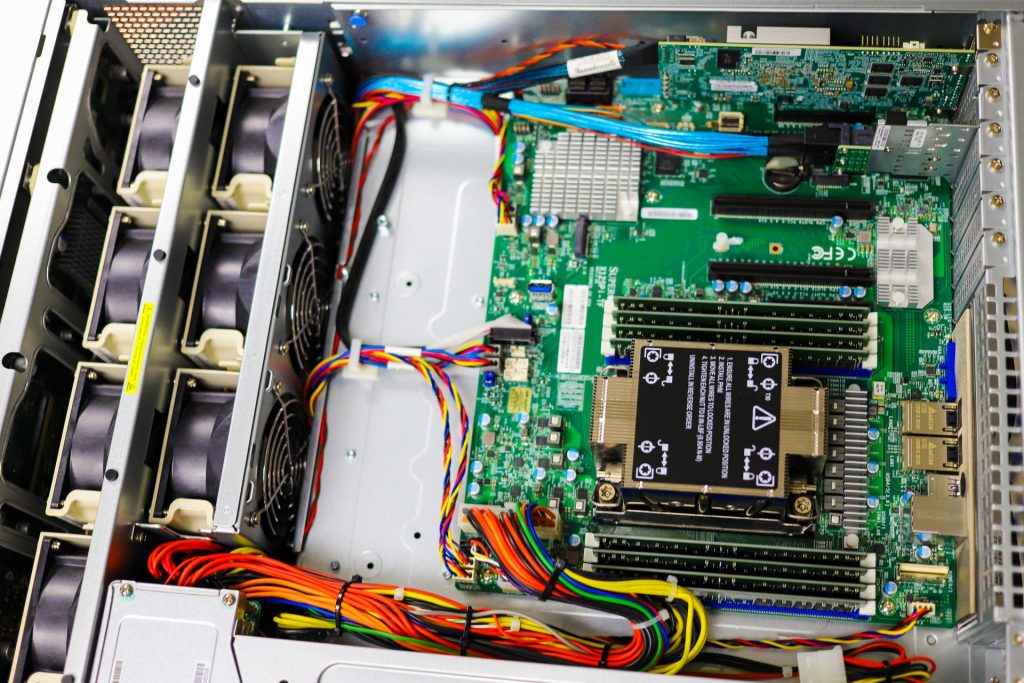 Internally, the Supermicro Storage SuperServer includes a single NVMe/SATA M.2 bay for boot. Should you prefer, there are also two SuperDOM (Disk on Module) ports with built-in power on the board. For those looking to be more adventurous with the internal storage, there is support for two internal fixed bay modules with support for up to 4x 2.5″ drives in total. 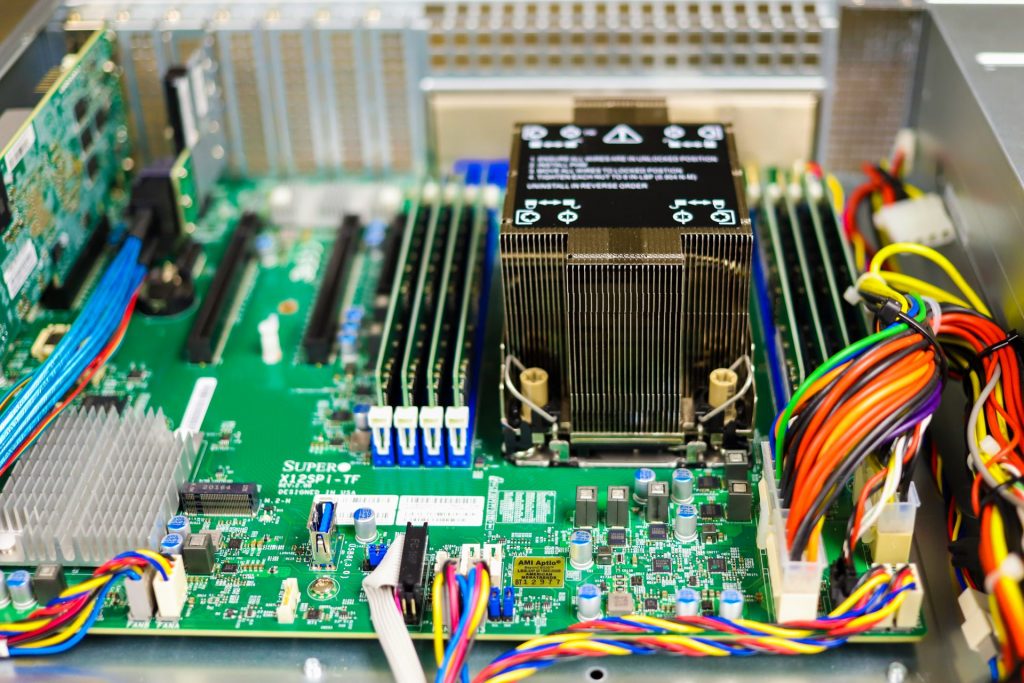 This system is a single-socket server, supporting Intel Ice Lake CPUs up to 270W TDP. The board also offers eight DDR4-3200 DIMM slots that do support Intel PMem, though that would be overkill for most in this particular system. The underlying motherboard is the Supermicro Super X12SPI-TF. 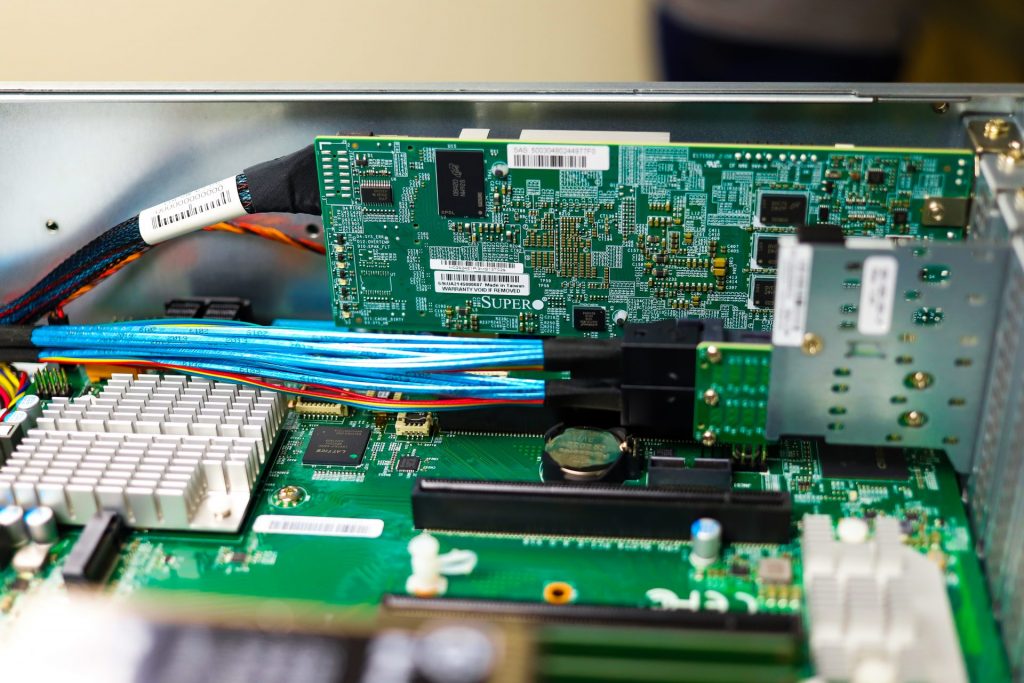 Looking at expansion, Supermicro includes two PCI-E 4.0 x16 (LP) slots and two PCI-E 4.0 x8 (LP) slots. This gives the end-user quite a bit of flexibility via add-in cards. Supermicro has equipped the server with twin Intel Ethernet Controller X550 10GbE RJ45 NICs. There’s also a GbE port for IPMI server management. Visible in the above photo and on the rear-view of the chassis is an add-on card for JBOD expansion, which ties in directly to the SAS expander on this server. This allows for easy and affordable expansion of the storage pool on the server since it ties in directly to the primary RAID card.

For this review, we secured 32 Western Digital Ultrastar DC HC520 12TB hard drives. 32 may seem an odd amount for a 36-bay storage server. Either I asked for four short of our count or WD said we could only have 32. Either way, we’re still very well stocked on storage, the 12TB drives give us 384TB of raw storage with four drive bays for expansion or hot spares. 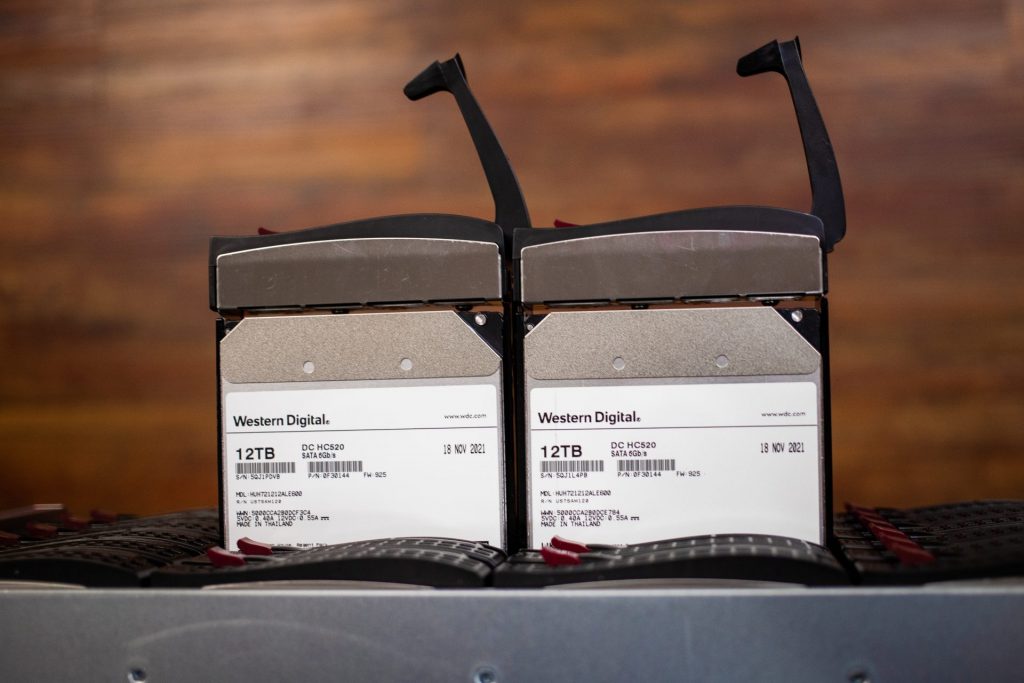 If we were going for a density hero number, of course, WD’s 20TB HDDs would be preferable. But the reality is that in the enterprise and certainly with most SMBs that have a large data footprint, economics enters the conversation sooner than later. The 12TB HC520 can be found for under $400 in retail, and that’s not even a volume price. The drives are still in production and have been one of WD’s strongest workhorse HDDs in this capacity point. Our review units have a November 2021 build date. 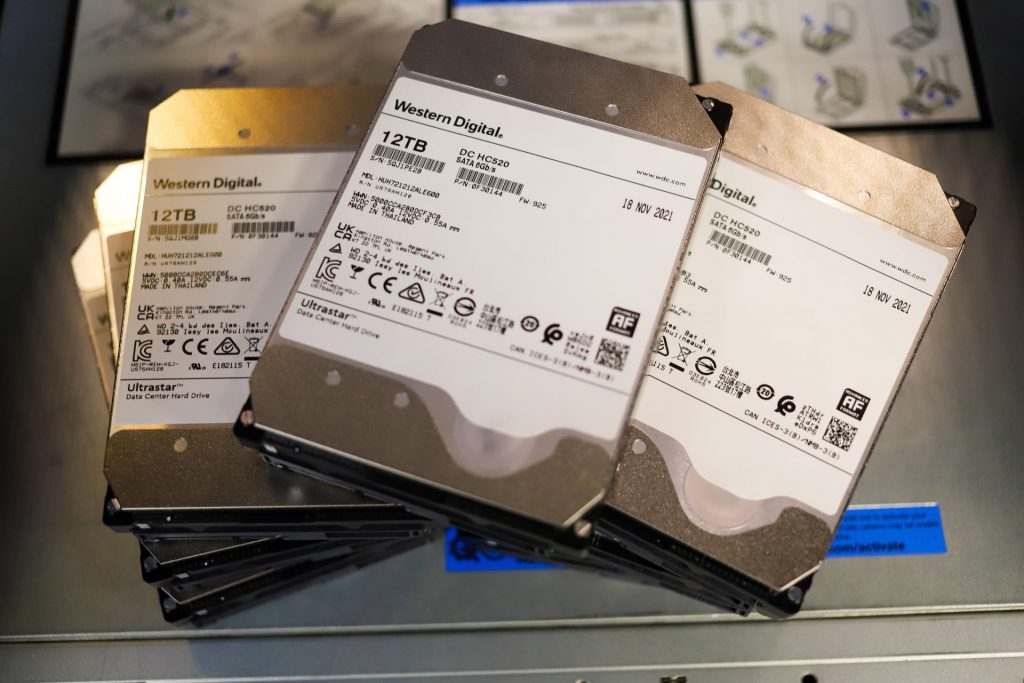 For its part, the HC520 is available in either a SAS or SATA part with capacities ranging up to 12TB. The drives are helium sealed and feature a 7200 RPM spindle speed. Each drive is rated to deliver a maximum of 255MB/s, meaning our Supermicro Storage SuperServer with 32 drives can deliver a best-case 8,000MB/s which will easily saturate its twin 10GbE ports in some workloads. The full WD HC520 spec sheet can be found here. 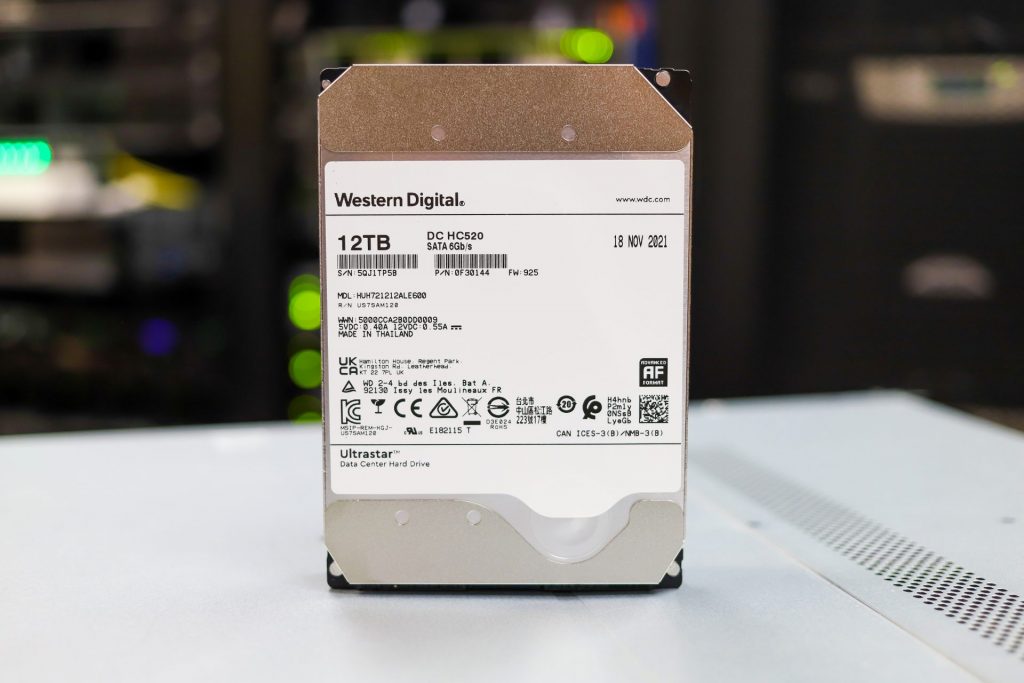 With the capacity storage sorted, we installed a Supermicro SATADOM for boot duties. While many will prefer the M.2 option for boot, the and user has options. To help us aggregate the storage and share it out to the network, we installed TrueNAS CORE. With the specifications available, even in this single-socket configuration, the argument could be made that internal benchmarks would be appropriate. We simply opted to leverage shared storage via TrueNAS for this review. 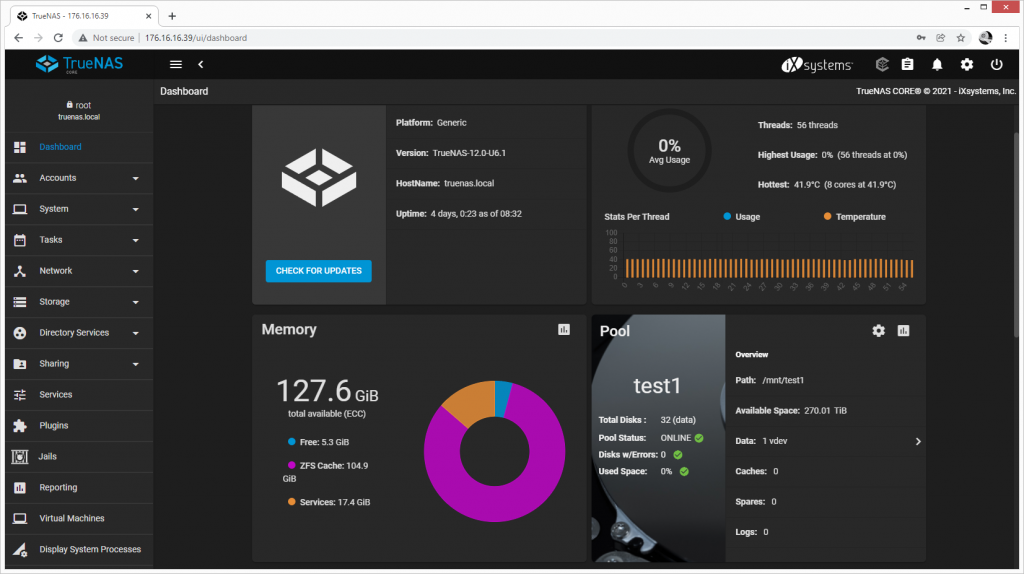 To show just how easy it is to get this platform rolling, we deployed TrueNAS CORE on this Supermicro Storage SuperServer, leveraging the onboard Intel dual-port 10GbE interface for connectivity. Leveraging the 32-supplied WD HDDs, we opted for RAIDZ3, giving us protection from three drive failures. 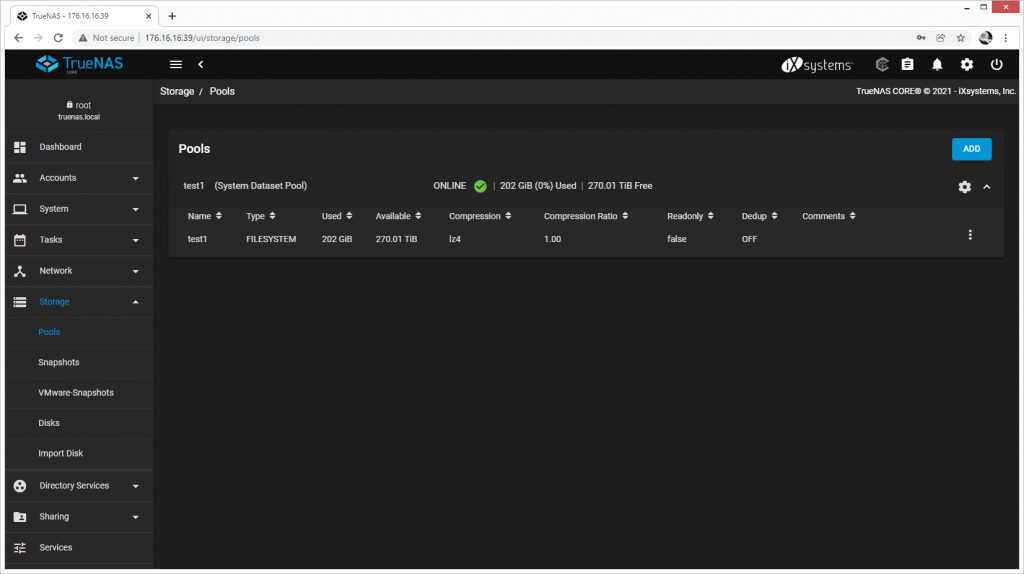 Using the default filesystem configuration, we had LZ4 compression enabled with deduplication turned off. We then created four shared folders for testing SMB performance and four 25GB iSCSI LUNs for block storage performance. 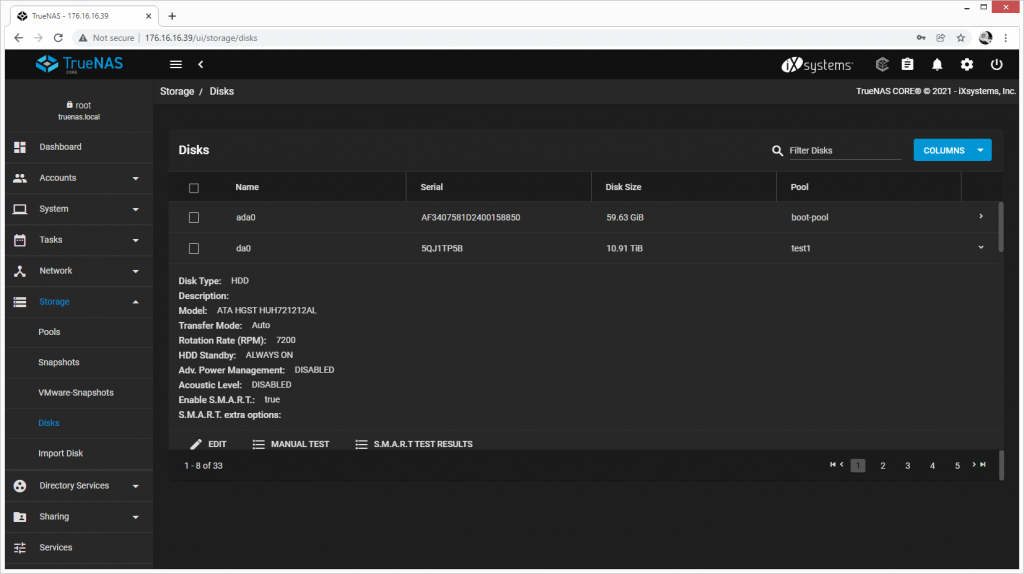 Next is 4K average latency. Here, the Supermicro SuperServer hit 16.45ms latencies of write and 0.83ms read in the iSCSI configuration while SMB recorded 16.81ms write and 2.38ms read.

In standard deviation, the Supermicro SuperServer showed reads and writes of 18.77ms and 13.68 ms in iSCSI, respectively, while SMB showed 1.82ms read and 10.67ms write in SMB. 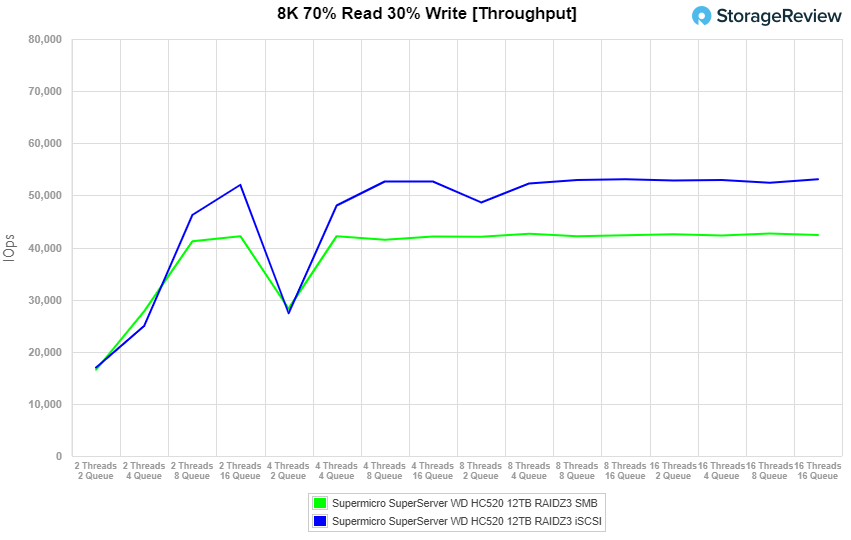 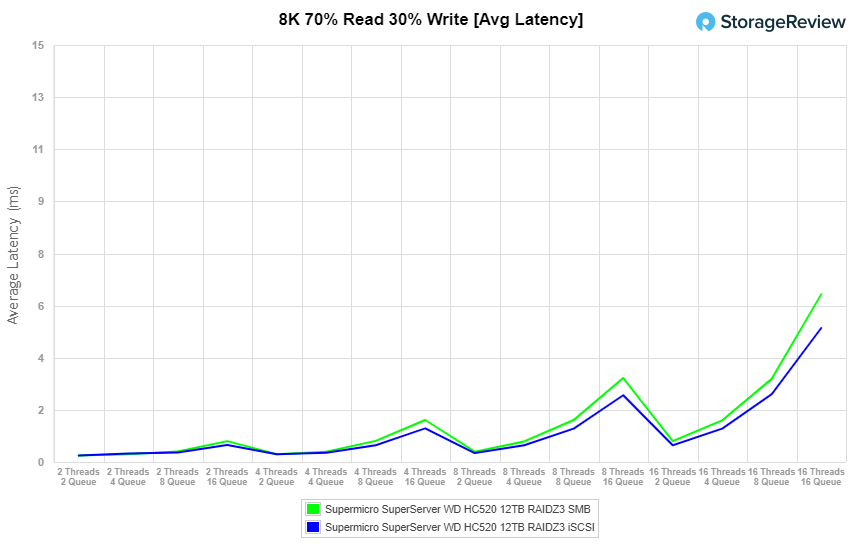 For max latency, the Supermicro SuperServer posted a range of 12.67ms to 244.42ms in iSCSI, while SMB showed 10.03ms through 42.1ms in the terminal queue depths. 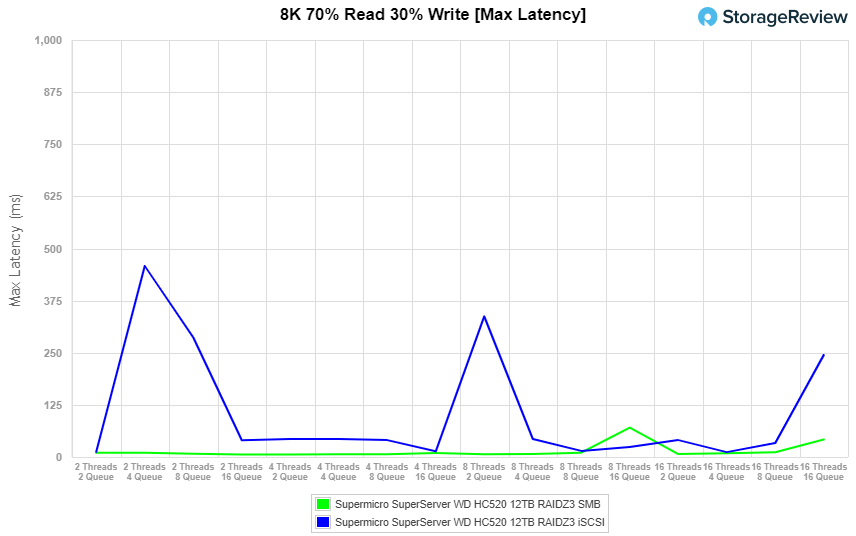 The standard deviation latency results, the Supermicro SuperServer had a range of 0.08ms to 3.86ms in iSCSI while SMB recorded 0.07ms through 1.84ms. 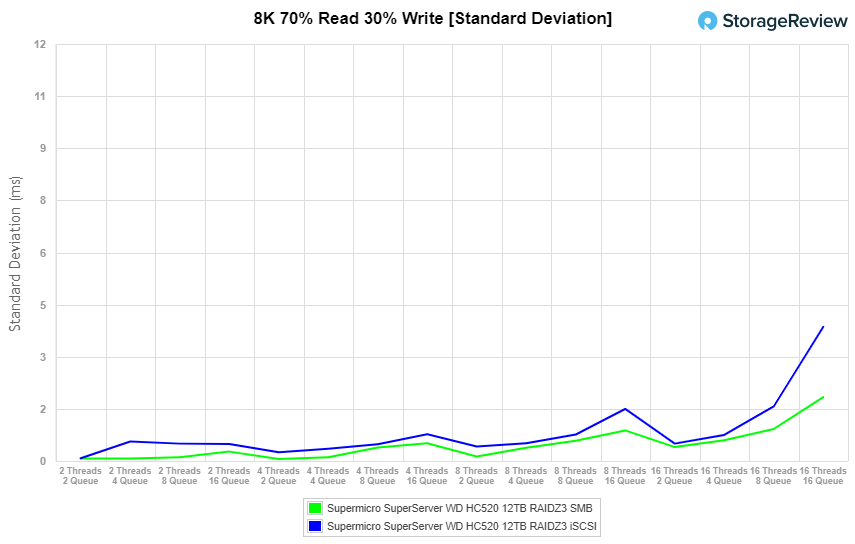 The Supermicro Storage SuperServer is a 36-bay mainstream storage server powered by Intel’s latest 3rd Gen Scalable CPU and is a great solution to help organizations with their rapidly growing data needs, such as backup, media files, or unstructured data.

For performance, we tested the Supermicro SuperServer using both iSCSI and SMB connectivity, populating the server with the 32 Western Digital Ultrastar DC HC520 12TB hard drives. We installed TrueNAS CORE to share the storage over the network, the drives in RAIDZ3 for resiliency. We used the native twin Intel 10GbE ports on the Supermicro box. 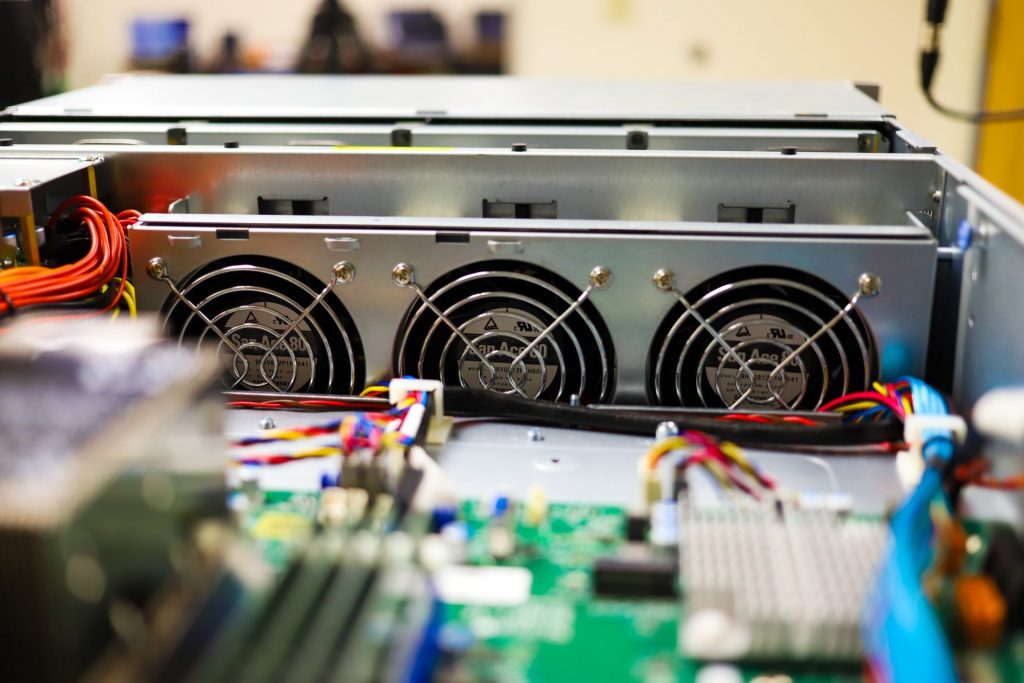 Finally, in our large-block sequential 128K benchmark, the Supermicro SuperServer posted 2.32GB/s read and 2.31GB/s write in iSCSI and 2.31GB/s read and 2.31GB/s write in SMB. At this point we were saturating both onboard 10GbE NICs, showing that this server has much more to give. If your use case is dependent on large block sequential workloads, it may be worth investing in a faster add-in card. This server has plenty of room for expansion.

Storage servers of this nature have been fundamental to supporting a wide range of use cases over the years, supporting the explosion of data in the enterprise. Supermicro has done well with this server, offering a progressive update thanks to the new 3rd Gen Intel Scalable CPU. Even though this rig is designed for optimized capacity, Supermicro does offer support for 2.5″ NVMe bays in the back and the board supports Intel PMem, in the event you need this thing to really scream. For everyone else this particular combo of Supermicro gear, affordable 12TB WD hard drives and TrueNAS CORE layered on top, will be more than enough.

Leostream and AWS: Flexible Virtual Desktops in the Cloud