The Toshiba Canvio AeroCast Wireless HDD is a portable external hard drive for everyday consumers. The device is geared for users that have a large media library that they would like to take with them, say on a vacation, but don’t want to load the entire library onto their mobile devices. Instead they can load up the selected files: videos, photos, music, or documents, and share the files with up to five other users regardless of internet connection.

The Toshiba Canvio AeroCast Wireless HDD is a portable external hard drive for everyday consumers. The device is geared for users that have a large media library that they would like to take with them, say on a vacation, but don’t want to load the entire library onto their mobile devices. Instead they can load up the selected files: videos, photos, music, or documents, and share the files with up to five other users regardless of internet connection. 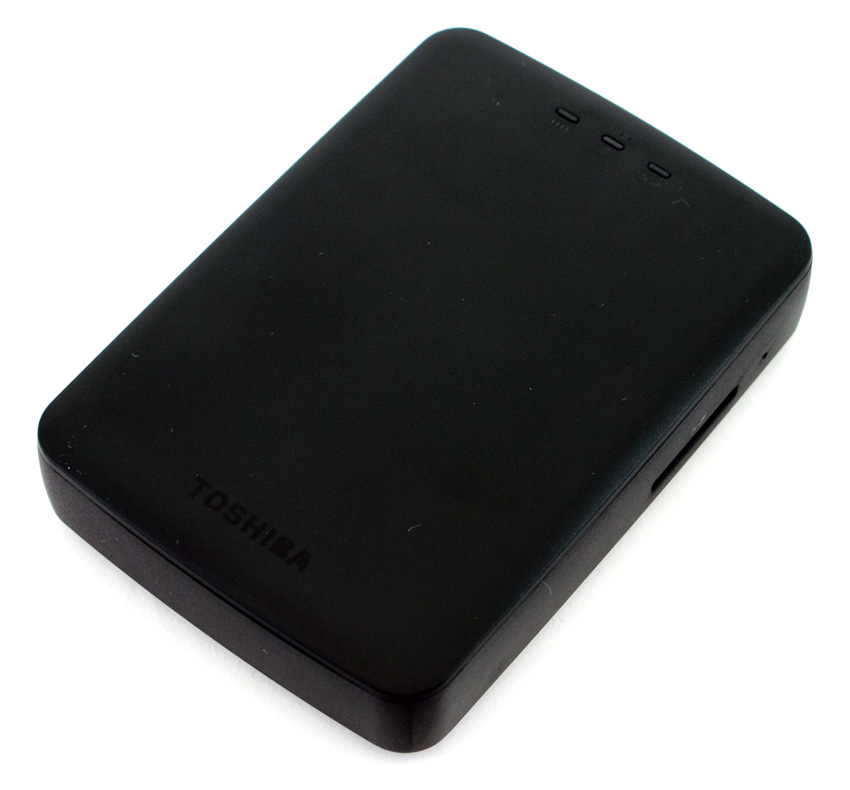 Working well with both Android and iOS platforms, the Toshiba Canvio AeroCast Wireless HDD has its own Wi-Fi connection so internet is not required. Fill the drive with the media you like from your home computer and you can stream it from wherever you are. Or as you take photos, videos, or documents on the go you can back them up to your Canvio AeroCast. The drive comes with a rechargeable battery so there is no concern about having it plugged in while in use. Media can be streamed to a television through a ChromeCast streaming device, so the whole family can enjoy the videos and photos shot on vacation.

The Toshiba Canvio AeroCast Wireless HDD comes with a 1-year limited warranty and has a street price of $139.99.

Overall the device is quite portable, which of course is one of the main selling points. It is not much larger than an iPhone 4, though it is about twice as thick. The device is small enough to fit in your pocket, perhaps not too comfortably. 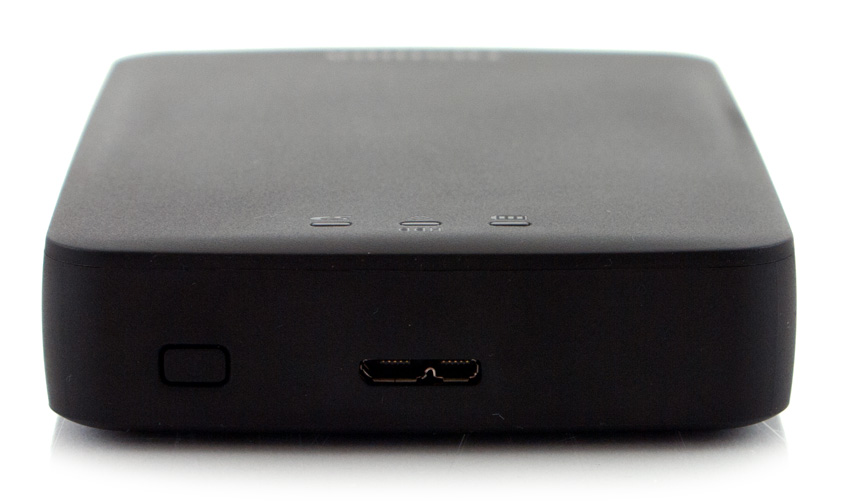 On the side of the device by the LED lights are the power button and a micro USB 3.0 port. USB 3.0 is great for transfering directly from a computer, some wireless drives have reverted to much slower USB 2.0 to save on build cost. Going around to the left of that side we see a recessed reset button and a slot for an SD card.

The Toshiba Canvio AeroCast Wireless HDD is completely managed through mobile devices. User can attach the device to either their PCs or Macs (Mac computers will need a driver downloaded for NTFS support), transfer files they wish to use on the go, and then eject the drive and take it with them. The drive is managed through Toshiba’s Wireless HDD app for mobile devices. Once downloaded the user must go through the setting on their mobile device, find the Toshiba wireless HDD in the Wi-Fi setting, enter the password, and then they will be ready to start using the drive. For our testing we used an iPhone 6 Plus and an iPad Air 2.

The main page is broken into quarters with sections for pictures, videos, music, and documents. Along the top of the page are tabs for whether an SD card is connected (and the ability to detect or unmount the SD card), battery life, wireless connection, and a setting button. Along the bottom of the screen are tabs for the HDD, an SD card, or local for the files on the mobile device. Pressing the local tab allows users to access and upload the files from their device. 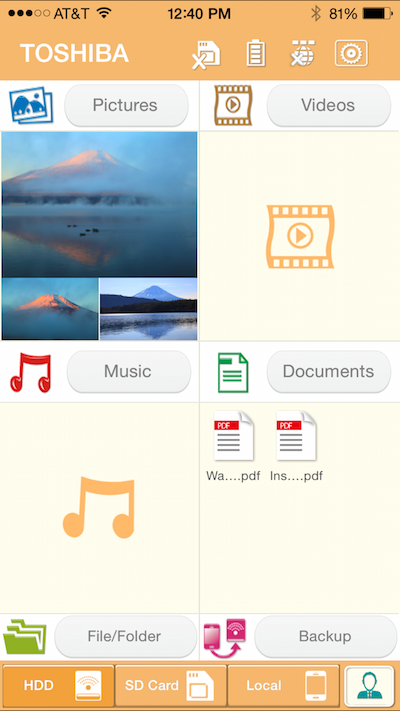 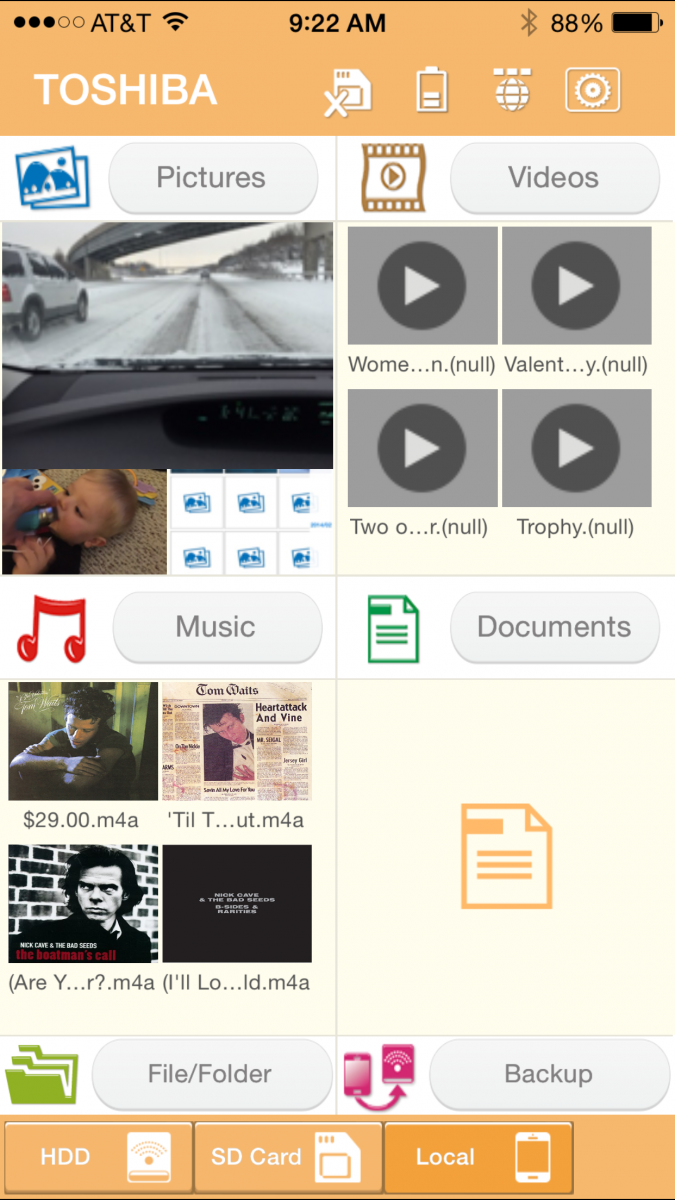 Under the settings tab, users can setup connections, change the passwords and permissions of the drive, enable video cache, general information about the device, and define up to four users to upload content. 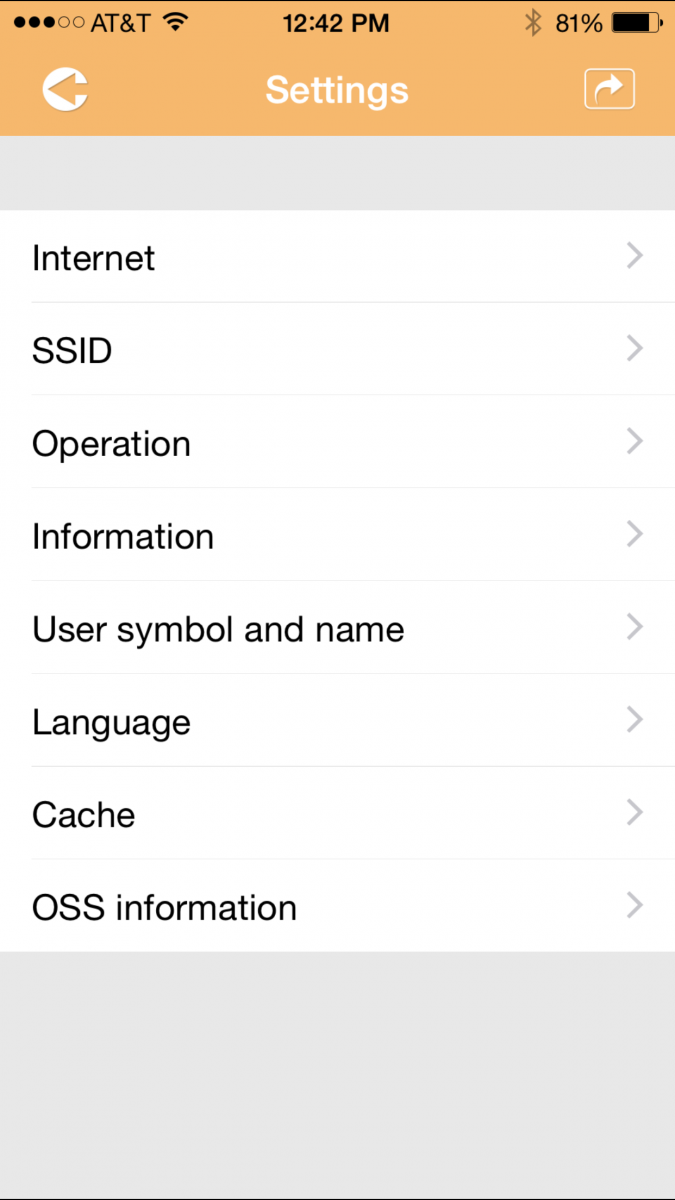 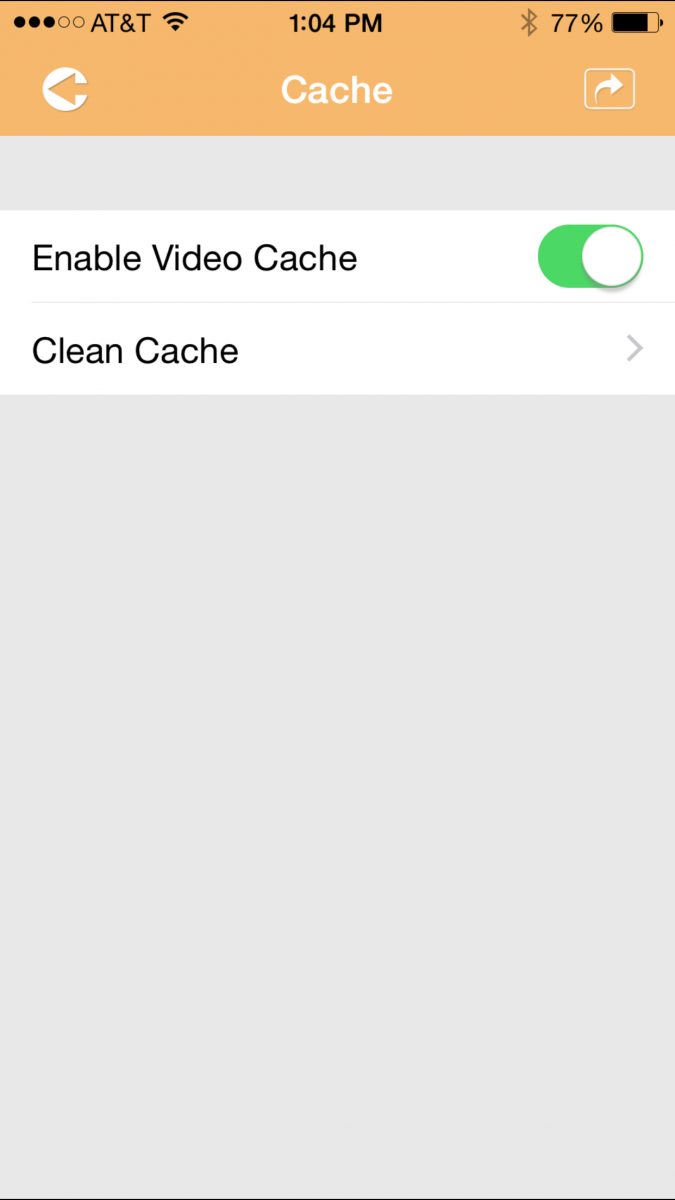 Through the internet tab users can setup a bridge connection, allowing users to still use the HDD while staying on the internet uninterrupted. 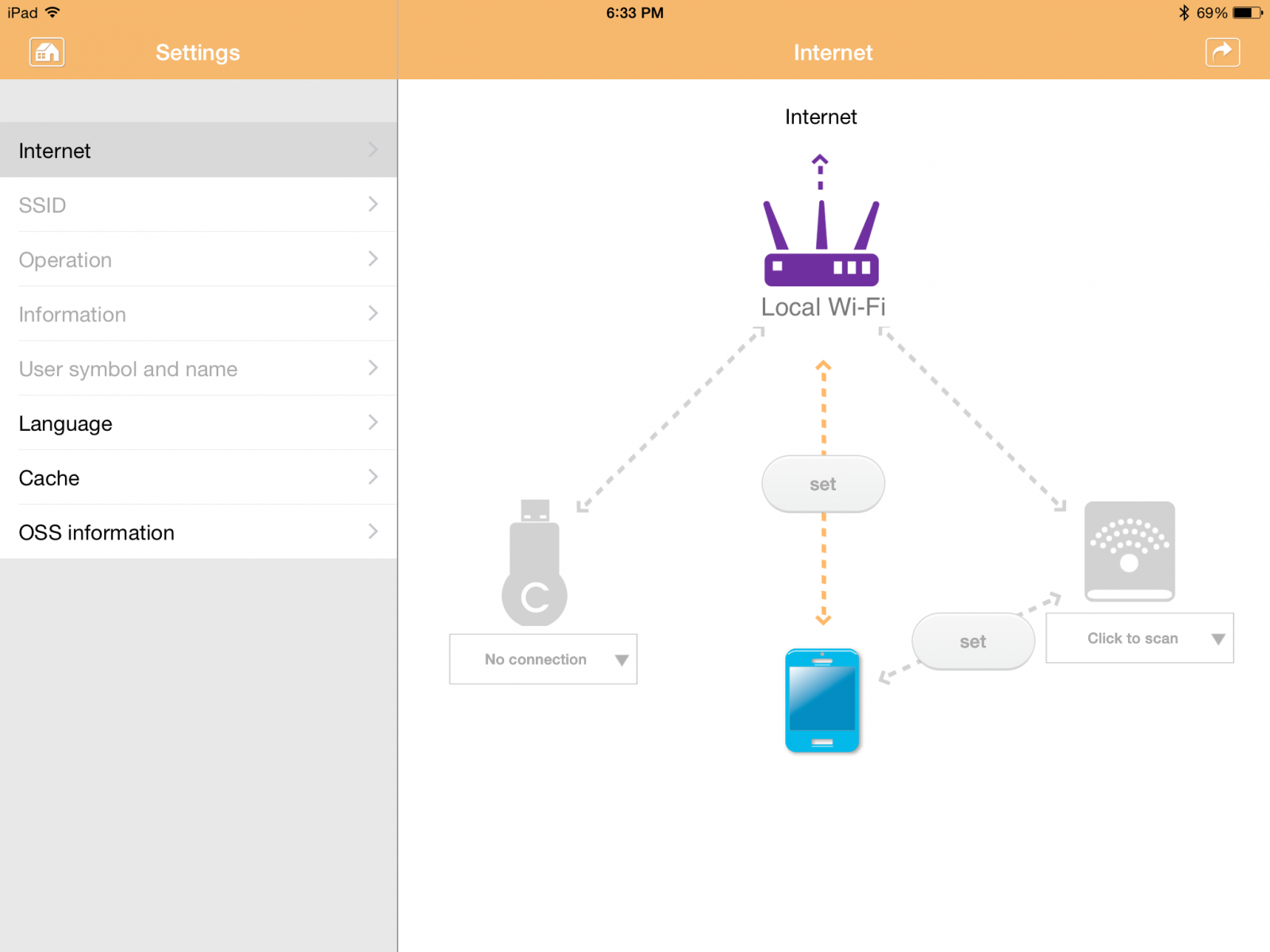 After setting up user symbols and names, local backup can be selected for each user. 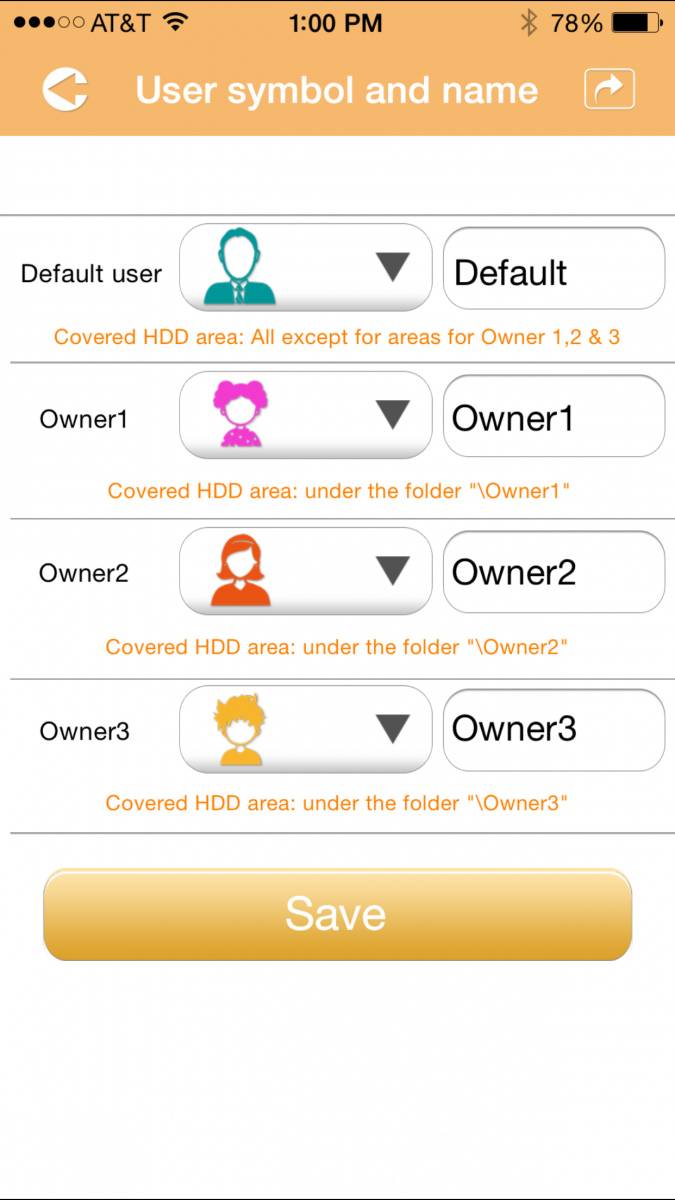 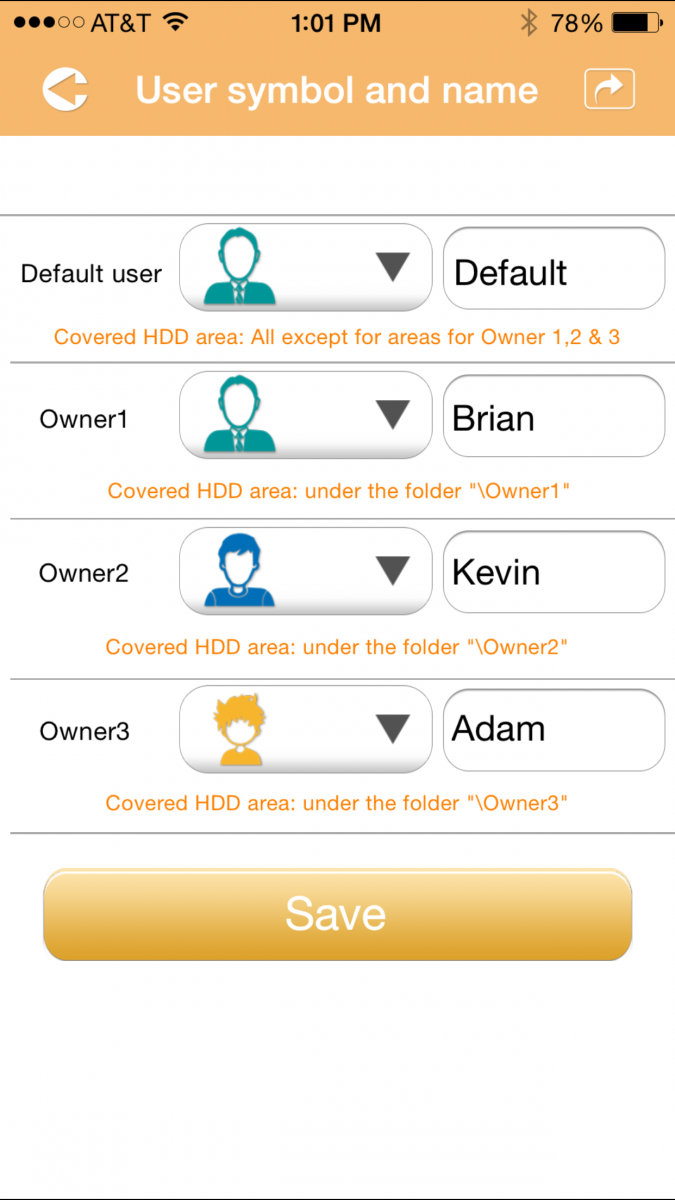 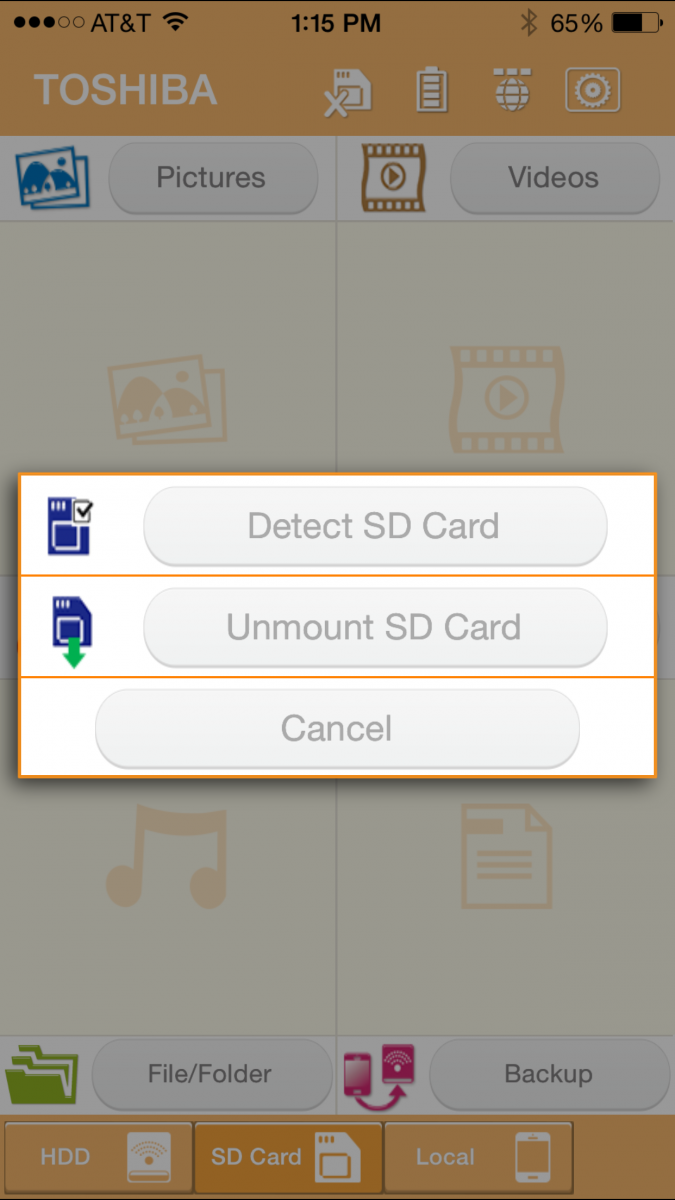 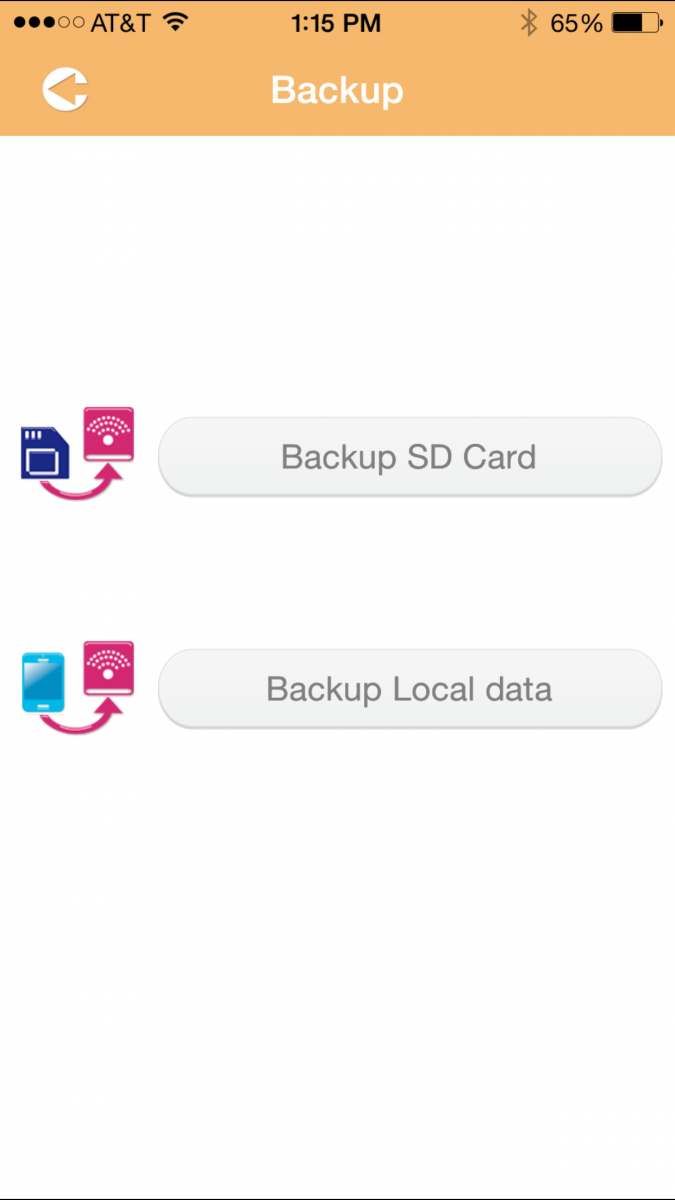 The setup was simple enough, download the app, find the HDD, enter the password, and we were good to go. The interface is easy to navigate, nothing really jumps out as overly complicated or confusing. There was a bit of a problem getting the NTFS driver to work (the one provided did not work so we downloaded one from TUXERA). The device uploaded content quickly, however there was a delay as to when the content could be viewed from the device. We could upload photos and videos taken from an iPhone 6 plus in a matter of a few seconds, twenty to thirty seconds on the outside. Uploading content from a desktop was super fast. Once we got the files onto the HDD it actually took longer for them to buffer than it did to upload them. Downloading was much faster than uploading. We were able to transfer 2.97GB of data from an SD card in just about 5 minutes, or 10.1MB/s.

The Toshiba Canvio AeroCast Wireless HDD is an easy to setup portable hard drive for users that want to take media with them on the go. It comes with a rechargeable battery with up to five hours of life and its own Wi-Fi connection so no internet is required. Up to six devices can be connected at once and up to four users can upload content. The HDD has an SD port to backup or make room for SD cards, which is especially handy for photographers.

From a performance perspective, it uploaded and download files quickly enough and was simple to setup and navigate the interface. There were quite a few restarts involved in getting the device to work as advertised though and each time we had to go back through settings to configure the Wi-Fi. Streaming the files took a little bit to get started, longer than the upload actually, but the results were good. The SD card backup was the easiest part, with fast transfer speeds and a nice value-add in a portable wireless drive. Overall the unit is pretty easy to get along with but some tasks are slower to complete, so some degree of patience is required.

The Toshiba Canvio AeroCast Wireless HDD is ideal for users that want a large multi media library with them without the storage tax on their mobile devices. USB 3.0 connectivity and SD card slot add to the versatility.