The FlashAir II Wireless is Toshiba’s versatile SD Card with a built-in wireless LAN chip and antenna, allowing users to deliver  high-res images to their computer, smartphone or tablet wirelessly and without the need of an Internet connection. Toshiba’s updated FlashAir line now also boasts a Class 10 speed designation compared to its predecessor’s Class 6.

The FlashAir II Wireless is Toshiba’s versatile SD Card with a built-in wireless LAN chip and antenna, allowing users to deliver high-res images to their computer, smartphone or tablet wirelessly and without the need of an Internet connection. Toshiba’s updated FlashAir line now also boasts a Class 10 speed designation compared to its predecessor’s Class 6. 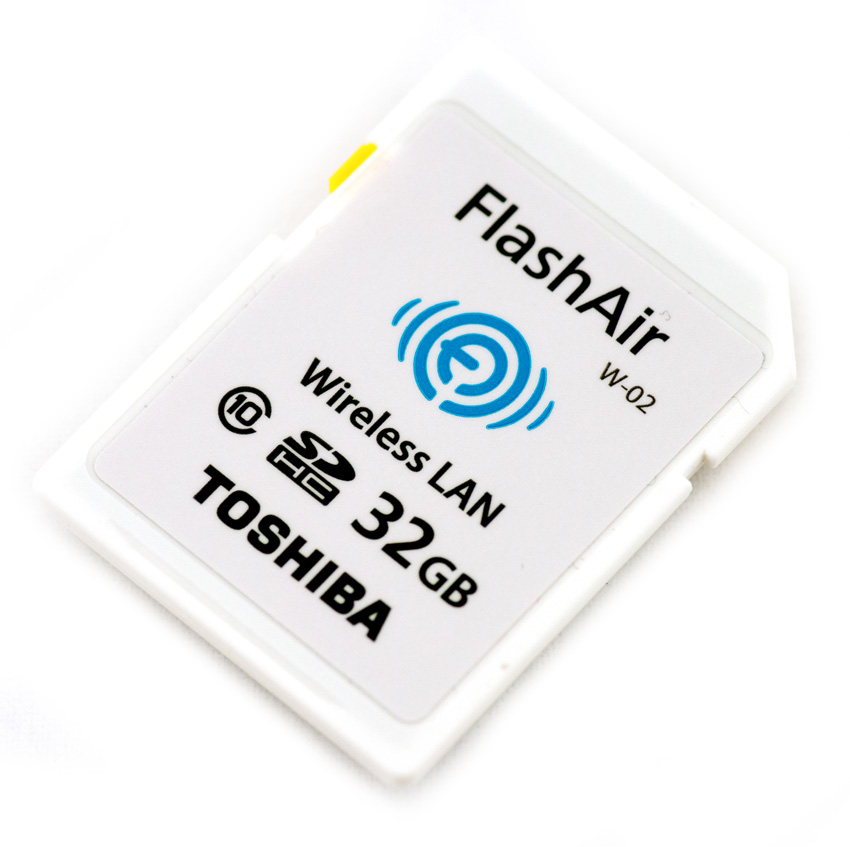 Toshiba’s FlashAir II SD card functions as web server and Wi-Fi LAN access point, supporting simultaneous access of up to seven devices. With these features, any mobile device with WLAN–including smartphones and tablets–can access the data stored the SD Card without the need to remove the card or access the camera via a cord and PC. Another useful feature is the Internet pass-thru, which gives users the option to transfer their photos from the SD card to their device of choice by allowing a connection to a second access point (e.g. PC or router). Toshiba also offers a free mobile app for iOS and Android as well as support for web browsers.

Though Wi-Fi compatible SD cards are manufactured by relatively few companies, they still remain a popular option for many photographers. The ability to wirelessly connect cameras to a smartphone, computer, or even the cloud, is a functionality that is very attractive because it allows photographers to transfer images while on location and removes the need for both card readers and cables. Additionally, it also saves quite a bit of time and effort on jobs. That said, wireless SD cards aren’t just for professional photographers; they also offer a lot of appeal to the casual consumer since cordless setups are becoming more and more mainstream. It will be interesting to see how well the FlashAir II does performance-wise and how it stacks up to traditional SD cards.

The Toshiba FlashAir II comes in capacities of 16GB and 32GB priced at $54 and $70 respectively inclusive of a 5-year standard limited warranty. Our review unit is the 32GB capacity.

As far as SD cards go, the Toshiba FlashAir II has a nice look-and-feel to it with its sleek looking off-white enclosure and black inscription. It is of standard size and weight and can fit into any SD slot on a camera or PC.

On the front-side, it has all relevant information including the FlashAir II name, wireless logo, capacity, and the Toshiba branding. Also shown on the front of the SD card is the Class 10 speed designation. 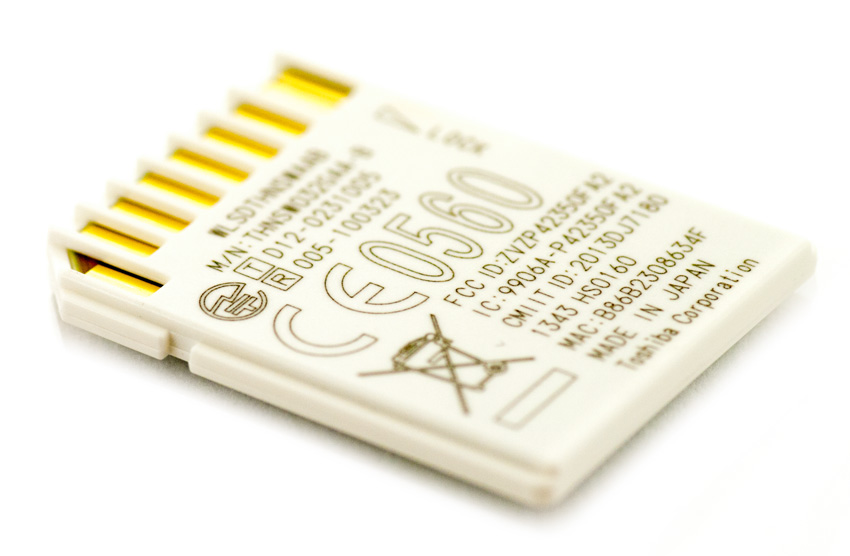 There is a small, orange slide-locking mechanism. When locked, all images that are taken are protected.

The reverse side of the card features 8 gold connector pins; there is also additional card information on the back including its model number and various other designation codes.

Switching to random large-block transfers, we measured 11.4MB/s read with a write speed of 3.0MB/s for the Toshiba FlashAir II. The Samsung card boasted 66.13MB/s read and 19.71MB/s write. The FlashAir II is clearly not intended to be a performance-oriented card, but relatively speaking it’s not very fast.

The mobile app is a key part of the FlashAir II value proposition. On iOS and Android devices, the pitch is that you can connect to the FlashAir II to have easy access to a list of thumbnails from which you can download the full image. While the application works, there are several usability hang-ups. One of the biggest issues we had was that the Wi-Fi was inconsistently displayed on the mobile devices, even when we accessed the card in the camera while it was powered on. Additionally, when you join the Wi-Fi, users will have to wait for a screen to pop up to log into the card. Users are left hanging quite awhile for this to happen with what is essentially a black screen. If you cancel or touch the home button before this completes, the Wi-Fi gives up trying to connect and looks for other nearby networks. 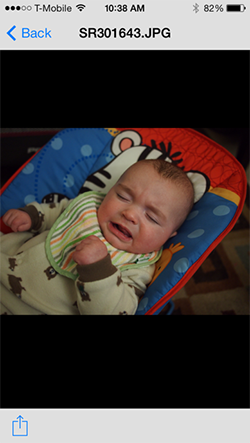 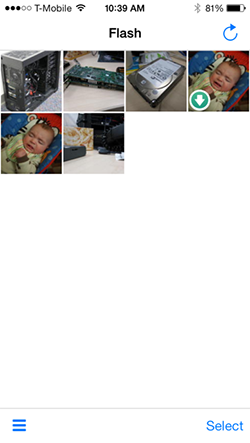 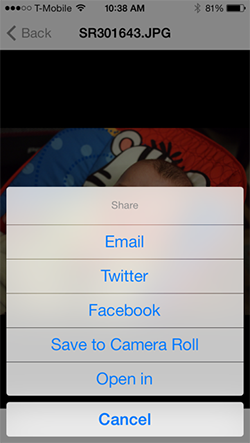 That said, once connected the app is pretty easy to navigate once you get in with its familiar look-and-feel. We were also impressed with the speed that thumbnails loaded; however, downloading an image took as long as 10 seconds to complete, which might be fine for casual users accessing one or two photos, but untenable for dozens. The experience through the web browser was pretty similar. With a Mac or PC the wireless connection process works a little better thanks to a more forgiving operating system environment.

The Toshiba FlashAir II SD card’s high speed Class 10 indicate that it’s well capable of reading and writing HD video and high-resolution images; however, its performance isn’t up to par with other SD cards. The wireless functionality worked well enough once we got it going and is definitely the driving selling point behind the card, as it is a feature that a lot enthusiasts are looking for to improve their efficiency and workflow.

The FlashAir II cards–offered in 16GB and 32GB capacities–also come with a hefty price-point. When compared to standard 32GB SD cards the FlashAir II price of $72 means the wireless option runs about $40. That said, the Toshiba FlashAir II SD card does what it is intended to do, though at much slower speeds than standard cards that cost less per GB. Obviously, this extra cost is going towards the very useful wireless functionality, so it is up to the consumer to decide if that extra feature warrants the extra dollars. On the up side, Toshiba includes a five year warranty and a support infrastructure that will surely be around to back the product.

The Toshiba FlashAir II SD card does exactly what it advertises, delivering wireless access to several devices directly from cameras that have SD card slots. For many professionals and home users alike, the allure of being able to transfer off to another device without removing the card makes the investment well worthwhile.