The Toshiba XG6 is the market’s first SSD built on 96-layer 3D TLC BiCS FLASH memory, joining the company`s impressive mid-range client portfolio as their newest mainstream NVMe drive.  Announced back in July, the XG6 replaces the highly-impressive XG5, a drive we really liked that would work well inside client PCs, high-performance mobile devices, gaming segments and embedded applications. Though the XG6 is certainly built for these use cases as well, it is also ideal for data center environments as boot drives in servers, caching and logging, in-situ processing and commodity storage.

The Toshiba XG6 is the market’s first SSD built on 96-layer 3D TLC BiCS FLASH memory, joining the company`s impressive mid-range client portfolio as their newest mainstream NVMe drive.  Announced back in July, the XG6 replaces the highly-impressive XG5, a drive we really liked that would work well inside client PCs, high-performance mobile devices, gaming segments and embedded applications. Though the XG6 is certainly built for these use cases as well, it is also ideal for data center environments as boot drives in servers, caching and logging, in-situ processing and commodity storage. 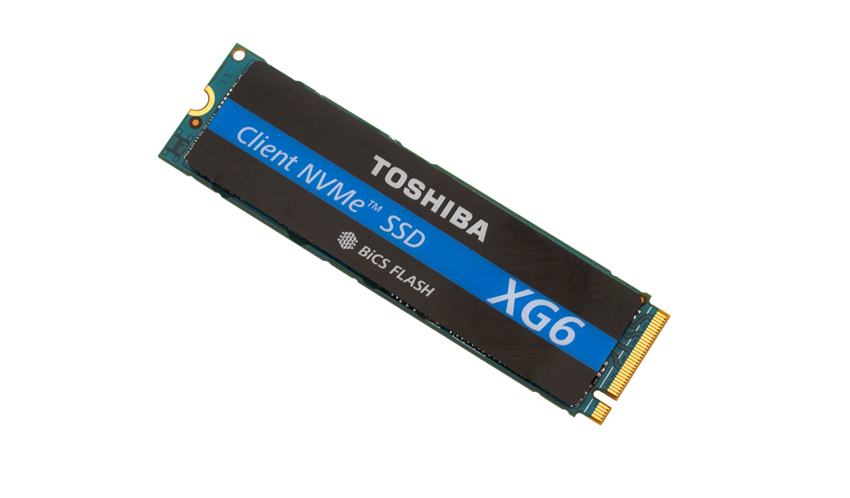 Toshiba’s also states that their new XG6 SSD enjoys an hefty 40% increase in per unit chip size compared to the 64-later 3D flash memory, while its performance-to-power ratio is quoted at 4.5W and 5.7W, respectively. The Gen BiCS FLASH will also support Toggle 3.0 speeds (667-800MT/s) and 1.2V I/O. 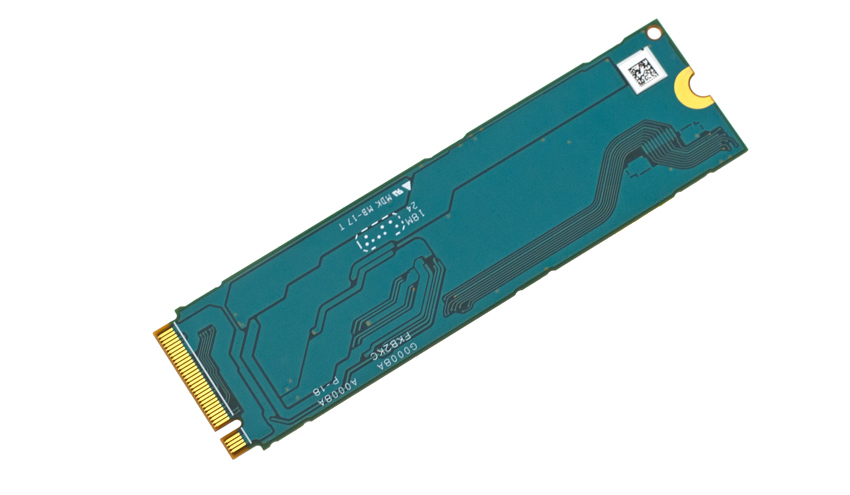 As far as performance goes, the Toshiba quotes some of the best numbers we’ve seen in this class of SSDs. Specifically, the XG6 is expected to hit 3,180MB/s read and 2,960MB/s write in sequential speeds, while random reads and writes are quoted at 355,000 IOPS and 365,000 IOPS, respectively.

The Toshiba XG6 1TB posted a score of 2,917 seconds, placing it right in the middle of the leaderboard. 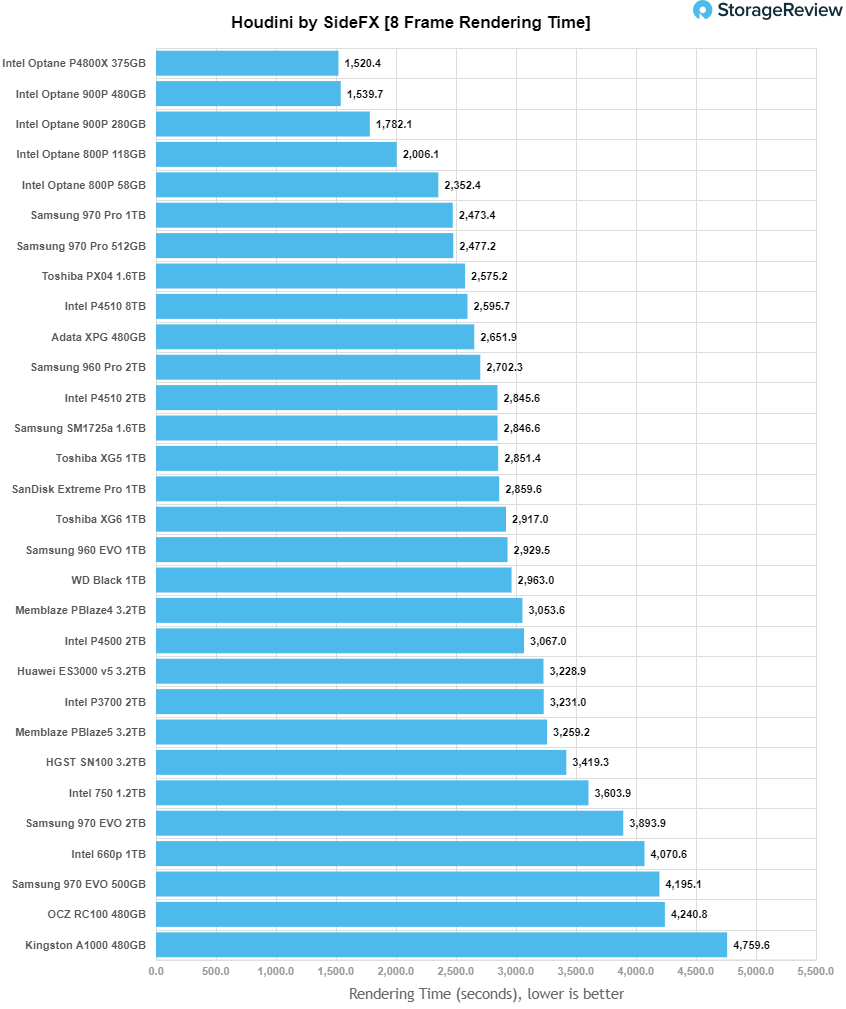 When looking at SQL Server Output, the Toshiba XG6 1TB placed in the middle of the pack (though not far behind the leader) with a score of 3,157.2 TPS.

In average latency, the XG6 posted an impressive 8ms in latency, which was the same as its predecessor.

The peak 4K performance of the Toshiba XG6 drive showed 366,208 IOPS in reads with a latency of 348.4μs, placing it behind the Samsung 970 PRO for second place.

Write performance unfortunately showed poor results, as the drive peaked at just 94,516 IOPS with a latency of 1,349.2ms. This wasn’t too much of a surprise as the XG5 posted similar results.

Switching over to sequential work with 64K tests showed impressive performance posting an impressive 30,371 IOPS or 1,898MB/s with a latency of 526.8ms.

Looking at sequential 64K writes showed a noticeable improvement in latency and IOPS over the XG5, posting a peak performance of 9,443 IOPS or 590MB/s with a latency of 587.8ms.

Next, we looked at our VDI benchmarks, which are designed to tax the drives even further. These tests include Boot, Initial Login, and Monday Login. Looking at the Boot test, the Toshiba XG6 had an impressive peak performance of 107,390 IOPS with a latency of 334μs, which was good enough for 2nd place among the tested drives. Again, the XG6 showed solid improvements over the XG5.

The Toshiba XG6 is a single-sided NVMe M.2 SSD designed for client PCs, high-performance mobile devices, gaming and embedded applications. While the XG5 was the first Toshiba drive to leverage the company’s 64-layer BiCS 3D flash memory, the XG6 is the market’s first SSD built on the new 96-layer BiCS 3D flash memory. And like its predecessor, the XG6 also made good use of its new flash technology by making an impact on our performance charts.

This, however, came as no surprise, as its predecessor was impressive performer as well. In the Houdini test the drive posted 2,917 seconds, placing right in the middle of the pack. In the SQL Server test, the Toshiba drive posted 3,157.2 TPS and an average latency of just 8ms, placing among the leaders. Our VDI workload analyses showed the same solid performance results. It was able to hit 4K peaks of 366,208 IOPS read though writes were fairly poor with 94,516 IOPS. In addition, 64K results hit 1,898MB/s read and 590MB/s write. In our VDI tests the drive hit 107,390 IOPS boot, 31,183 IOPS initial login, and 29,734 IOPS Monday login

Overall, the Toshiba XG6 is an impressive drive and showed noticeable improvements over the XG5, an SSD we really liked. Like its predecessor, the XG6 gives OEMs an even more viable alternative for those who a good combination of speedy performance, battery efficiency and cost.