The Precision 5530 is the successor to Dell’s sleek, stylish and powerful Precision 5520 mobile workstation, claiming an even lighter and thinner design. The new Dell workstation has also been upgraded with impressive component options, including support for both Intel Core and the Xeon 6-core processors, the latter which will certainly add a ton of potential in the performance category. The 5530 also offers Thunderbolt type-C and HDMI 2.0 connectivity, Quadro professional graphics, and memory and storage options, making it a viable mobile workstation for a range of different applications. If you have the budget, the Precision 5530 can be outfitted to compete against most mid-to-high-end workstations on the market.

The Precision 5530 is the successor to Dell’s sleek, stylish and powerful Precision 5520 mobile workstation, claiming an even lighter and thinner design. The new Dell workstation has also been upgraded with impressive component options, including support for both Intel Core and the Xeon 6-core processors, the latter which will certainly add a ton of potential in the performance category. The 5530 also offers Thunderbolt type-C and HDMI 2.0 connectivity, Quadro professional graphics, and memory and storage options, making it a viable mobile workstation for a range of different applications. If you have the budget, the Precision 5530 can be outfitted to compete against most mid-to-high-end workstations on the market. 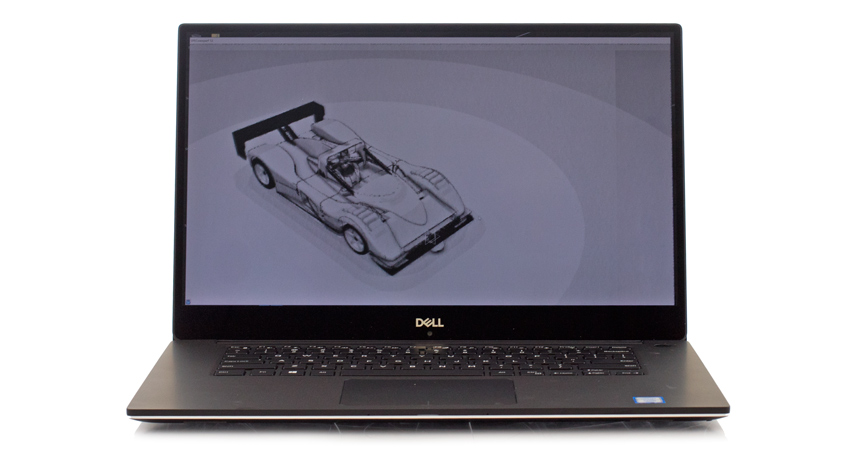 One of the biggest lures of the 5530 is its best-of-class touch display. It features up to a brilliant 15.6-inch UltraSharp UHD IGZO (3840×2160) screen with a 100% minimum Adobe color gamut. The InfinityEdge display technology with 4K PremierColor also gives users essentially a borderless viewing experience, while new IGZO 4 display features better contrast ratios and upwards of 2 hours of improved power efficiency. 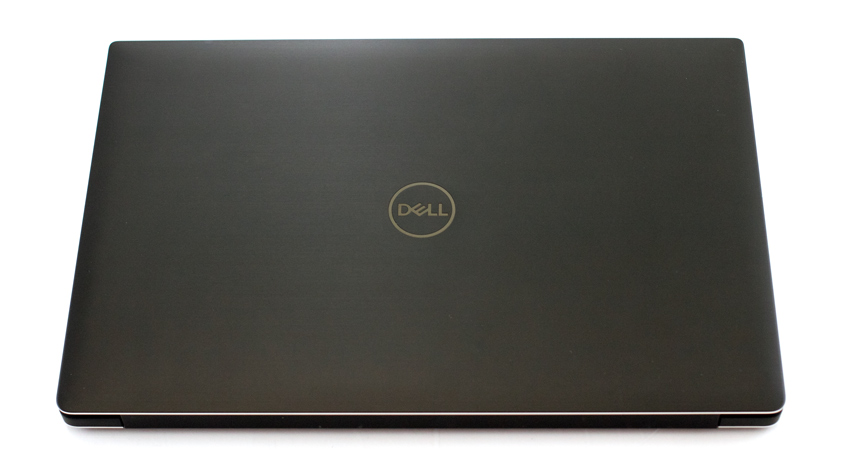 Storage options include a M.2 PCIe SSD configuration with capacities ranging from 256GB to 3TB (using both drive bays), and HDD options that range from 500GB to 2TB. Memory configurations include 8GB (2x4GB) to 32GB (16x2GB) of 2666 MHz DDR4 RAM.

The new Precision 5530 is a very nice looking mobile workstation. Users have the choice of either a platinum silver or brushed onyx design. It’s sleek, compact and weighs in at just 3.93lb for the Non-Touch version and 4.5 lb for the Touch version. Though Dell claims the 5530 is lighter than ever, the previous model was specced 3.93lbs as well. That said, we opted for the touch-screen model and it still feels very light and easy to carry around in a small laptop bag. No complaints here, as most performance-drive mobile workstations hover around the 5 pound mark. 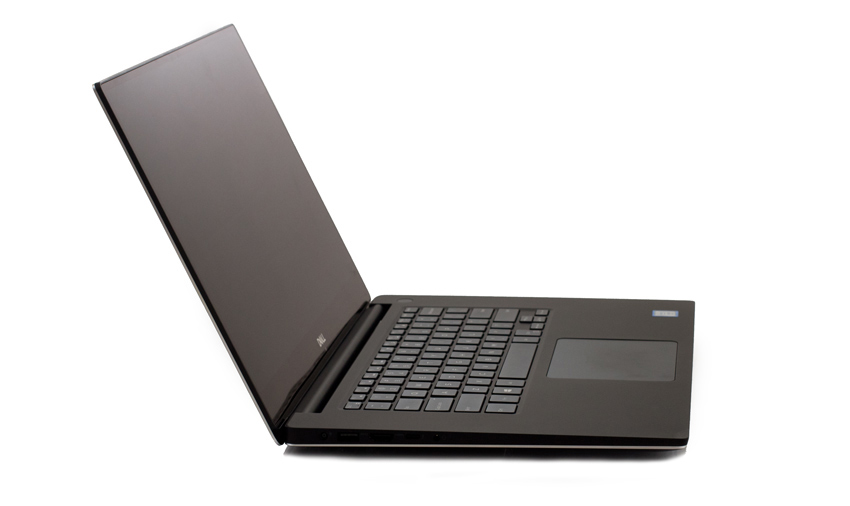 All of the 5530’s connectivity resides on the sides of the notebook. On the left is the power adapter port, a USB 3.1 Gen 1 port, an HDMI port, a Thunderbolt 3 port, and a headphone jack. The right side is home to the memory card reader, a USB 3.1 Gen 1 port and battery-status button 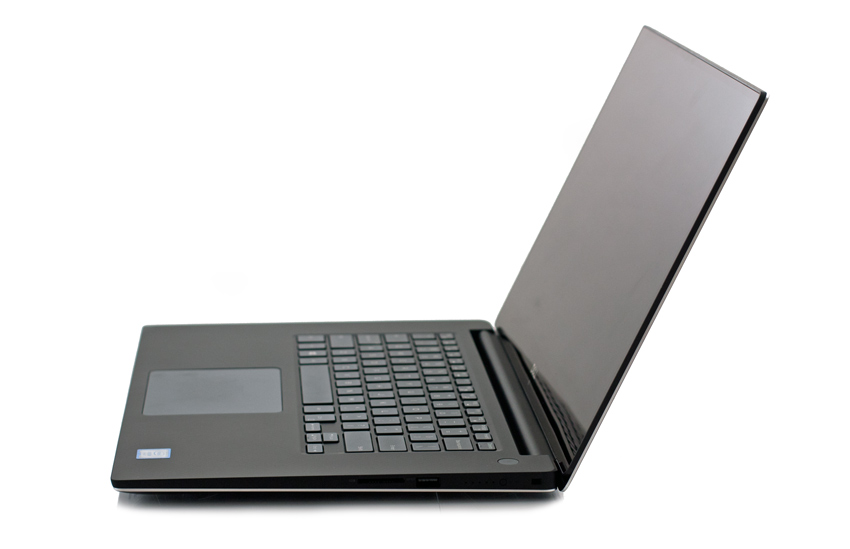 In addition to the Intel UHD integrated graphics 630/P630, you can equip the Precision 5530 with either an NVIDIA Quadro P1000 or P2000 professional graphics card. The P1000 is a entry-level card and works as a very affordable GPU solution with decent results. The P2000 is the next model up in the Quadro line and offers much of the same but with slighter better memory and bandwidth components. Though these entry-level cards are by no means on the performance-level of higher-end options (like the P6000), they do offer performance similar to cards with a much larger footprint, which helps to keep workstations as light, thin and mobile as possible without breaking the bank.

To see what the Precision 5530 is capable of in resource-intensive environments, we put it through three specific benchmarks with the given components of its Intel Xeon E-2176M CPU (2.70GHz), 32GB DDR4 RAM and a 512GB PC400 NVMe SSD. These tests will also show the capabilities of the Quadro P2000 when inside the Precision 5530. We’ve also compared it to the following workstations:

This first test is the SPECviewperf 12 benchmark, which is the worldwide standard for measuring graphics performance based on professional applications. SPECviewperf runs 9 benchmarks called “viewsets,” which represent graphics content and behavior from actual applications and include categories such as 3D Max, CATIA, Creo, Energy, Maya, Medical, Showcase, Siemens NX, and Solidworks.

The Precision 5530 recorded some pretty solid results, showing significant gains over its predecessor in most of the categories.

Our next benchmark is SPECwpc test, which is designed for gauging all of key aspects of workstation performance. It consists of over 30 workloads related to CPU, graphics, I/O, and memory bandwidth. The workloads fall under broader categories, such as media and entertainment, financial services, product development, energy, life sciences, and general operations, which are an average of all the individual workloads in each category. The Dell Precision 5530 posted the following results when equipped with a Quadro P2000.

Here, the Precision 5530 continued to show off more gains over the 5520, while the 7530 shows what a best-of-class performer can do.

Our last test is the ESRI benchmark where we look at several aspects of the ArcGIS program. Here, we are most interested in the average of the drawtime, average frames per second (Average FPS), and minimum frames per second (Minimum FPS). Looking at drawtime, the Dell Precision 5530 showed an average drawtime of 0:10.769, while average and minimum FPS showed 135.69 and 45.89, respectively.

The 5530 lies in the middle of Dell’s Precision line of mobile workstations, boasting solid mid-range performance across the board when outfitted with some of the higher-end components available. Among these components include a 8th Gen Intel Core and Xeon 6-core processor options, NVIDIA Quadro professional GPUs, up to a 32GB of DDR4 RAM, and a 256GB M.2 NVMe PCIe SSD. Users can also add another drive if they choose. 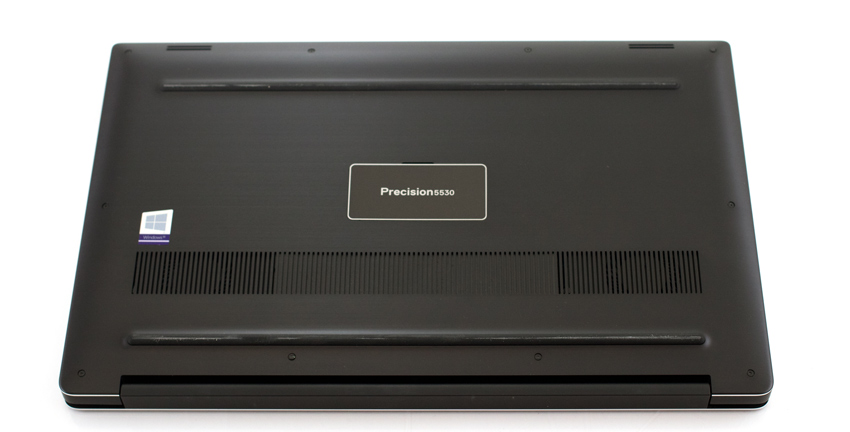 Diving into performance details shows some decent numbers from the Precision 5530 during our graphics-intensive SPECviewperf, SPECwpc, and ESRI benchmarks. In our SPECviewperf test, the 5530 showed a significant performance gain over the previous model (5520) even though it featured a lower-end graphics card. This was particularly noticeable in the Creo and Solidworks categories. This performance continued in our SPECwpc (which tests CPU, graphics, I/O, and memory bandwidth) benchmarks, though the 5520 did have a better average drawtime and minimum FPS score in our ESRI (ArcGIS program) benchmarks.

Overall, the 5530 is a strong addition to the Precision portfolio of premium mobile workstations, and you will see performance good enough to suit a range of professional needs even with a mid-range component build. Professionals looking to take the 5530 to the next level and are willing to fork over an additional $2,500 to $6,000 for the P5000 and P6000, respectively, will be able to make this a serious performance-driven notebook. These aren’t part of the standards builds, so you will receive these separately and will have to install them yourself.