Along with the My Book update this week, WD has released a new version of the My Passport and My Passport for Mac, the company’s popular portable storage solution. This re-release is highlighted by a new modern design that features a textured underside and is available in six distinct colors: Black, Yellow, Red, White, Orange and Blue for the Passport PC version, and just Black for the My Passport for Mac.

Along with the My Book update this week, WD has released a new version of the My Passport and My Passport for Mac, the company’s popular portable storage solution. This re-release is highlighted by a new modern design that features a textured underside and is available in six distinct colors: Black, Yellow, Red, White, Orange and Blue for the Passport PC version, and just Black for the My Passport for Mac. 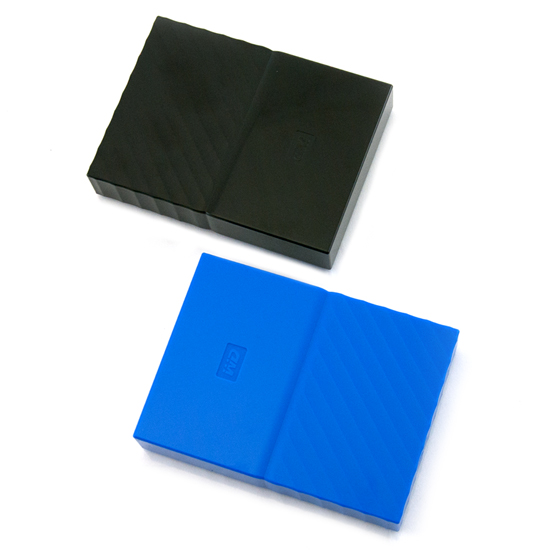 Like all WD storage solutions, the My Passport (PC) leverages automatic backup with the included WD Backup software, while the Mac version is Time Machine ready. The new WD Passports come bundled with WD’s backup software, giving users a versatile way to manage their files via an easy-to-use, yet powerful interface. It also allows them to automatically protect and back up their files to both on-premise and off-site (i.e. the cloud), the latter which is useful for increased protection and disaster recovery. The My Passport portable drives also feature password protection and hardware encryption.

Both the My Passport and My Passport for Mac portable hard drives come in capacities of up to 4TB ($79.99) and backed by a 2-year limited warranty.

The My Passport line looks identical to the new WD My Book (only smaller), as WD is moving towards a more streamlined look for their external storage portfolio. That said, like the My Book, the My Passport features a new textured groove horizontal/diagonal design that wraps around the device while the WD branding is imprinted on front-facing side of the portable drive. Due to its shiny build, it is also fairly easy to smudge 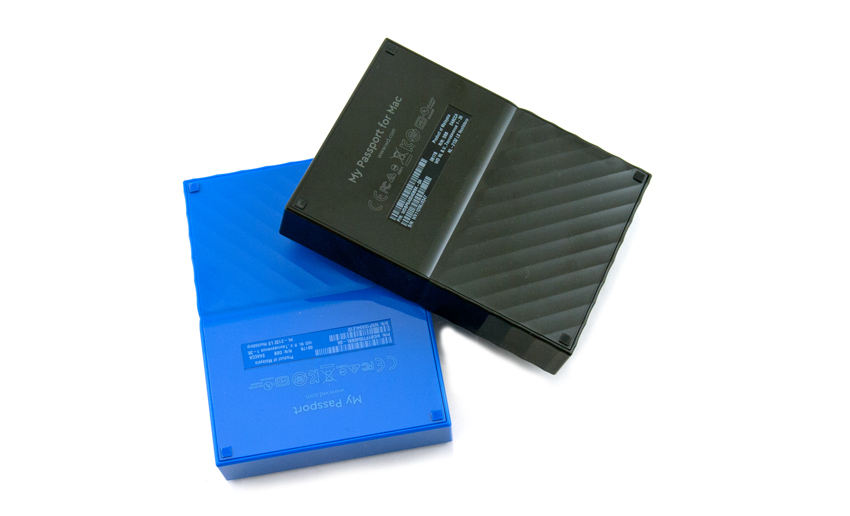 Connectivity and power of the WD Passport remain the same as the previous version with simply a bus-powered USB connection for the PC version and the Mac version.

The newly designed WD My Passport caters towards a mainstream consumer base, so the results of our performance will reflect that demographic. To this end, we tested the PC version of the WD portable storage solution using our HP Z640 Workstation using the USB 3.0 port.

To test the My Passport formatted for Mac, we used the BlackMagic disk speed test on a current generation MacBook Pro. The My Passport for Mac was able to hit 101.9MB/s write and 107.3MB/s read. 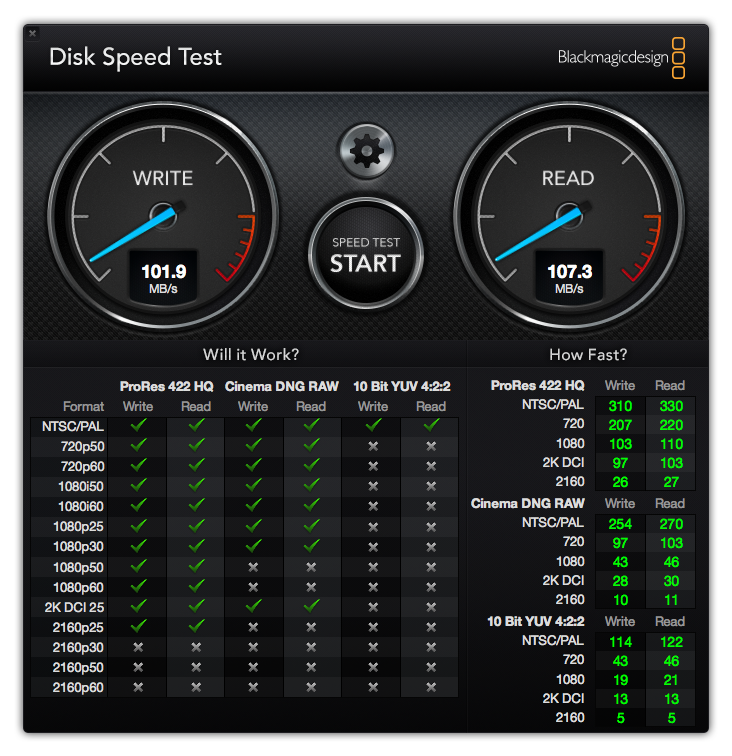 To further test the performance of the new WD My Passport, we tested with PCMark on the Z640 workstation. This is a tool that calculates the performance at the system and component level and most often represents typical home user workloads for all types of PCs, tablets, mobile workstations, and desktops storage solutions. While there are multiple categories that PCMark tests (including typical work usage, home usage, and creative usage), we will only be looking at Storage benchmark, which tests the performance of any drives installed in the system (including portable/external drives), leveraging traces recorded from Adobe Creative Suite, Microsoft Office and a selection of more popular video games to measure real-world performance differences between storage devices. Here, the new WD My Passport (PC version) recorded a PCMark score of 2,227 and a bandwidth of 8.06MB/s. PCMark is a test for PC devices so instead of testing the Mac formatted My Passport (which would result in very similar results) we tested the recently refreshed WD My Book. The test between these two highlights the difference in form factors. As one can see, the portable drive scores very closer to its larger cousin.

Available in a range of colors, the newly released WD Passport remains a staple for consumers looking for a reliable portable storage solution. It doesn’t quite offer the blistering SSD speeds enthusiasts or media professionals need for accessing their files on the go, but the Passport certainly still is a fantastic option for those looking to back up files or transferring their content to and from workstations. It also offers good password protection with 256-bit AES hardware encryption as well as automated backup software that is versatile and very easy to use. Though it might not offer much more than a visual upgrade compared to the previous version, this is still a solid release from WD and will appeal to the design-savvy consumer.

Diving into its performance, the My Passport and My Passport for Mac produced similar numbers. In sequential 2MB performance, the WD Passport posted 105.44MB/s write and 109.48MB/s read, while 2MB random speeds reached 66.59MB/s write and 48.94MB/s read. On the Mac, the Passport recorded speeds of 107.3MB/s read and 101.9MB/s write in our BlackMagic test. During our PCMark tests, the WD Passport and Passport for Mac posted scores of 2,227, respectively, while reaching 8.06MB/s in bandwidth.

The newly designed WD Passport and Passport for Mac is a solid choice for anyone looking for a reliable way to back up a reasonable amount of data with easy-to-use file management and backup software.

WD My Passport on Amazon