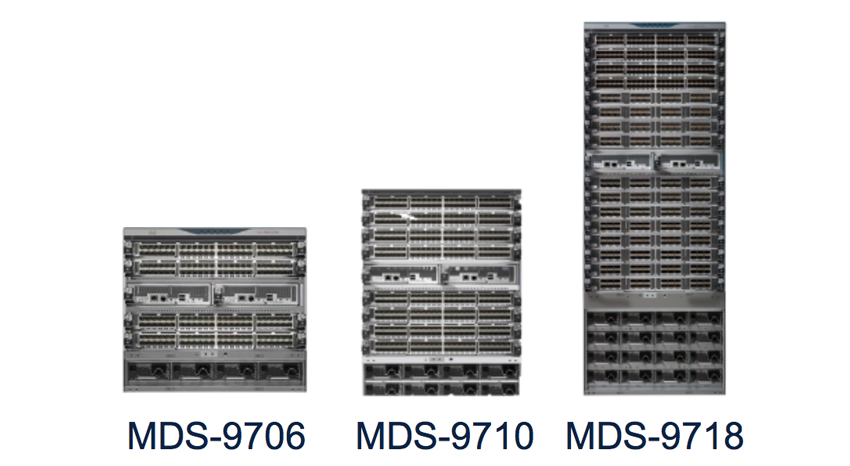 While the projection of data growth hasn’t changed much (though it seems to always be projected to grow faster than previously thought), the way it is accessed and managed needs to change. Soon there will be three times as many devices connected to the internet than people. As speed becomes more important the market share of NVMe will continue to grow. There is plenty of buzz around the edge and IoT devices, but half of all workloads still run in data centers creating plenty of networking challenges.

With the adoption of NVMe/FC, SAN utilization rates will be driven higher by the data being read and written in parallel and at lower latencies. Cisco believes that this will drive for 64Gbps speeds. Cisco stated that is MDS 9700 platform is now ready for 64Gbps Fibre Channel fabric. The platform will future-proof storage networking, that will lead to support higher scalability and superior performance for storage connectivity and services.  Customers will be ready for 64Gbps speeds as soon as it is available.

Analytics can help gain insights and help organizations run better and more efficiently. Cisco had already provided a SAN Analytics solution for deep SAN insights, with support for FC-SCSI. It has now expanded those analytics to support NVMe/FC as well. This solution gives users full end-to-end visibility regardless if they are using FC-SCSI or NVMe /FC and it is including on all products within the Cisco 32Gbps. Benefits include:

Cisco is also expanding its SAN DevOps tools to reduce operational complexity. Part of this expansion is Cisco’s support for Ansible modules on MDS 9000. On top of that, Cisco is introducing additional modules which simplify the frequent tasks in storage networks like VSAN configuration, device-alias and zoning configuration. These modules and their benefits include: