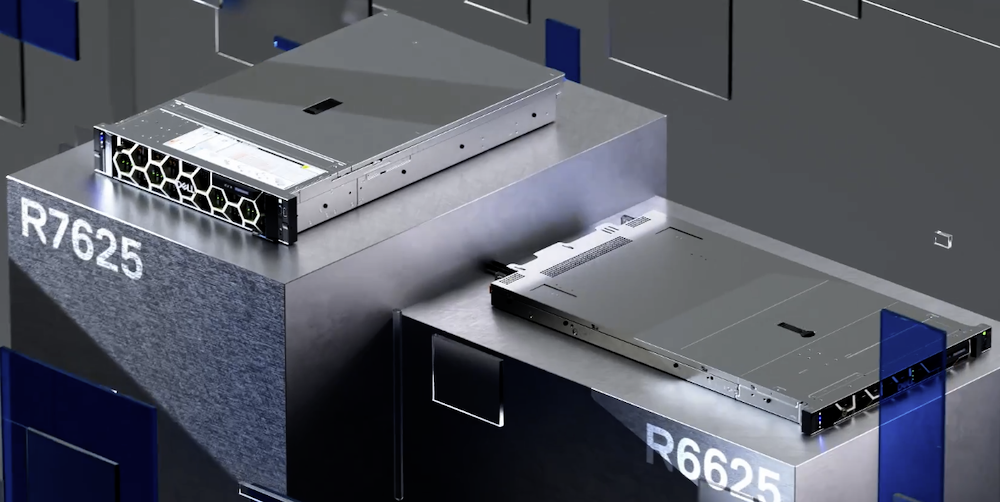 “Customers demand uncompromised compute performance delivered in the most sustainable manner possible. Our latest PowerEdge servers are purpose-built to meet the needs of today’s demanding workloads with efficiency and resiliency. With up to double the performance of the previous generation, combined with the latest in power and cooling innovations, these servers are designed to meet the growing demands of our customers.”

The new PowerEdge servers integrate easily into existing customer environments and are well-suited for organizations with advanced workloads like data analytics, AI, HPC, and virtualization. The servers are available in one- and two-socket configurations, with support for as much as 50 percent more processor cores than the previous generation. Customers can expect up to a 121 percent performance improvement, 33 percent more front-drive count for 2U servers, and a 60 percent higher front-drive count for 1U servers.

The new servers include:

“AMD and Dell Technologies are committed to delivering leadership products that help organizations improve the performance and efficiency of their data centers while also working toward a more sustainable future. With the launch of Dell PowerEdge servers, powered by 4th Gen AMD EPYC processors, we continue to break performance records while delivering on the most stringent environmental goals and business outcomes our joint customers demand.”

The new servers include recycled plastic and reflect Dell’s commitment to 50 percent of product content sourced from recycled or renewable material by 2030. In addition, when shipping multiple servers at once with Dell’s multipack option, these servers are delivered more sustainably.

Coupled with Dell iDRAC, these servers record the server hardware, and firmware build details during manufacturing. Using Dell’s unique Secured Component Verification (SCV) supply chain assurance, organizations can verify the PowerEdge server received was not tampered with during transit from the factory.

The Dell PowerEdge R7625 server will be available globally in limited configurations in November 2022. Expect the next-generation servers to have full global availability in February 2023.