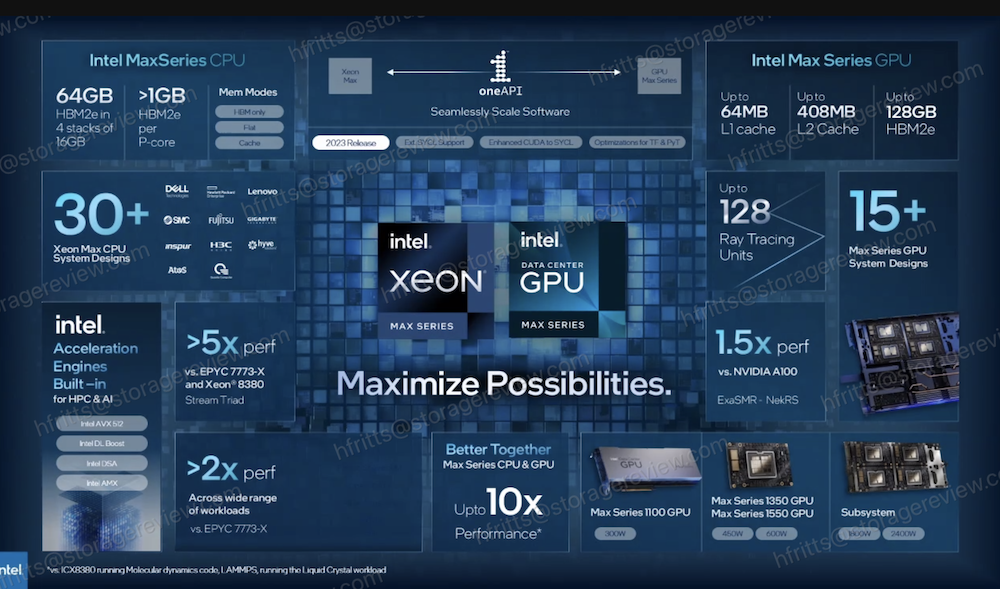 The new Intel Max family of products is said to deliver 4.8x faster CPU memory bandwidth than the competition and Intel’s highest-density GPU. The Xeon Max CPU is the only x86-based processor with high bandwidth memory, accelerating many HPC workloads without requiring code changes. The Max Series GPU is Intel’s highest-density processor, packing over 100 billion transistors into a 47-tile package with up to 128 gigabytes (GB) of high-bandwidth memory.

The new family of products is supported by Intel’s oneAPI, an open software ecosystem that provides a single programming environment for both new processors. Intel’s 2023 oneAPI and AI tools will deliver capabilities to enable the Intel Max Series products’ advanced features.

“To ensure no HPC workload is left behind, we need a solution that maximizes bandwidth, maximizes
compute, maximizes developer productivity, and ultimately maximizes impact. The Intel Max Series
product family brings high bandwidth memory to the broader market, along with oneAPI, making it easy
to share code between CPUs and GPUs and solve the world’s biggest challenges faster.” 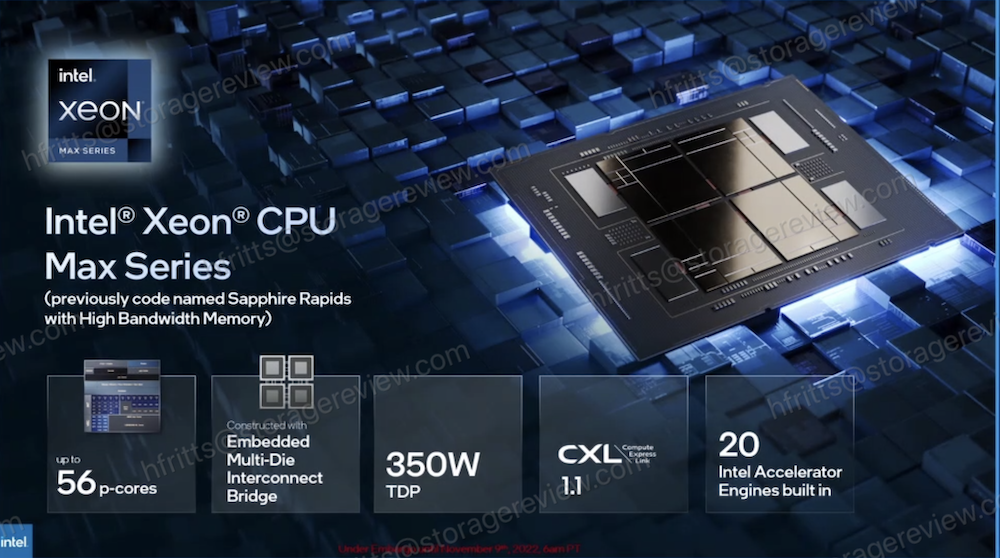 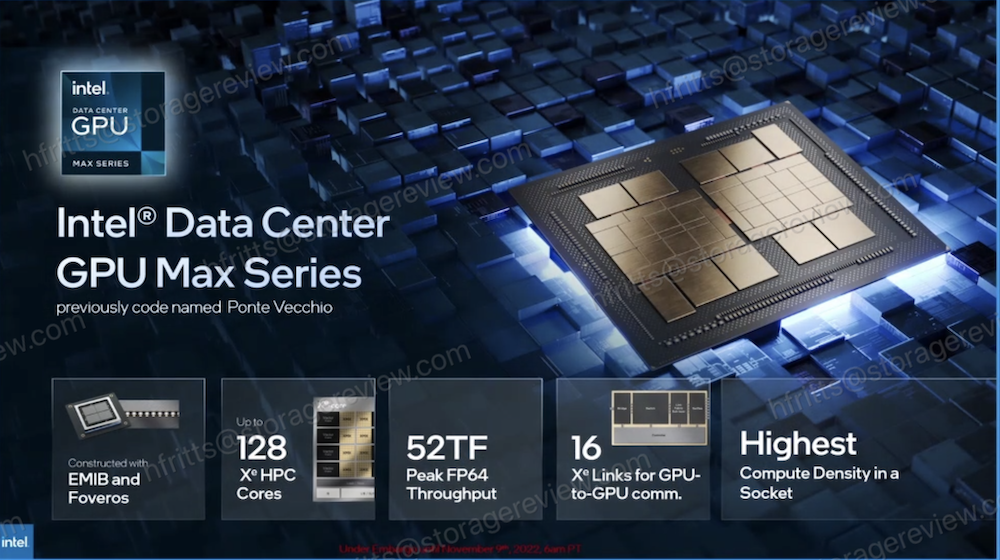 In addition to individual cards and modules, Intel will offer the Intel Data Center GPU Max Series subsystem with x4 GPU OAM carrier board and Intel Xe Link to enable high-performance multi-GPU communication within the subsystem.

The Aurora supercomputer, currently under construction at Argonne National Laboratory, will become the first supercomputer to exceed 2 exaflops of peak double-precision compute performance. Aurora will also be the first to showcase pairing Max Series GPUs and CPUs in a single system, with more than 10,000 blades, each containing six Max Series GPUs and two Xeon Max CPUs.

In another pre-SC22 announcement, Argonne and Intel unveiled Sunspot, Aurora’s Test Development System consisting of 128 production blades. Researchers from the Aurora Early Science Program will have access to the system beginning in late 2022.

There will be more to see at SC22, where Intel and its customers will showcase more than 40 upcoming system designs from 12 OEMs using Max Series products. Demos will showcase the performance and capability of Max Series products for a range of AI and HPC applications. Intel architects, customers, and end-users will deliver presentations about the power of Intel’s platform solutions at Intel booth #2428.

The Intel Data Center Max Series GPU, code-named Rialto Bridge, is the successor to the Max Series GPU and is intended to arrive in 2024 with improved performance and a seamless path to upgrade. Intel is then planning to release the next major architecture innovation to enable the future of HPC. Intel’s upcoming XPU, code-named Falcon Shores, will combine Xe and x86 cores on a single package. This new architecture will also have the flexibility to integrate new IPs from Intel and customers.