iXsystems announced today that it was making some changes around its popular open source storage software. iXsystems has two major products, the ever popular FreeNAS and the enterprise TrueNAS. With the next update the two will become one, with a few caveats.

iXsystems announced today that it was making some changes around its popular open source storage software. iXsystems has two major products, the ever popular FreeNAS and the enterprise TrueNAS. With the next update the two will become one, with a few caveats. 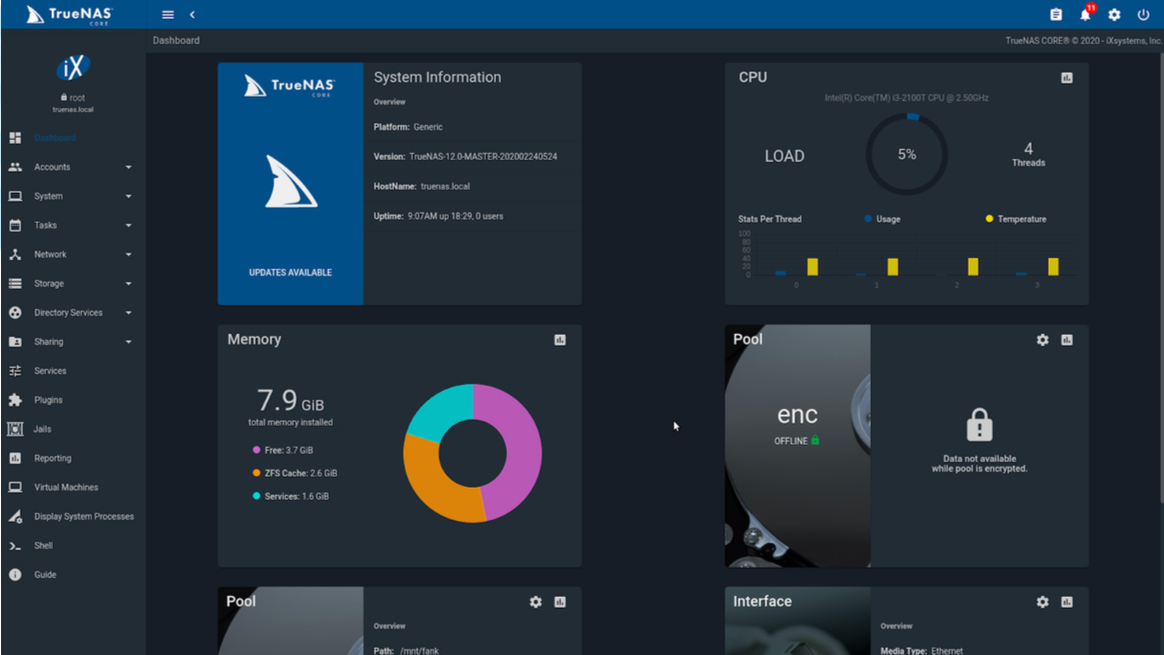 First, to assuage the fears of FreeNAS users, FreeNAS will remain free. For those that leverage enterprise version, TrueNAS, the company is only looking to improve and move forward. Last month, the two versions gained parity in version 11.3. Version 12.0, coming out later this year, unifies both products into a single software image and name. As of version 11.3, both systems already shared 95% of the same source code. Now they will have a common Open Source code, unified documentation, and a shared product name.

Benefits of the combination include:

As stated, FreeNAS is very popular. iXsystems stating it is the #1 Open Source storage software since 2012. The name is well loved as well. It tells users right up front that it is free. Free does have a stigma of perhaps not being worth it to use in larger environments causing it to lose some traction. In that vein, iXsystems has renamed FreeNAS to TrueNAS CORE. The name has changed, but everything else about the product remains the same. TrueNAS CORE is the core of the enterprise edition as well as a nifty acronym: Community supported, Open source, Rapid development, Early availability. Like FreeNAS, TrueNAS CORE will be free to use without restriction.

iXsystems will offer a TrueNAS 12.0 preview to let users check it out and offer feedback. 12.0 will go through the usual ALPHA, BETA, RC1, RELEASE states that FreeNAS has gone through. The company plans to release TrueNAS CORE 12.0 in the third quarter of this year.