IBM has unveiled the highly scalable next-generation LinuxONE server designed to support thousands of workloads in the same footprint as a single system. The LinuxONE Emperor 4 is powered by the new core IBM Telum dual processor featuring 16 cores and running at 5.2 GHz.

IBM has unveiled the highly scalable next-generation LinuxONE server designed to support thousands of workloads in the same footprint as a single system. The LinuxONE Emperor 4 is powered by the new core IBM Telum dual processor featuring 16 cores and running at 5.2 GHz. 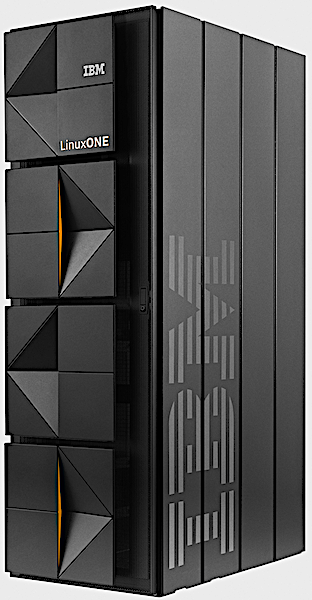 According to an IBM IBV study, 48% of CEOs across industries say increasing sustainability is one of the highest priorities for their organization in the next two to three years. However, 51% also cite sustainability as among their most significant challenges in that same timeframe, with lack of data insights, unclear ROI, and technology barriers, as hurdles. For these CEOs, scaling their business with modern infrastructure can often be one of the barriers to achieving sustainability goals. IBM Fellow and CTO Cloud Platform, Marcel Mitran, believe that migrating to the IBM LinuxONE will help clients meet the scale and security goals and sustainability goals.

The LinuxONE Emperor 4 is one of the solutions in the growing portfolio of sustainability technologies developed by IBM that include solutions to design, deploy and manage energy-efficient infrastructures and innovations with a hybrid cloud approach. The Emperor 4 was designed to optimize data centers by reducing energy consumption and improving energy efficiency.

Global uncertainty and economic shifts have driven volatility, requiring operational and technical decision-making flexibility. LinuxONE is built with the same security, scalability, and reliability expected from IBM. The new LinuxONE system also offers cloud-like flexibility built for rebalancing resources in combination with on-demand capacity to enable workloads to scale up and scale out dynamically and non-disruptively.

The LinuxONE system features pervasive encryption to protect data-at-rest and in-flight, a priority for clients in regulated industries such as financial services. The Emperor 4 protects data in use while providing end-to-end encryption, a comprehensive data protection profile that provides businesses with a data protection strategy that underpins current and anticipated future cyber security protocols.

Hybrid and multi-cloud environments require clients to deploy workloads where it makes the most sense for their business needs. The IBM Cloud Hyper Protect Virtual Servers provide a public cloud environment where the cloud tenant maintains complete authority over Linux-based virtual servers for workloads that contain sensitive data. Built on IBM LinuxONE and running on IBM Cloud, this service provides customers absolute control over their encrypted data, workloads, and encryption keys.

IBM LinuxONE Emperor 4 supports a large number of Linux and Red Hat OpenShift-certified workloads, including data serving, core banking, and digital assets, and receives support from IBM Ecosystem partners, such as Illmuio, Metaco, MongoDB, NGINX, Nth Exception, Fujitsu Limited, Pennant, SQ Solution, Sysdig, Inc., and Temenos. With cloud-native development on LinuxONE, developers can deliver portable and agile solutions without having to learn a new operating system. At the same time, IT managers can focus on providing new services instead of managing complexity across many servers.

IBM LinuxONE Emperor 4 will be generally available globally on September 14, 2022, with entry and mid-range systems to follow in 1H 2023.