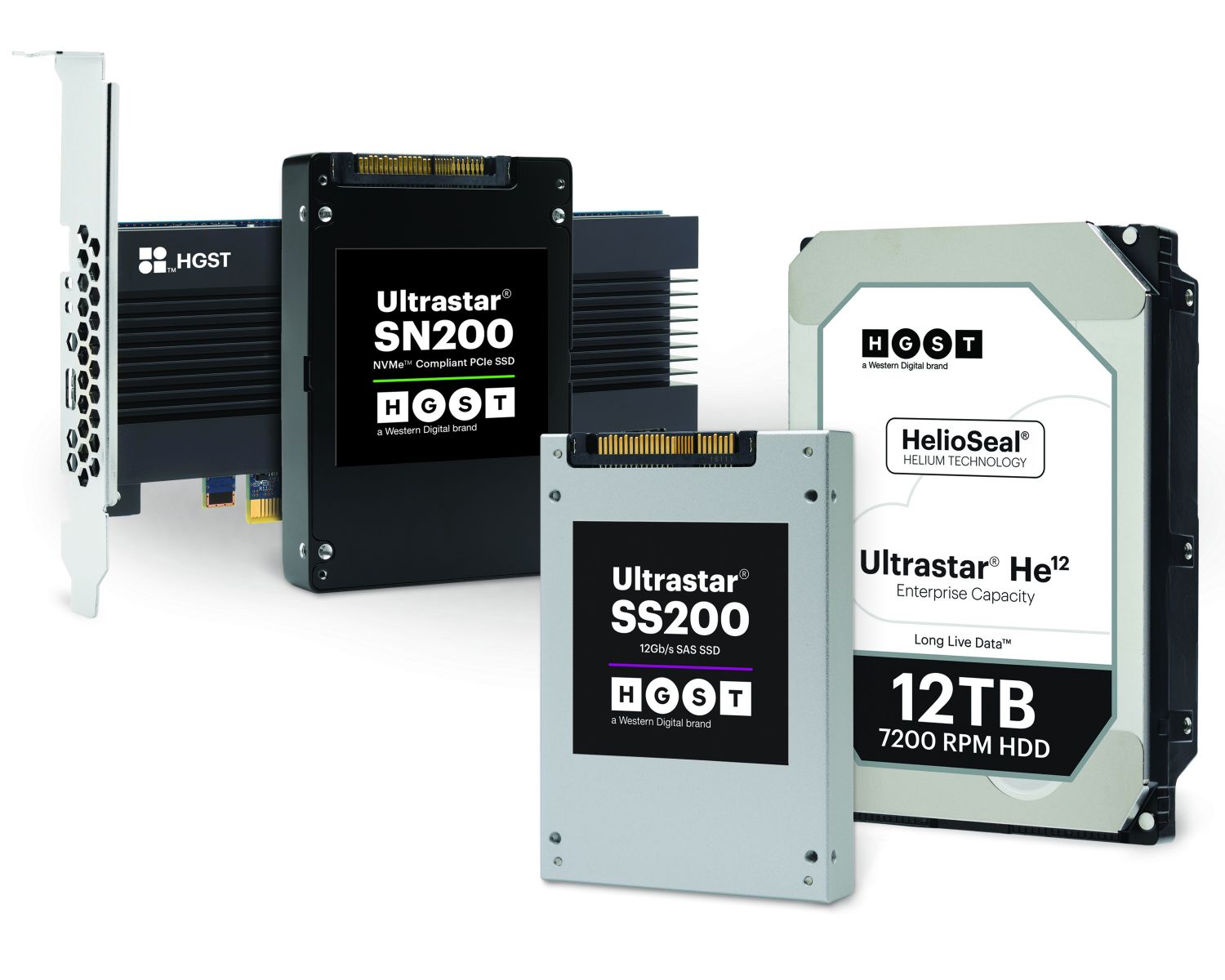 The new NVMe drive is the Ultrastar SN200 NVMe SSD Series replacing the SN150 Series. The drive comes in both 2.5” and HHHL form factors with capacities ranging from 800GB to 7.68TB. WDC points out that this is their fastest NVMe PCIe SSD as of yet with performance of sequential read of 100% and random read of 61% the performance of the SN150. Ideal use-cases include: ecommerce, search and social networks, and intensive analytics.

Continuing to push the boundaries in HDD capacity, WDC is announcing a 12TB HDD, the He12. Like the drives before it, the He12 is a helium filled drive, allowing for thinner disks due to the lower density of the gas. The drive comes in one capacity point, 12TB, but it does come in either SAS or SATA interface. The He12 is unique in the fact that it contains 8 disks. The He12 uses PMR technology, however, using SMR technology WDC can bump the capacity up even further to a whopping 14TB.