The ADATA SE900G is the company’s latest portable SSD. The drive leverages USB 3.2 Gen2x2 for the interface which bumps its performance up to a potential 2GB/s read and write. A big selling point here is that the drive is compatible with just about anything, so if a user has Android, macOS, or Windows, they can store their media on it no problem.

The ADATA SE900G is the company’s latest portable SSD. The drive leverages USB 3.2 Gen2x2 for the interface which bumps its performance up to a potential 2GB/s read and write. A big selling point here is that the drive is compatible with just about anything, so if a user has Android, macOS, or Windows, they can store their media on it no problem. 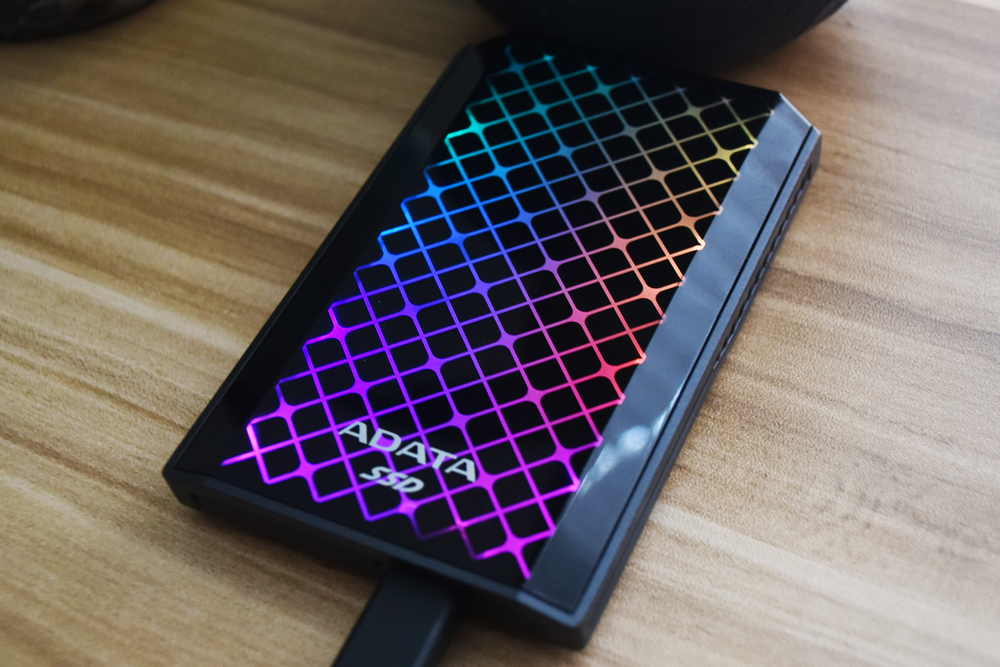 The ADATA SE900G likes to place itself as a balance of performance and design. The drive comes with an RGB panel on the front with a neat rainbow swirl thing going on while in use. Since gaming is one of the markets they are going after and gamers like to have flashy rigs, this makes sense. For those using it in class and the drive is being all swirly and trippy, maybe less of a good idea.

Leveraging the USB Gen 3.2 Gen 2×2 (Type-C), the drive has 2GB/s for quoted speeds. For example, the company states that a user can transfer a 10GB, 4K movie in about 10 seconds. Users who need to work with large files can find a lot to like here, though performance can vary depending on the rest of one’s gear.

The ADATA SE900G is about the standard size of portable SSD, a little larger than a 2.5”, 7mm drive. When it isn’t plugged in, the drive has a glossy black front with ADATA branding, prone to fingerprints. 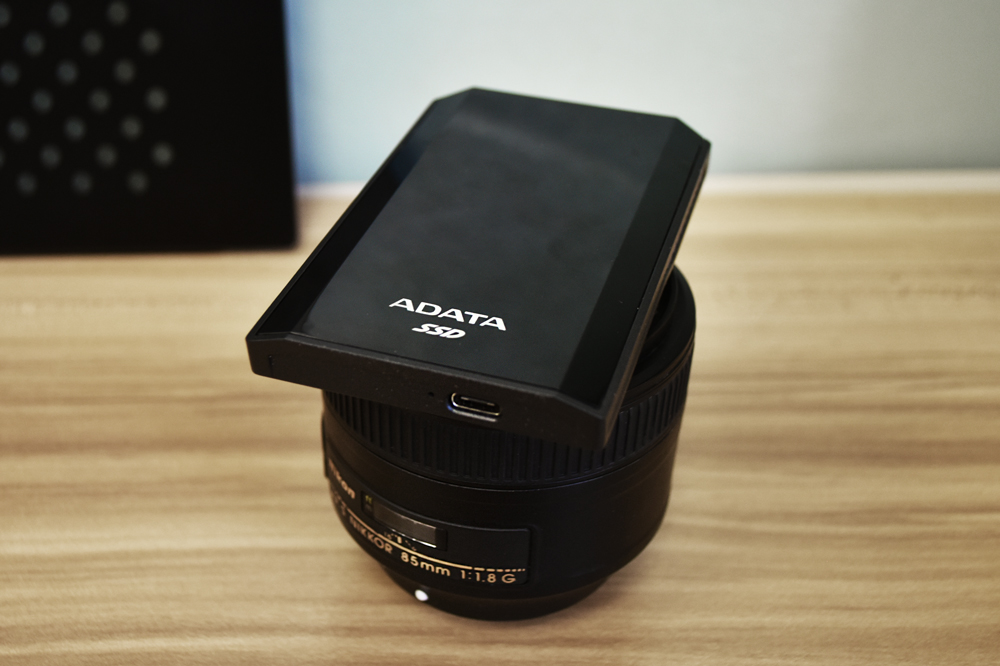 When the drive jumps into action, users are greeted with a swirling RGB that is neat looking. Sadly at this time, there is no way to manage the lights, so if it’s plugged in they are on, without a way to change the mode or color. 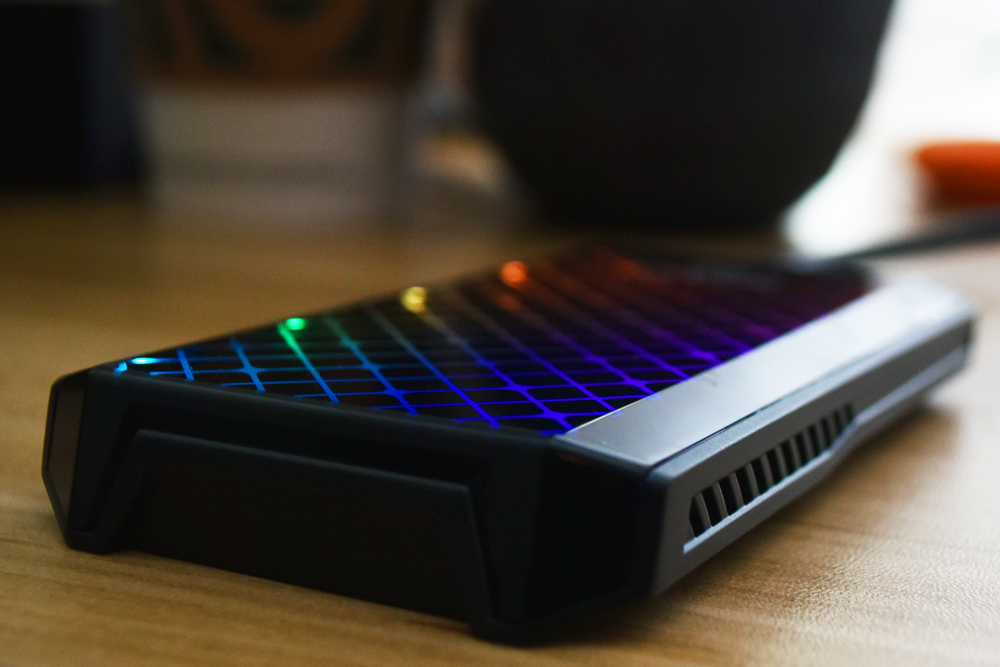 The bottom of the drive acts like a huge heatsink, the rear has pertinent information such as regulations, capacity, model and serial number, and power. The bottom has a single USB-C port. Overall during usage, the drive does get warm, meaning there is a good thermal connection from the drive to the case to dissipate heat. 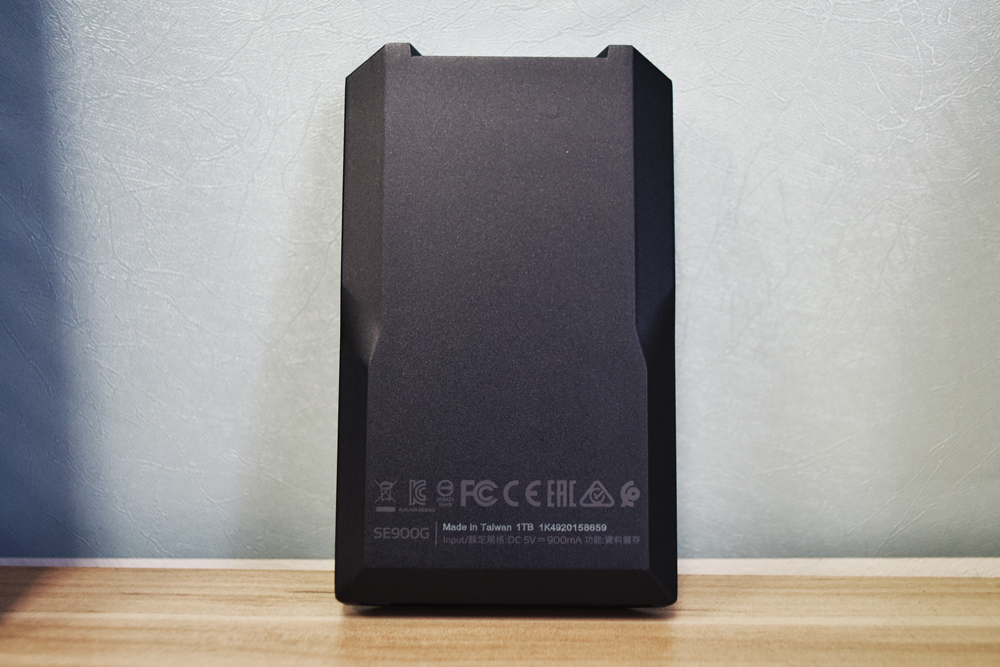 To gauge the performance of the ADATA SE900G, we put it through two tests: Blackmagic software and IOMeter, both on a Lenovo P520. For comparison, we tested it against the 1TB version of WD_BLACK P50 Game Drive, the 2TB SanDisk Extreme Pro V2, and the 1TB Seagate FireCuda Gaming SSD.

First up, let’s look at the Blackmagic test. Here the portable drive hit 1.7GB/s read and 1.6GB/s write. In our pack of tested drives. The ADATA comes out on top for read and third for write being the WD and Sandisk. 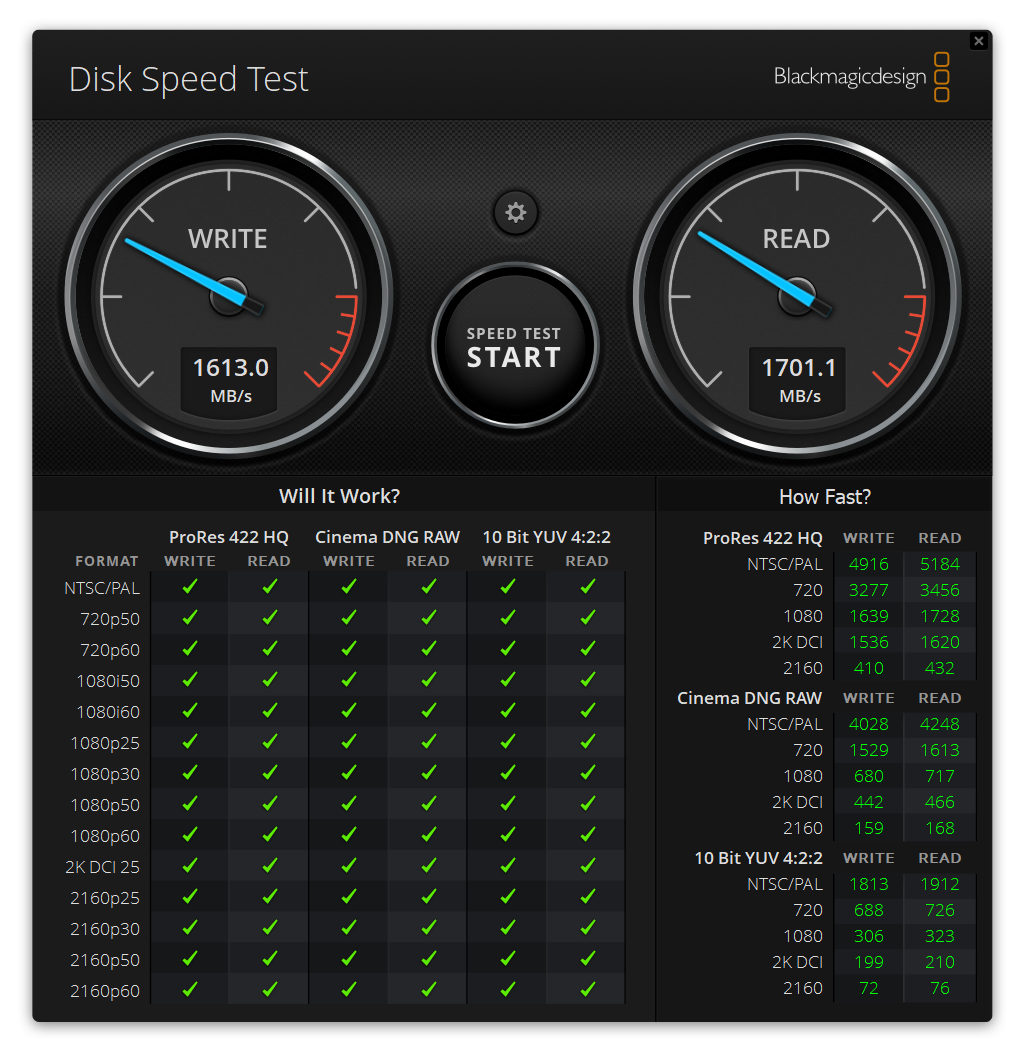 Turning to IOMeter, we measured both 1 and 4 thread, the latter which is a higher load that pushes the SSDs harder. First up is the 1 thread performance, where the SE900G was able to hit 1.4GB/s read and write in 2MB sequential placing it last in our pack. 2MB random for the SE900G was 1.34GB/s read and 983MB/s write taking third and fourth respectively. With 4K random the SE900G hit 7,882 IOPS read and 18,579 IOPS write this time taking second and third respectively. While the drive didn’t fare too well in this pack, it wasn’t really far behind except for in 2MB random write.

Moving on to the more intensive 4 threads testing, the SE900G saw 1.99GB/s read and 1.8GB/s write in 2MB sequential, reads along with the other drives but lighter in writes. Next up was 2MB random where ADATA hit 1.86GB/s read and 1.02GB/s write, here it was the strongest in reads and the weakest in writes. 4K random throughput had 31,116 IOPS read and 63,827 IOPS write for the SE900G taking third in reads and second in writes.

The ADATA SE900G is the latest entry in portable SSDs from ADATA. The drive leverages the USB 3.2 Gen2x2 interface for potential speeds of 2GB/s in both read and write. It has a neat-looking RGB light show it does while it works, though there is no way to control the lighting. The drive is compatible with all the main OSs that would use it, making it an attractive choice.

The ADATA SE900G lives up to its quoted speeds and comes in at a fairly good price. Being able to control the light effects is about the only downside, but if that doesn’t bother you, it is a good drive for most tasks.

How To: Synology Snapshot Replication

How it Works: Veeam Backup for Microsoft Azure v2