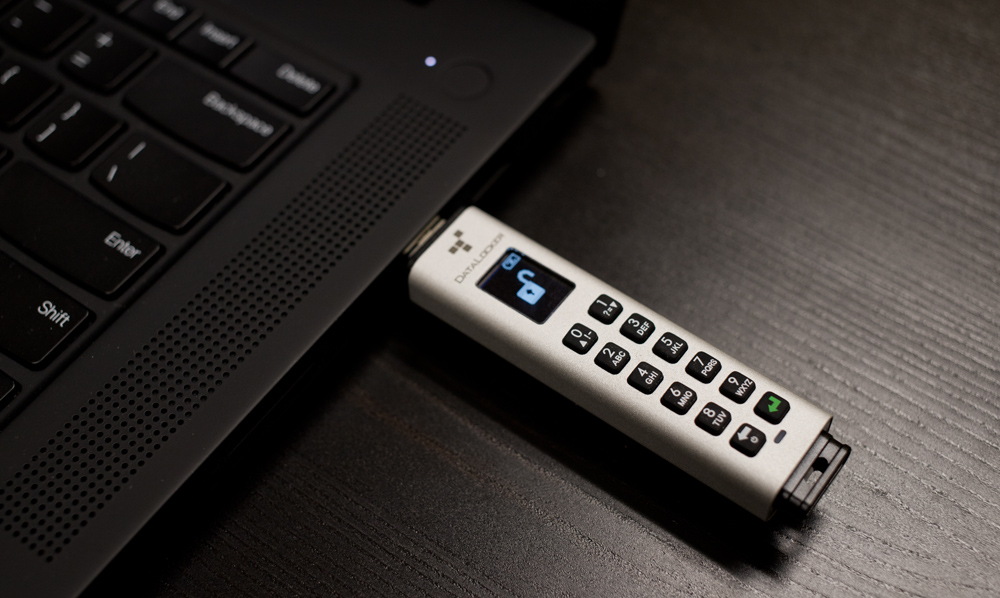 Why the Datalocker Sentry K350?

When talking about an encrypted USB drive, it is important to show the various use cases that someone is able to use it for. Datalocker has released some use cases themselves; these being manufacturing, finance, and healthcare. The main thing that all these industries have in common is the need to protect data within each environment. USB flash drives are constantly swapped and may contain materials that need to be protected so an encrypted USB drive is a great way to store this information.

Powering the Sentry K350 is a Common Criteria EAL 5+ certified secure microprocessor. This microprocessor is designed to protect against threats and possible tempering with features including, always-on hardware-based encryption and a dedicated crypto engine with AES 256-bit XTS encryption that provides better security than software-based alternatives. 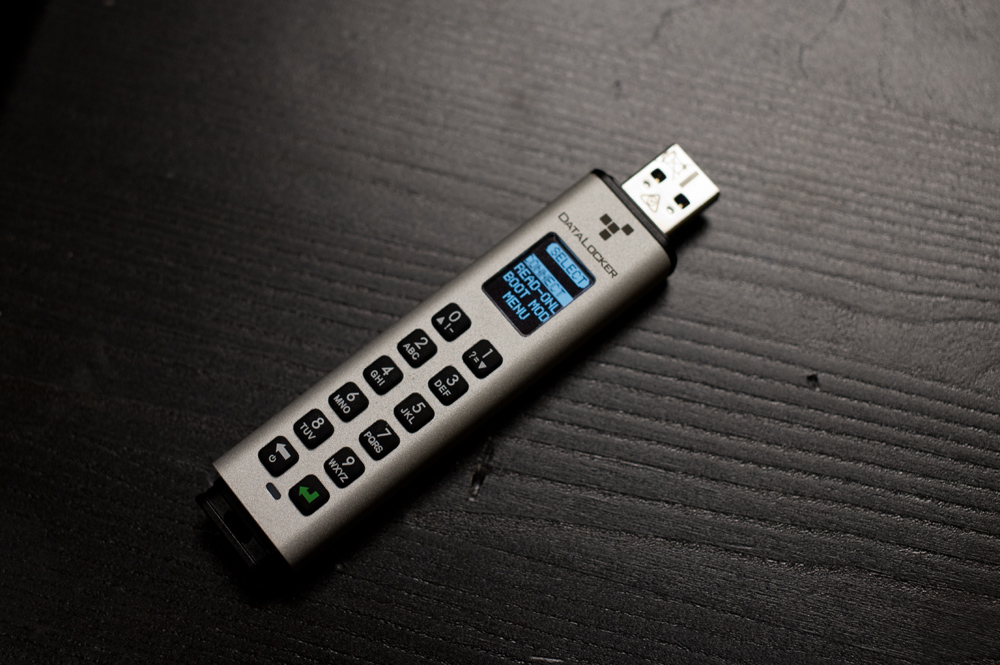 One of the more prominent features of the Sentry K350 is the mini-screen. This screen is quite unique to the Sentry K350 as no other encrypted USB drive that we have reviewed has had this feature. What is really cool, although, is that the mini screen does is it also gives users the option to choose what to use the drive for. Once booted, the drive gives a few options: connect, read-only, boot mode, and menu. This mini-LED is a good way to help users know what is going on and provide additional functionality as it gives direct feedback on what the device is doing.

In terms of connectivity, the Sentry K350 comes with the standard USB 3.2 Gen1 Type-A adapter. The Type-A adapter is pretty normal for USB encrypted drives to have and although doesn’t give speeds as fast as Type-C, does provide better versatility for numerous devices.

If help is needed, although there isn’t a physical quickstart guide, all information is able to be found on Datalocker’s website. This is a great way to understand how to use the product as it differs from other encrypted USB drives as the onboard screen provides all the features that a user may want.

Shifting to the internals of the Datalocker Sentry K350, this device offers protection to fight against many different forms of attacks and threats. The main feature that the Sentry K350 is proud of is the military-grade FIPS 140-2 level 3 encryption with a dedicated AES 256-bt XTS encryption engine. This always-on cryptographic engine proves to meet rigorous standards and provides better security than other software-based alternatives.

With the encryption standard that the Sentry K350 has, it protects against even some of the best attempts to crack the admin PIN, however, Datalocker has also integrated a brute force password protection process. This brute force protection is a little different than others because Admins are able to configure just how many attempts are allowed to be entered. Once the maximum is reached, however, the Sentry K350 will completely destroy the contents on the drive and will be empty once reconfigured. It is nice to see that there isn’t a set number of attempts since the buttons are quite small and accidentally hitting the wrong number is quite easy to do so configuring the maximum attempts is a solid feature.

Datalocker has also added the Sentry K350 to their proprietary software: Datalocker SafeConsole. SafeConsole is a device manager that allows for even more features than just the integrated features. SafeConsole allows for remote device detonation, which is good to have if the Sentry K350 is stolen or lost, and onboard anti-malware, which can automatically scan files and destroy those that pose a security threat, which is configured within the policy settings. There is also a dedicated log history that keeps track of all file activity, such as password attempts, device locations and machines, device health, and even the policies that are configured on the K350.

The performance of the Sentry K350 isn’t the main selling point of the device, and Datalocker really didn’t even push what speeds the K350 is capable of, however, we did find that the K350 datasheet says transfers speeds of 300MB/s read and 200MB/s write.

We ran our own tests, the first being Blackmagic’s Disk speed test in which we saw the K350 reach 124.3MB/s write and 235.6MB/s read. These are reasonable speeds considering the intended use case. 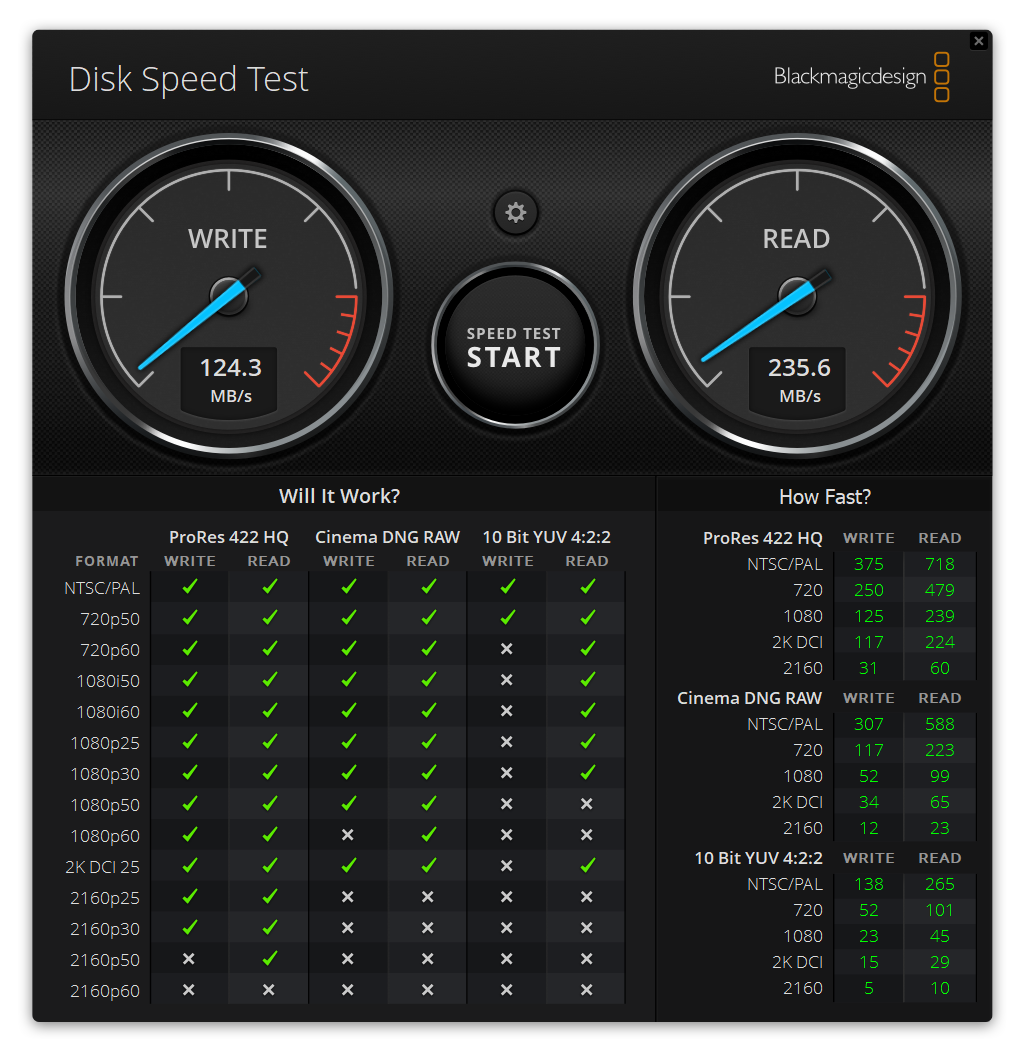 Overall, the Datalocker Sentry K350 is one of the more interesting USB encrypted drives that we have taken a look at. It comes with a solid encryption engine with FIPS 140-2 level 3 Device Certified Common Criteria cPP certification pending. Combined with AES 256-bit XTS hardware encryption, the Sentry K350 provides a strong defense against even some of the most malicious attacks.

In terms of performance, the Sentry K350 isn’t going to win any awards for speed, however, the speed isn’t the main selling point of the device. The speeds that the device reached were fairly close to those reported, however, this device is intended for document transfer, not downloading 4K video, so the Sentry K350 should be just fine transferring documents.

The Sentry K350’s security strength does carry a cost. The 16GB version retails for around $185 with the 256GB going for  $463 at CDW at the time of this review. Even so, Datalocker does have a solid reputation for security, and ultimately its certifications are critical for restricted environments. For those that need the utmost in secure drives, combined with a nice visual interface, the K350 is an intriguing option.

To Demo the Datalocker Sentry K350