Today Western Digital (WDC) released its new ArmorLock Security Platform. This platform is created to help with diverse security demands of data-centric and content-critical storage use cases in industries as varied as finance, government, healthcare, IT enterprise, legal, and media and entertainment according to the company. The first product to leverage the new technology is the G-Technology ArmorLock Encrypted NVMe SSD.

Today Western Digital (WDC) released its new ArmorLock Security Platform. This platform is created to help with diverse security demands of data-centric and content-critical storage use cases in industries as varied as finance, government, healthcare, IT enterprise, legal, and media and entertainment according to the company. The first product to leverage the new technology is the G-Technology ArmorLock Encrypted NVMe SSD. 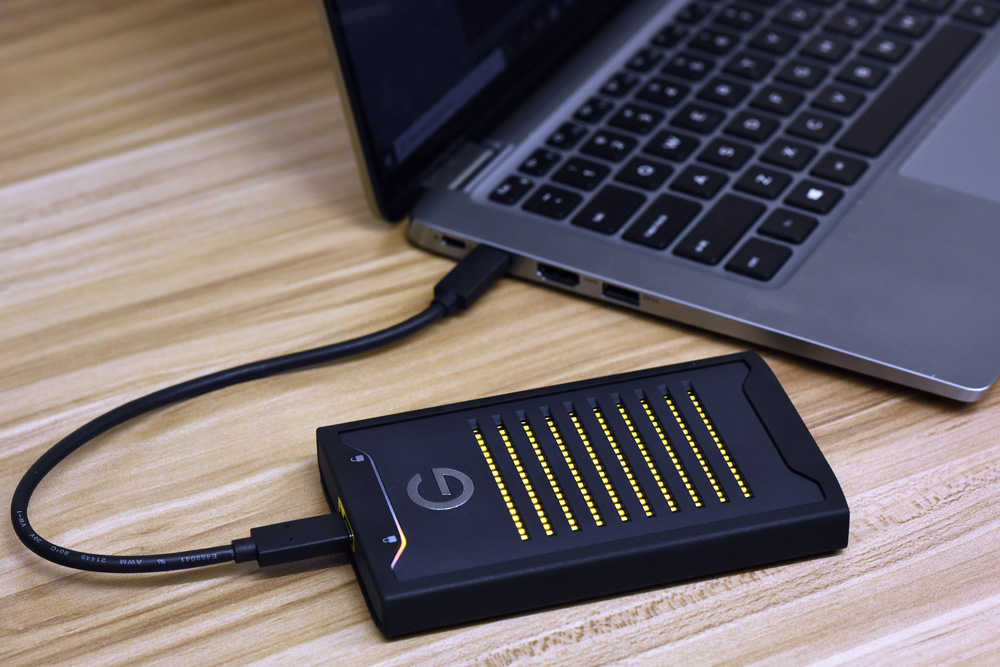 First, let’s take a look at ArmorLock Security technology. Stylized as ARMORLOCK, the new platform is about highly secure products that can be used by anyone. While this can be a bit of a balancing act in and of itself, Western Digital is also trying to strike a balance between being highly secure while still providing high performance.

Security starts in the manufacturing with each new device built with a root of trust and digital certificate of product authenticity. From a mobile app (iOS only at the moment but Android is underway) users can update firmware simply and securely. The platform provides open source, third party audited core cryptography with side-channel attack mitigation. Communications are kept private and secure over both wireless and wired connections through utilizing zero-touch certificate-based provisioning. Biometric authentication is available for password-less usage. And if the device is lost or stolen, WD provides a zero-knowledge public key management that protects user privacy.

The first device released, G-Technology ArmorLock Encrypted NVMe SSD is a portable SSD pitched as a high-performance and high-security device for media and entertainment. While M&E is a target audience the drive is a good fit for government, finance, IT enterprise, and the evolving nature of healthcare and legal fields that are moving more quickly away from hard files with the pandemic.

The drive aims to deliver secure storage that doesn’t slow users down. No need for a password as the SSD can be unlocked through the app that allows who has access to it. Users can also be authorized remotely before or after shipping the drive. The device has the ruggedness to survive shipping. USB 3.2 Gen 2 is leveraged for interface (with 1GB/s claimed speeds for reads and writes) but it is backward compatible as well.

Looking specifically at the M&E use case,  there’s often a lot of shuffling sensitive footage to and from a set. When working on something like a series finale or one of those superhero movies, leaks are highly sought after by fans, and studios fight to stop them. As they are shipping shows, or parts of shoots, back and forth from set to post-production, the G-Technology ArmorLock Encrypted NVMe SSD would add another layer of protection in transit or if it gets lost. Also, a good use case for something like a documentary shoot where some of the interviewees need their identities protected.

Currently, the G-Technology ArmorLock Encrypted NVMe SSD is only available in 2TB for an MSRP of $599 and comes with a 5-year warranty.

Everything made my G-Technology is nice and clean looking. If one is in the market for nice looking tech gear, G-Tech never disappoints, though tastes can be subjective. The G-Technology ArmorLock Encrypted NVMe SSD is small enough to fit in the palm of a user’s hand but may be a tad bulky for a pocket.

On the top, there is the G branding in the middle with LED Locked/Unlocked indicator lights on either side. In the middle is a grill with a yellow heat-dispersing aluminum core. G-Technology went with the gold heat sync for these products to help visually differentiate them from their mainstream offerings that use a teal/blue ID. 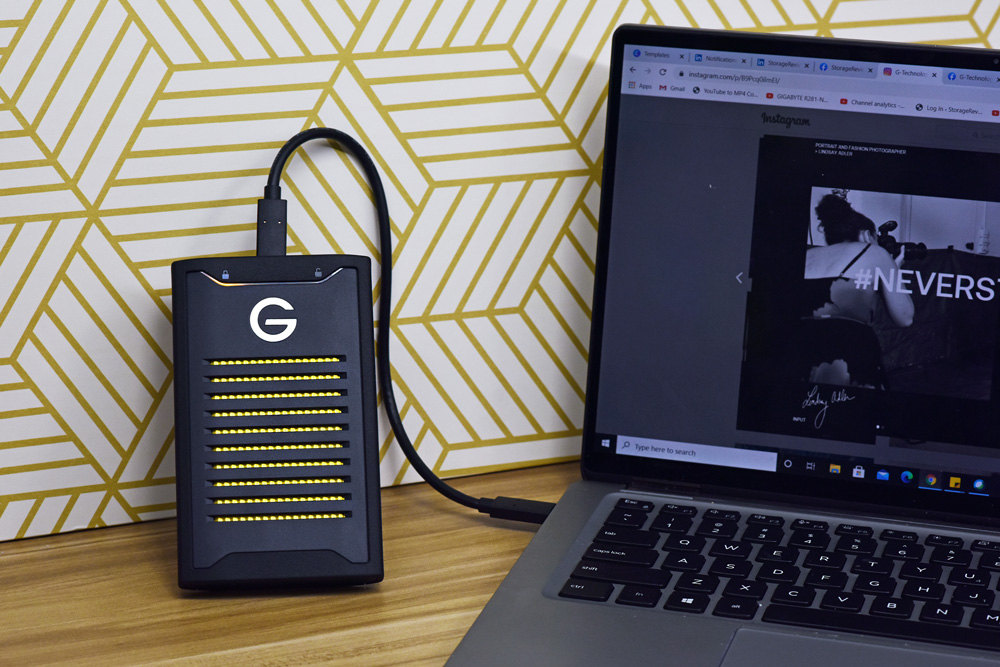 On the other side is a sticker with relevant information such as capacity and model number and the like. And of course, the QR code that is needed for setup. 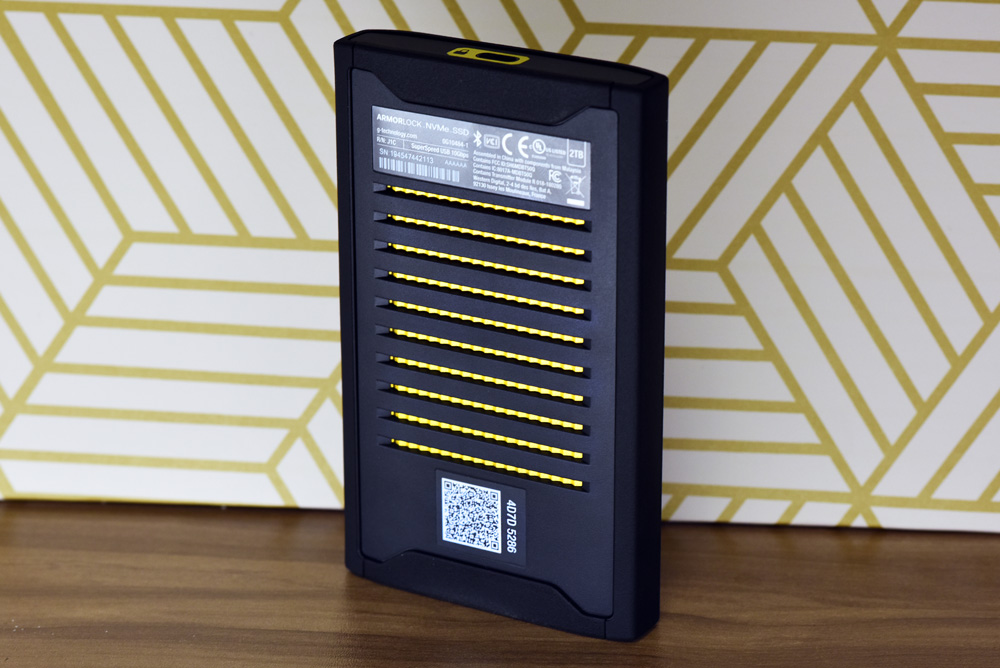 Management of the SSD is simple, though an app is required before the drive can be used. This additional step is critical for security but may cause confusion for those who want to jump right into their drive.

Download the ArmorLock app on your favorite platform and tap “add drive.” Users will be prompted to scan the QR code. From here one either sets up a new drive or erases an old one. Name it and select preferred settings and it is ready to rock.

The drive is unlocked through biometrics like FaceID on the user’s mobile phone (or the other users with access). In the case of not leveraging a phone, there is a macOS app as well.

As stated, several users can access the drive if set up that way. So once it is locked, it can be shipped to other users, they can use their phone to unlock, and they will be ready to download the data.

While the drive itself doesn’t report GPS data, it will tag the last known location via the connected authenticating device. This comes in handy to track down a misplaced drive, should that occur. This works quite similarly to Apple’s Air Pods tracking for instance.

To gauge the performance of the G-Technology ArmorLock Encrypted NVMe SSD, we tested the portable drive using the Blackmagic software on a gen-1 MacBook Air and IOMeter on a Lenovo ThinkCentre M90n Nano. 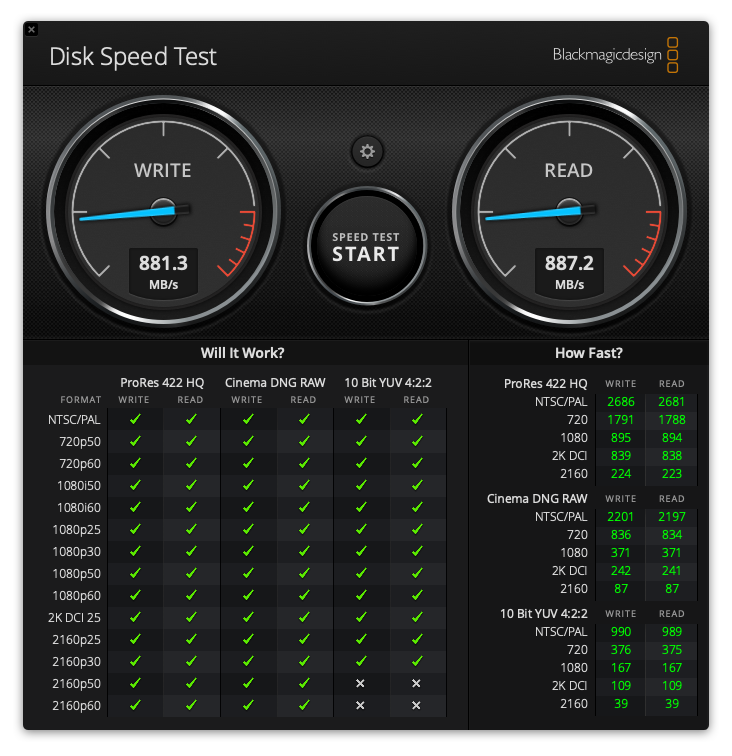 The G-Technology ArmorLock Encrypted NVMe SSD is the first product of Western Digital’s new ArmorLock Security platform. WD is looking for a balance of high-performance, security, and ease of use. The drive leverages USB 3.2 Gen 2 for the quoted performance of 1GB/s in both read and write. It is tough enough to survive shipping. While there are several use cases for a product like this, the company has called out M&E as one of the use cases and we detailed a scenario for use in the introduction above. Chatting with our creative team, there seems to be a good alignment here.

Management is done through a simple and intuitive mobile app. Users can set up and start using the device in a matter of minutes. As it is designed to be shipped, remote users can quickly be set up as well using biometrics on their phones to unlock it and access the data. When it comes to secure devices like this, security is only good if it’s used. Often times the drives will have security disabled because it’s too cumbersome to use, or that classic move of taping the security code to the back of the device so literally everyone knows what it is. G-Technology has solved these problems by making access not only easy but easy to share as well.

The G-Technology ArmorLock Encrypted NVMe SSD provides far more security than the normal portable drive, with easy to use apps for drive and user access management. It also leverages the ubiquitous USB 3.2 Gen 2 interface, delivering a pretty good performance profile. It should be noted that G-Technology has faster portable drives should speed be the primary concern. Security and ease of use are the crux of this particular matter, however. At $600 the drive is expensive, but it’s clearly the class leader in providing high-security portable storage that offers simple, yet powerful, management tools.