Micro Center is giving away a free Inland Professional 240GB SATA SSD to new customers. And the requirement to be a new customer is pretty easy to pass, you pretty much just need a phone number that’s not in the Micro Center database. But even for free, is the tradeoff of marketing messages and your time, it’s local pickup only, worth the effort for what is a $30 SSD?

Micro Center is giving away a free Inland Professional 240GB SATA SSD to new customers. And the requirement to be a new customer is pretty easy to pass, you pretty much just need a phone number that’s not in the Micro Center database. But even for free, is the tradeoff of marketing messages and your time, it’s local pickup only, worth the effort for what is a $30 SSD? 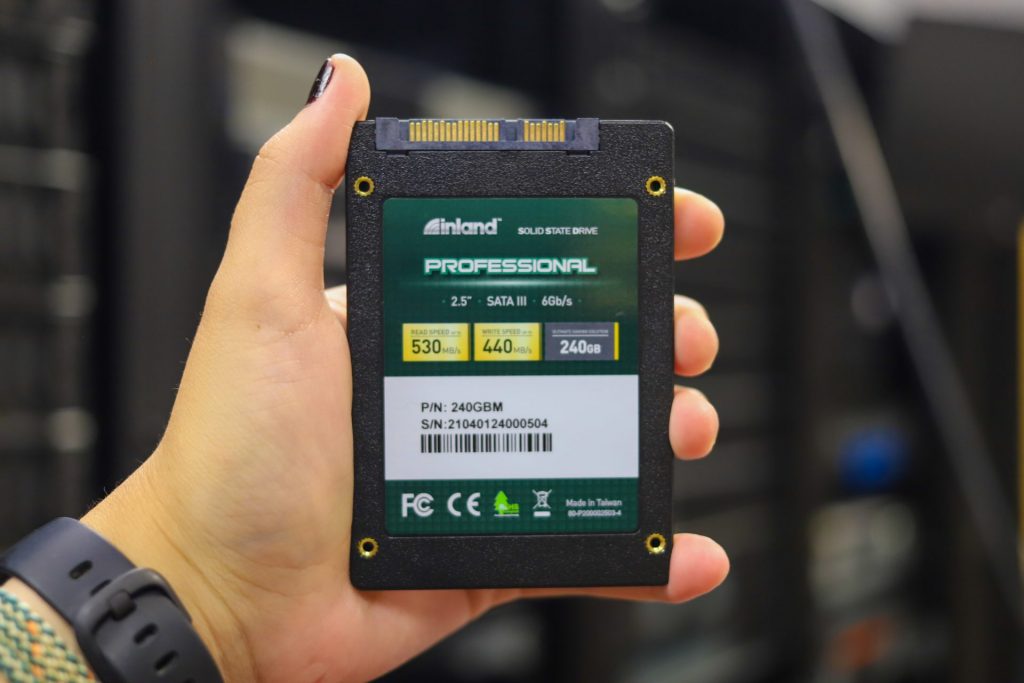 The $30 SSD isn’t a fresh concept, we got pretty excited about new, inexpensive SSDs when Lexar dropped the NQ100 back in March. The NQ100 actually performed pretty darn well and could be had at Amazon for $31.  We even used the drive to put together a budget PC for under $150, that included both the SSD and a Windows 10 license, not too shabby.  But supply and demand being what it is, the NQ100 has rocketed up in price by 10% to $34, causing us to rethink the entry SATA SSD space. Mid thought though, Micro Center has come along with this free SSD bomb, just in time. 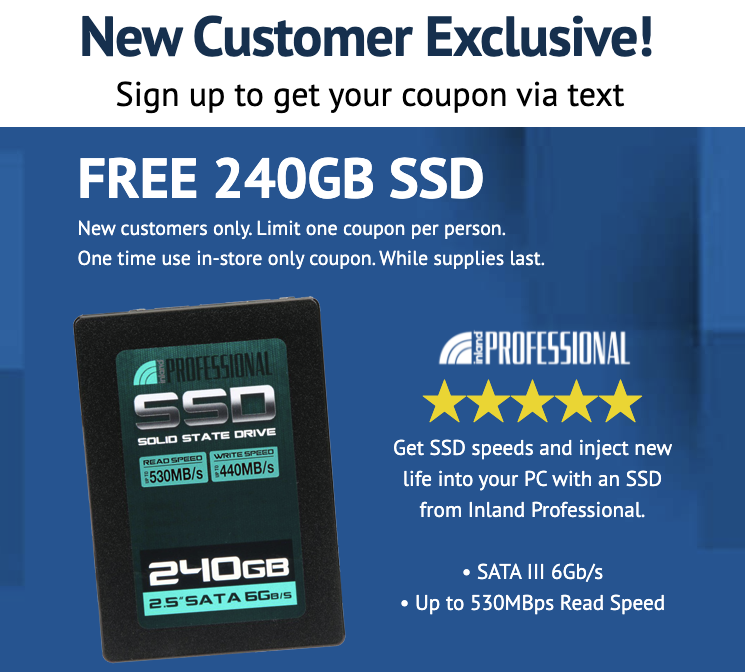 Inland is a Micro Center house brand. Whether it’s storage or refill filament for a 3D printer, Micro Center’s Inland brand is to tech what Amazon’s dozens of brands are to toilet paper, shampoo, and such. To the SSD at hand (specifically SKU – 411421), at a high level, it’s a 2.5″ 7mm SATA SSD, thankfully with TLC NAND. It’s common to push QLC into these low-cost drives and it’s possible for the drive vendor to not even bother to disclose the NAND inside. 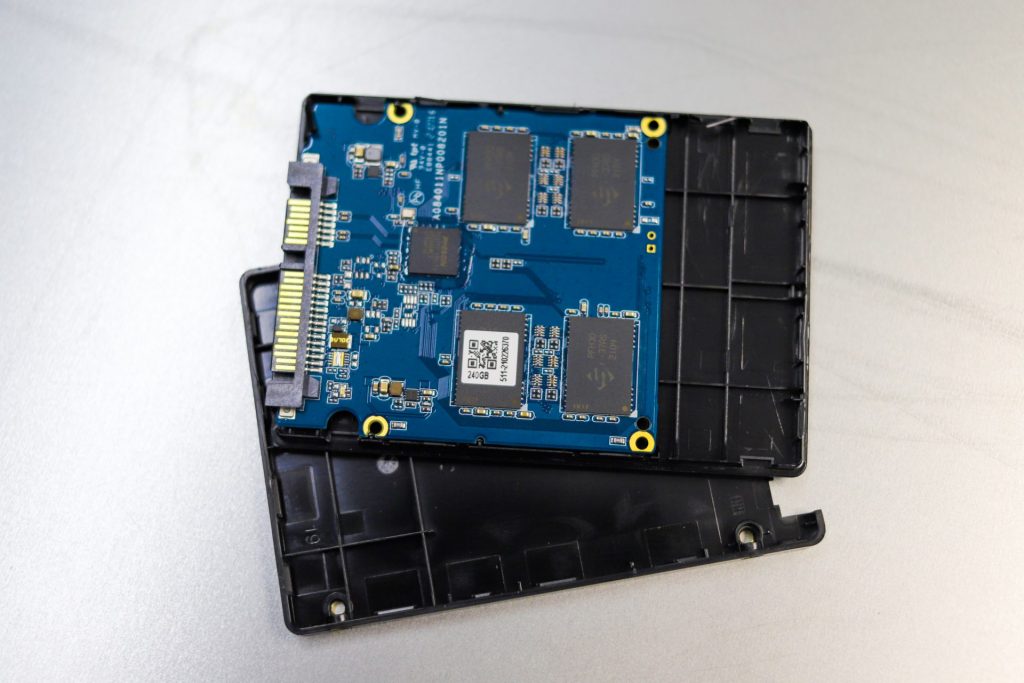 Looking at performance Micro Center says the drive can churn 530MB/s read and 440MB/s write. In terms of IOPS that’s up to 42,000 random read 4K and up to 80,000 random write. The SSD offers an endurance rating of 175 TBW, which isn’t much, but then again we’re banking this drive isn’t asked to do a whole lot either. 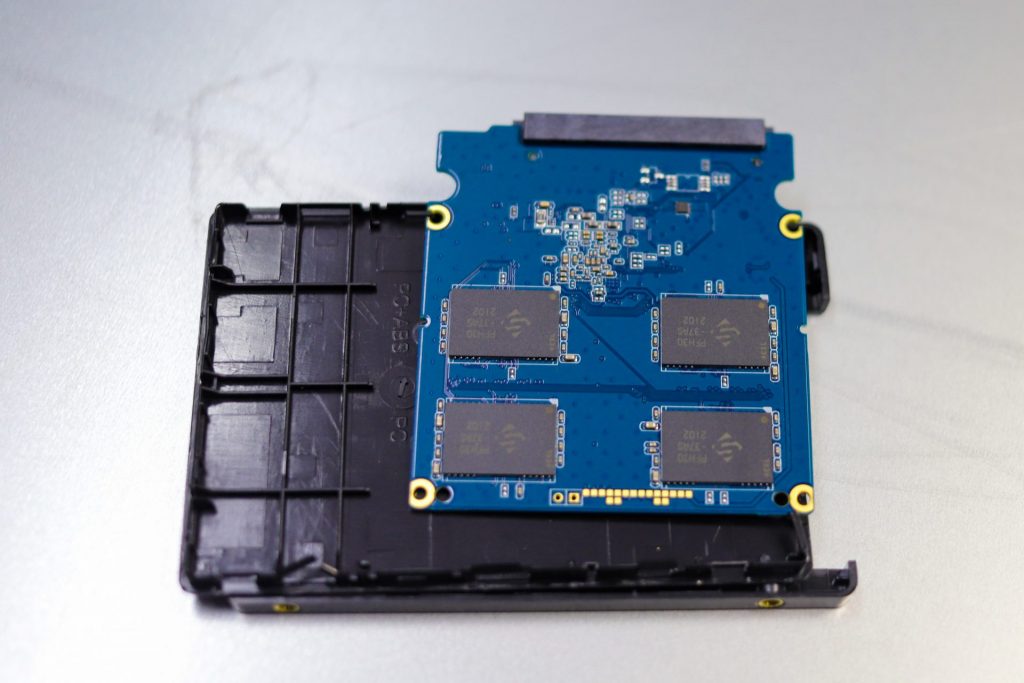 Powering this drive is a Phison PS-3111-S11-13 controller. Normally we don’t care a whole lot about SSD controllers at this level, but this particular Phison S11 family has a  special history. And it’s not good. There are many posts on Reddit and elsewhere (here, here, and here should provide enough color) that should immediately discourage anyone from buying an S11-powered SSD. But the internet isn’t always right, we soldier on undeterred.

Micro Center sells this guy for $29.99 in-store only. If you want it delivered, they resell a nearly identical drive via Amazon for $2 more, with free shipping.

In our first test measuring 4K random read performance, the Inland Professional starts off with a moderate lead, topping out at 29k IOPS, while the Lexar only pushed 21.6k IOPS.

Switching from random to a sequential read workload, we measured a peak bandwidth of 337MB/s from the NQ100, while the Inland Professional capped at only 253MB/s. Both of these figures are far less than the quoted “up to” speeds on both drives.  At this point, it’s a tossup between the two cheap drives.

In our sequential write workload, we see a similar pattern, where the Inland Professional starts to crumble under a demanding 64k sequential write workload. In this area, it pushed out a lackluster 66MB/s, versus the NQ100’s “impressive” 142MB/s. I had to put that in quotes because even that figure isn’t that great, but by comparison, it’s pretty fantastic.

Switching to our VDI workload, we start with the boot profile. While the Inland Professional did edge out in peak IOPS, it came at a cost of much higher latency spikes and overall sloppy performance.

In the VDI Initial Login profile, the Inland Professional again edged out the NQ100, with performance measuring nearly 6k IOPS, versus the NQ100’s 4k IOPS peak. But again, the drive isn’t exactly composed.

In our final workload covering a VDI Monday Login profile, the Inland Professional again edged out the NQ100, measuring 5.3k IOPS over the NQ100’s 3.9k IOPS.

At the end of the day, you kinda get what you deserve when you buy a cheapo SSD without doing homework. There are a lot of garbage SSDs in the market, but the bottom of the barrel tends to hold the greatest amount of pure trash. The fact of the matter is that putting together a more expensive SSD is both harder and more expensive, which is why you see brands like Samsung, WD and Seagate dominating that market. 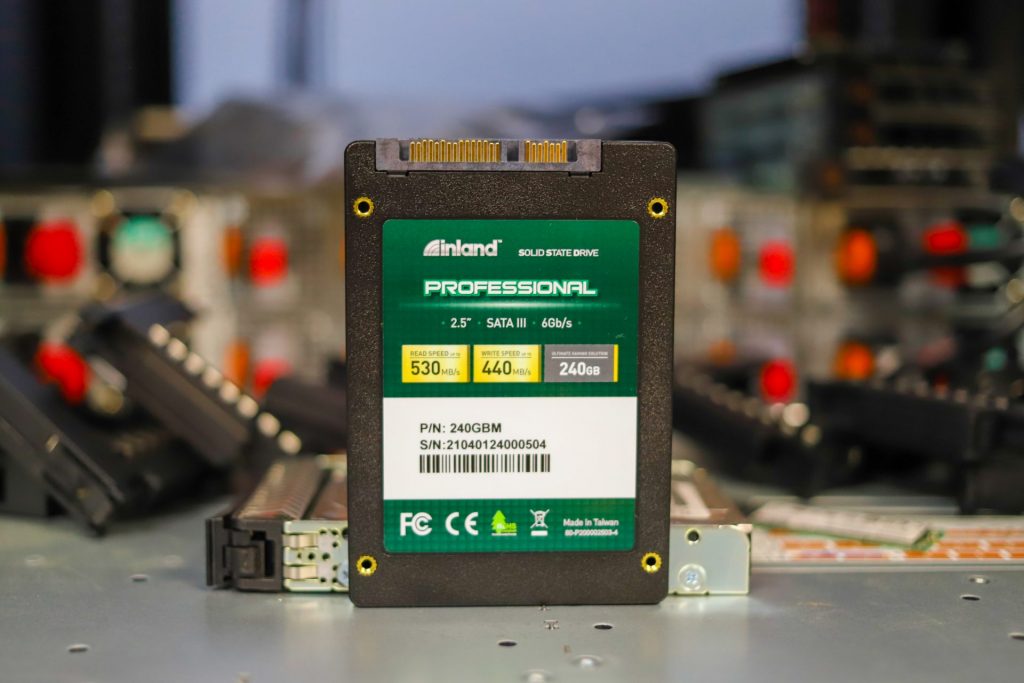 Back to the bird in hand though. Is this free SSD worth your energy and time to procure? The Lexar drive doesn’t exactly walk away with the performance title, but it outperforms Inland in three of the four basic workload tests. Both drives barfed in their own special ways in the more intensive VDI workloads. Mercifully, we didn’t run SQL Server tests on these drives.

The Inland drive stinks though and it’s arguably a crime that they continue to sell this drive given the myriad complaints. The number of unsuspecting budget system builders that drop this in their carts because it’s so cheap and think hey, “how bad can it be?”  It’s very bad and yes, this time it’s free, but it’s still not worth it. You have to factor in your time in these decisions. Unless you live in an apartment above a Micro Center and can secure this deal in just a few minutes, move on, Micro Center has way better new customer incentives. And, if you live in an apartment above Micro Center, then you have other more pressing life choices to be examined.

The bottom line is that there are SSDs that are infinitely better for $30, this drive is an offense to the word “professional.” The NQ100 will get the job done for most and we’ve found it to be a reliable drive in our work.