The Lexar NQ100 is a 2.5” SSD that is designed for the most entry-level needs. While not being a high-performance drive, it is immensely better than using hard drives. Users will see a massive gap up in performance, not to mention the NQ100 will use less power and make no noise compared to legacy spinning disks. The Lexar NQ100 comes in three capacities; 240GB, 480GB, and 960GB.

The Lexar NQ100 is a 2.5” SSD that is designed for the most entry-level needs. While not being a high-performance drive, it is immensely better than using hard drives. Users will see a massive gap up in performance, not to mention the NQ100 will use less power and make no noise compared to legacy spinning disks. The Lexar NQ100 comes in three capacities; 240GB, 480GB, and 960GB. 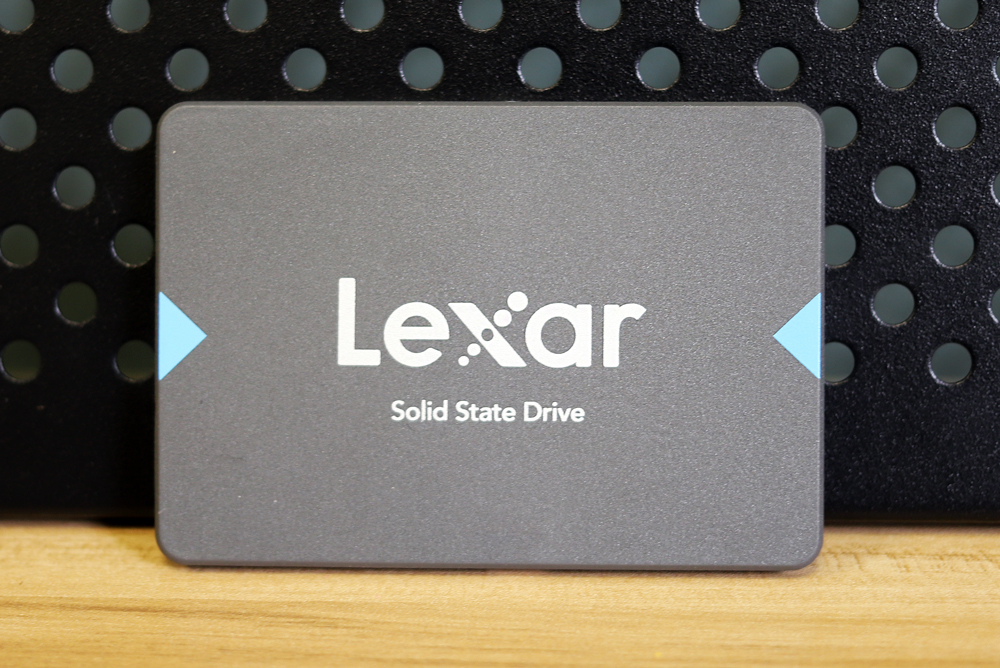 The NQ100 leverages the SATA III interface. This interface can provide up to 550MB/s with the NQ100, not quite near the speeds we see in NVMe consumer drives nowadays, however, this drive can be picked up for as little as $30. Also, being a SATA makes it an ideal drop-in and replace of an HDD. Users will see faster boot-up times, quicker application load times, and faster data transfers. 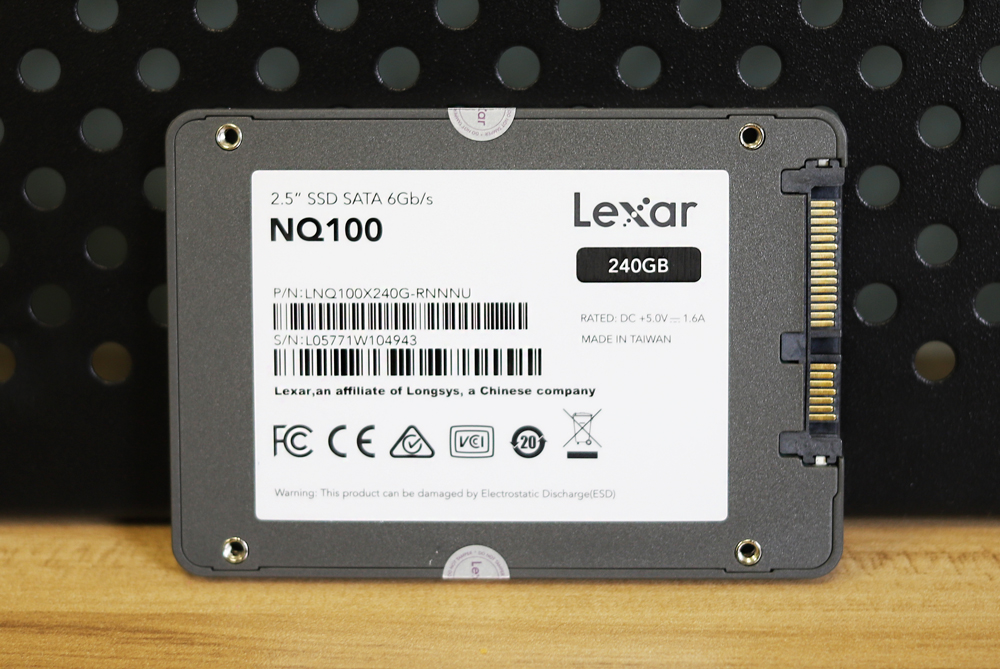 We used our Dell EMC PowerEdge R740xd test platform to perform the benchmarks on the Lexar NQ100.

Normally we run SSDs against a handful of comparable drives to give users an idea of what to expect. With the Lexar NQ100, we don’t have a good comparison as it is an entry-level drive and most of the drives we’ve looked at over the last 12 months or so have been more on the high-performance side and have been higher in capacity. So in this case, we are just looking at the results as sheer numbers versus how it places.

The first up is 4K random read. The NQ100 maintained sub-millisecond latency until over 20K IOPS and peaked at 21,687 IOPS with a latency of 5.9ms.

Next, we looked at our VDI benchmarks, which are designed to tax the drives even further. These tests include Boot, Initial Login, and Monday Login. Looking at the Boot test, the NQ100 had sub-millisecond latency until about 5,500 IOPS and peaked at 8,375 IOPS with 4ms for latency.

For VDI Initial Login the drive peaked at 4,093 IOPS with a latency of 7.3ms.

The Lexar NQ100 is a 2.5” SATA SSD that is aimed at giving an entry-level computer a boost in performance. Specifically, if one is using spinning disks and is looking for a pick me up in boot, application load times, and data transfers. Lexar claims the drive can hit up to 550MB/s (the interface limit) and is priced pretty low at around $30 for the 240GB capacity. Though, those that need a bit more storage and get the drive in a 960GB capacity in the near future.

For performance, he ran the drive through our VDBench tests. The NQ100 performed as expected, not fantastic but not bad for a SATA aimed at entry-level. Highlights include 22K IOPS in 4K read, 23K IOPS in 4K write, 339MB/s in 64K read, and 142MB/s in 64K write. In our VDI benchmarks, the drive gave us 8K IOPS in boot, 4K IOPS in Initial Login, and 4K in Monday Login.

If you have an HDD in an older computer and want a bit of a pick me up, the Lexar NQ100 fits that bill nicely and for as little as $30. To further illustrate the point, we’ve purchased an old HDD-based PC for $110 off NewEgg and intend to show off exactly what a low-cost SSD can do in that scenario.