So, let’s get the elephant in the room out of the way. Why is this a hands-on and not a full-fledged review? Simple. HP provided us with some pre-production units so we could get our hands on them early. It is good that they got here early. It could be a bit problematic to run performance as they are not exactly what you will be able to order next month. So instead of providing the readers with information that may not be fully accurate, we are doing a hands-on approach instead.

Large chunks of the world are working remotely nowadays. This was a fairly easy transition for lots of office workers that don’t need to leverage powerful programs very often. If they had a home laptop or desktop, they were good to go, or they could be provided one or a thin client by their employer. But power users need a powerful machine to work with. HP’s new ZBook G8 portfolio fills that bill.

First, let’s look at the hardware the HP ZBook Studio G8 offers. The workstation leverages the 11th generation Intel Core processor both i7 and i9 processors with a top end of 8 cores and 2.6GHz base frequency. Along with those, there are up to 32GB of DDR4, 3200MTs memory. Users can have either up to 2TB of PCIe Gen3x4 NVMe M.2 storage or 512GB of SED SSD storage for those needing a bit more security. There are a surprising number of GPU options going all the way up to an NVIDIA RTX A5000.

Like the rest of the line that was introduced today, the Studio G8 comes with a 15.6” display. In fact, this model comes with the company’s DreamColor display with 100% DCI-P3 coverage and is PANTONE validated for complete color accuracy. This is good for high-speed videos, animation, or gaming. The screen also comes in a touch model for those that enjoy using more of a tablet-type experience. 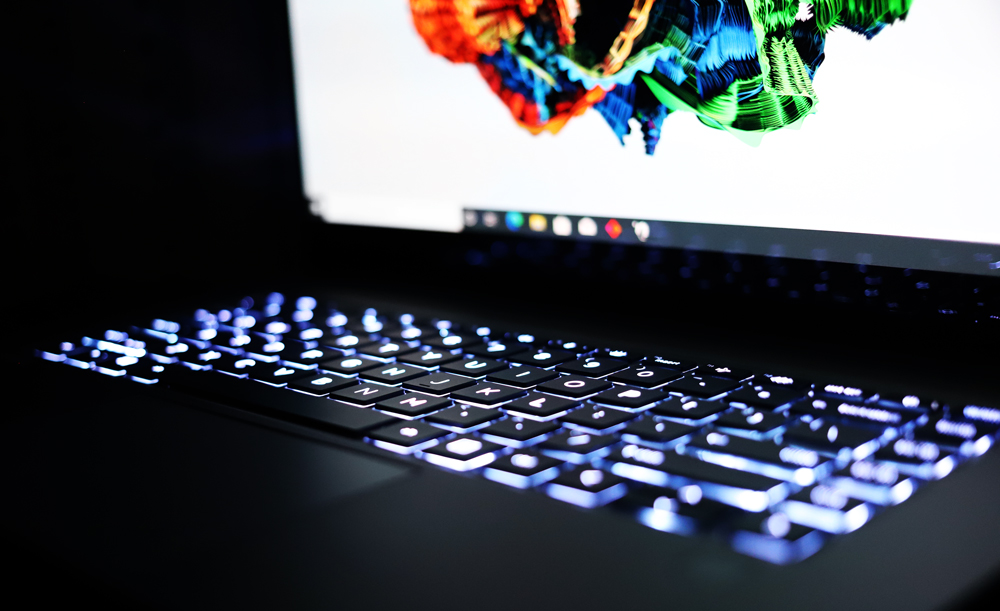 The entire portfolio announced today comes with the new Tile feature. The Tile is embedded with Intel. The service Tile provides will allow users to detect and find their missing laptops. Tile is wireless Bluetooth making it easier to locate. You will need a Tile subscription service.

One of the downsides to remote work is the toll it takes on collaboration. While this issue is often cited it seemed to be up for debate as some studies show a negative impact and others show the use of technology to communicate instead of face-to-face to be more beneficial. If leveraging technology is what is needed for collaboration, HP does install its ZCentral Remote Boost software on all its computers. Tom gave us a fairly in-depth look at how it works and what to expect here.

The HP ZBook Studio G8 is all aluminum and comes in a color the company calls turbo silver, not real light but not too dark either. The top of the workstation has the big HP ZBook Z on it.

On the left side is the Kensington lock, a USB port, some ventilation, and the audio port. 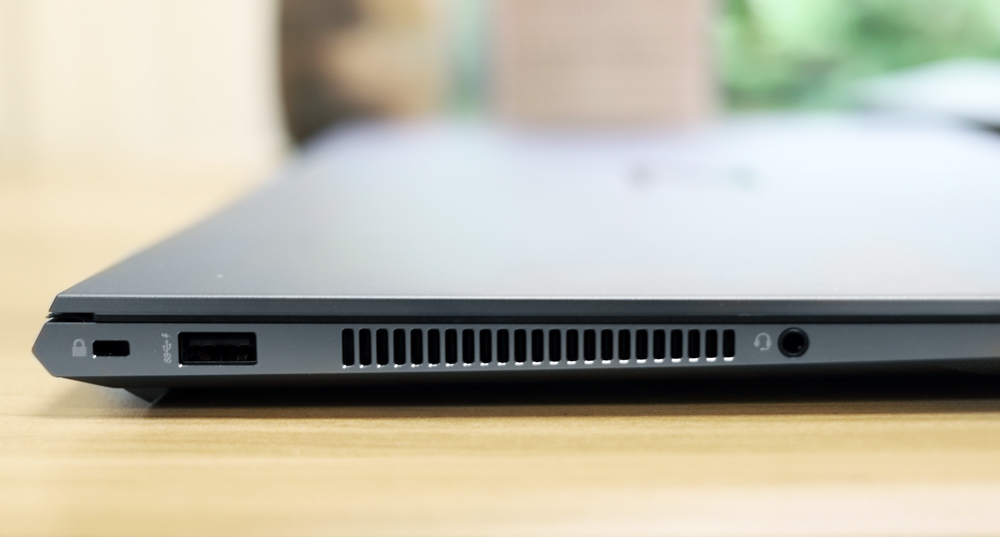 On the right side is the power port, two Thunderbolt 4 ports, a Mini Displayport, and an SD card reader.

On the bottom, there are multiple speakers and information like the model number. There are three feet that keep the computer just off of the desk it would sit on.

Opening up the screen and keyboard light up at the HP ZBook Studio G8 has no sleep or off mode. At the top of the keyboard are more Bang & Olufsen speakers and at the bottom is a fingerprint reader. The keys are spaced out a bit so there may be a few missed keys while you are getting used to it. The trackpad is centered on the keyboard. 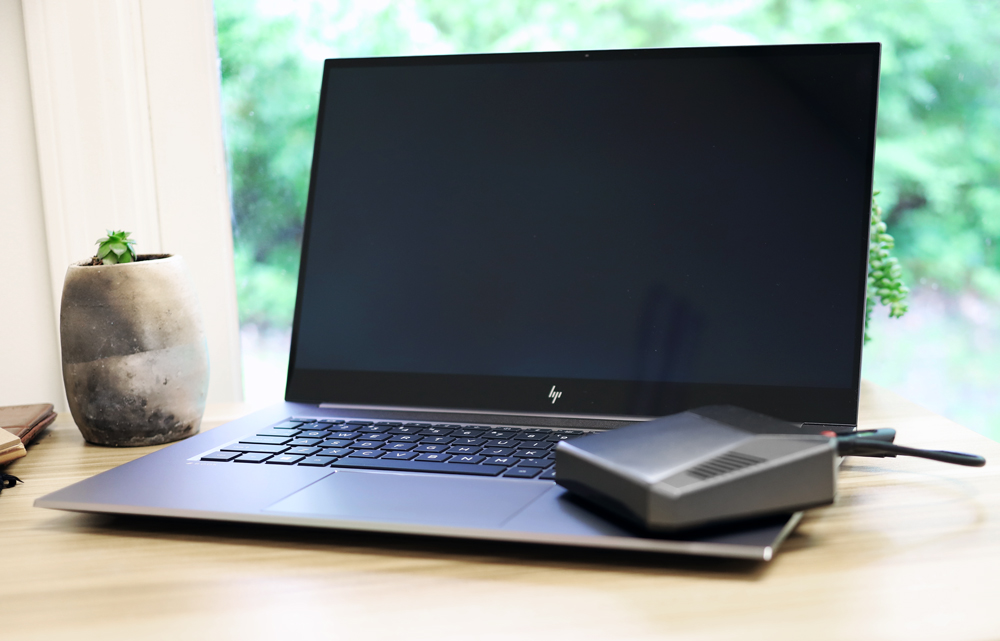 The workstation definitely has a dense feel to it. It is quite slim but has a heft to it. Dropping it on your toes would give you a bad day, especially with the sharpish corners. It can be moved fairly easily with a single hand, though it is a bit “top” heavy at the screen side weighs more than what I’m used to.

It comes to life pretty keep when it is opened. The keyboard and trackpad are really responsive and comfortable to use. The screen really is something to behold. It has the nicer picture I would associate with the higher-end mobile phones but it much larger. For those that need a really good picture for photo, video, or game editing, this nicely fits the bill.

HP refreshed its ZBook workstations today with G8. This included the entry-level HP ZBook Power G8, the highly customizable HP ZBook Fury G8, and the workstation looked at here, the HP ZBook Studio G8. The Studio aims to bring the maximum amount of performance in a mobile workstation. The Studio leverages either Intel Core i7 or i9 CPUs, up to 32GB of DDR4 RAM, up to 2TB of PCIe Gen3x4 NVMe storage, and several higher-end NVIDIA GPU options. The workstation also comes with a 15.6” display with a touch option for those that wish to have more of a table-like experience. 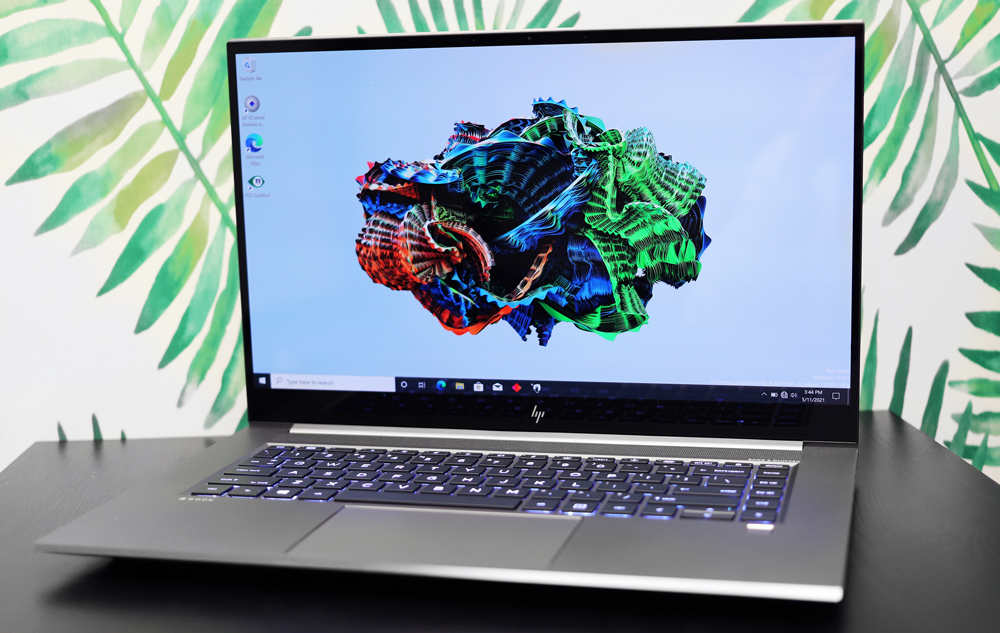 Overall, this is a very nice mobile workstation that packs in a lot of power. The display is beautiful and the always-on nature is a nice touch, but I believe in turning things off. They could have probably added PCIe Gen4 storage options for a bit more speed on the storage end, but this will most likely suit the needs of most power users as is.

Get an extra 15% off HP business desktops and workstations: code DTSMB15