Announced back in November, the 665p is Intel’s latest QLC SSD. Like its predecessor the Intel 660p, the 665p leverages QLC (quad-level cell) 3D NAND to lower the price of the SSD while only taking a moderate performance hit. The 665p is built off of Intel’s 96-layer NAND, the first QLC drive to hit the market in 96-layers. Like the 660p, the 665p is an M.2 SSD that leverages the NVMe interface and comes in 1TB and 2TB capacities.

Announced back in November, the 665p is Intel’s latest QLC SSD. Like its predecessor the Intel 660p, the 665p leverages QLC (quad-level cell) 3D NAND to lower the price of the SSD while only taking a moderate performance hit. The 665p is built off of Intel’s 96-layer NAND, the first QLC drive to hit the market in 96-layers. Like the 660p, the 665p is an M.2 SSD that leverages the NVMe interface and comes in 1TB and 2TB capacities. 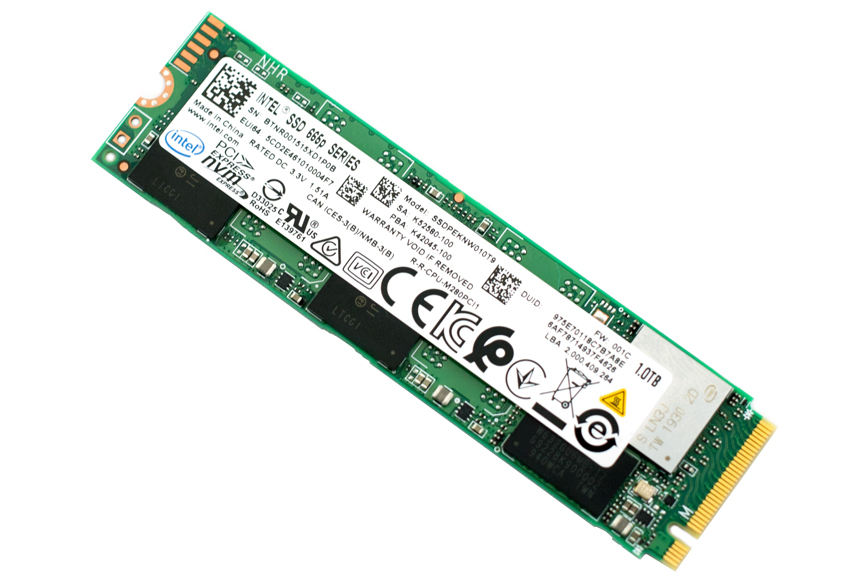 The Intel 665p is aimed at “everyday computing” as well as mainstream gaming. Like most M.2 form facto drives, it is aimed at notebooks, mobile devices, and desktop with the rest of the room taken up by something else. As stated, the drive leverages QLC. QLC stands for quad-level cells and is the next step beyond the already common triple level cells (TLC). As the name indicates, QLC packs in 4 bits per cell, one more than TLC. Alongside packing in 33% more bits per cell, we can reasonably expect a further decrease in write speeds and program-erase cycles as well as an increase in power consumption and error-rates; likely necessitating the development of new error-correcting code and controls. 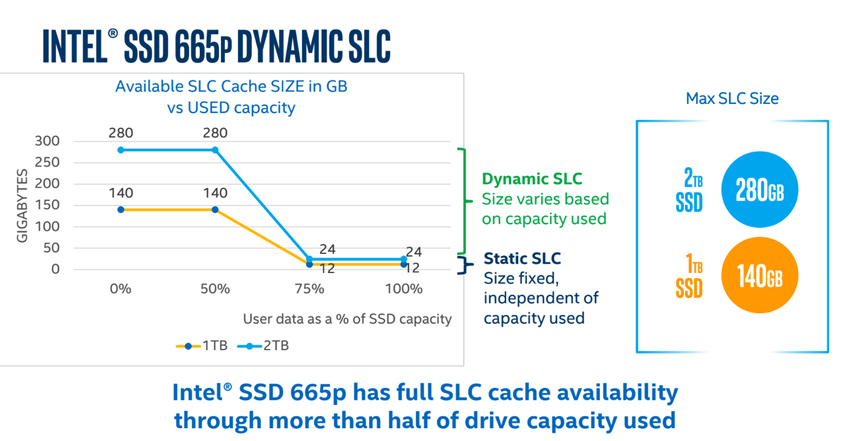 In our previous review of QLC technology, the drive, the Intel 660p, didn’t fair too well against the other drives in our comparison. The 665p comes with a 50% endurance bump and a modest performance bump, with top sequential speeds of 2GB/s read and write and random speeds up to 250K IOPS read and write. Part of the reason for the increased speed is the 665p’s dynamic SLC cache. The cache can grow or shrink to increase the speed of IO. The dynamic SLC cache also gives the drive its higher endurance.

The Intel 665p comes with a 5-year limited warranty and can be picked up today for $130 for the 1TB model, which we used for our review.

Though we ran SQL Server on the Intel SSD 660p, the test is rather large and not friendly to QLC. That being the case, we decided to skip the test for this review and QLC reviews going forward. 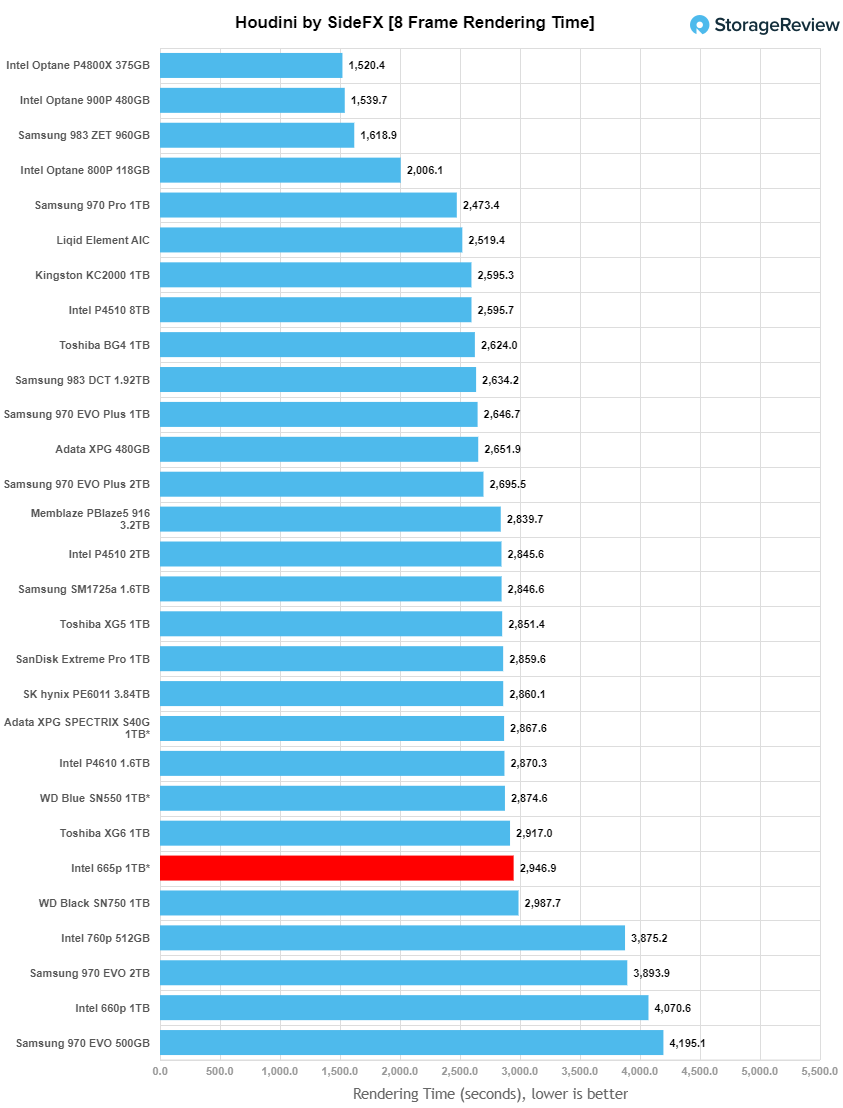 Next, we looked at our VDI benchmarks, which are designed to tax the drives even further. These tests include Boot, Initial Login, and Monday Login. Looking at the Boot test, the Intel 665p continued to shine peaking at 45,456 IOPS at a latency of 739.6µs before dropping off some. Again, the 665p took the top spot.

In our VDI Initial Login the 665p peaked at about 33,400 IOPS at roughly 800µs taking the top spot by some margin.

The Intel 665p is the company’s second release of QLC technology for end user computing (they do also offer QLC/Optane SSDs), this time with 96-layers. While their last attempt was an ok drive, it was a bit underwhelming. Noting this, Intel has devised a dynamic SLC cache to both improve performance and endurance. The drive comes in an M.2 form factor, up to 2TB of capacity, and is aimed at general everyday use.

Looking at performance, the Intel SSD 665p started off a bit rough in our VDBench coming in last in both 4K read (207K IOPS) and 4K write (221K IOPS) when compared to how the previous 660p performed. However, the SSD quickly went on to take the leading spot in all other tests hitting 1.28GB/s in 64K read, 1.86GB/s in 64K write, 45K IOPS in VDI Boot, 33K IOPS in VDI Initial Login, and 32K IOPS in VDI Monday Login. In Houdini the 665p was in the bottom quarter of the pack but showed an improvement over the 660p with 2,946.9 seconds.

The Intel SSD 665p shows some improvement over the 660p, however there is an issue with cost to performance. Currently the 665p can be purchased for $130 that is the same price one can pick up a higher-preformat drive for similar tasks. If the price of the 665p comes down it will make a fine general use drive. Intel will nonetheless be able to sell plenty of these guys to OEMs, along with their newer CPUs, aggressively pricing the all-Intel combination. End users that buy a value system with a 665p inside, will likely have a very good experience and won’t feel any bumps in performance, despite the hiccup in 4K.