Introduced earlier this year, the DC P4510 Series is Intel’s new data center NVMe SSD. Designed specifically for the Cloud (with the tagline “Cloud Inspired. Storage Optimized.”), the P4510 is Intel’s first enterprise 64-layer 3D NAND SSD. Leveraging this technology, the company was able to drive the capacity of the drive up to 8TB, all the while being able to fit it in a U.2, 15mm form factor.

Introduced earlier this year, the DC P4510 Series is Intel’s new data center NVMe SSD. Designed specifically for the Cloud (with the tagline “Cloud Inspired. Storage Optimized.”), the P4510 is Intel’s first enterprise 64-layer 3D NAND SSD. Leveraging this technology, the company was able to drive the capacity of the drive up to 8TB, all the while being able to fit it in a U.2, 15mm form factor. 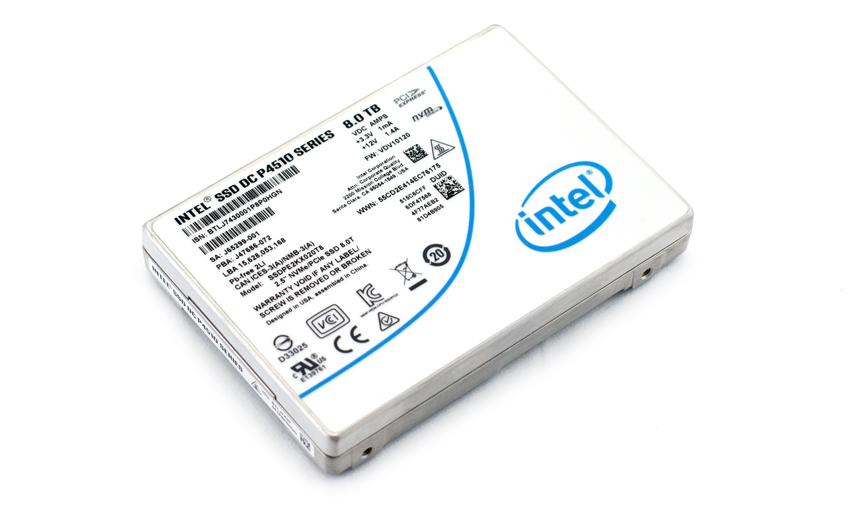 The expanded capacity can help companies either consolidate workloads or support broader cloud workloads better, enabling service providers to increase the number of users and improve data service levels. Along with the high capacity, the drive has improved QoS that utilizes an intelligent firmware algorithm that keeps host and background read/write data at an optimum balance. The P4510 has quoted performance of 3.2GB/s read and 3GB/s write, as well as 637K IOPS read and 139K IOPs write. 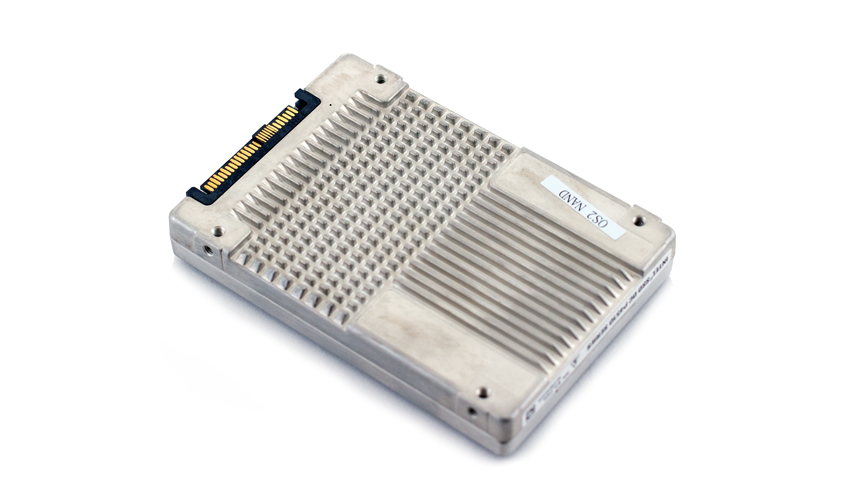 The drive series also minimizes service disruptions through enhanced SMART monitoring of drive health and status, using an in-band mechanism and out-of-band access. This helps in the event of sudden power loss as well to prevent data from being lost along with it. The P4510 has firmware enhancements built into its new 3D NAND that prioritizes host workloads, thus ensuring better service levels.

The Intel DC P4510 comes in capacities of 1TB, 2TB, 4TB, and 8TB and uses the NVMe specification 1.2. For this review we will be looking at both the 2TB and the 8TB models.

In order to understand the performance characteristics of enterprise storage devices, it is essential to model the infrastructure and the application workloads found in live-production environments. Our benchmarks for the Intel P4510 are therefore the MySQL OLTP performance via SysBench and Microsoft SQL Server OLTP performance with a simulated TCP-C workload. For our application workloads, each drive will be running 2-4 identically configured VMs.

For SQL average latency, the P4510 again came in third with 9ms. 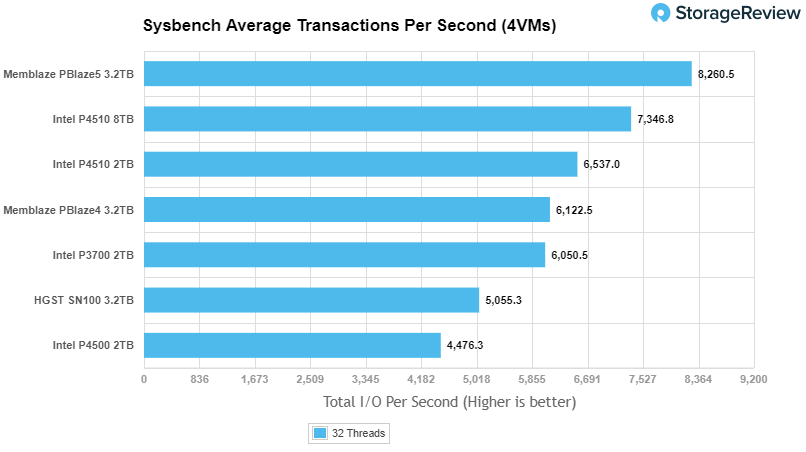 With average latency, the P4510 had the same placing as the above with the 8TB in second with a latency of 17.4ms and the 2TB in third with 19.6ms 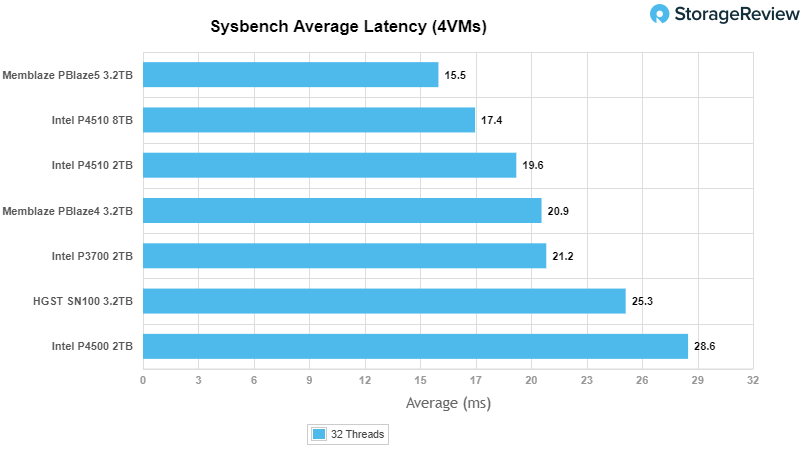 Our worst-case scenario latency benchmark once again had the same placing with the 8TB P4510 in second with 30.9ms and the 2TB version in third with 35.6ms. 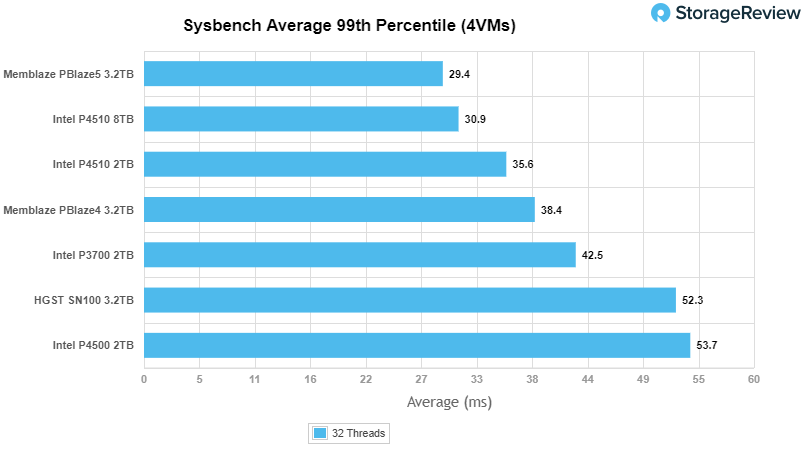 The Intel P4510 did pretty well on the Houdini test, coming in second of the non-Optane drives with 2,595.7 seconds. Overall it placed seventh. The 2TB didn't fare as well with 2,845.6 seconds. 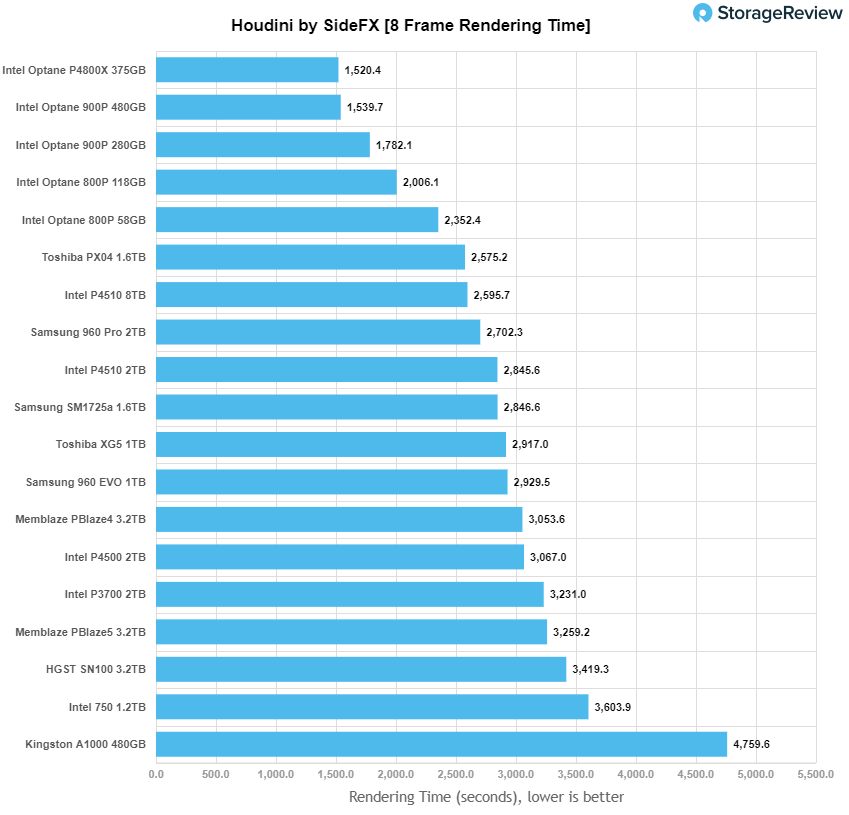 With VDI FC Initial Login the 8TB P4510 peaked at 79,306 IOPS with a latency of 375µs before dropping off a bit in performance. It once again took second place. The 2TB version was next to last with a peak performance of 54,562 IOPS and a latency of 546µs.

The Intel DC P4510 NVMe SSD Series is the company’s new data center drives designed with the cloud in mind. The drives come in a U.2 form factor with an impressive 8TB maximum capacity leveraging Intel’s 64-layer 3D NAND. This capacity translates to broader cloud workloads, more users, and better service levels. The P4510 has an enhanced QoS that balances host and background reads and writes. It also monitors drive health and status to help ensure availability and data protection.

The P4510 did well in most of the benchmarks, easily improving on the P4500 before it. With the variety of capacity offerings and form factors, Intel has positioned the P4510 well to be their NVMe workhorse, especially with the highest capacity 8TB model.

The Intel SSD DC P4510 is an NVMe SSD that comes in capacities as high as 8TB and ample performance to allow service providers to do more with their data services.