In mid-October Iomega announced their first line of external drives that leverage both USB 3.0 and an SSD. The SSD Flash family features a 1.8" SSD and comes in three capacities, 64GB (35141), 128GB and 256GB (35143). Outside, Iomega has used a metal enclosure that not only looks great, but also offers drop protection of 10 feet for the drive. While a nice enclosure and internal flash memory are a great place to start, ultimately a product like this is about performance – the USB 3.0 interface lets the SSD stretch its legs, boasting read speeds up to 265MB/s and writes of 215MB/s.

In mid-October Iomega announced their first line of external drives that leverage both USB 3.0 and an SSD. The SSD Flash family features a 1.8" SSD and comes in three capacities, 64GB (35141), 128GB and 256GB (35143). Outside, Iomega has used a metal enclosure that not only looks great, but also offers drop protection of 10 feet for the drive. While a nice enclosure and internal SSD are a great place to start, ultimately a product like this is about performance – the USB 3.0 interface lets the SSD stretch its legs, boasting read speeds up to 265MB/s and writes of 215MB/s.

Not to spoil the ending, but while we didn’t see the speeds Iomega claimed, the drive was surprisingly swift which lead us to run our battery of real world benchmarks for the first time against an external drive. The results won’t match up against today’s modern SSDs running on a direct SATA connection, but the drive did well enough to make such comparisons interesting. 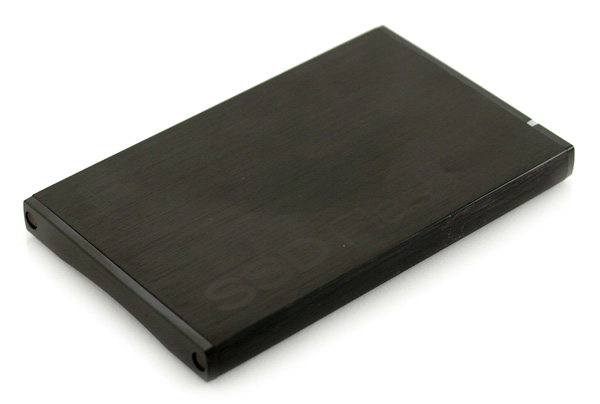 It’s hard to get too excited about the looks of an enclosure, but for something that’s designed to be portable, the build quality and materials are very important. The Iomega enclosure is anodized black metal, which of course looks sleek and attractive, but also provides the physical protection for the drive. Iomega Drop Guard Xtreme II, while certainly full of marketing fluff, protects the drive from drops of up to 10 feet. While we didn’t toss the drive around, given there are no moving parts and the case is rigid throughout, it’s reasonable to expect the drive could easily sustain a 10 foot drop, and probably more. Given the expected duty as a road warrior’s companion, this level of protection is critical.

Build quality is impeccable throughout, which Iomega deserves a lot of respect for. I think the only added modification that would enhance the drive is a rubber bumper system like a cellphone case, to protect the outside from scratches if it ever falls on the ground – though we understand the desire for sleek lines and the smallest possible footprint. 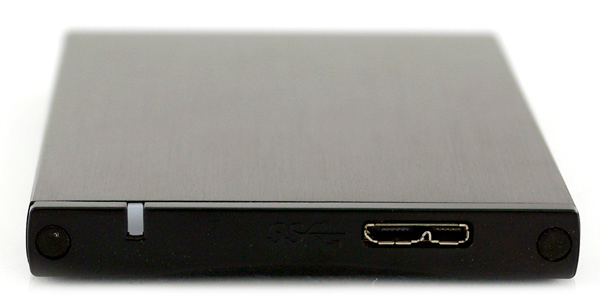 The external SSD connects with a single USB 3.0 cable, making use of a micro-plug on the drive end and a Y-cable on the computer side. It appeared that the drive worked just fine only connecting one side of the cable, making that other side backup in the event your computer can’t support the power draw through a single USB port.

The Iomega SSD Flash External Drive is easy to disassemble with two screws on the back side of the case removed, the entire internal segment slides out on vibration isolation bumpers (oddly not the same color). Removing the case doesn’t void the warranty, but it does ruin the black stickers over the screw heads if that’s a concern. With external drives, the drive inside can be a little hit or miss, this time it’s definitely a hit, as a 1.8" Crucial C300 RealSSD 128GB SSD resides inside the enclosure. 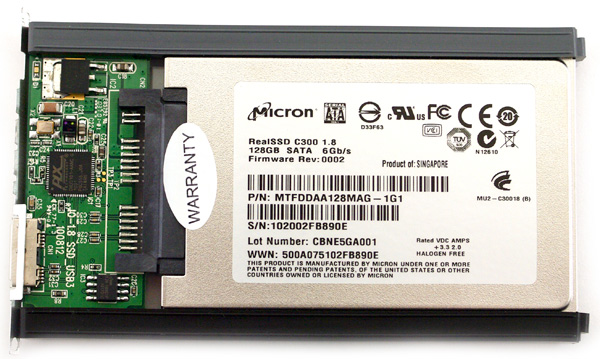 Given the high price tag it is nice to see Iomega using top-shelf components inside this external USB 3.0 powered SSD. As you will find out below in our performance section, the drive easily overpowers the USB 3.0 interface, letting users fully saturate the connection.

The 128GB Iomega SSD Flash External drive has a rated max speed of 265MB/s read and 215MB/s write. For a USB 3.0 device we had our doubts on if those speeds could be reached externally, even though the actual drive at its heart could handle it. To test these claims, we used IOMeter for the raw read and write speeds.

With 4K-alignment, the Iomega USB 3.0 External SSD offered a peak 2MB sequential read speed of 121MB/s and a write speed of 95MB/s. We have seen similar speed drops with other USB 3.0 devices, with the interface or chipset being the bottleneck, not the drives themselves. To get a better idea of what this drive is capable of, we put it head to head with the fastest drives tested here on StorageReview in our real-world tests. 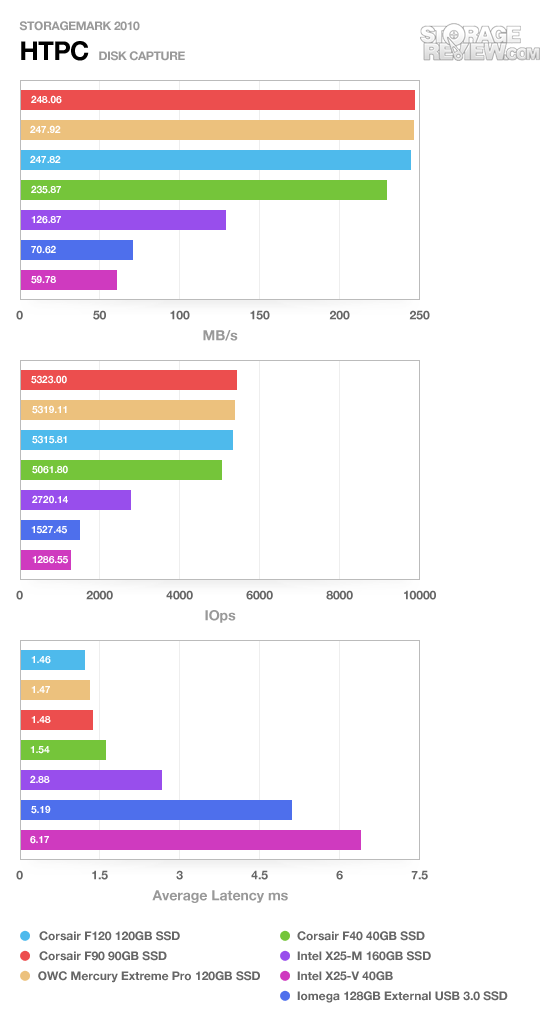 In our HTPC trace the External Flash SSD came in second to last, this time outperforming the Intel Value SSD. With an average transfer speed of 70MB/s this drive could easily handle video editing or other large file transfer activities on the go. 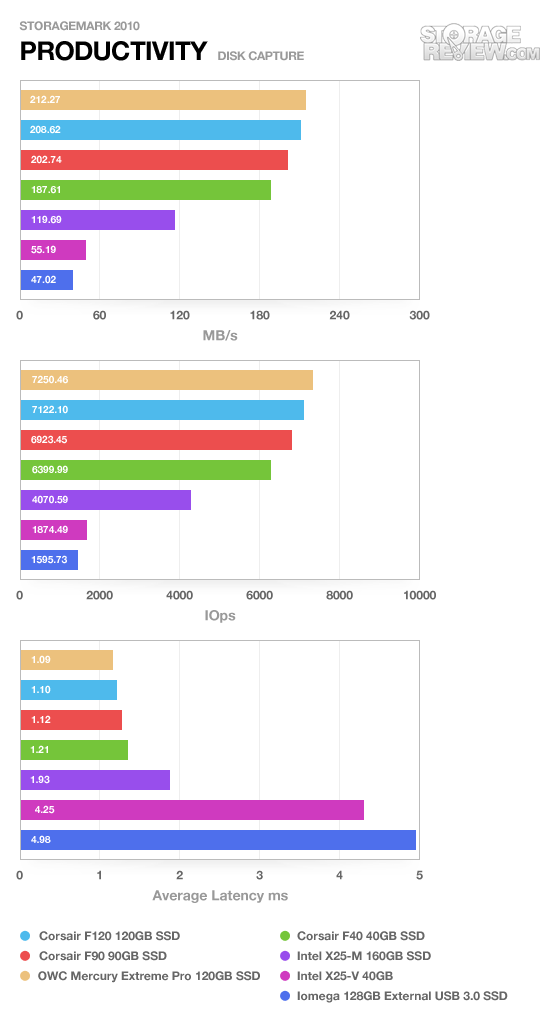 The Iomega External Flash SSD came in at the bottom of the productivity trace, but the fact that it only performed slightly under the Intel X25-V connected through native SATA is very impressive. While the USB 3.0 interface certainly have an effect on the peak transfer speeds of this drive, it didn’t seem to hold back the random I/O traffic that our Productivity trace is based heavily on. 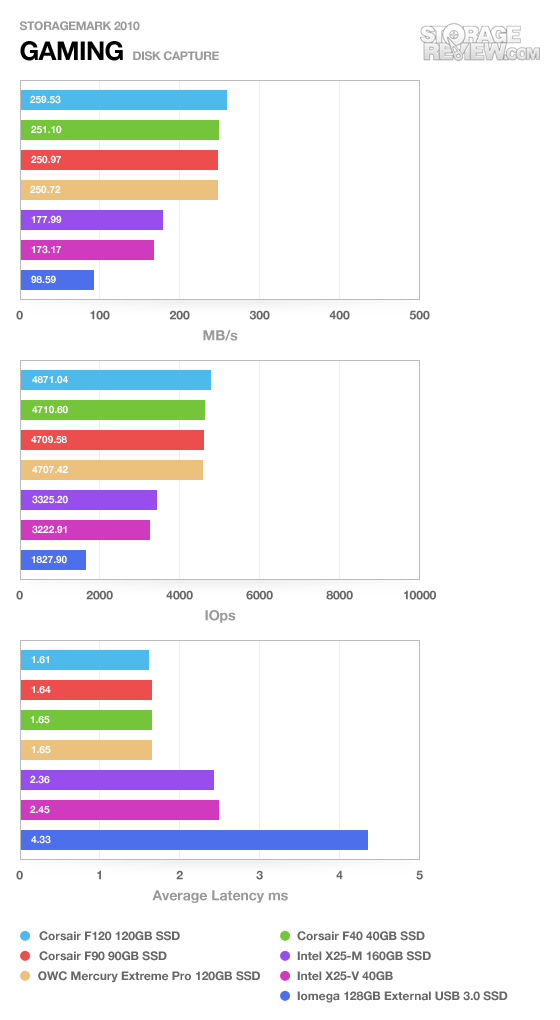 As with most external drives, Iomega has included a few software goodies to entice buyers. In this case Iomega has a few proprietary programs that are worth mention. v.Clone captures a virtual image of a PC including the operating system, installed applications, settings and files. The beauty is this image can be viewed and used on another computer. With the high real-world transfer speeds we saw in our StorageMark tests, it is safe to say that using these images would be as close to lag-free as running them from an internal drive. QuikProtect is their backup solution and Iomega adds in a year of Trend Micro Internet Security, Roxio Retrospect backup software and 2GB of backup storage through MozyHome.

Iomega includes a 3-year warranty with product registration. 3 years puts the SSD Flash External above average when it comes to warranties on external drives.

Overall the Iomega SSD Flash external drive looks great and performs as well as USB 3.0 will allow. Iomega was smart to include a top-tier performance SSD in the enclosure to ensure the interface would be the limiting factor. While it’s rugged, fast and has several other positives, it might be hard for some to look past the price. The 128GB model that we reviewed is roughly $330 at retail. The 128GB 1.8" C300 runs $265 and a nice USB 3.0 enclosure can be another $30-40. Frankly the totals are closer than we thought, and when you tack on the warranty, included software and the fact that the drive is ready to go out of the box, we’re not going to complain about the price. At the end of the day, for the target audience a product like this is more about solving a particular set of problems, and is less about trying to save a few bucks on a premium item.

The Iomega SSD Flash external drive is well made and ready to handle the abuse doled out by its users. Iomega used premium components throughout, including the SSD, to deliver a product that doesn’t compromise. While this isn’t going to be for everyone, for a certain audience the drive is a perfect fit and easy for us to recommend.