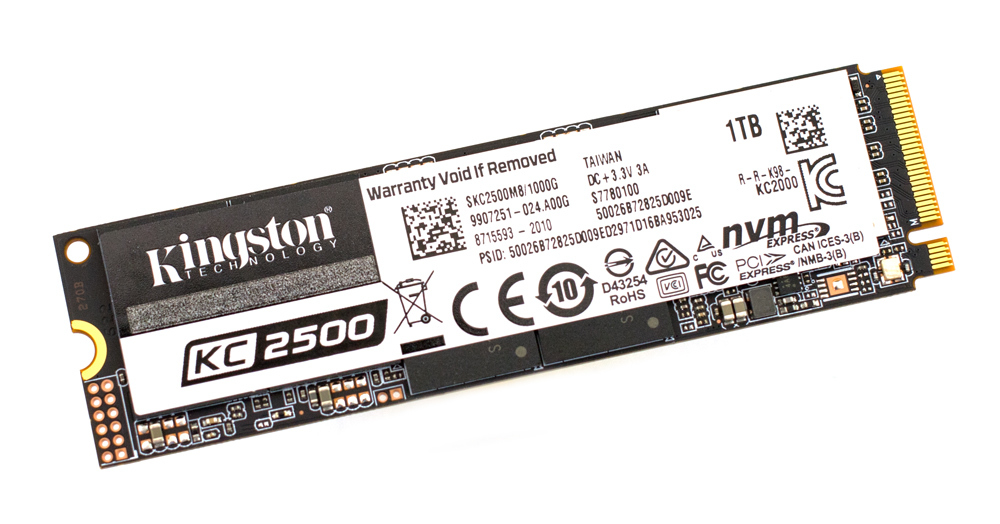 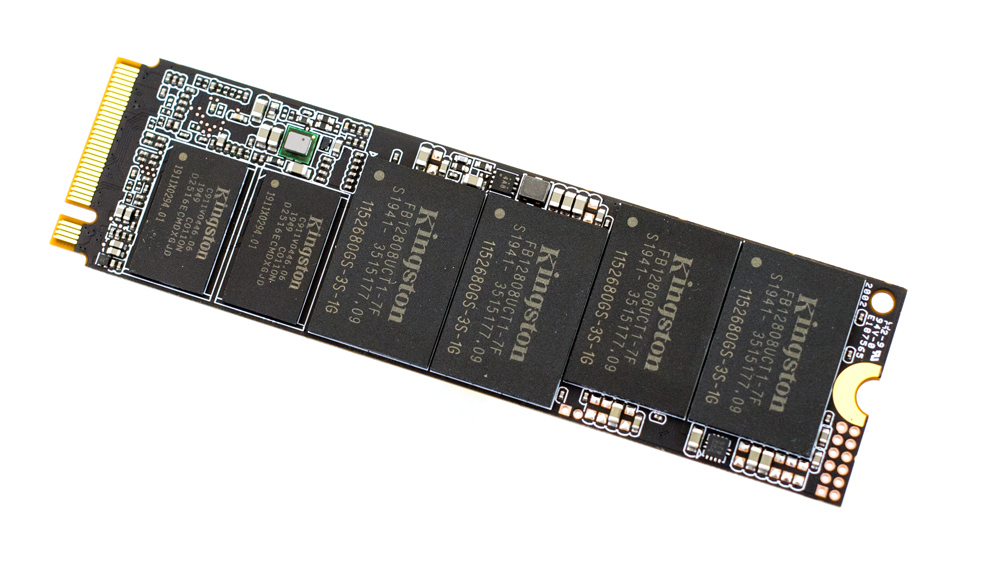 Here is a video review we did:

Here, we see the Kingston KC2500 near the very top of the leaderboard with an impressive rendering of 2,545.9 seconds, which is an improvement of roughly 50 seconds from the KC2000. 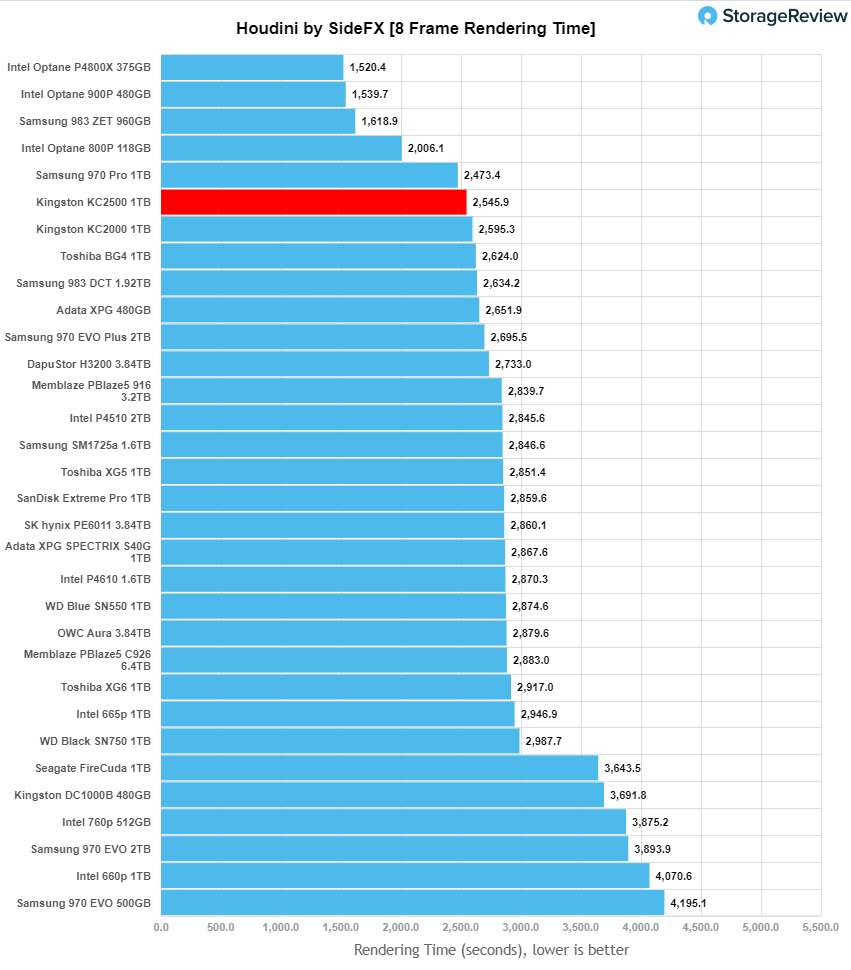 For our SQL Server transactional benchmark, the Kingston KC2500 had a strong showing of 3,160.0, which was the same as the Intel 900P. 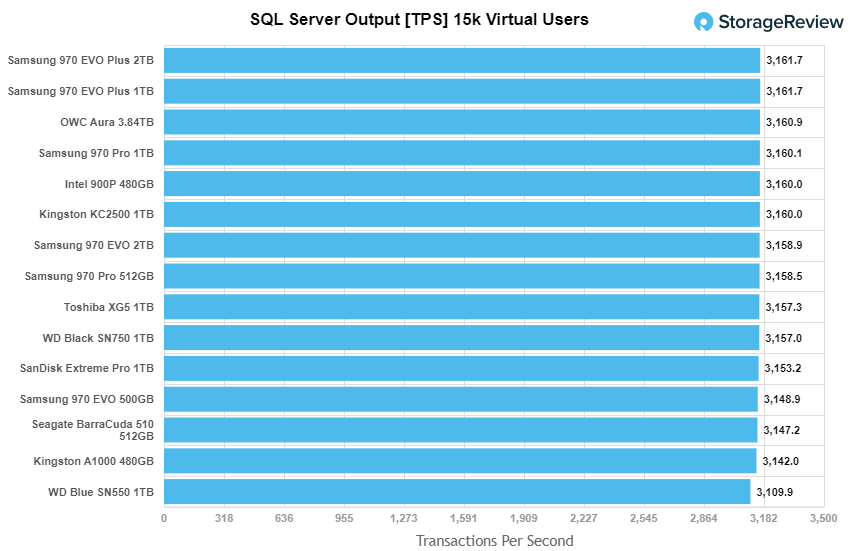 For latency, the Kingston drive showed great results again with 4.0ms, which was again the same as the Intel 900P. 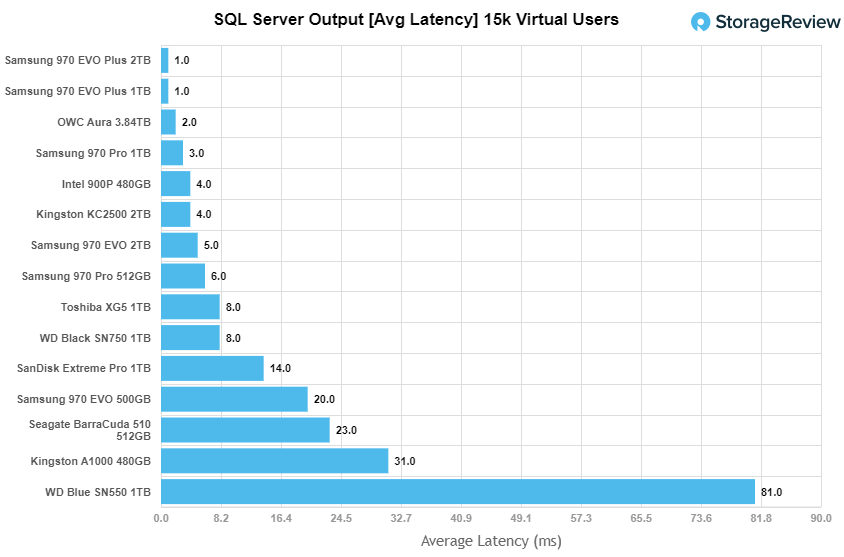 With 64K sequential performance, the Kingston KC2500 showed latency well below 1 millisecond throughout the test and went on to peak at 40,100 IOPS (or 2.56GB/s) with 390.1µs, which was the best performance of the tested drives by a significant margin.

Next, we looked at our VDI benchmarks, which are designed to tax the drives even further. These tests include Boot, Initial Login, and Monday Login. Looking at the Boot test, the Kingston KC2500 showed an impressive peak of 95,192 IOPS at a latency of 347.1µs before it dipped in performance.

In our VDI Initial Login Kingston KC2500 showed an impressive peak of 45,969 IOPS at a latency of 649.1µs before dropping off a bit once again.

In our last test, VDI Monday Login, the Kingston KC2500 finished very strong, with a peak performance of 45,907 IOPS at a very stable latency of just 346.6µs.

Kingston has expanded the affordable high-performance KC line with the addition of the KC2500, a worthy successor to the KC2000 with noticeable performance improvements. It offers a quality controller, 96-layer 3D TLC NAND, and up to 2TB of storage inside the compact M.2 form factor. The Kingston KC2500 also offers a range of security features, including support for TCG Opal 2.0, XTS-AES 256 bit, and eDrive.

Though there are more premium drives out there, users may be curbed by their more expensive price tags. Ultimately, the KC2500 delivers a very favorable performance profile. This makes it a great choice for users looking for that elusive mix; a cost-effective NVMe SSD that is also a great performer.