The next generation of professional cameras are hitting the market, which means a significant increase in data due to higher image resolutions and color depth. Data transfer rates thus become more important than ever. To satisfy these needs, Lexar has released the Professional CFexpress Type B card, the company’s next-gen flash media specifically designed for these next-gen cameras. It supports both lanes of PCI Express Gen 3 protocol and is native NVMe and features a durable and reliable build.

The next generation of professional cameras are hitting the market, which means a significant increase in data due to higher image resolutions and color depth. Data transfer rates thus become more important than ever. To satisfy these needs, Lexar has released the Professional CFexpress Type B card, the company’s next-gen flash media specifically designed for these next-gen cameras. It supports both lanes of PCI Express Gen 3 protocol and is native NVMe and features a durable and reliable build. 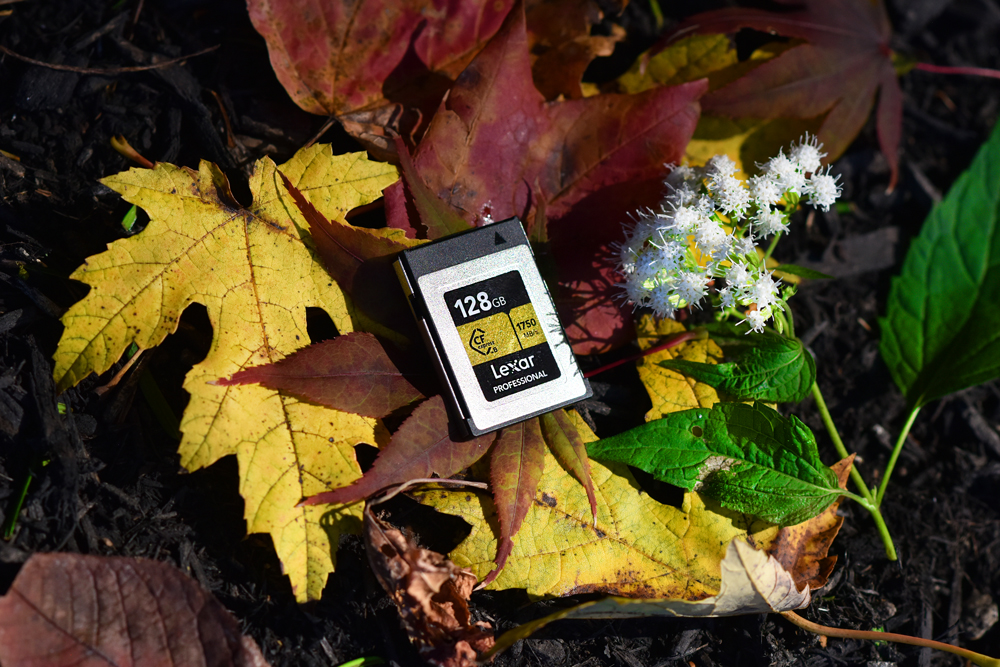 The Professional CFexpress offers staggering performance, as Lexar states that (in the right environment and hardware) it can reach reads speeds up to 1,750MB/s. This increase in performance over the prior cards is vital for on-set professionals like digital imaging technicians, as they need to be able to keep up with the media coming out of these new cameras. Simply put, it allows design professionals to capture and transfer high-quality images and RAW 4K video faster then ever so they can get the most out of their next-generation cinema cameras and DSLRs.

Though these cards have a very narrow target demographic and are meant for very specific (and very new) digital cameras, they are also backward compatible with select XQD cameras.

At almost roughly 1 and a half inches in length and just over an inch in width, the Lexar Professional CFexpress Type B cards are very small for something that can boast well over 1GB/s in performance. These things aren’t much bigger than SD cards, making them extremely portable when not inside your camera. 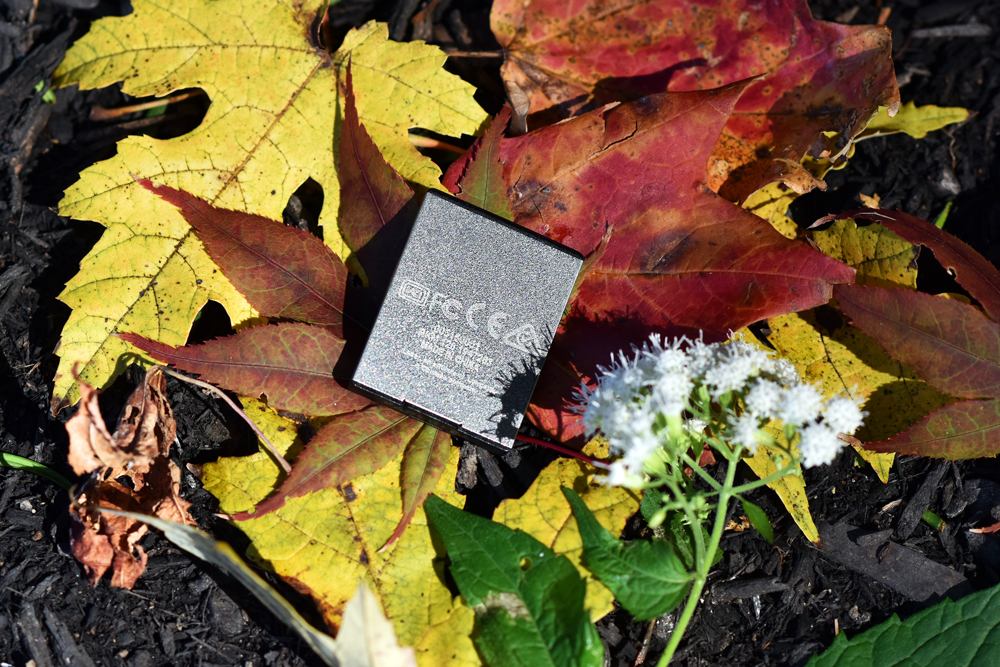 The card features a gold and black design, with the company name, capacity, and speed on the front.

To gauge the performance of the Lexar Professional CFexpress card, we first tested it through the usual Blackmagic on a Lenovo ThinkCentre P520 via an edge card to M.2 to CFexpress adapter.

Here, the Lexar card hit 1,276MB/s read and 1,004MB/s write, checking off nearly all of the Blackmagic boxes. 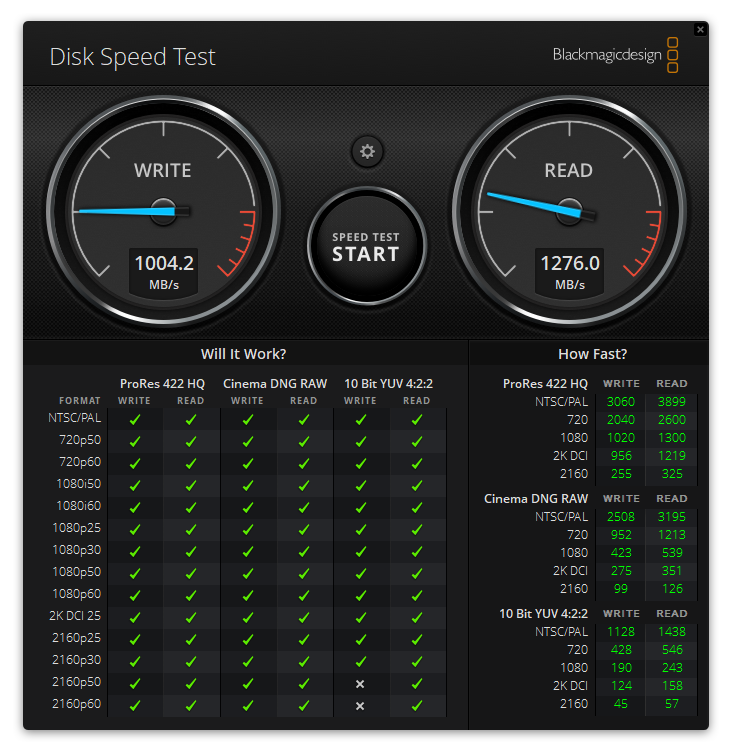 In IOMeter, we first looked at 2MB sequential with both 1 and 4 thread, the latter which is a higher load that pushes the drive a bit more. For 1 thread, the Lexar Professional CFexpress hit 1.21GB/s read and 904MB/s write, while random performance hit 1.04GB/s read and 837MB/s write. For Random 4K, the Lexar card showed read speeds of 8,154 IOPS and writes speeds of 20,760 IOPS. 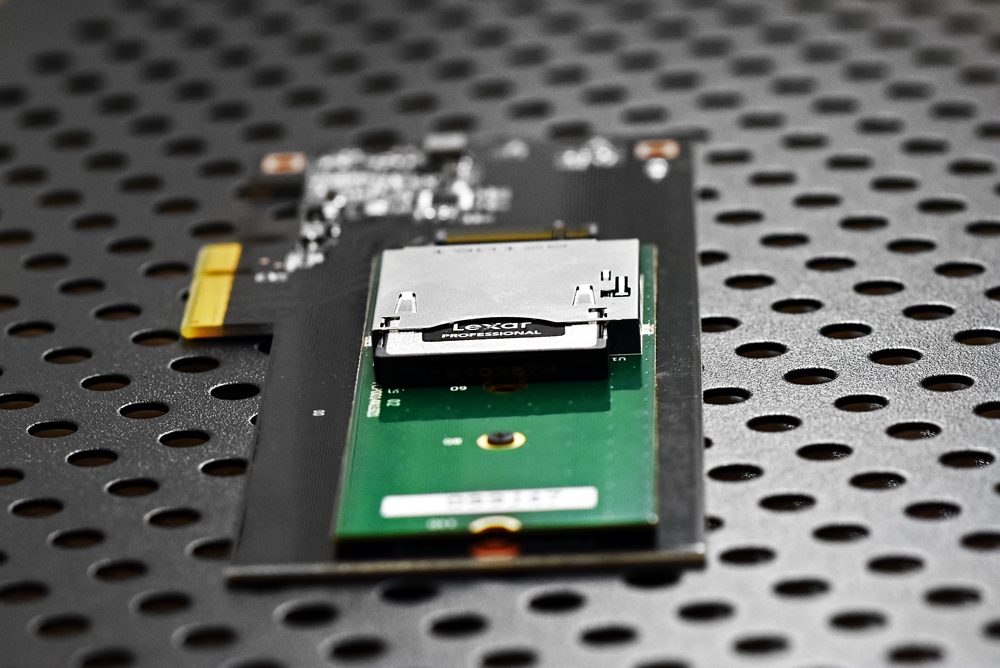 Here, the Lexar Professional CFexpress had a score of 7,664.309. Though it might be at the bottom of this chart, it isn’t a bad thing. This little memory card was so impressively fast, it was actually able to perform well across all of our other workloads as you will see below. 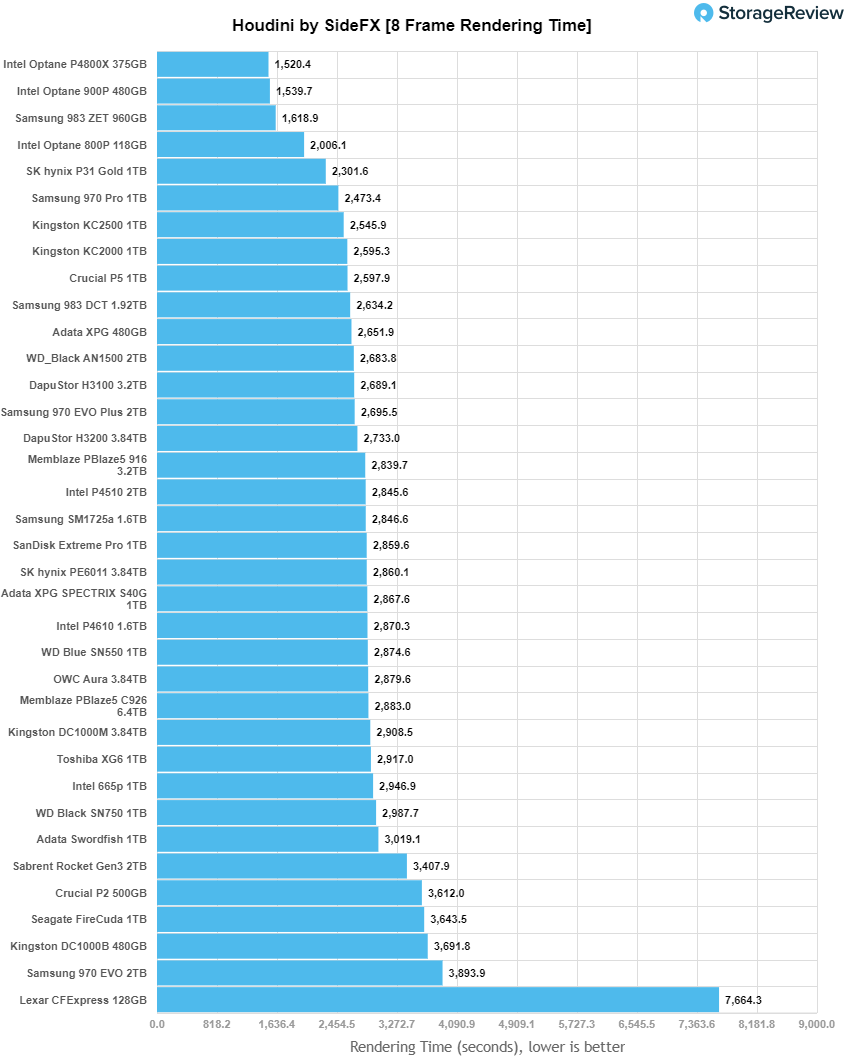 For random 4K read, the Lexar Professional CFexpress showed a peak score of 40,693 IOPS at a latency of 3,144.4µs (with a slight spike at the very end).

Moving on to sequential 64K read workloads, the Lexar CFexpress card posted a peak performance of 13,714 IOPS or 857MB/s at a latency of 1,164µs.

In write performance of the same test, the Lexar card peaked at 12,421 IOPS (or 776MB/s) at a latency of 1,212ms just before taking a noticeable spike in performance at the end.

Next, we looked at our VDI benchmarks, which will tax the CFexpress card even further. These tests include Boot, Initial Login, and Monday Login. Looking at the Boot test, the Lexar Professional peaked at 11,742 IOPS with a latency of 2,906µs just before taking a slight spike in performance.

VDI Initial Login, the Lexar card showed some serious spikes in latency and IOPS throughout, peaking of 7,707 IOPS with a latency of 3,977µs before hitting a small spike at the very end again.

The launch of the Lexar Professional CFexpress card has certainly made a huge impact on the next generation of media cards, as it marks a huge step up in memory media technology. This Lexar CFexpress card is native NVMe, supports two lanes of PCI Express Gen 3, and is specifically designed for high-speed digital cameras. All of this means that media professionals will be able to effectively keep up with ever-increasing data that these cameras produce when using the new Lexar card, allowing them to capture and transfer high-quality images and RAW 4K video at impressively high speeds.

For testing, the NVMe-based Lexar Professional CFexpress card was fast enough to perform well across all of our workloads, as it is leaps and bounds better than other memory media. As such, we tested the card the same way we would any consumer SSD. We can’t stress enough how impressive it is that this little flash card was so fast it performed pretty much like a full system SSD.  To put this in perspective, a while back we tried putting high-end SD cards through the same tests, but they immediately hit a wall and died.

Overall, the release of this new media storage solution was a huge success, even with limited platform support. The card offers leading performance at a decent cost (roughly $200 for the 128GB model, which is around $40 less than SanDisk’s CFexpress card), allowing photographers to keep up with the ever-changing technology and data requirements their industry demands.