Compared to an Intel NUC with the same processor, the MSI Cubi 5 uses 25W less, almost a 14% increase in energy efficiency over NUC. While at idle MSI claims the Cubi 5 only produces 23.6dB, compared to the average 120mm case fan which produces around 30-40 dB which is near silent. MSI boasts it is the “World’s First Intel gen 10 Comet Lake energy efficient Mini-PC.” 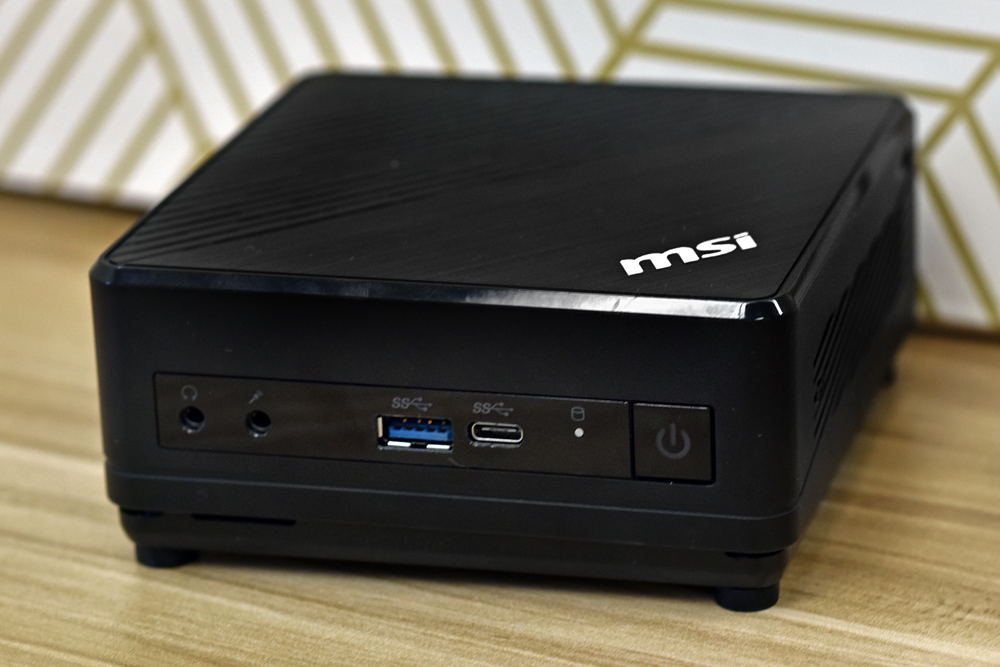 MSI Cubi 5 10M is only 4.88 X 4.88 X 2.11 inches and VESA mount compatible meaning this is a perfect energy-efficient home theatre PC, media PC, office workstation, or commercial application terminal. The VESA mount built-in to the Cubi 5 allows for mounting on the back of any VESA compatible monitor converting it simple all-in-one. With this design in mind, MSI added support to an extended power switch that plugs into the side of the Cubi 5, so users don’t have to reach behind the monitor to turn it on. 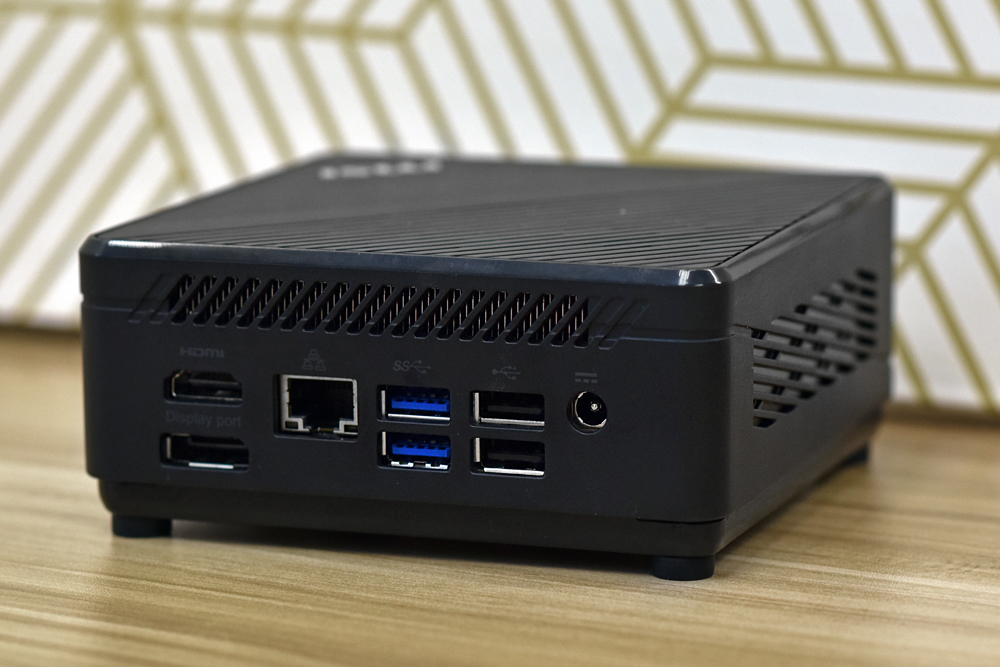 The Cubi 5 10M’s most striking feature is its compactness. The entire device can fit in the palm of a hand and can easily be mounted to a monitor. It offers a sleek, black design, with neat patterns dispersed throughout. 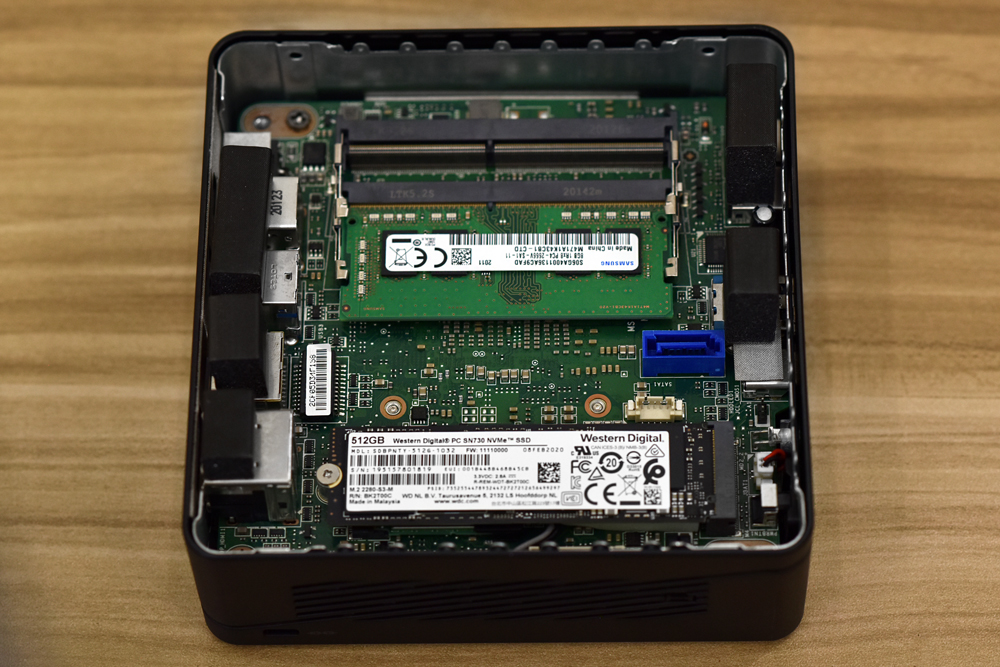 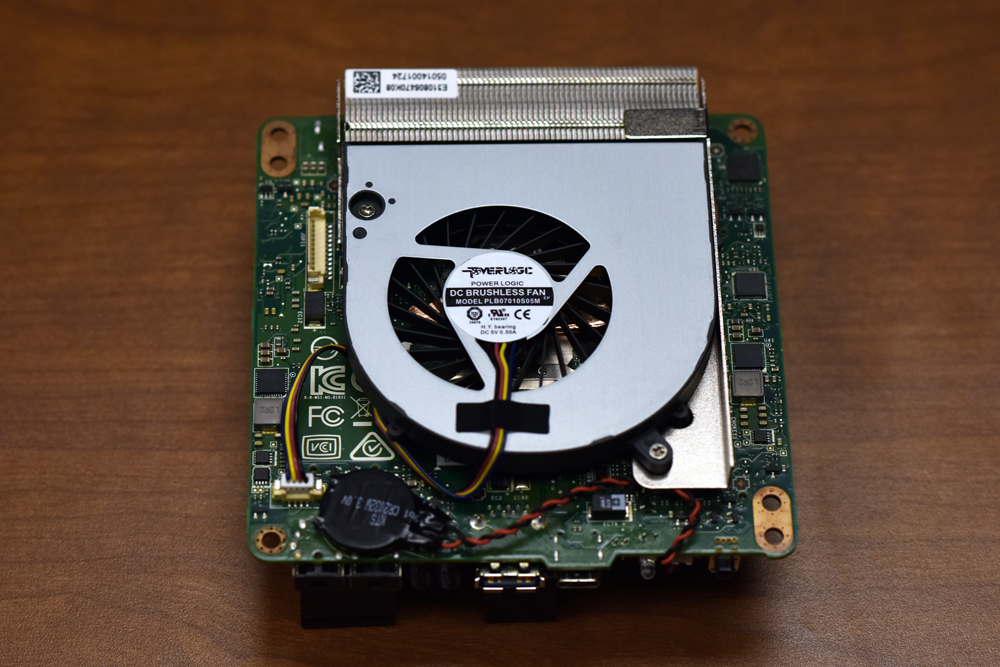 With a few more screws removed and some careful wiggling, the mainboard can be extracted to see the fan and CPU on the other side.

The build quality of the Cubi 5 10M is pretty great. The bottom panel is made of metal with anti-vibration rubber feet that are attached by 4 captured screws in the corners. Loosening these screws allows for the back to be taken off giving access to RAM, both storage drives, and the wireless card. The rest of the case is made from plastic but feels sturdy to the touch. 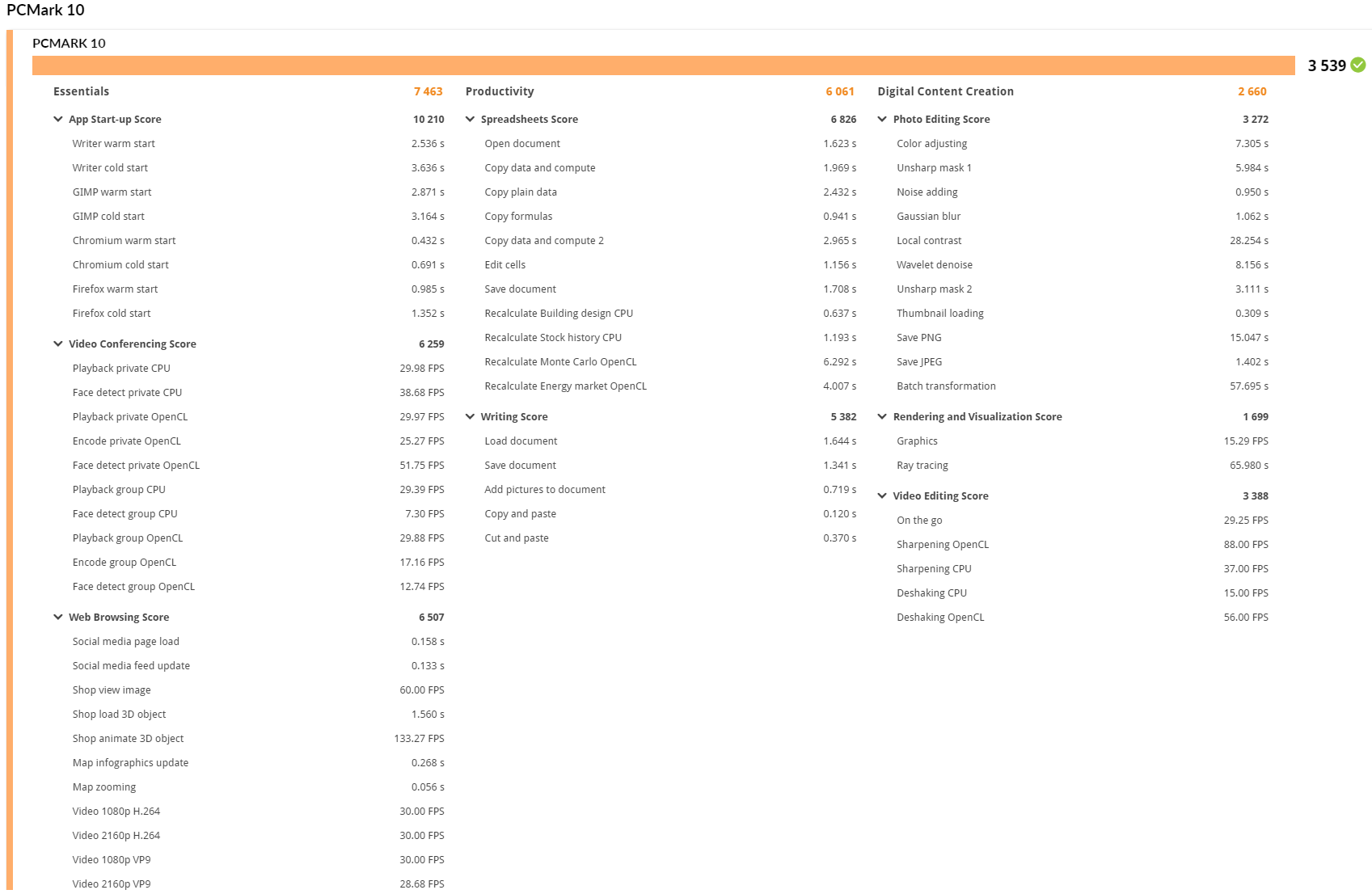 This combination results in a PCMark 10 score of 3539. These specs are nothing when pitted against current-generation enthusiast components, but the Cubi 5 10M isn’t designed to be the next best gaming computer. Competing devices in this category typically score around the same, with some closer to 3,000 and others with a similar score to the Cubi.

The devices comparable to the MSI Cubi 5 10M in power usage are either ARM-based or too slow to be considered useful for the wide range of applications the Cubi is ideal for.

The MSI Cubi 5 10M is a mini-desktop PC for the home, office, or commercial application. The Cubi has more than enough performance to complete every-day office tasks, stream media as a home theatre PC, or become an information kiosk. The Cubi 5 10M from MSI can do all of this while using less electricity than most laptops. 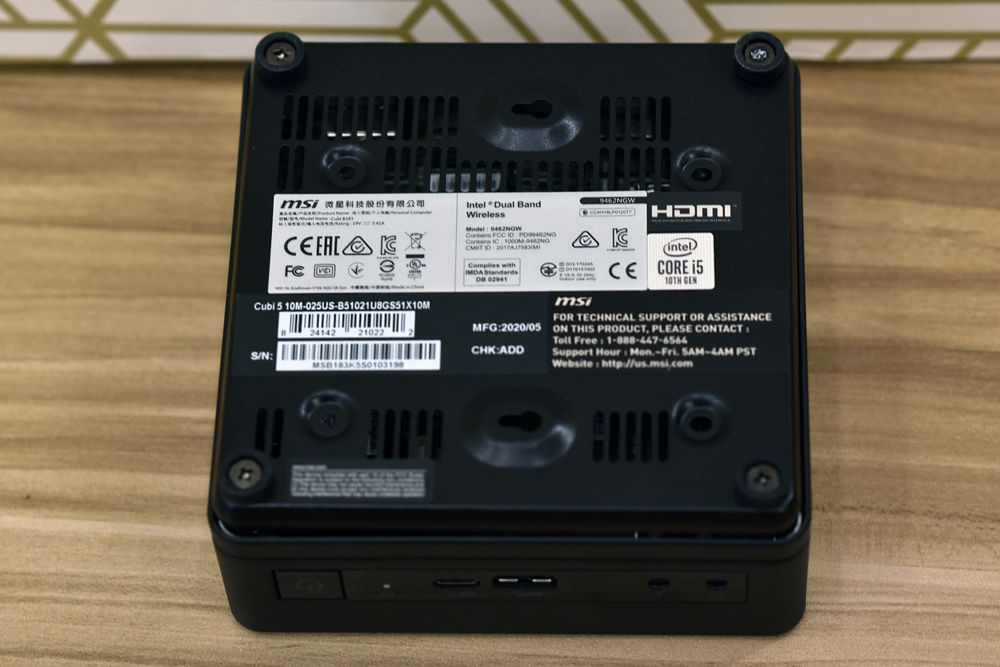 MSI focused on form factor, energy efficiency, and noise level when designing the Cubi 5 10M, evident by their claims that it is “The world’s first Intel gen 10 Comet Lake energy-efficient mini-PC,” and from our standpoint, it is definitely one of the top contenders. The Cubi 5 10M would be a great buy for anyone who requires a small form factor, energy-efficient mini-PC for day-to-day office, commercial, home office, or media PC applications.