OWC’s Mercury Elite Pro mini lineup introduces a variety of capacities for their drives. In this review, we are taking a look at the 1TB SSD, which goes for $229.00. The Elite Pro mini SSD’s range from 480GB to 4TB worth of space. OWC also offers the Elite Pro mini in a hard drive version. These sizes are 1TB at 5400RPM and 2TB at 5400RPM or 7200RPM. Something interesting that OWC also did was have an option just for the enclosure of a 2.5-inch drive with a USB-C to USB-C cable included. To check each capacity option and the relevant price, head to OWC’s website, here.

Even though the Elite Pro mini is quite small and lightweight, this drive enclosure is able to withstand some rough conditions. The build material, as stated before, is aircraft-grade aluminum, allowing the enclosure to withstand some impact and even act as a heat sink. The enclosure doesn’t have any ventilation holes or fans, which adds to the versatility of taking this drive anywhere along with nearly silent operation. On an important note, OWC hasn’t released anything about the drive being water-resistant or proof, so it is safe to assume to avoid water as much as possible. 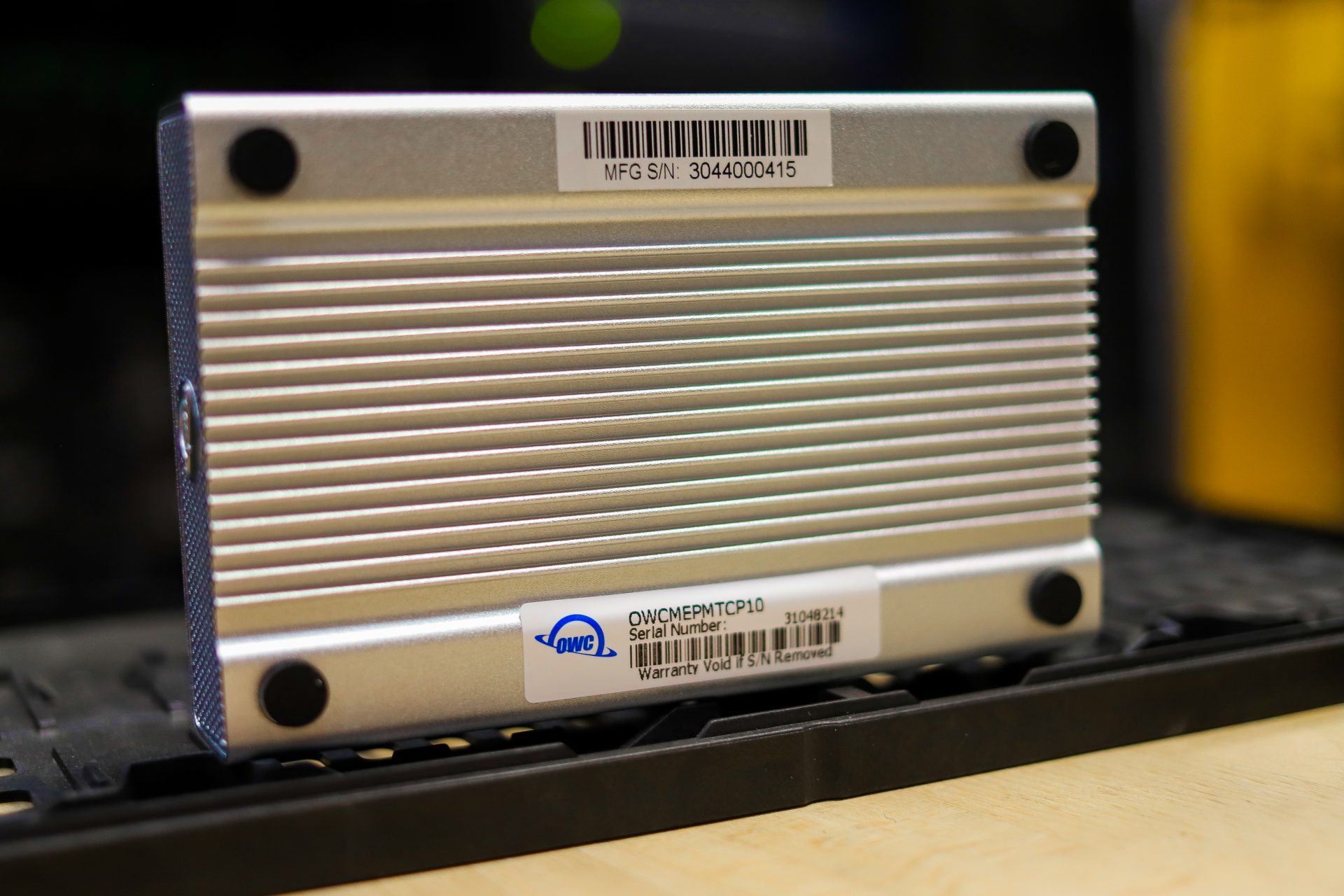 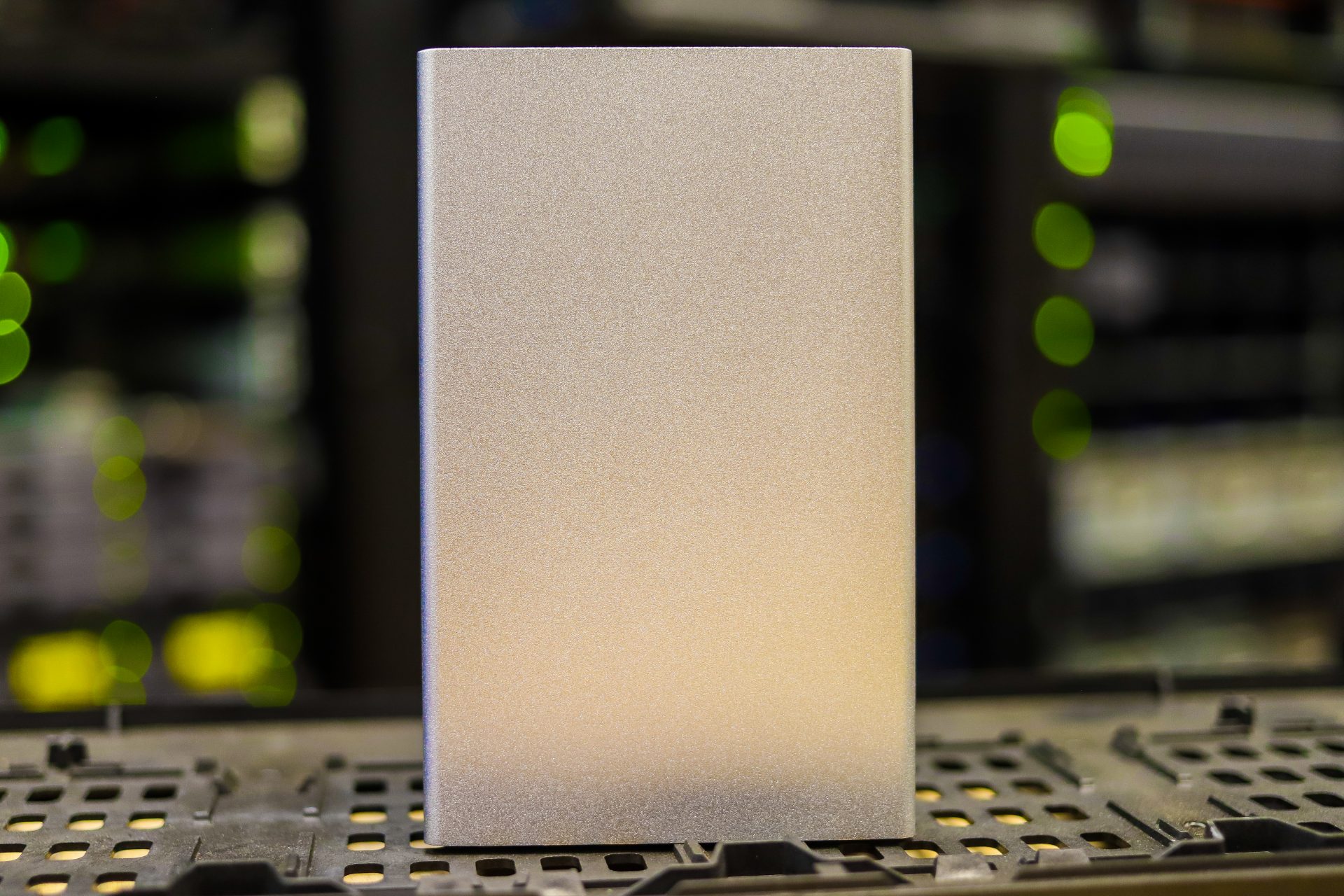 For our first performance test, we used Blackmagic’s most popular Disk Speed Test. The OWC Mercury Elite Pro mini 1TB SSD was able to reach speeds of 496.9MB/s write and 511MB/s read. These results are fairly close to the speeds of 542MB/s that was reported by OWC. These speeds from the Elite Pro mini are pretty decent, even seeing that this drive was almost able to hit all the checks. 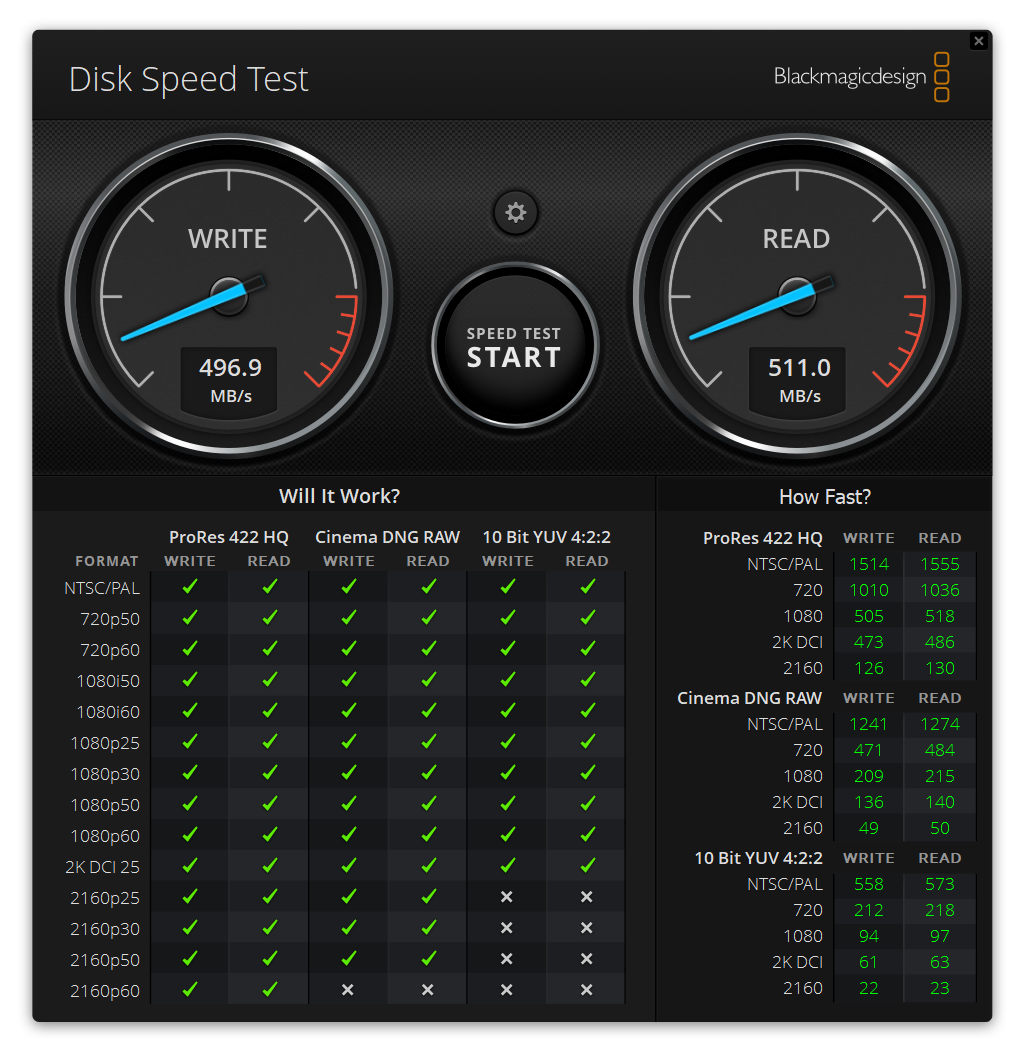 The next test that we ran is IOMeter, which we ran as single-threaded and four-threaded. We did choose to run the single thread and four-thread so that we could saturate the drive as much as possible. The performance that we received from the Elite Pro mini in the single thread didn’t surprise us too much since it was in line with what OWC was reporting. However, when we ran the four threaded, we saw where the performance of the Elite Pro mini thrives. The speeds from the four threaded test were the closest speeds to the 542MB/s that we got.

The OWC Mercury Elite Pro mini SSD is the newest addition to the company’s portfolio of external drives. The Elite Pro mini offers a variety of storage capacities, including a hard drive option or an SSD option. With its speeds of up to 542MB/s quoted, the Elite Pro mini 1TB SSD can tackle most things thrown at it, whether it be backing up documents from a Mac or writing videos from a Windows machine. Of course, the company offers Thunderbolt drives should your use case demand it. 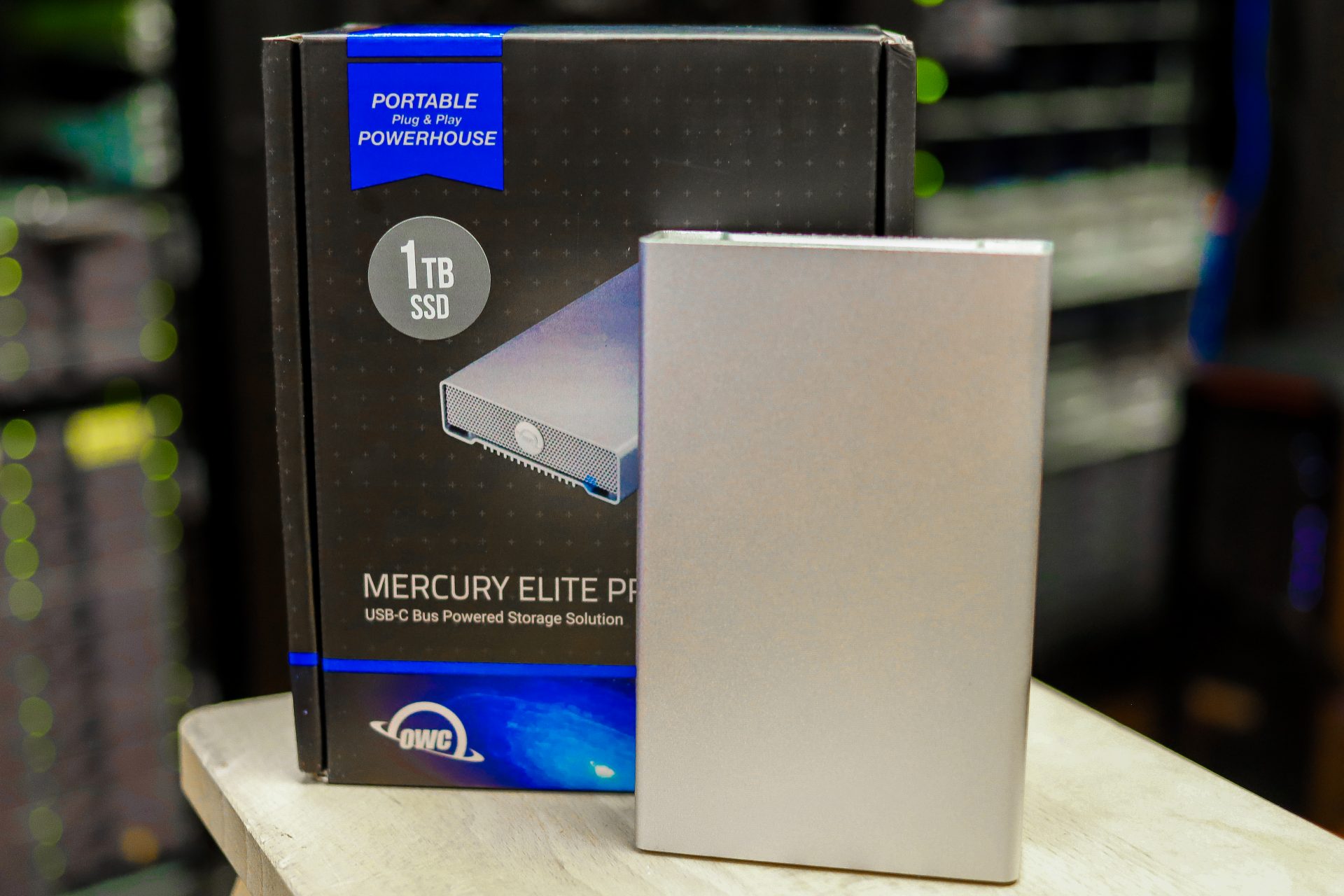 In terms of performance, there wasn’t much of a surprise from the SATA SSD, as the results from our Disk Speed Test are very close to the speeds reported by OWC. Where the Elite Pro mini does shine was in our four-thread test. When we ran the four-thread test, we were able to get 539MB/s, which is the closest to 542MB/s that we are going to get.

With a price tag of $229.00 for the model that we have, it is pricey, however, one of the key selling points is the enclosure. The Elite Pro mini has a nice design aesthetic, but its functionally to keep nearly silent with a hard drive inside and the ability to dissipate heat is what is driving these units to sell. The ability to also swap the drive that is inside the enclosure is a nice benefit too, most SSDs in this class cannot be opened or swapped by the user. The only design negative is there is a risk of the “stickiness” of the rubber feet not adhering as best as they could once they’re taken off for the first time. But if you’re not swapping the dive inside around a good deal, that’s probably not a huge concern.

OWC has a long history of crafting well-made products for the creative professional. This drive, and more importantly the enclosure, is no different, it’s very well made. The drive inside is SATA though and half or a quarter the speed of NVMe options that use modern USB interfaces. OWC is simply facing a lot of NVMe competition in this price band. That said, the OWC Mercury Elite Pro mini SSD may be a good option when it comes to external storage if your use case involves rough working conditions and the need to frequently swap out SSDs.