The Dapustor X2900P is the company’s newest storage-class memory (SCM) data center SSD. Powered by an internally developed DPU600 controller and paired with KIOXIA XL-Flash, this second-generation SSD features models in both the AIC and U.2 form factor and is PCIe Gen4. Because it’s SCM, the Dapustor X2900P is designed for applications that require the best latency profile available out of an SSD.

The Dapustor X2900P is the company’s newest storage-class memory (SCM) data center SSD. Powered by an internally developed DPU600 controller and paired with KIOXIA XL-Flash, this second-generation SSD features models in both the AIC and U.2 form factor and is PCIe Gen4. Because it’s SCM, the Dapustor X2900P is designed for applications that require the best latency profile available out of an SSD. 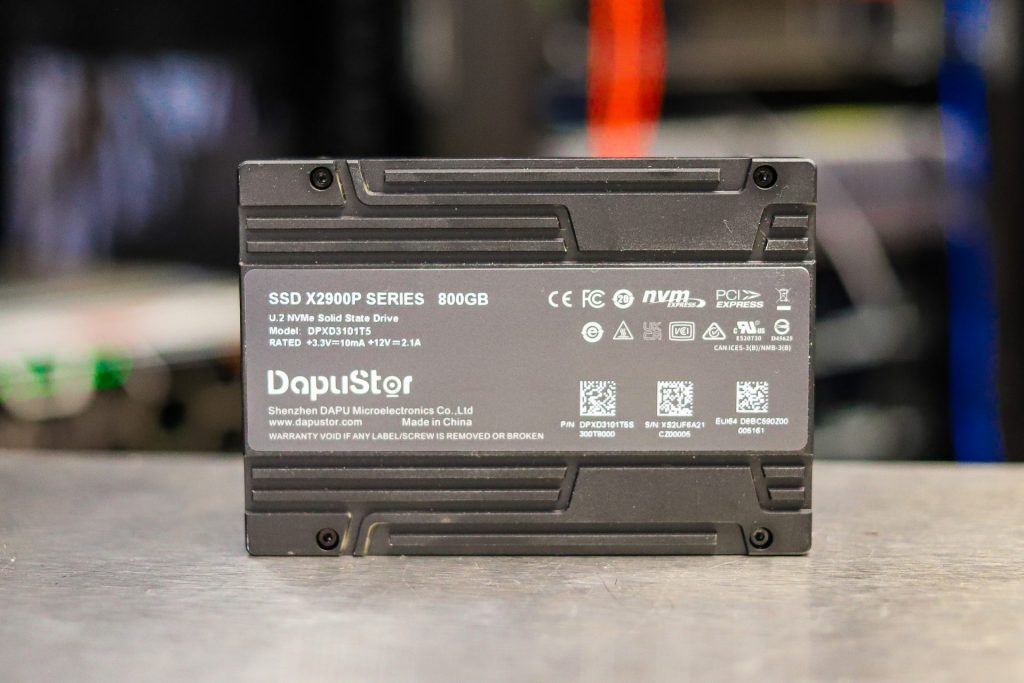 Recently, Dapustor had a minor portfolio change, creating two sub-series of the Xlenstor Gen2 family, the X2900 and X2900P.  The “Pro” version (the model we will be looking at, which is designated with the “P” at the end) features better endurance and improved performance. 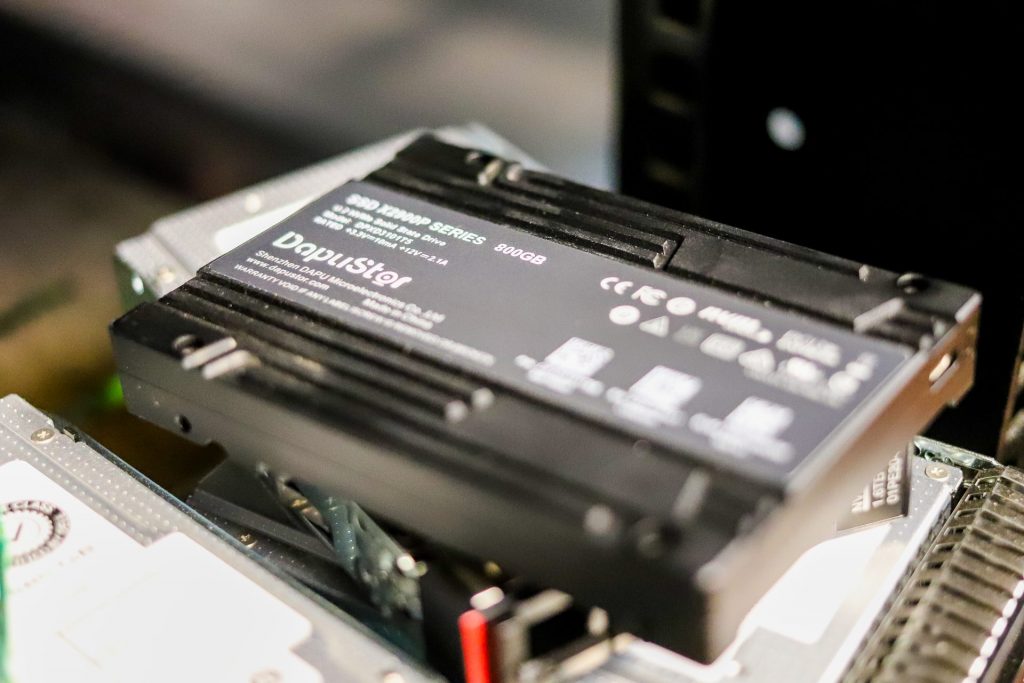 While Both models use the PCIe Gen4 interface (NVMe 1.4a, dual-port) and have the same power efficiency at 18W and 5W for active and idle states, the X2900P offers much better random 4K write speeds. The Pro model is quoted at 1.8 million IOPS read and 1.2 million IOPS write while the non-Pro (X2900) is expected to reach the same read performance and 640K IOPS write. Both models are specced with identical sequential performance at 7.5GB/s read and 7GB/s write for the highest capacity model. 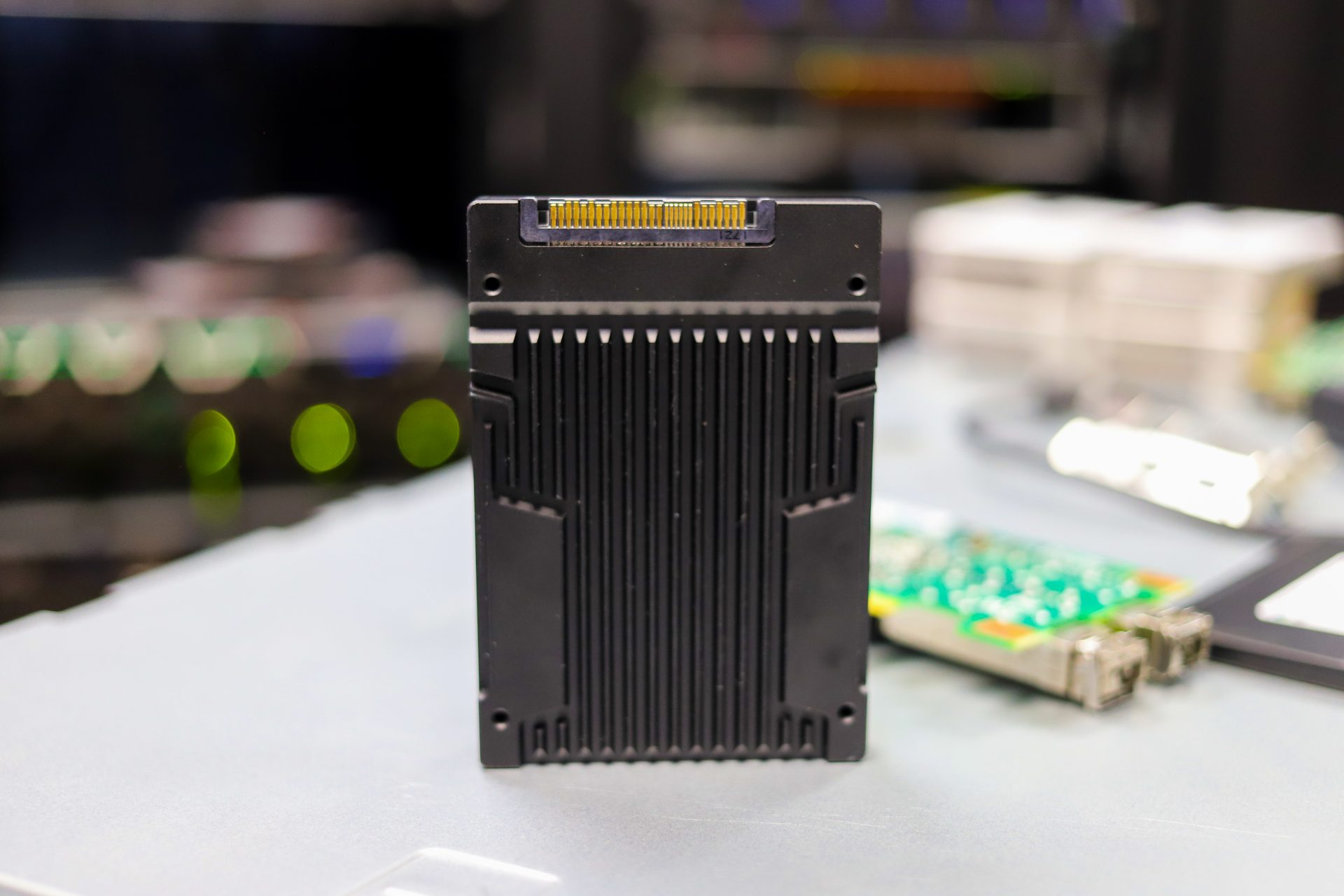 For reliability, the X2900P and X2900 have the same MTBF at 2.5 million hours; however, the Pro model has an improved endurance rating of 100 DWPD compared to the non-pro’s 60 DWPD.

The Dapustor X2900P is backed by a 5-year warranty. We will be looking at the 800GB U.2 model for this review.

Storage-class memory isn’t new, in recent history, Intel’s series of SCM drives have been the dominant force in the market. Intel’s P4800X really opened the doors here back in 2018, in terms of reshaping storage tiers. While the drives were relatively small in capacity, when compared to standard SSDs, they offered tremendous latency advantages. Despite the small capacities, the drives have done really well as a write tier.  As a tier, they’re able to eat up all of the incoming writes into a system, letting slower and less-expensive SSDs handle most of the read activity. 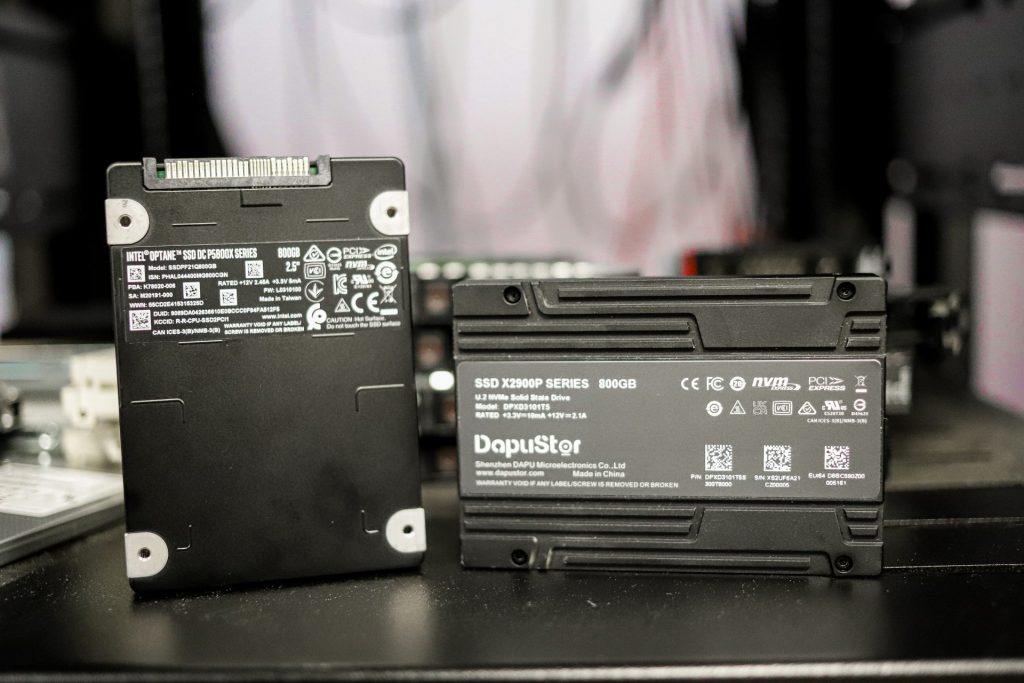 Of course, other NAND producers needed to respond, so as to enable packaged SSD vendors something to fight Optane with. Kioxia responded in 2019 with XL-Flash, their SCM product. Toward the end of 2020, Dapustor released the H3900 SCM SSD, the first commercially available drive on Kioxia’s new media. It was a worthy Optane competitor, winning out in a number of benchmarks.

You’ll notice Samsung isn’t mentioned. Samsung launched their Z-NAND, but the ensuing Z-SSD didn’t do very well and it can be argued, wasn’t even SCM in the first place. They’ve since placed their bets on other technologies like computational storage and don’t have a modern SCM entry in the market.

Now the market has iterated again, on to second-generation products. Intel has the P5800X, which came out alongside the Ice Lake refresh earlier this year. Intel has had a long time to itself in the SCM pool as a result. But the market is heating up now with the Dapustor X2900P 2nd Gen SCM drive coming out. And now Kioxia has entered the fray with their own SSD based on XL-Flash, the FL6.

While we haven’t reviewed the FL6 yet, its big potential hook is capacity. While the X2900P tops out at 800GB (1.6TB for the X2900) and the P5800X stops at 1.6TB, the FL6 will go to 3.2TB. The demand for those large capacities may be light, as these drives are very expensive, but for use cases where there is a premium on rack space, the FL6 should be compelling for that reason alone.

The FL6 doesn’t have any published numbers, so it’s a little difficult to evaluate. The FL6 is just now sampling and Kioxia has only released a 60DWPD endurance spec. That’s going to come in equal with the X2900 but less than the 100DWPD spec the P5800X and X2900P offer. This comes down in large part to over-provisioning of the drives. Dapustor offers twin endurance/capacity specs while Kioxia and Intel are just going with one.

But this is all spec sheet data taken during the best of times. We put the drives to work in our extensive benchmarking process to see which SCM SSD takes the crown as the fastest drive on the market.

In our first VDBench Workload Analysis, random 4K read, the Dapustor X2900P posted a peak of 1,449,098 IOPS at 86.2µs in latency. While the P5800X showed better latency throughout the test, both drives had virtually identical peaks.

VDI LC Initial Login saw the X2900P with a spike in performance at the beginning; however, it quickly leveled out with a peak of 119,971 IOPS at 62.7µs in latency.

Our last test is the VDI LC Monday Login. Here, the X2900P showed a performance spike at the beginning of the test once again, though it leveled out with a peak performance of 170,598 IOPS and a latency of 89.7µs.

The Dapustor X2900P is an impressive release by the company.  Equipped with a DPU600 controller, Kioxia XL-Flash, and the speedy PCIe Gen4 interface, this second-generation SCM drive is available in both the add-in card and U.2 form factors. Dapustor’s designed this drive specifically for organizations that need ultra-low latency combined with excellent performance and endurance. In that, it certainly excels. 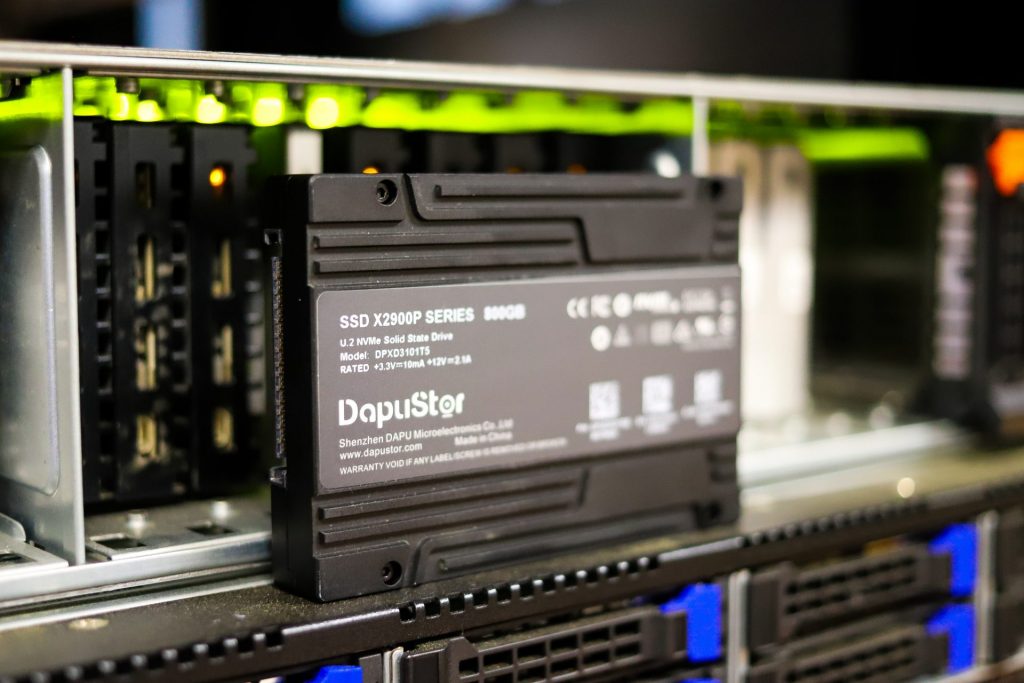 To gauge its performance, we tested the Dapustor X2900P alongside the Intel P5800X and looked at VDBench synthetic workloads. Compared with the Dapustor Haishen3-XL drive (H3900 PCIe Gen3) we reviewed last year,  performance has greatly improved.

As you can see from the results above, both the Intel and Dapustor drives are incredibly fast. Intel has been unbeatable so far in the SCM drive category. However, the X2900P pretty much rides on the Intel P5800X‘s tail throughout our review. It even notches a few wins in 4K and 64K write performance, which is very impressive. While the P5800X has been the dominant player all year, the Dapustor X2900P is a worthy challenger.

So where does that leave us? A lot of this will come down to pricing. If Dapustor is less expensive than Intel, they’ll rack up some wins. But either way, having two very strong options in the SCM storage category may help apply some pricing pressure to the entire segment. In the end, the X2900P is a very good drive and we look forward to seeing what Dapustor can do next.