Regarding connectivity, the Plugable Thunderbolt 4 and USB4 hub offers up to three more Thunderbolt ports for users that support up to 40Gbps of data as well as 15W of power. The hub also features a 60W power delivery port on the front, which means that it gives users access to use this as a way to charge their notebook or MacBook without having to worry about another outlet nearby. 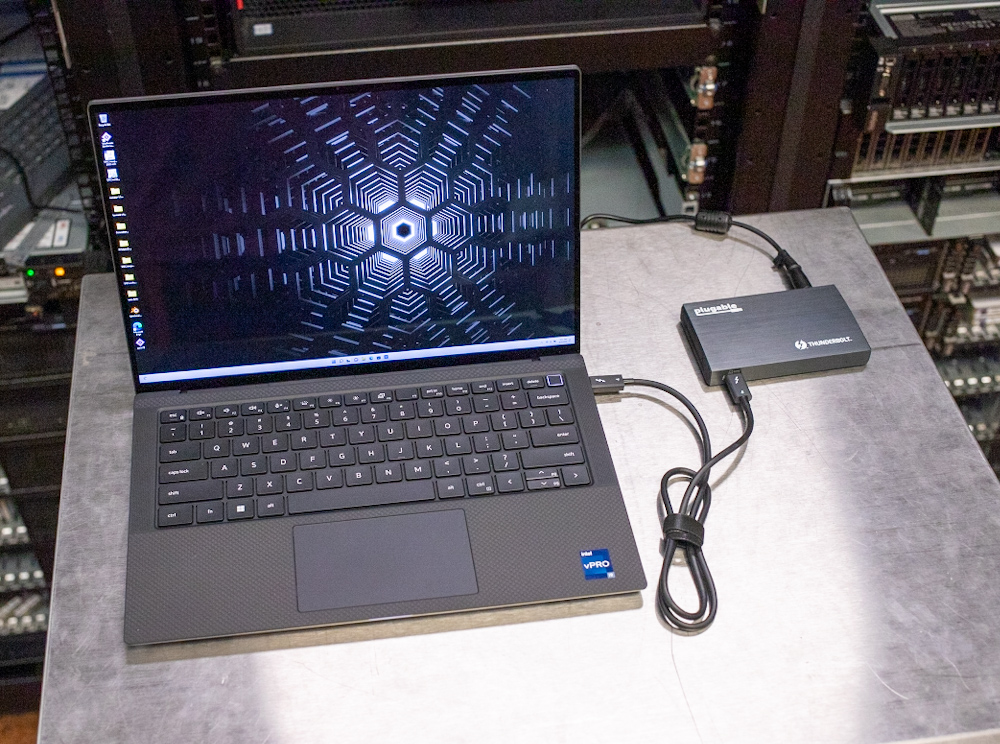 Daisy-chaining this Thunderbolt 4 hub can provide up to six different devices connected. Plugable shows that one port can go to another hub that can hold all the accessories like a mouse and keyboard that a user might need as well as going to two other monitors to give a total of three screens with accessories. Plugable also shows that this hub can go to one of their docks that can connect to another monitor along with using the two other ports as adapters for more devices. 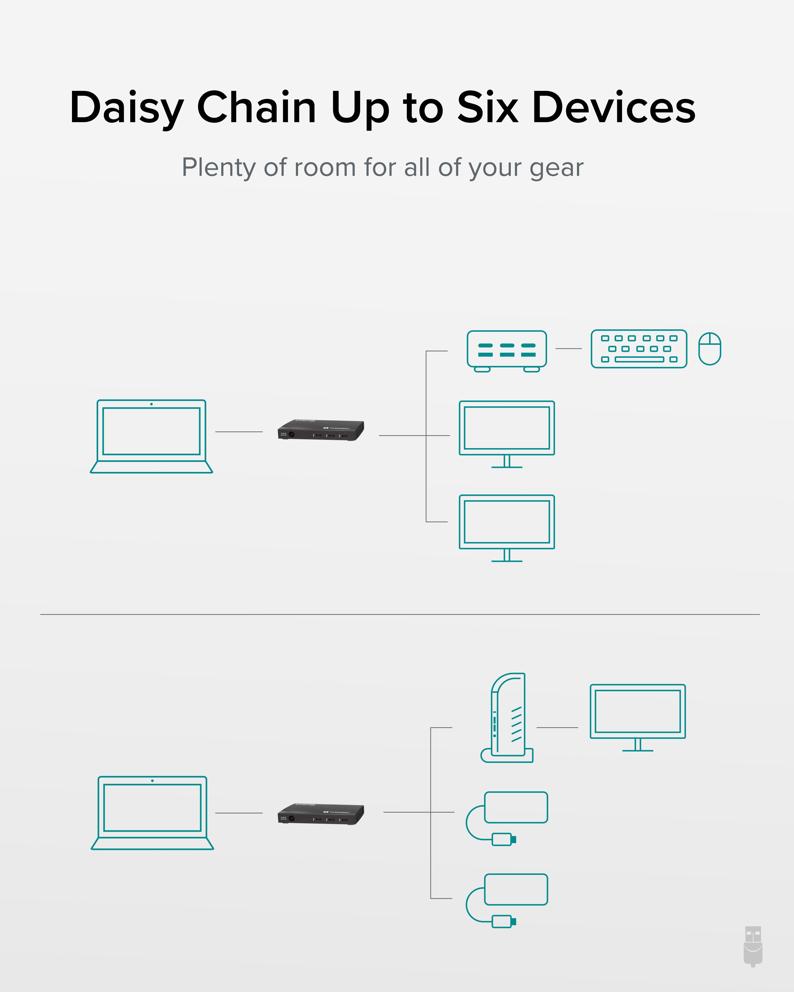 When dealing with a multi-monitor setup, it is important to note the limitations that the Plugable has when it comes to the number of displays. With Thunderbolt 4 Windows Systems (Windows 10+), the Thunderbolt 4 hub can support dual displays with 4K @60Hz or a single [email protected] display. For Thunderbolt 3 and USB4 Mac Systems, dual 4K displays @60Hz or single at [email protected] Lastly, for USB-C Mac Systems, it can support a single 4K display @30Hz.

The Plugable Thunderbolt 4 and USB4 Hub comes with a 2-year limited part and labor warranty as well as Seattle-based email support and currently goes for $199.00 on Amazon.

Hubs and docking stations come in many different shapes and sizes and with the Plugable Thunderbolt 4, the story isn’t any different. The Thunderbolt 4 hub is quite compact but has a nice weight to it where once cables are plugged in, the cables won’t move the device around and it will stay stationary. 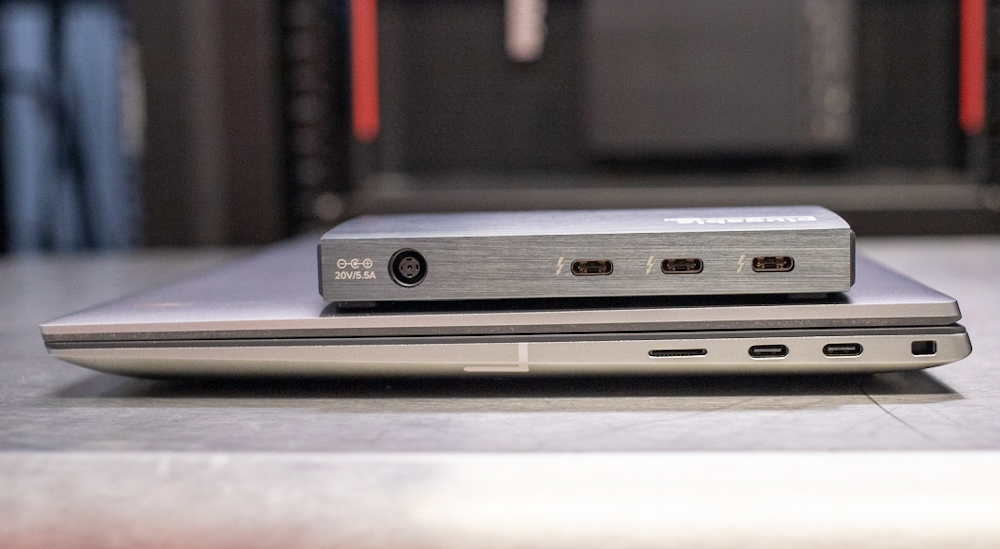 On the front of the Plugable Thunderbolt 4 dock, there is a single port on the left side of the front. Next to the port, there is also a little lighting bolt to signify that it is a Thunderbolt port, along with a laptop symbol and the 60W power delivery symbol.

The top of the device features the Plugable symbol on the top left along with the Thunderbolt symbol and the word “Thunderbolt” on the bottom right. 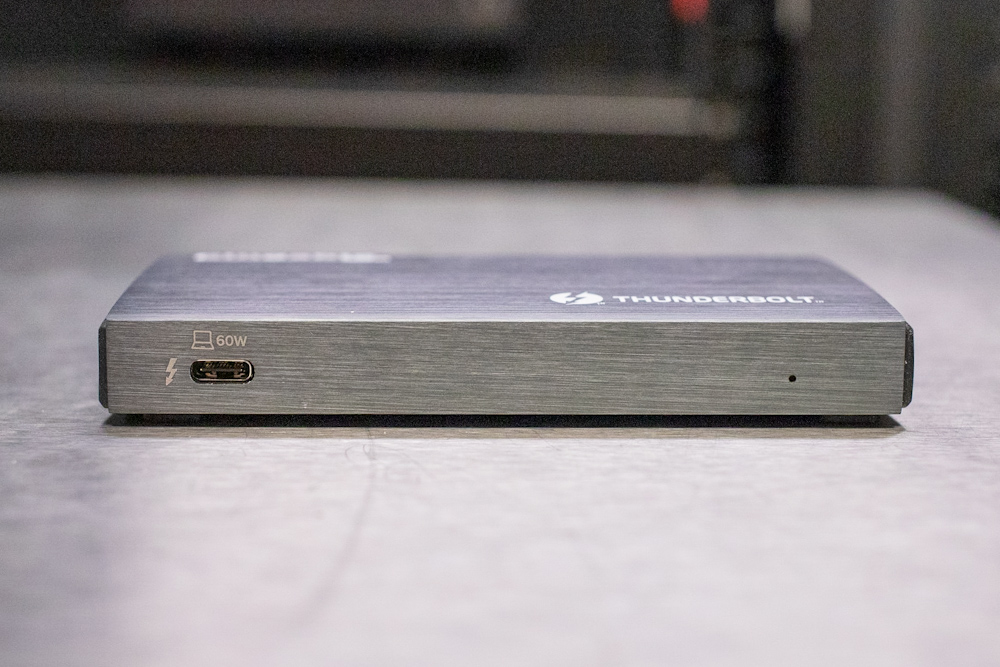 On the rear, starting from the left, there is the power adapter port that utilizes a power outlet similar to one that a notebook uses. Moving to the right, there are the three Thunderbolt 4/USB4 ports. Each port is also signified with a Thunderbolt symbol. The hub includes a power adaptor that plugs in on the left side as seen below. 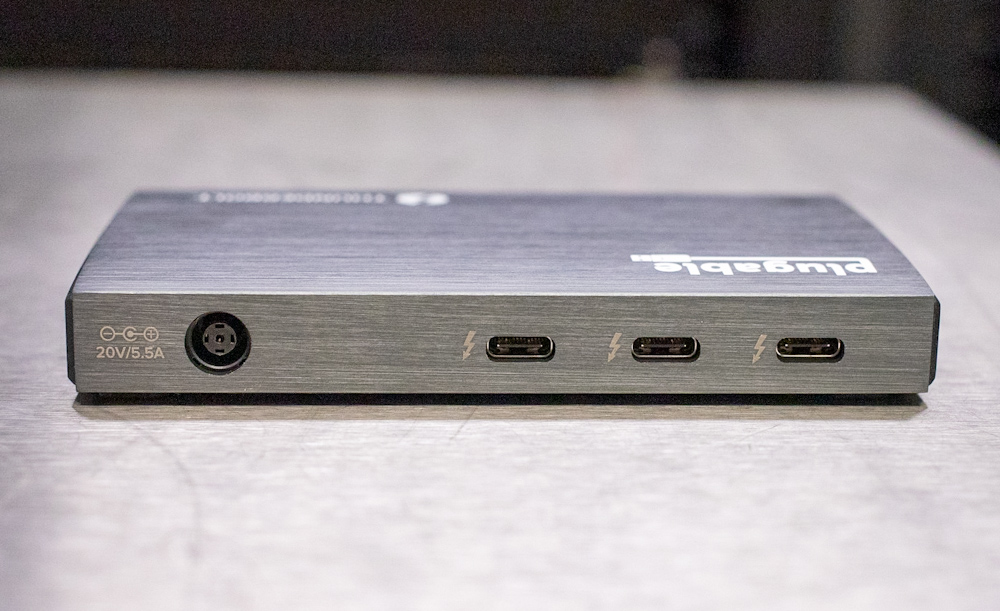 At the bottom of the Plugable Thunderbolt 4 hub, there are four standoffs that allow the device to sit slightly off the table/desk where it is deployed so that the heat from the device doesn’t directly transfer to whatever it is sitting on.

Along with the Plugable Thunderbolt 4 and USB4 hub, the company also sent us their USB-C Voltage and Amperage Meter that is able to measure the voltage and amps of USB-C devices. This meter is bi-directional and is able to pass through USB data so it is able to be used in line with other devices. 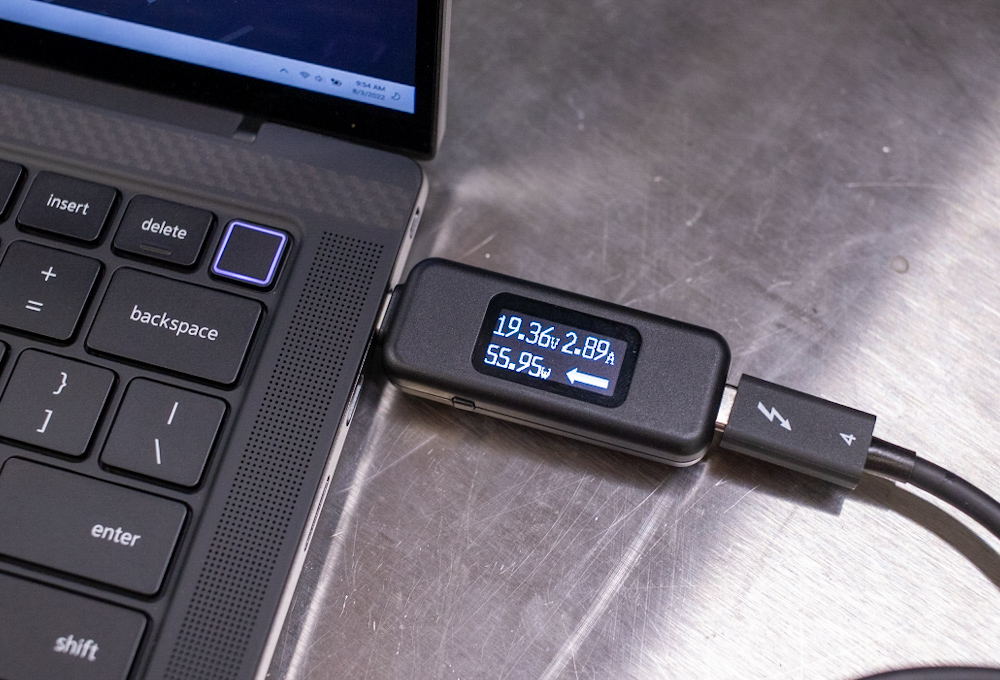 As for looking at the actual meter while we have it connected, the device that we used it with was the Dell Precision 5470 workstation. The Plugable hub is able to push out 60W through its PD port, and as pictured, we were able to get 55.95W, so it was pretty close to the listed max, which is pretty good.

Depending on your needs, the Plugable Thunderbolt 4 and USB4 hub can be very useful as it offers the ability to have a multi-monitor setup along with the functionality of creating a daisy chain of up to six devices including a monitor and accessories. This hub is especially useful for MacBook and notebook users who don’t have a lot of Thunderbolt ports to share as this can offer up to three more as well as charge the MacBook or notebook simultaneously. It’s also small enough to be a nice addition to your “go bag.” 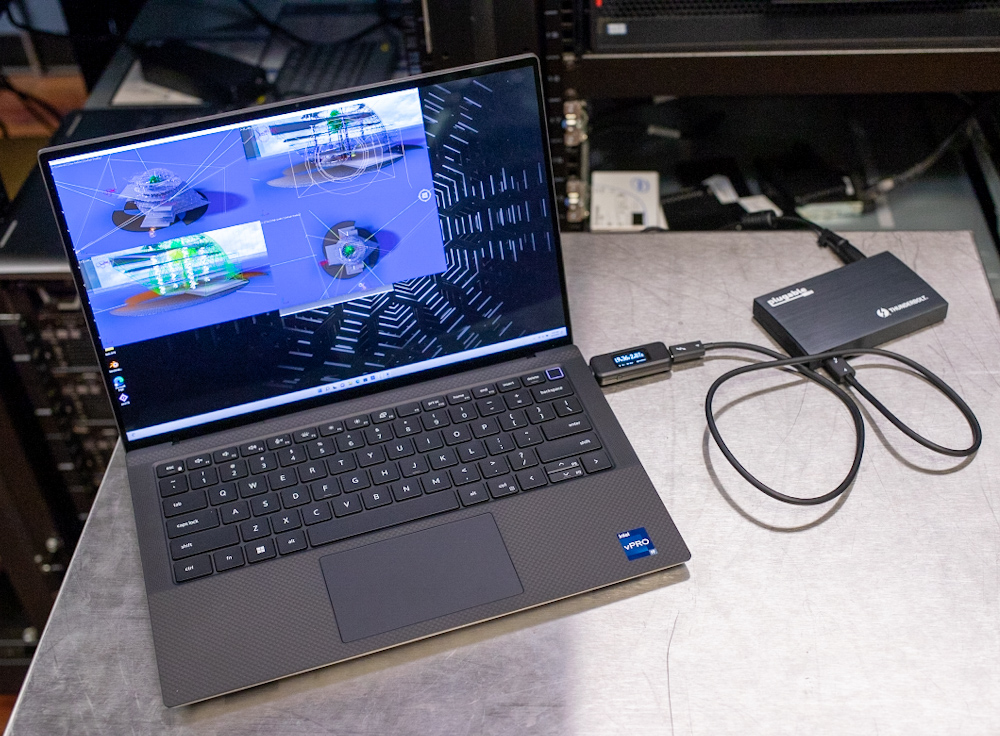 As with any hub or dock that is on the market currently, there are some limitations and important things to remember when it comes to this Thunderbolt 4 and USB4 hub. The first is the support of M1 Macs, meaning that while Plugable says you can have a dual monitor setup with Macs, the current M1 only supports a single external display when it comes to Thunderbolt 3 and USB4 Mac systems. The other thing to note is the power source for this hub. It is just like one that a notebook would use so it is quite large and bulky so it will need to be hidden if you are looking for a clean setup.

Overall, for notebook and MacBook users, the Plugable Thunderbolt 4 and USB4 hub is a great way to add more Thunderbolt or USB4 connectivity to your device as well as power it directly. It works especially great for those that also are looking to increase the number of displays in a setup and possibly need the ability to daisy-chain devices. At $200, it’s not inexpensive, but for the right use case, it can make a ton of sense.