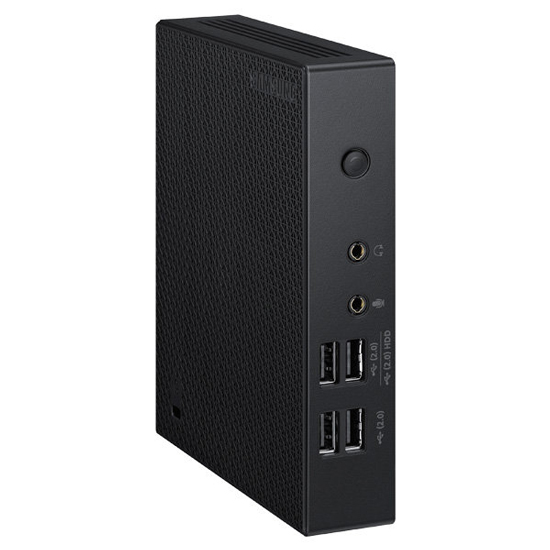 In this article, I’ll give an overview of the specifications, design and build of the NX-N2-T, and then I’ll outline the testing on the device I carried out over the span of three weeks and the key findings from those tests. Last, I’ll provide some final thoughts and briefly discuss who would benefit most from this device.

The NX-N2-T does not have any moving parts (not even a fan), which should make it extremely reliable. Moreover, the fact that it boots from firmware means that it does not have an operating system, meaning that it would be difficult to compromise. This, coupled with the device’s lack of support for persistent data storage, makes it very secure. 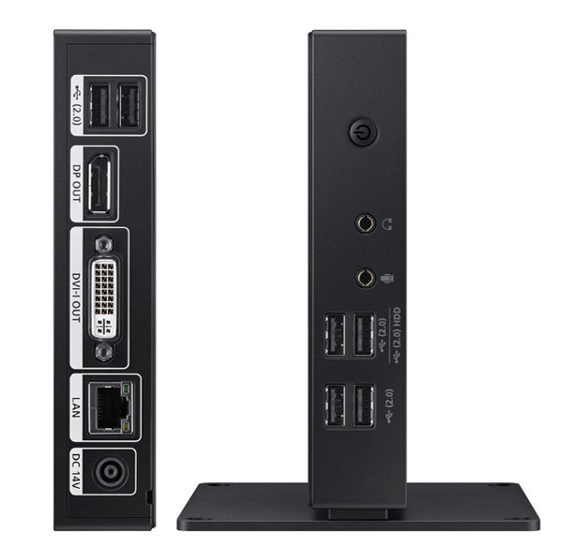 The case is made of heavy black plastic with a diamond weave pattern on the top and bottom. On the bottom and one side are slots for mounting the stand, either vertically or horizontally. The Kensington lock slot is located on the side of the unit. The plastic is durable and should stand up well over time in an office environment.

The real test of a virtual desktop client is its usability. To test the usability of the NX-N2-T, I used the client for three weeks with various configurations throughout. Below are the key results I noted during my time using the client.

For my initial testing, I connected the NX-N2-T to a 24” Dell U2412M monitor with a resolution of 1920x1200by using the DisplayPort connector. The client was connected to the network via a 1Gb network with a single switch in the network to the server that was hosting the virtual desktop. In order to create a controlled environment, the network was monitored during testing to ensure that no other traffic was present on the network.

Within 28 seconds after booting up, the NX-N2-T client obtained an IP address from my DNS server and presented me with a PCoIP dialog where I entered the IP address of the connection broker, after which time a dialog box popped up where I entered my user ID, password and domain. At that point, I was connected to a Windows 2016 desktop configured with 2 vCPUs and 8GB of RAM, and a 64GB and 100GB disk backed by a Micron 9100 NVMe datastore running vSphere 6.5. I used VMware Horizon 7.4 to provide the connection broker to the virtual desktop.

Once the client displayed the virtual desktop, I verified that the screen resolution was correctly set to 1920×1200. For three weeks I used the device for my day-to-day activities, which included working with Microsoft Word, PowerPoint documents, editing photos using the GIMP image editor, and using various web browsers. While carrying out these activities, I could not tell the difference between using the client with a virtual desktop versus a local PC.

To further test the device, I used VLC to play a video (1280 x 720 @ 712kbs) that was stored on the virtual desktop. I first played the video using a quarter of the screen, and then once again in full screen mode. In quarter-scale, the video played without any frames dropping; in full screen mode, the video was jerky and frames were being dropped. The fact that video playback dropped frames while playing in full screen mode was not unexpected since I had experienced similar video quality reductions on other clients. The audio played flawlessly when the video was displayed in both quarter-scale and full screen mode. When I used the built-in speaker on the client for the audio output, the sound volume was not very loud but the sound quality was clear and not muffled or tinny. When I used a headset with the device, however, the sound was both clear and loud.

The next test I carried out was moving the Dell monitor to the DVI port and connecting a second monitor (27” 4K Lenovo ThinkVision P27) to the client using DisplayPort. This monitor was in portrait mode, and I used the device’s settings menu (Figure3) to configure the topology of the monitors. After connecting to the virtual desktop, both of the monitors had a resolution of 1920 x 1200 in an extended desktop configuration. I ran through the same document and video testing that I performed in the initial test with the same results. 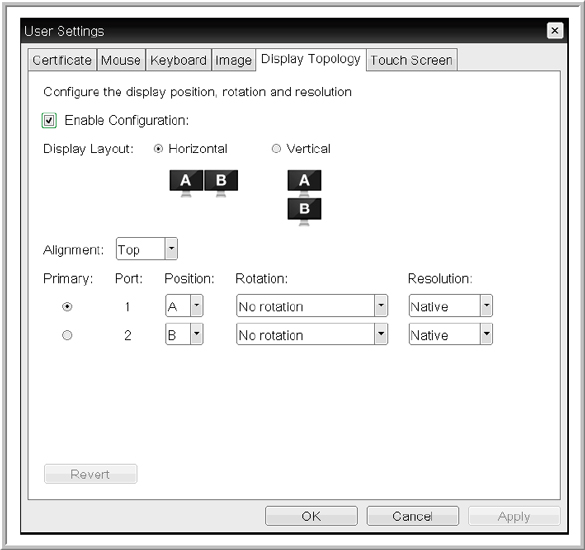 For my third and final test, I connected the client to a cloud-based virtual desktop. The desktop was provided by Leostream; the Leostream connection broker and virtual desktop were based in an AWS datacenter. I used a single monitor (the Dell 24” monitor through the DVI port) connected to the NX-N2-T for this testing.

When the device first boots up, there is a settings icon in the upper left-hand corner that navigates to the OSD options menu which is used to configure the device, with options including: screen configuration and display topology, diagnostics of networking issues, information on the firmware version, user settings, and the ability to perform other activities for the device. I used the OSD options menu to configure the topology of my monitors and set the DHCP server for the device, and I found the menu easy to navigate and intuitive.

The PCoIP Administrative Web Interface (AWI) allows you to interact with a PCoIP client using a web browser from a remote system (Figure 2). The AWI supports the same features as the OSD options menu as well as the ability to upload firmware and certificates to the device. I found the AWI useful to examine information about my device, the device’s PCoIP settings, and the bandwidth that the device was consuming. 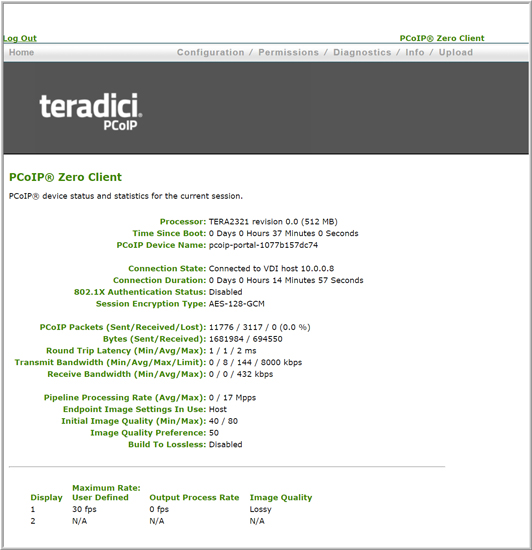 The device can also be managed by using Teradici’s PCoIP Management Console (MC). The MC lets you centrally manage all the PCoIP clients in a VDI deployment. The MC is supplied by Teradici and is packaged and deployed as a VMware virtual machine (VM). The MC did not come with the device, and I did not use it while testing the device.

The Samsung NX-N2-T is a low cost Zero client that works with nearly any combination of displays or peripherals. Unlike most zero and thin clients, the NX-N2-T comes with built-in support for Teradici’s PCoIP remote display protocol. Users can support two monitors and up to six USB bases devices with this zero client. The Samsung NX-N2-T can be picked up now for roughly $200.

After using the Samsung NX-N2-T for three weeks with both on-premise and cloud-based virtual desktops, I found the device to be a fast booting, compact client that is easy to configure and performed as expected. It has ample connectivity via its 6 USB ports and supports two monitors. The unit’s built-in speaker was not very loud, but this should not be a problem as most users in an office setting would be using a headset. From a practical standpoint, its lack of moving parts should make the device very reliable, and the fact that it does not have an operating system means it would be difficult to compromise.

Overall, due to its low cost and feature set, the NX-N2-T would be a good fit for task and knowledge workers in an environment that uses the PCoIP as its remote display protocol. However, power users will find its lack of 4K monitor support, wireless networking, and 3.0 USB ports limiting.