Last week Seagate Technologies announced their latest SSD, simple named BarraCuda SSD. The naming follows in line with the rest of the company’s Guardian Series of drives and naming scheme. The BarraCuda SSD will serve as a drop in HDD SATA replacement that, due to the change in faster technology, will boost PC and laptop performance.

Last week Seagate Technologies announced their latest SSD, simple named BarraCuda SSD. The naming follows in line with the rest of the company’s Guardian Series of drives and naming scheme. The BarraCuda SSD will serve as a drop in HDD SATA replacement that, due to the change in faster technology, will boost PC and laptop performance. 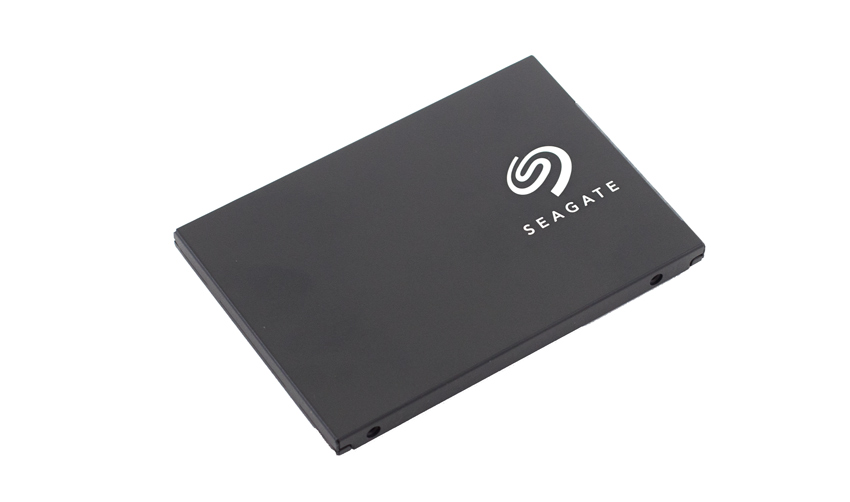 The BarraCuda SSD is a 2.5” x 7mm SATA SSD. It comes in a range of capacities from 250GB to 2TB. As stated, the main selling point of the new SSD is a replacement for PC and laptops HDDs. The drive is quoted at speeds of up to 560MB/s read, 540MB/s write and random read and write of 90K IOPS. The drive comes good endurance numbers as well including up to 1,067TB of total bytes written, and a mean time between failures of 1.8 million hours. With the BarraCuda SSD, Seagate is offering a consumer SSD backed by the company’s two plus decades of experience in storage products.

The Seagate BarraCuda is a 2.5” SATA SSD that comes in a flat black case. The top of the drive has branding on it and the bottom has a sticker with information such as capacity. 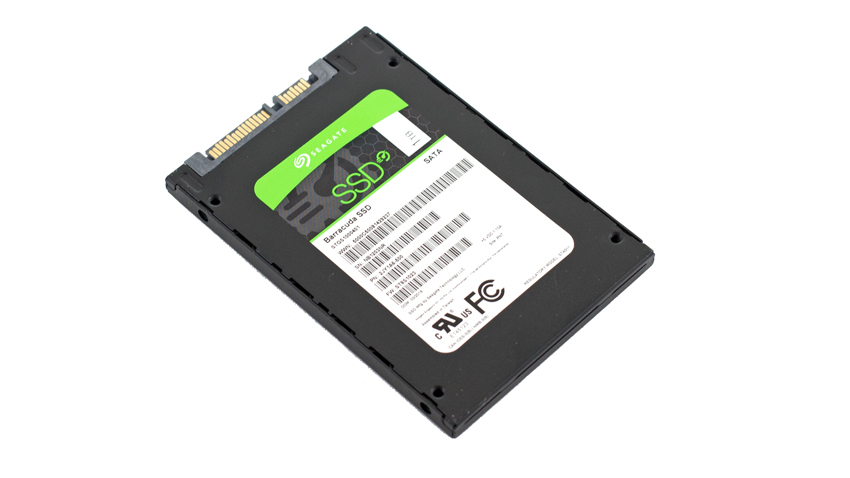 Opening the drive up we see an orange PCB with the NAND packs and DRM on one side. 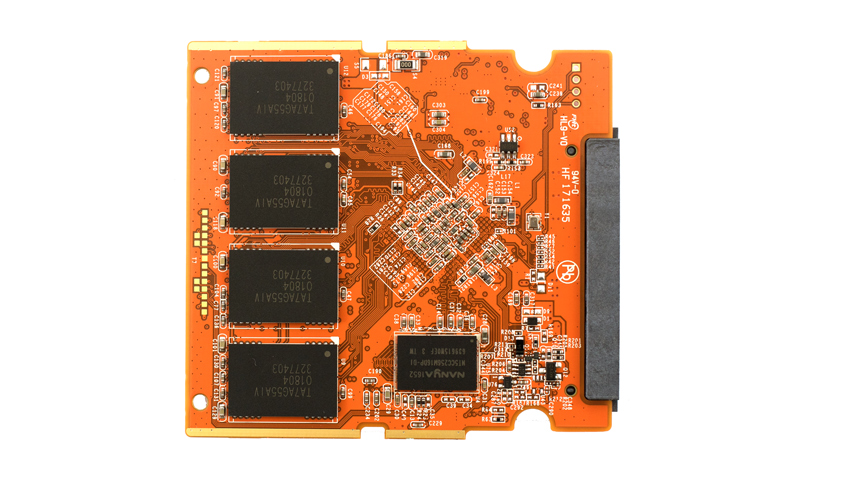 And more NAND packs, DRAM, and a Seagate Controller on the other. 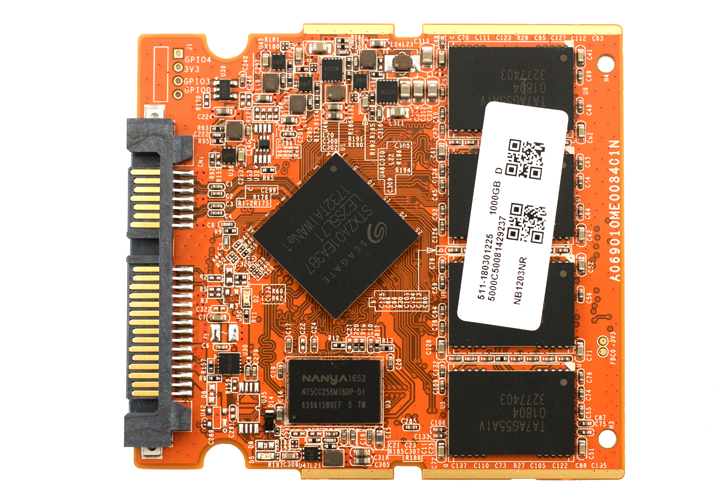 When looking at SQL Server Output, the BarraCuda was able to hit 2,951.3 TPS placing third overall.

In our first VDBench Workload Analysis, we looked at random 4K read performance. In this workload scenario, the BarraCuda was able to maintain sub-millisecond latency to nearly 70K IOPS. The drive peaked at 73,335 IOPS with a latency of 1.72ms placing third overall and close to the Samsung EVO.

For random 4K write performance, the BarraCuda was all over the map. At about 48K IOPS it spiked massively in latency and dropping in performance to below 30K IOPS. The drive peaked at just over 60K IOPS at roughly 2ms latency before dropping off yet again, finishing last.

Switching gears to our sequential 64K benchmarks, the Seagate BarraCuda had sub-millisecond latency until about 2,500 IOPS or about 160MB/s in the 64K read benchmark. Here its latency spiked to 4.5ms finishing last with 3,559 IOPS or 222MB/s.

For the 64K write benchmark, the BarraCuda was once again all over the place. While it was able to stay under 1ms until it hit around 2,300 IOPS or roughly 150MB/s it spiked up in latency and dropped in performance before spinning around through its performance and finishing third with 5,070 IOPS or 317MB/s with a latency of 3.14ms.

Next, we look at VDI including Boot, Initial Login, and Monday Login. In our VDI Boot benchmark, the Seagate BarraCuda had sub-millisecond latency until about 20K IOPS and peaked at 22,593 IOPS with a latency of 1.43ms before falling off some. This places it third.

For VDI Initial Login, it looks as though a toddler got a hold of a crayon and scribbled on our charts. The BarraCuda had latency under 1ms until about 5K IOPS and then shot all around with a peak performance of 12,791 IOPS and a latency of 2.31ms, again finishing third.

VDI Monday login showed the Seagate drive to spike above 1ms around 3K IOPS and finish at only 5,414 IOPS with a latency of 665μs.

Seagate has released their latest end-user drive with the BarraCuda SSD. The drive is being pushed as a cost-effective drop in upgrade for PCs or laptops that still use HDDs; the drive will definitely offer more performance than HDDs with quoted speeds of up to 560MB/s read and 540MB/s write. The SSD comes in capacities up to 2TB, which should keep users from having to choose between capacity or performance. Not only is the drive backed by a 5-year limited warranty, but it also brings 20 years of Seagate experience to it.

Looking at performance the Seagate BarraCuda SSD isn’t going to win any awards. While tests reflecting read performance did pretty well, write performance was the weakness of this drive. In our SQL Server benchmark the SSD had transactional performance of 2,951.3 TPS and a latency of 339ms place third in both (though by much more in latency). In our VDBench Workload Analysis the Seagate SSD liked to either be in third (out of four drives) or last. The SSD had some peak performances of 73K IOPS random read, 60K IOPS random write, 222MB/s sequential read, and 317MB/s sequential write. In our VDI test, the drive didn’t fare much better with 22.5K IOPS boot, 12.8K IOPS initial login, and only 5,414 IOPS Monday login.

The Seagate BarraCuda is being marketed as an HDD replacement for older machines, or as a value-based alternative SSD. In this respect it will give users a performance bump and let them take advantage of the benefits of moving to flash. This drive is about cost more than anything though. With the 5-year warranty and decent performance, it’s a fair choice when priced more aggressively than the rest of the drives in its class.