The all-new Seagate Horizon Forbidden West Game Drive is a limited edition PS5/PS4 drive by Seagate featuring Aloy, the main protagonist from Horizon Forbidden West. This drive is used to archive games on the PS5 and can transfer to the internal storage fairly quickly, and for those with a PS4, games can be stored and played on the drive with downloading. Connectivity is handled through a single USB USB 3.0 cable allowing players to take it on the go.

The all-new Seagate Horizon Forbidden West Game Drive is a limited edition PS5/PS4 drive by Seagate featuring Aloy, the main protagonist from Horizon Forbidden West. This drive is used to archive games on the PS5 and can transfer to the internal storage fairly quickly, and for those with a PS4, games can be stored and played on the drive with downloading. Connectivity is handled through a single USB USB 3.0 cable allowing players to take it on the go.

The all-new limited edition Forbidden West Game Drives for the PS5/PS4 were split into two different storage capacities, the 2TB model, and the 5TB model. In our case, we will be reviewing the 5TB model, which goes for $189.99. It is currently out of stock on Amazon, but there are other retailers that sell it. There are several product links that Seagate offers to users that wish to purchase the product, which can be found on their website. 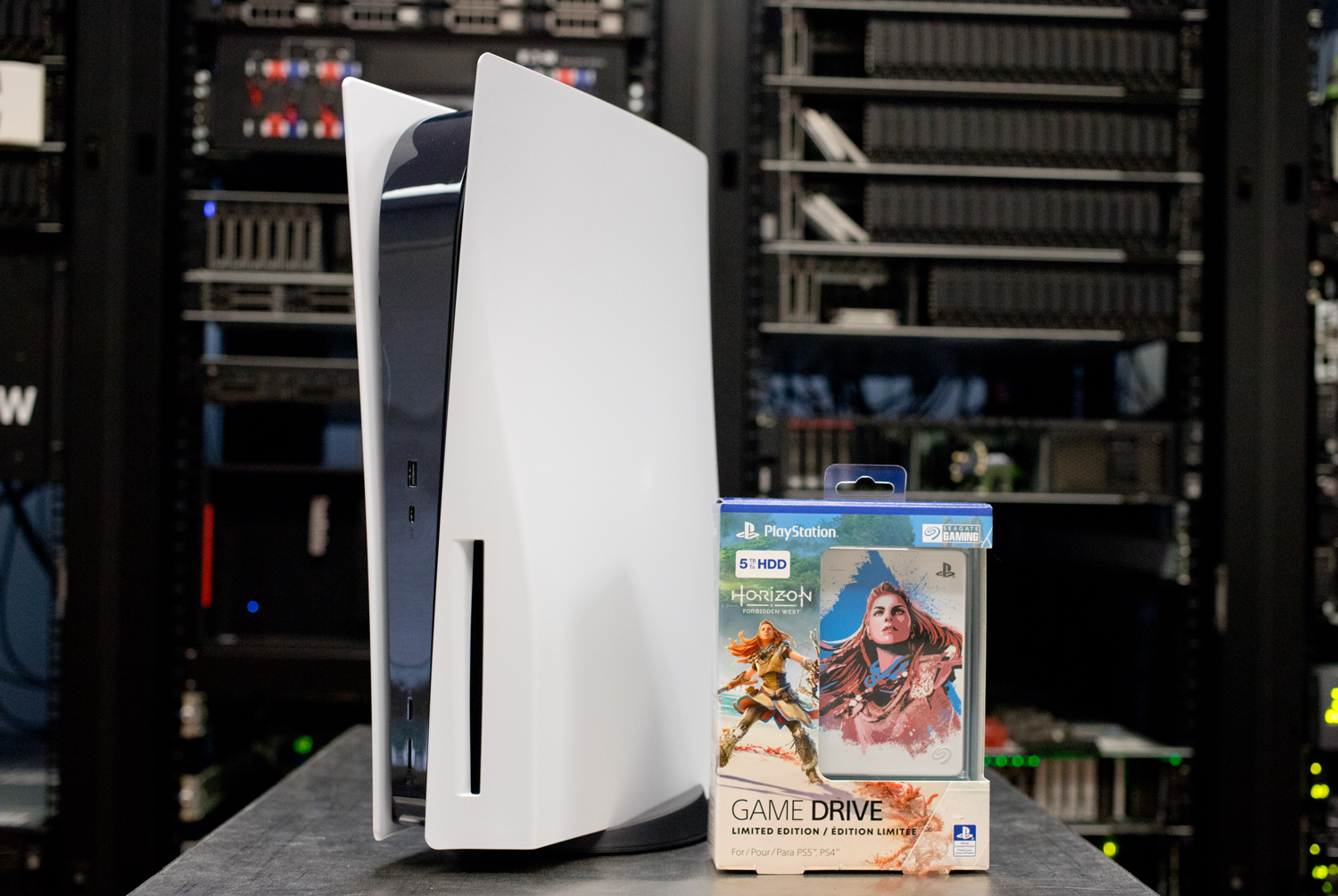 Seagate collaborated with Sony Interactive Entertainment and game developer studio, Guerrilla, to create this limited edition Game Drive. This Game Drive is an officially licensed collectible product from Seagate and Sony built for those wanted to store games on a fashionable game drive. Seagate reports that the 2TB model can hold 30+ PS5 games or 50+ PS4 games, and on the 5TB model, 60+ PS5 games or 100+ PS4 games.

The Forbidden West game drive features a nice white color that matches the PS5 along with a somewhat thin form factor that fits the 5TB storage. The most notable feature of this game drive is the top which features a unique art style showing off the main character from the game. The splash of colors and the contrast really show off the cool design that Seagate has decided to go with for this drive. 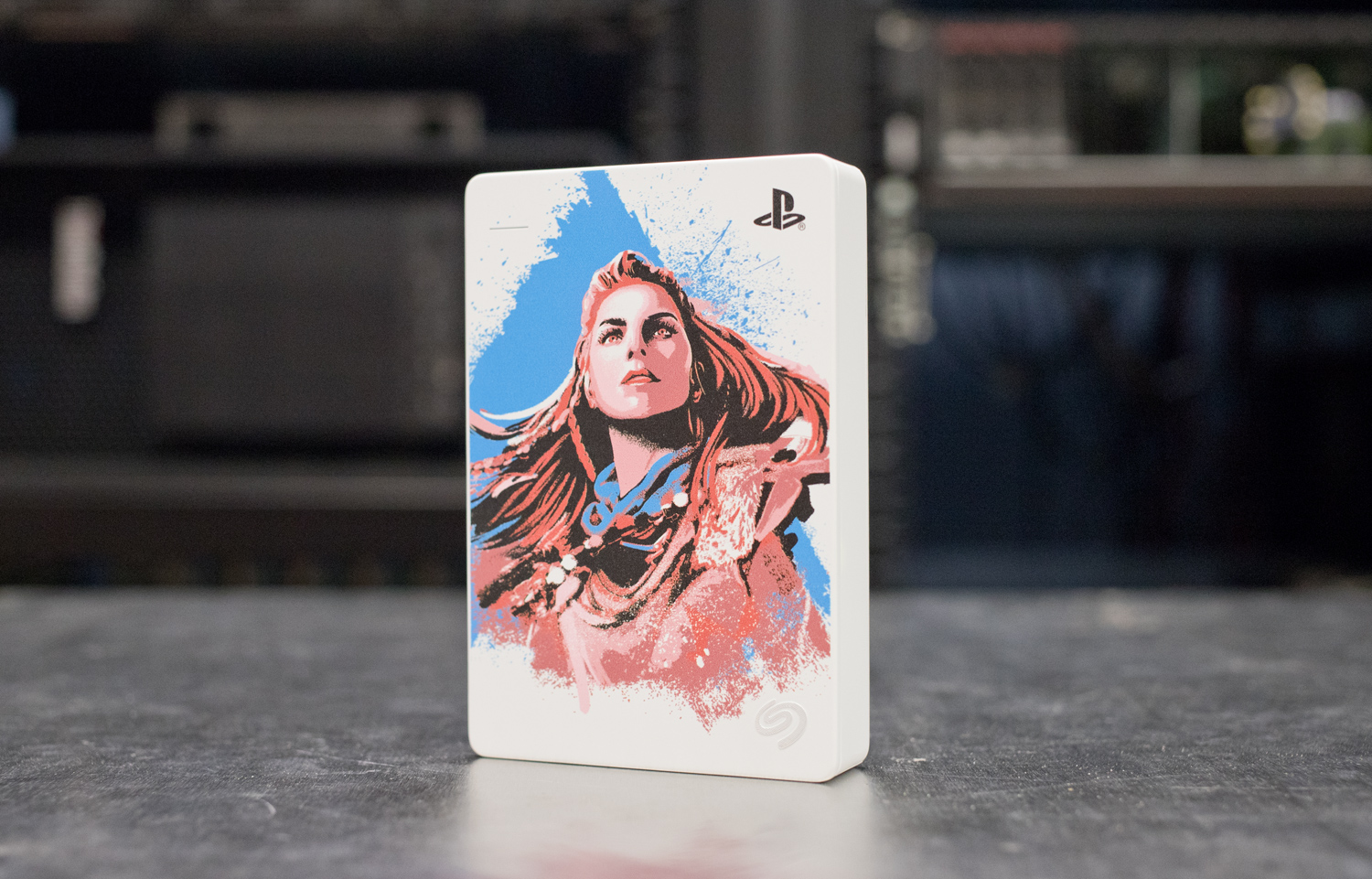 Since the Forbidden West Game Drive is an external spinning HDD, it wasn’t designed for any heavy GPU task or resource-intensive games. This isn’t that big of a deal for those with a PS5 since this Game Drive is only for archiving games on the next-gen consoles, however, for PS4 users, it might be a problem. This Game Drive also features a USB 3.2 Gen 1 connectivity and includes a USB 3.0 cable.

The Forbidden West Game Drive comes in at 4.51in x 3.07in x 0.809in, which is a good size, especially considering that it is 5TB worth of storage. The Game Drive also weighs 257g or 0.567lbs, which is a nice heft and gives peace of mind that this collector’s item won’t break.

Walking through the process of configuring and setting up the drive was made very easy thanks to the PS5 doing all the work in formatting and seeing that a new drive was recognized. To start the process of using an external Extended Storage, going to the Storage page of the PS5 or PS4 is necessary and then the “Format as USB Extended Storage” button needs to be clicked. 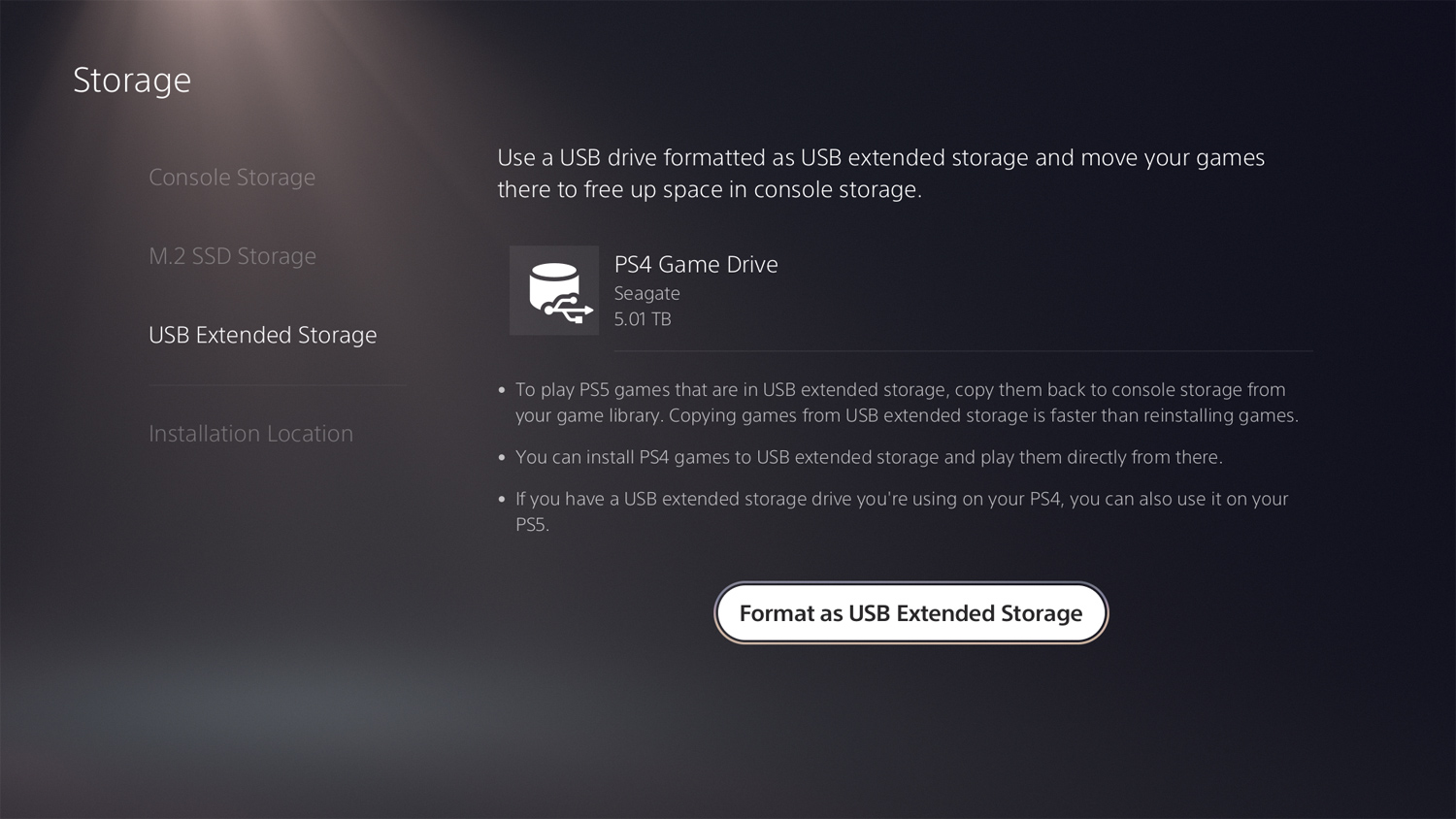 The process will then start formatting the drive, this part usually doesn’t take too long for users, only patience is required. 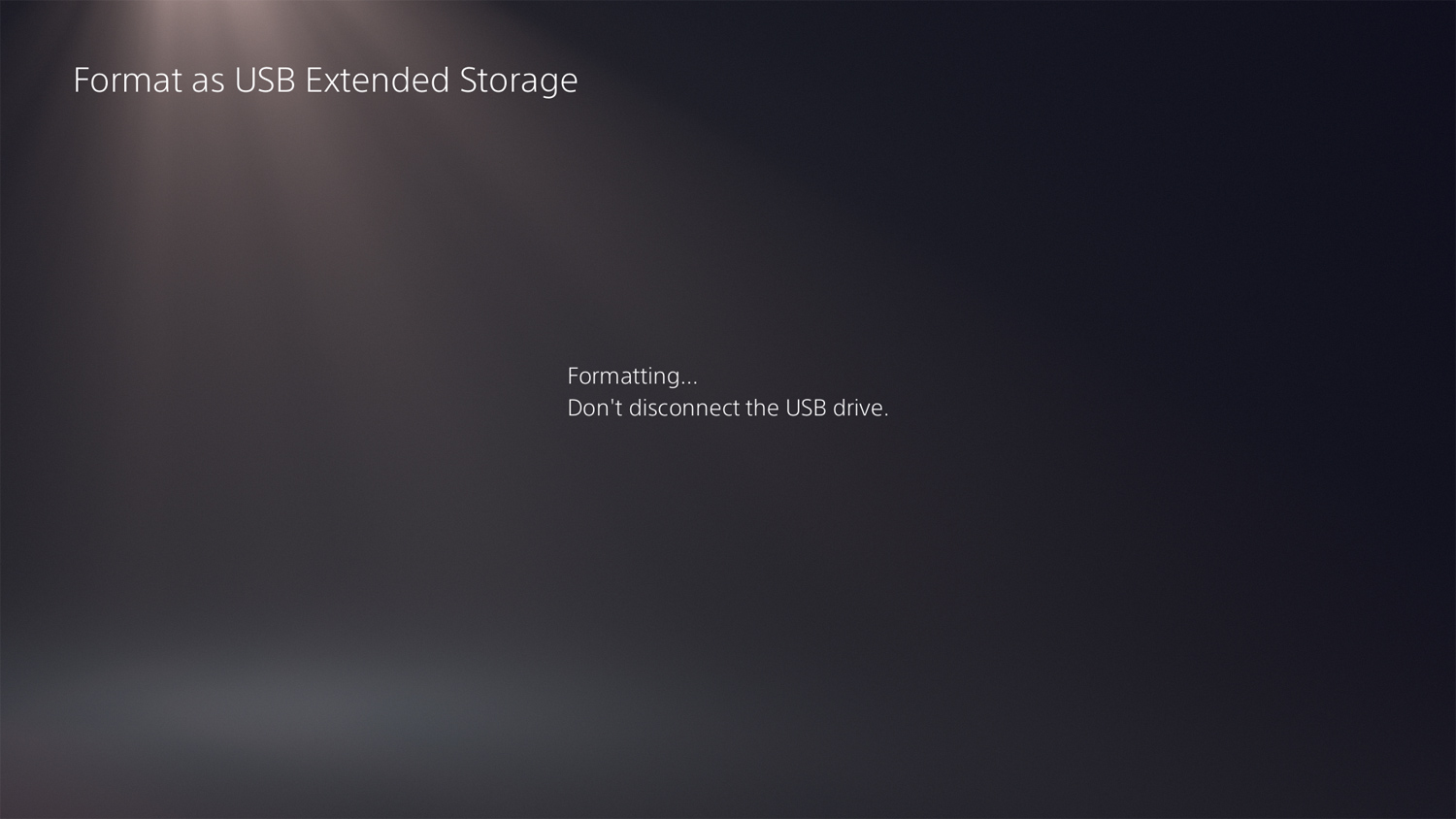 Once the drive has finished formatting, in the Storage menu, the Game Drive will be recognized as a PS4 Game Drive. The size of the drive and the space that is left for Games and Apps. 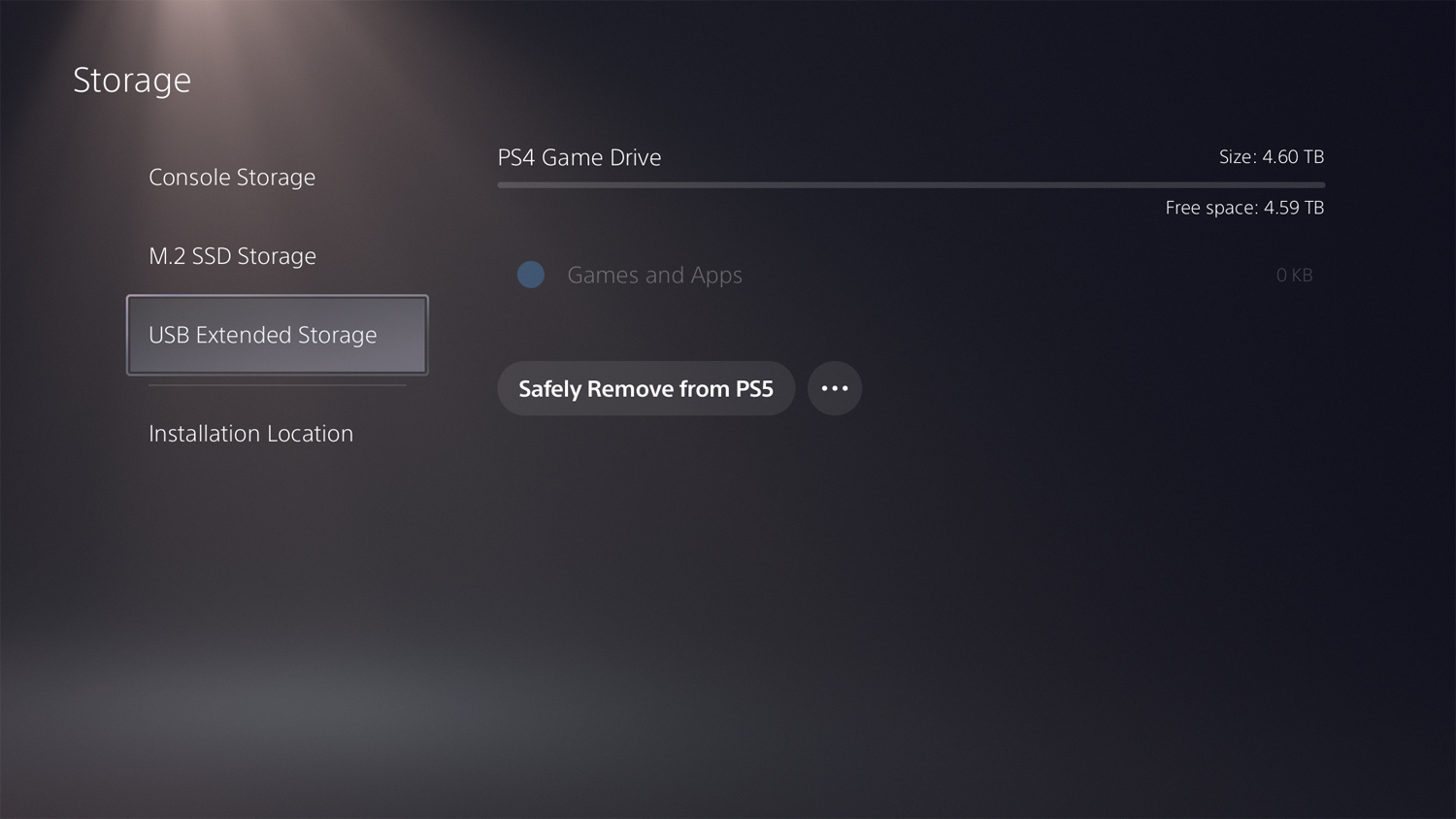 Once the process for configuration is complete, the PS5 will display a little box reminding that PS5 games can only be transferred to and from and games can’t be played from the external HDD. 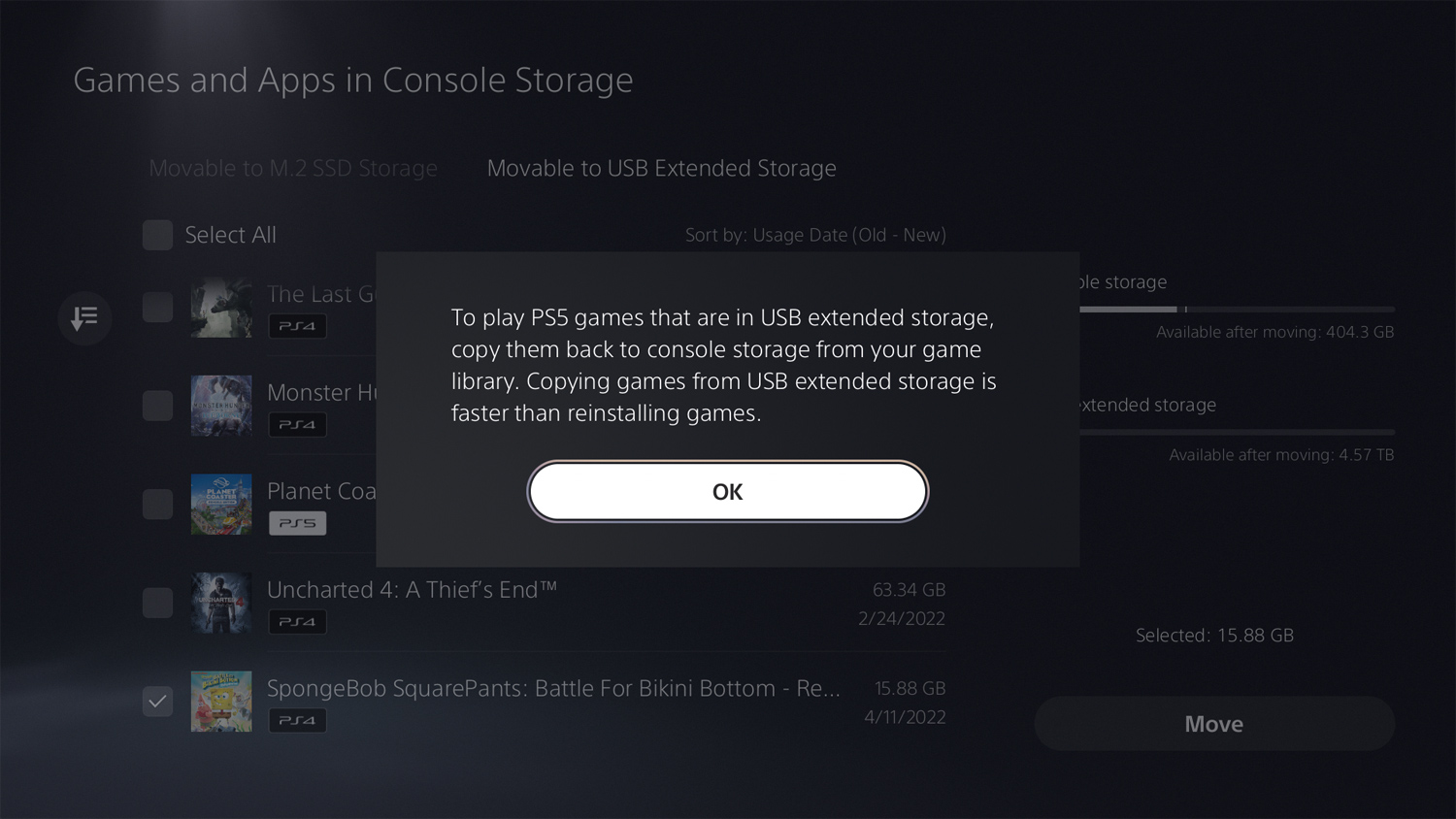 Lastly, we just wanted to show what it looks like when games are being moved. There isn’t really anything special about copying games over and it is just the default screen for those that are familiar with the PS5 moving screen. 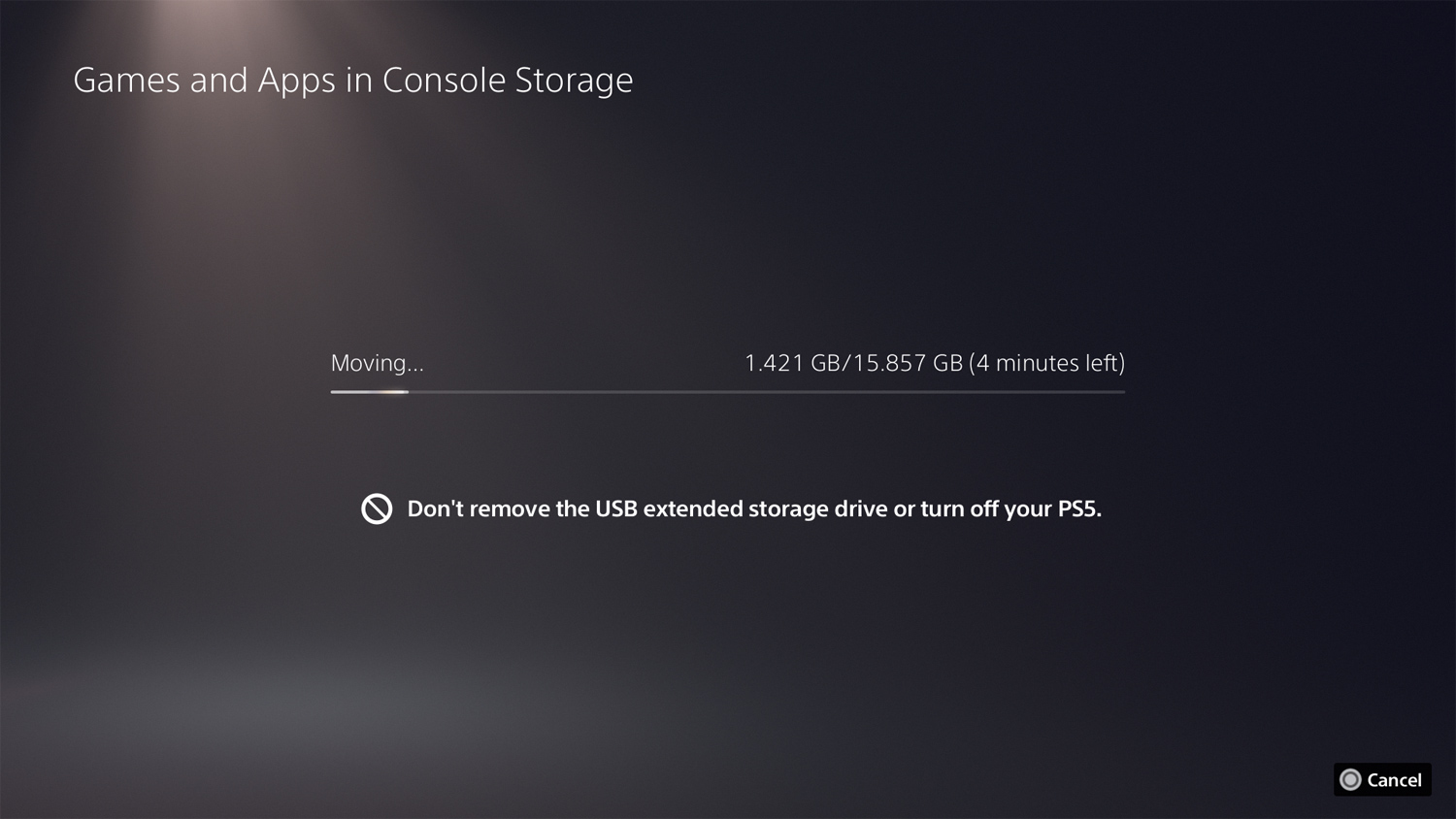 As for testing the drive, one of the first tests that were performed was the Blackmagic Disk Speed Test. The Forbidden West 5TB drive managed to get 122MB/s read and 117MB/s write. This drive didn’t do as well as we would like, with other external drives performing better, however, it is able to get done what it is intended for. 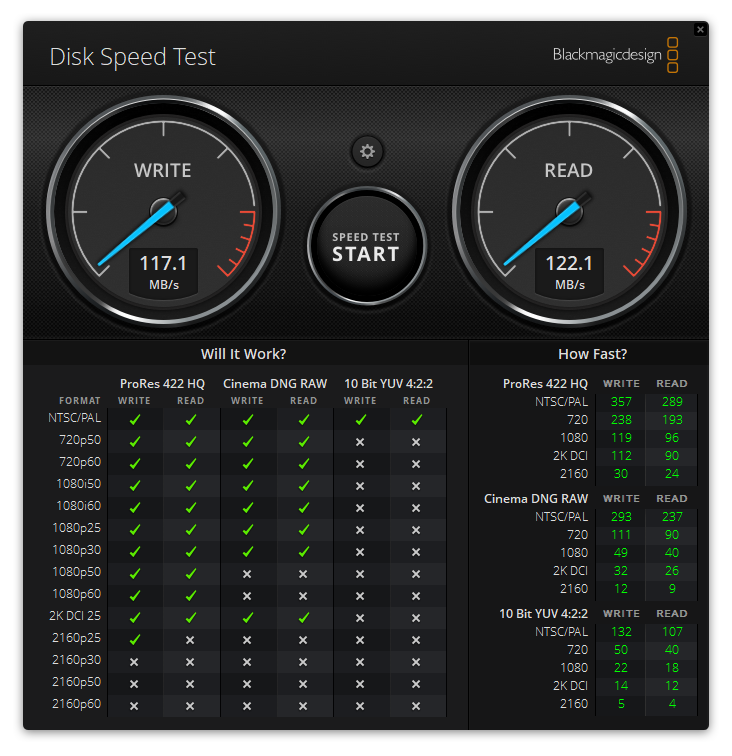 The Seagate Horizon Forbidden West 5TB HDD Game Drive hits many of the right checkmarks when it comes to an officially licensed external drive with a cool aesthetic appeal. With its relatively small size of 5TB and the unique painted design of Aloy, the main protagonist, the Forbidden West Game Drive can fit right in with any PS5 setup. 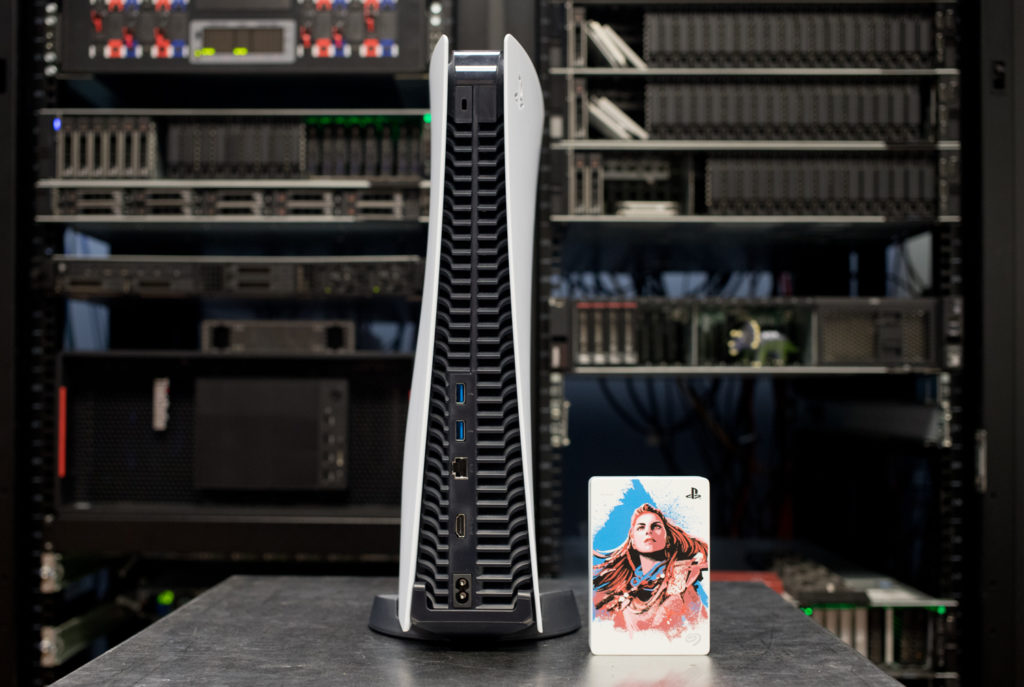 When we looked at the performance part of this drive, the Game Drive was good enough for the intended task. The Forbidden West drive was able to reach 122MB/s read and 117MB/s write in the Blackmagic test. In the IOMeter test, we saw speeds over the Blackmagic test in the 2MB sequential with 132MB/s read and 133MB/s write. Once we ran the 2MB random and 4K random tests, the Game Drive dropped in performance and didn’t leave on a good note.

Overall, however, this drive really isn’t about the performance that it brings to the table, it is about the limited edition appeal as well as the portability. Game space is something that everyone needs especially since games are getting larger and this Game Drive allows users to store a variety of games as well as display a unique painted design of Aloy.