From a capacity standpoint, the TerraMaster F4-422 supports up to 80TB through four 16TB HDDs. Though 18TB HDDs are on the market, it isn’t clear at the time of this writing whether the NAS will support the new capacities. If faster performance is desired, the NAS supports 2.5” SSDs as well. All the support for storage is through the SATA interface. The device supports multiple RAID modes including RAID0, RAID1, RAID5, RAID6, RAID10, JBOD, and SINGLE. 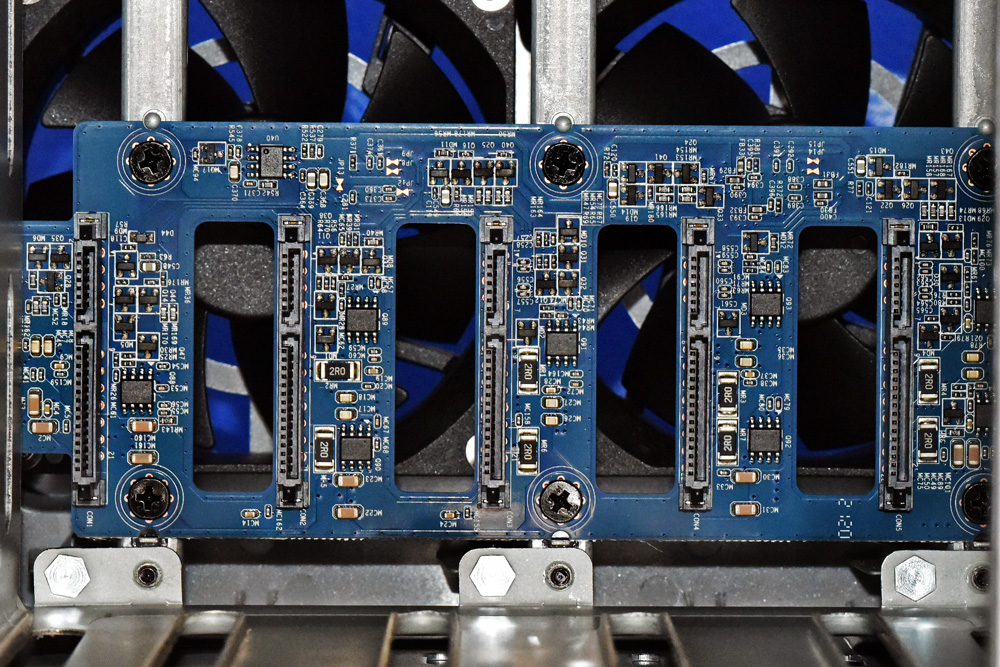 With the company’s TOS 4.1 OS, the NAS can support multiple file services (SMB/CIFS, NFS, AFP, FTP/SFTP, WebDAV files services, SMB, NFS, and iSCSI remote mounts) and over cross-platform access. The F4-422 can also be turned into a private cloud with anywhere access through the TNAS mobile app or TNAS.online. If multimedia is more your thing, The NAS supports Emby and Plex and can be played on nearly all multimedia players. The NAS allows real-time 4K transcoding.

The TerraMaster F4-422 comes with a two-year warranty and can be picked up for $500.

The TerraMaster F4-422 is a smallish desktop NAS a little larger than the four 3.5” drives it can house. It has an overall gray or aluminum appearance and a little bit of heft to it, especially if it is loaded with drives. The drives come out fairly easy through the front. Off to the left side is the power button as well as drive and networking indicator lights. As with most small NAS devices, the back is mostly taken up by fans. Off to the right is a spot for an HDMI port (though not on this model), two USB 3.0 ports, two 1GbE ports, one 10GbE port, and the power connection. 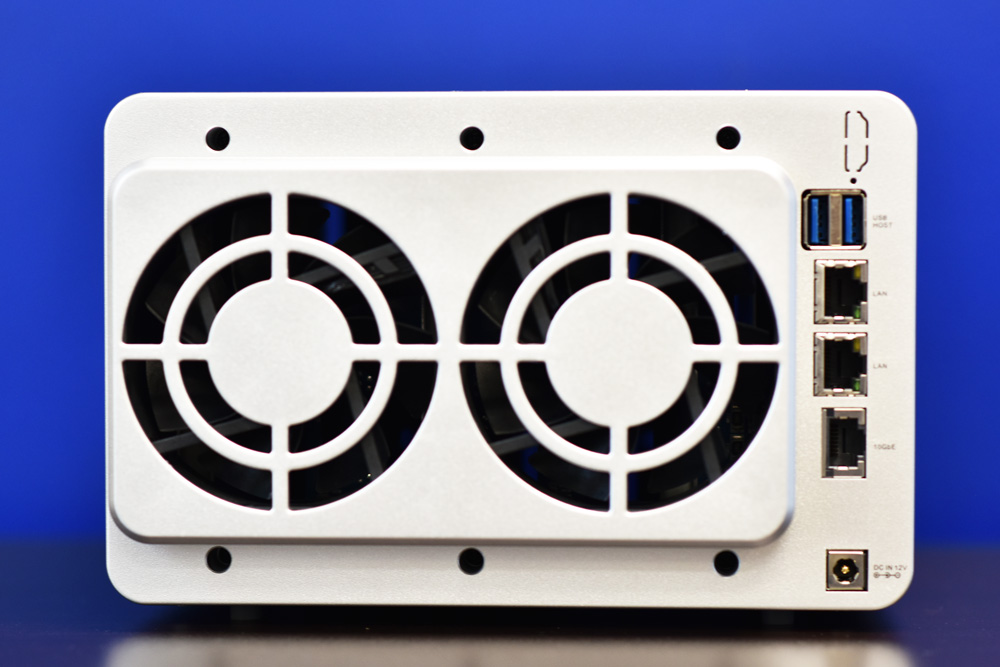 As we noted in a previous review, the TerraMAster NAS devices leverage the company’s TOS operating system. While there are a lot of really nice GUIs out there in the SMB/SOHO NAS world, this isn’t one of them. It is simplistic (overly in some ways) and comes with odd quirks like the need to install a separate application to do iSCSI. That being said, the OS still supports the above mentions file services and multimedia uses. 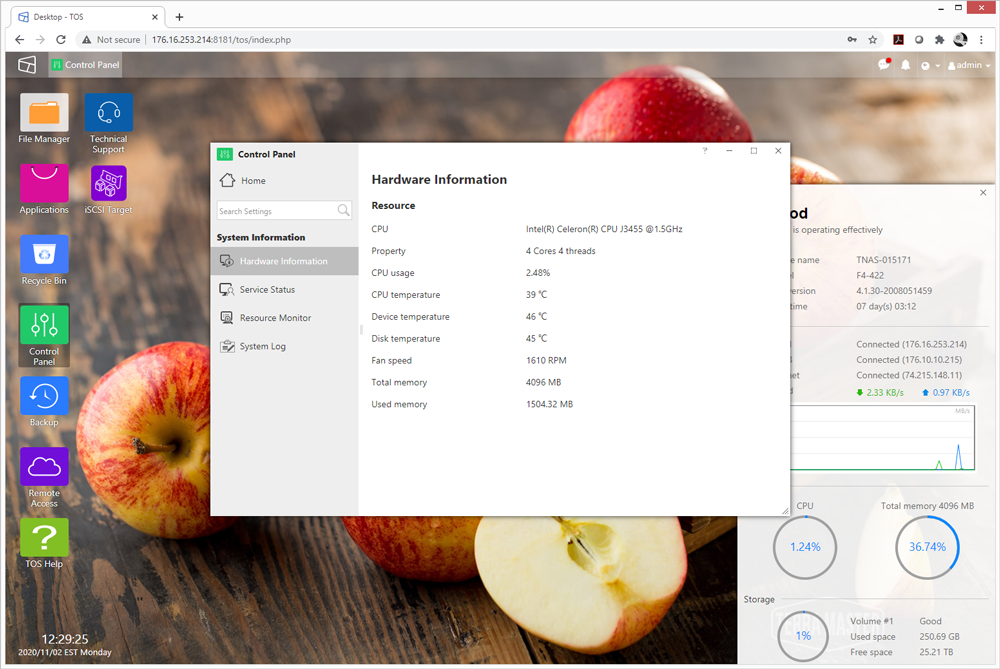 Aside from the above users can also access both EXT 4 and Btrfs file systems, a slew of backup options, various popular cloud drives, and the ability to synchronize across them, multiple download tools, and now a multi-functional integrated mobile App, the TNAS mobile app. 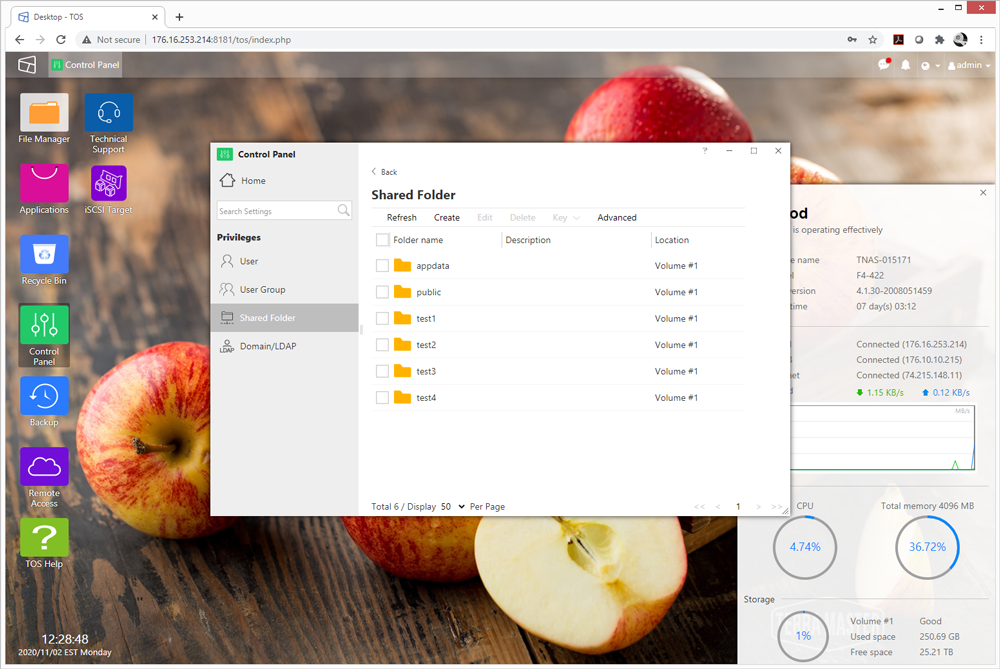 The TerraMaster F4-422, through the TOS OS, gives users access to several popular enterprise applications as well as hundreds of other popular free apps through its app store. 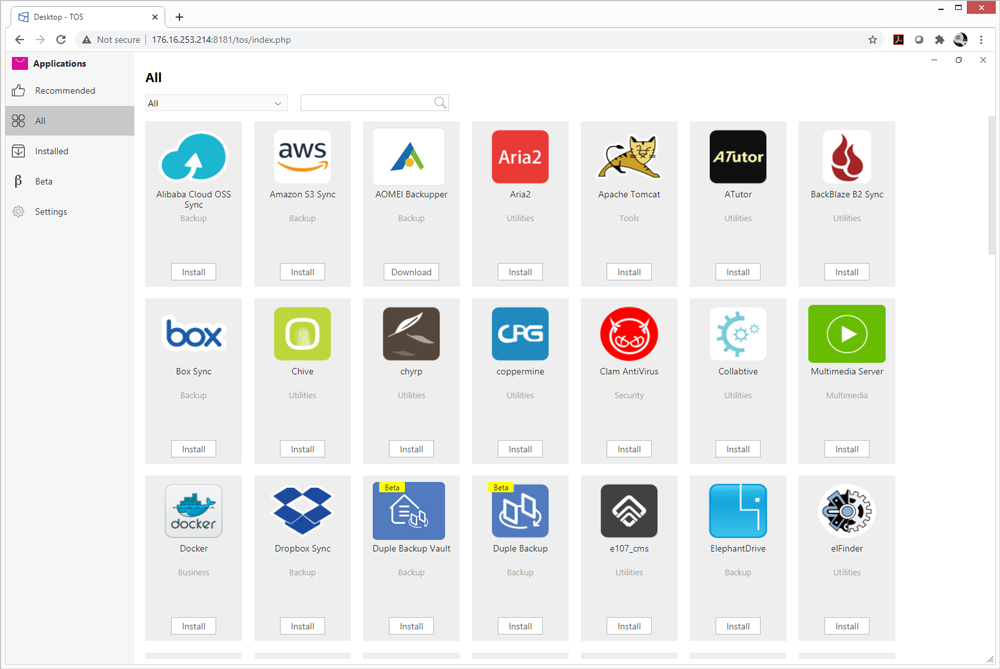 For our testing, we configured the TerraMaster F4-422 in RAID6 using four WD Red 14TB HDDs in both SMB and iSCSI configurations. For networking, we leveraged our Netgear M7100 10G Switch.

Compared to the fixed 16 thread, 16 queue max workload we performed in the 100% 4K write test, our mixed workload profiles scale the performance across a wide range of thread/queue combinations. In these tests, we span workload intensity from 2 thread/2 queue up to 16 thread/16 queues. In throughput, the SMB configuration went from 280 IOPS to 1,125 IOPS and iSCSI ranged from 234 IOPS to 979 IOPS before dropping off some. 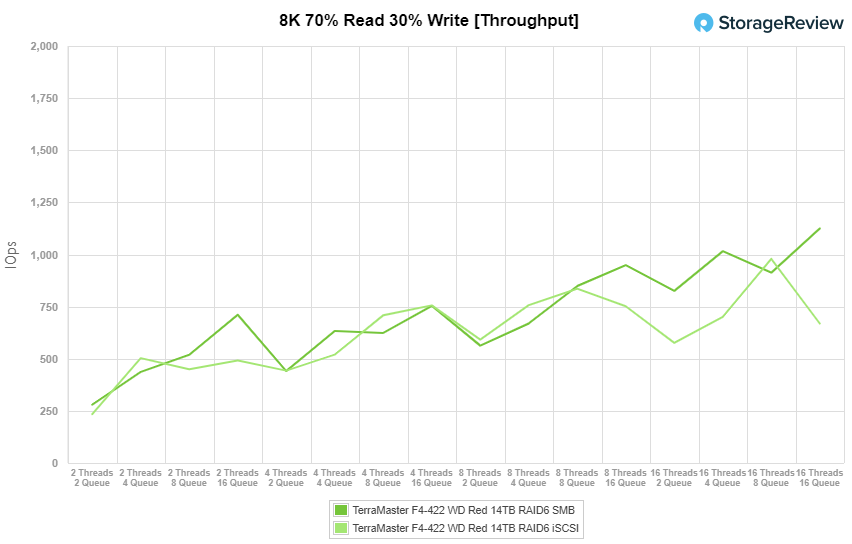 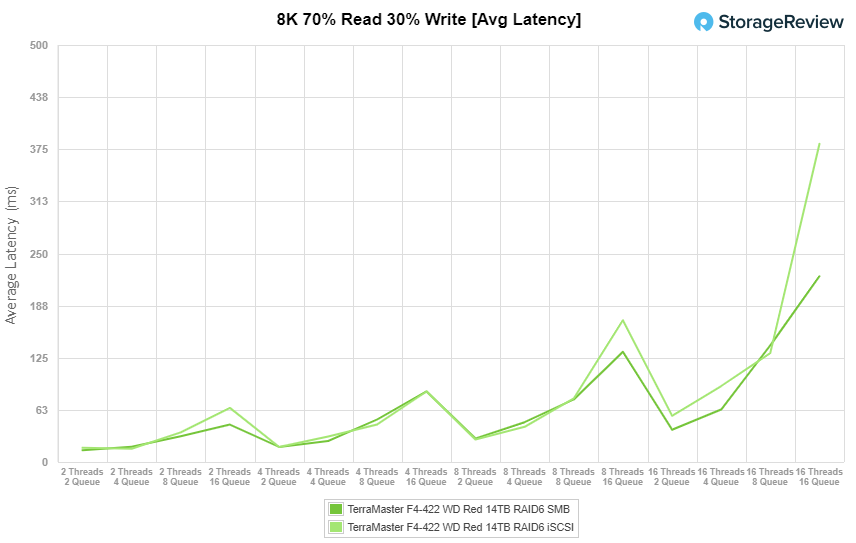 The last synthetic benchmark is our 128K test, which is a large-block sequential test that shows the highest sequential transfer speed for a device. In this workload scenario, the SMB configuration saw 277MB/s read and 268MB/s write. With iSCSI we saw the NAS get close to its quoted performance with 652MB/s read but only 96MB/s write.

The TerraMaster F4-422 is dubbed a high-speed NAS by the company. It is outfitted with a quad-core processor and 10GbE onboard connectivity to deliver on its quoted 670MB/s speeds. The 4-bay NAS can go up to 80TB in capacity and fits SATA HDDs and SSDs. The NAS comes with the company’s TOS for management that supports multiple file services and multimedia setups like Emby and Plex. The built-in app store gives users access to hundreds of free apps as well as popular enterprise applications.

Overall the TerraMaster F4-422 NAS offers decent performance for a smaller NAS on some tests, however, it really has poor latency. For NAS technology in 2020, using quality HDDs, to have over a minute of latency on a 4K test is lackluster to say the least. The company would also do itself a huge favor with an update to TOS. The easier it is to leverage an OS and GUI the more likely it is for new customers to adopt it.