The VAVA SSD Touch is a nice looking portable SSD that touts security. The little drive offers up to 2TB of storage and claims speeds up to 540MB/s read. The VAVA is aimed at those looking for a secure way to transfer their larger files.

The VAVA SSD Touch is a nice looking portable SSD that touts security. The little drive offers up to 2TB of storage and claims speeds up to 540MB/s read. The VAVA is aimed at those looking for a secure way to transfer their larger files. 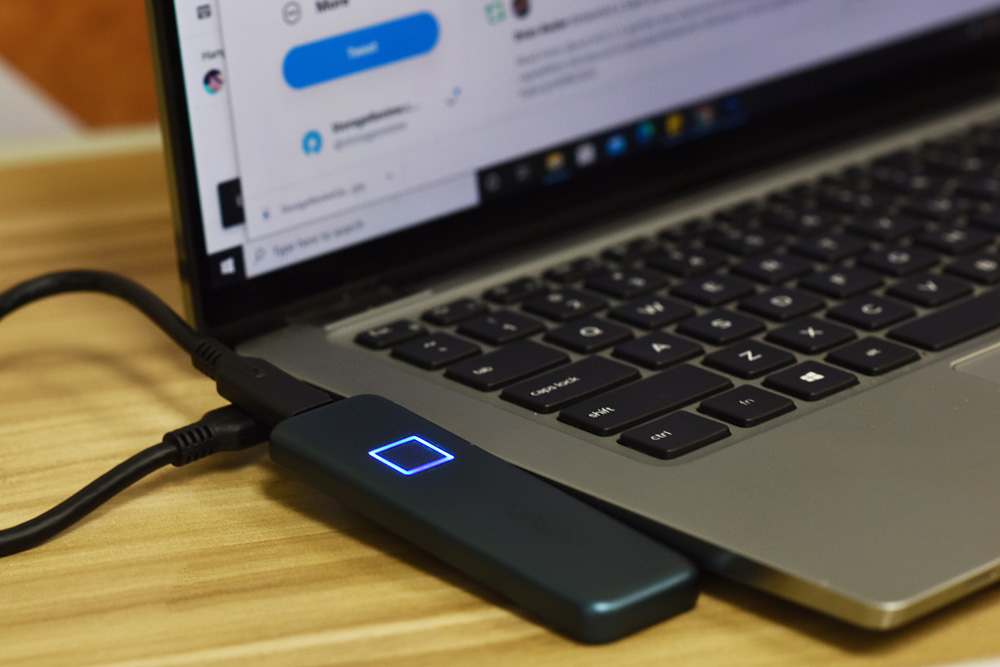 The VAVA SSD offers security in either the optional fingerprint reader or through user-generated passwords. The device can store up to 10 fingerprints to make it a useful addition to collaborative projects. The drive leverages AES 256-bit encryption as well. The device is shock and drop resistant (up to four feet).

The VAVA SSD Touch is a nice-looking little drive that looks good sitting next to Macs or PCs. The top of the drive has branding and the fingerprint reader. Around the reader is an LED that glows blue while in use, blinks blue during data transfer and blinks red when there is an issue. 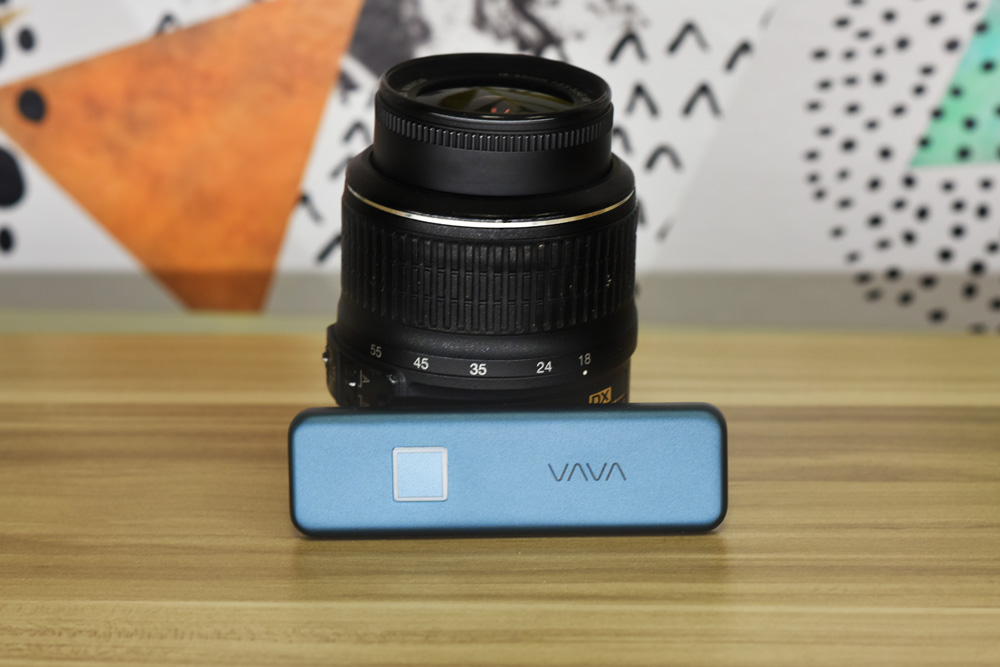 There is one USB-C port on the side and a semi-reflective bottom. 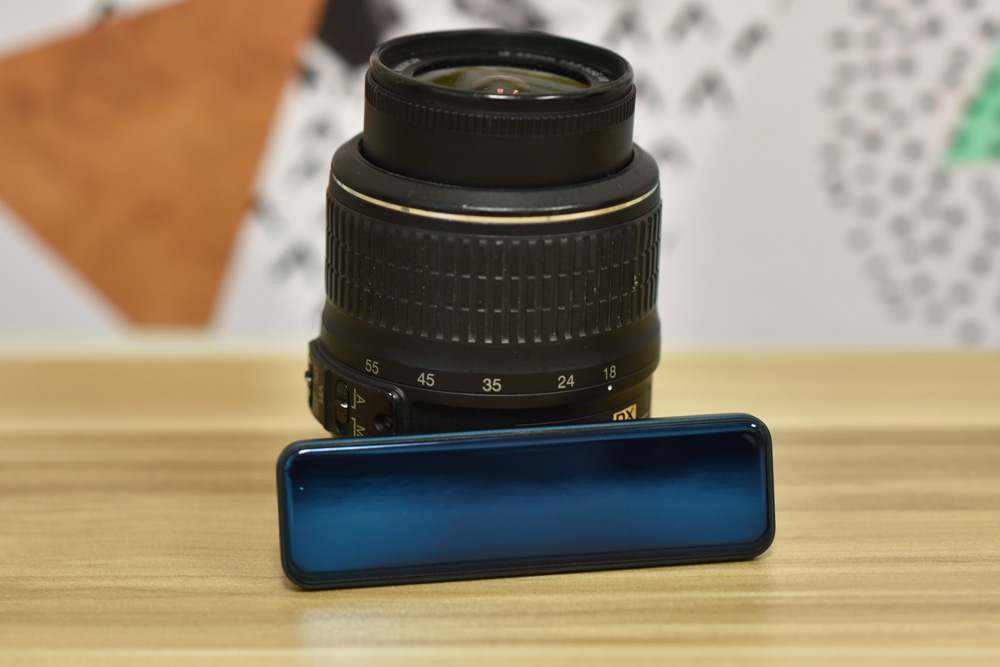 While the device is said to work out of the box for PC or Mac we could not get it to work with Adam’s old Mac mini (though the computer is old and grumpy like its user). Switching over to Windows the software worked just fine. The main screen lets Identifies the drive, allows us to safely eject it, and allows us change the settings. 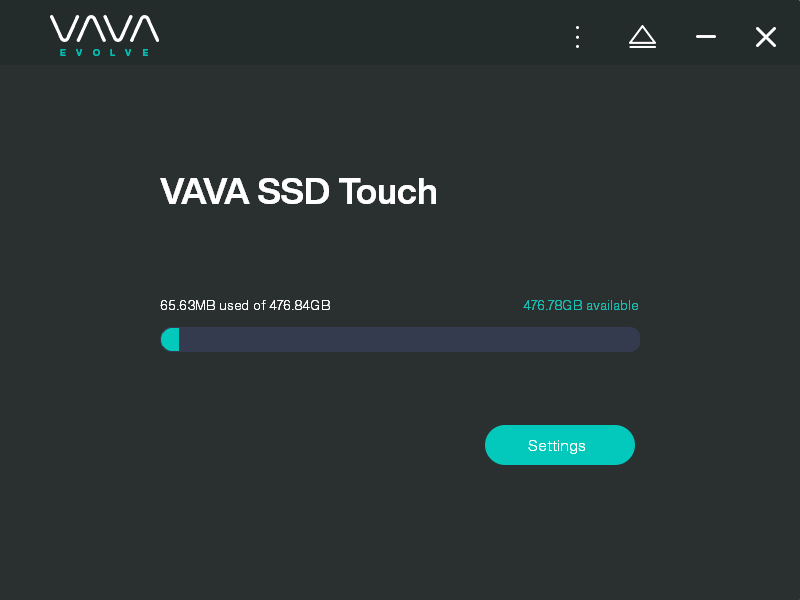 Under setting we see the drive ships with security mode disabled and we can turn it on here. 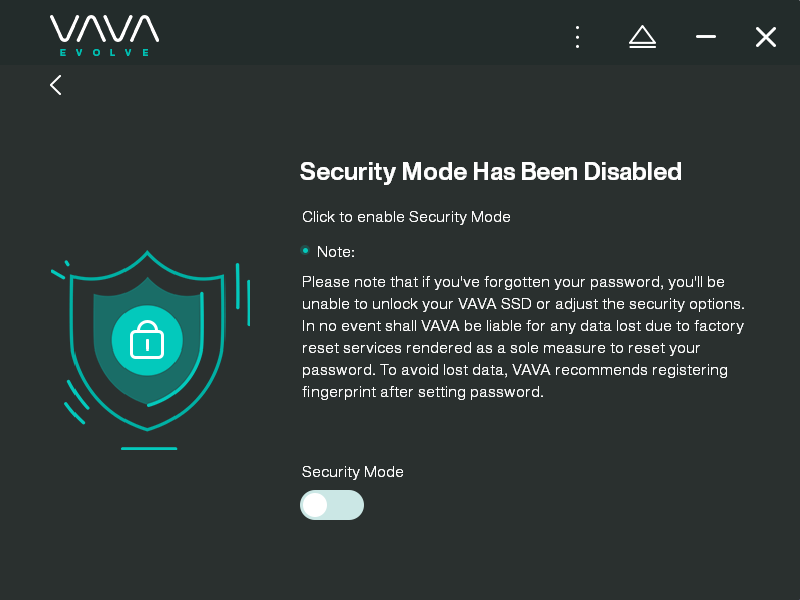 Once we turn it on, we need to set up a password, re-enter it, and set up a hint. 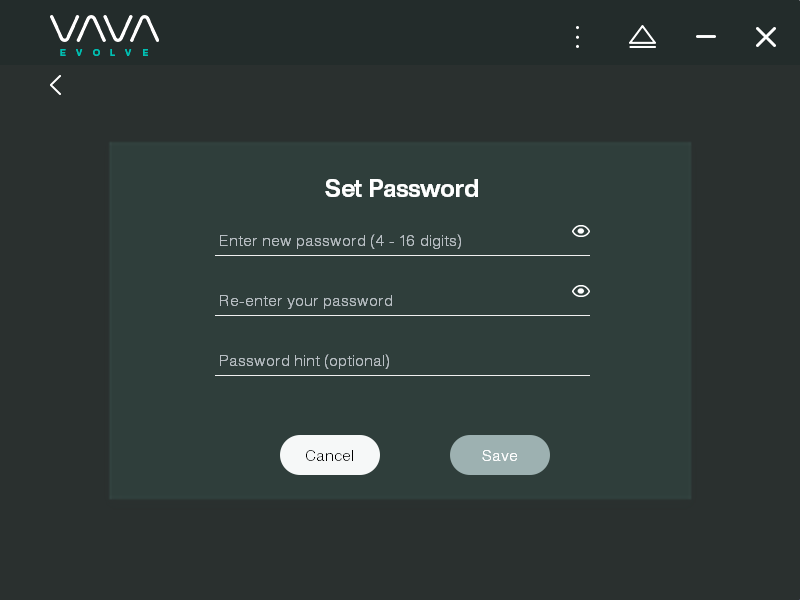 After security mode is on and a password has been set we can setup the fingerprint. Going through settings once more there is now an open for setting up a fingerprint. Press Get Started and the wizard will walk the user through. 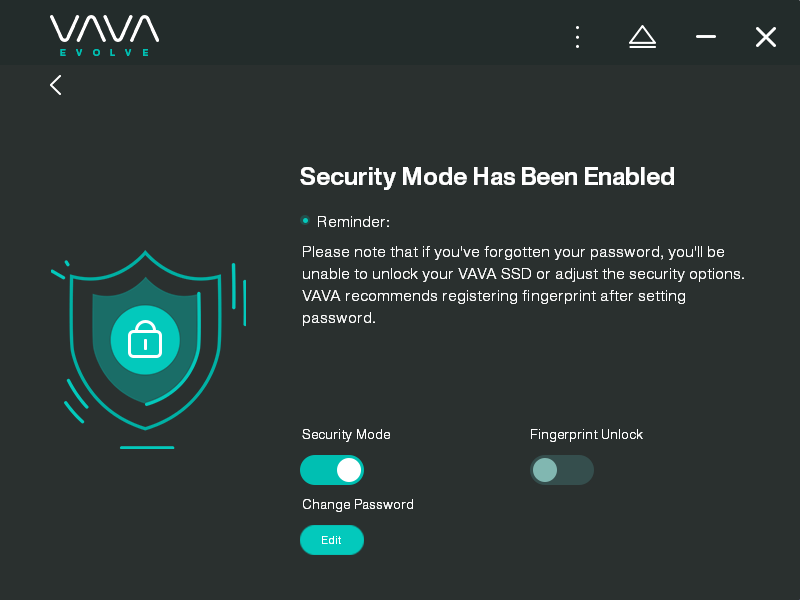 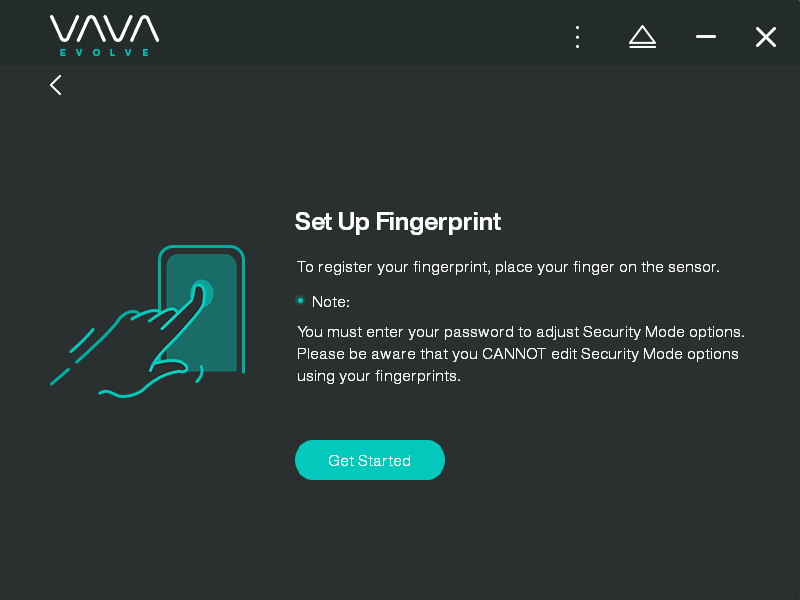 From here one needs to put their finger over the reader a few times to make sure it can read it correctly. We made about six or seven attempts to get it to read. 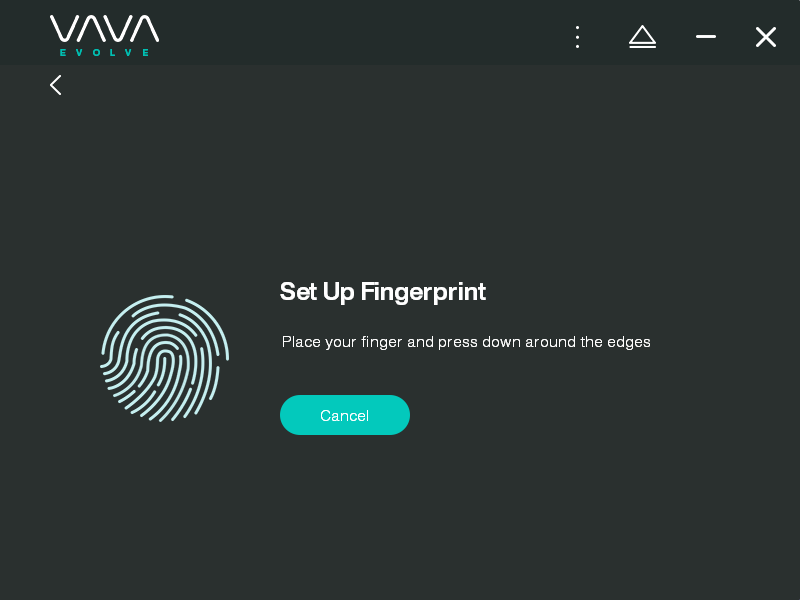 When it works users get a success screen where they can be finished or add up to nine more fingerprints. 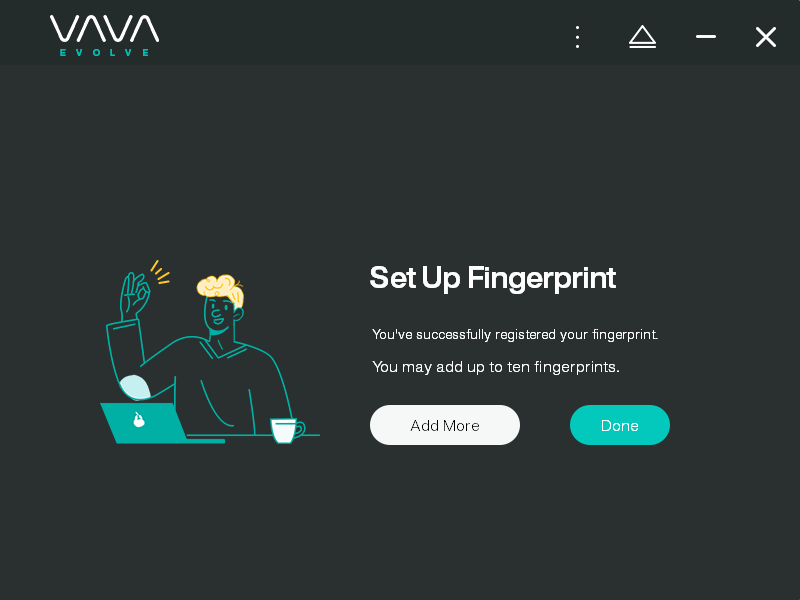 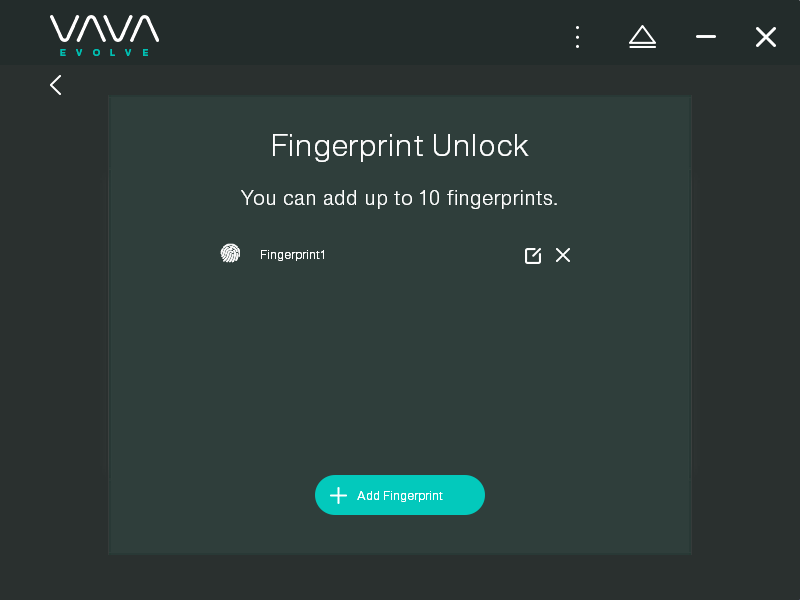 To gauge the performance of the VAVA SSD Touch, we tested the portable drive using the BlackMagic software on a gen-1 MacBook Air and IOMeter on a Lenovo ThinkCentre M90n Nano. 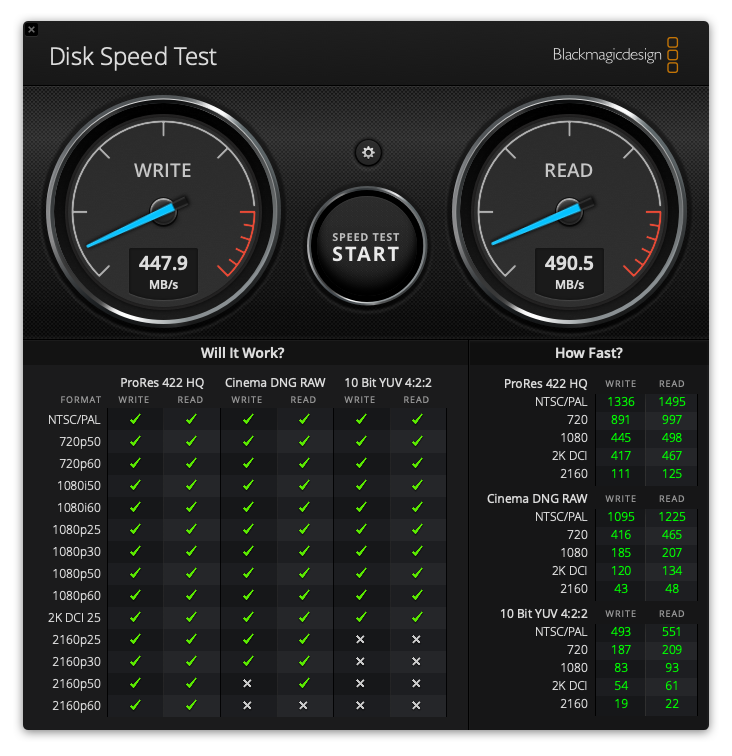 The VAVA SSD Touch is a stylish little portable SSD. Small enough to easily slip into a pocket and sturdy enough to absorb a shock if it falls out of said pocket. The drive has a fingerprint reader for extra security. Users can have up to 10 fingerprints programed to use the device in a collaborative setting. If users want to skip the fingerprint reader, they can setup a password instead. The drive quotes speeds as high as 540MB/s.

From a usability side, the software that comes with it is intuitive and easy to use. We couldn’t get it to work on an old Mac but it set up super easy on Windows. It only took a few minutes to setup a password and the first fingerprint. The fingerprint reader took several tries but that could have been the user.

The VAVA SSD Touch is a nice-looking portable drive that brings ample performance and high security. If one is working on a project and needs security for several people, this is an ideal choice.