USB Drives come in every shape and color imaginable, but few offer much that’s unique and productive to end users. While the Verbatim Tuff ‘N’ Tiny has a silly name, the product itself boasts several useful features like dust and water resistance, capacities up to 16GB and a package that’s smaller than two dimes.

USB Drives come in every shape and color imaginable, but few offer much that’s unique and productive to end users. While the Verbatim Tuff ‘N’ Tiny has a silly name, the product itself boasts several useful features like dust and water resistance, capacities up to 16GB and a package that’s smaller than two dimes. 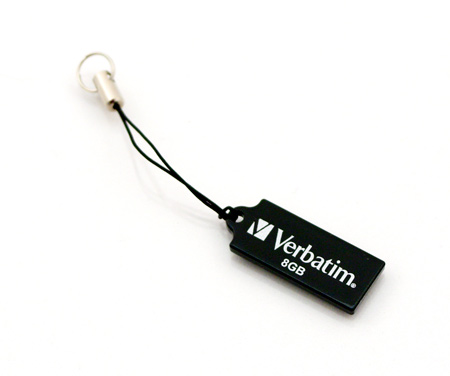 The Tuff ‘N’ Tiny comes in four capacities, 2GB, 4GB, 8GB and 16GB, and several colors. Our review unit is an 8GB model in black.

The design Verbatim used doesn’t get much simpler. There are no moving pieces and no caps – in short, there’s nothing to this drive, at least, externally. 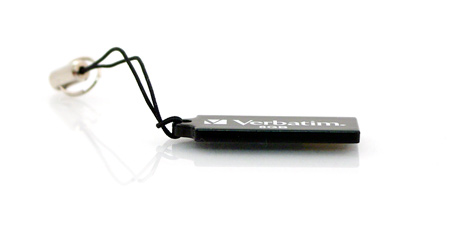 There is of course a hole in the top, that’s designed to be used with the included lanyard. With the lanyard, the drive actually goes great on a key chain. I’ve been toting our review unit around that way for a month. It’s surprisingly convenient, as I rarely carry a USB drive in my pocket, but I always have my keys. Having the drive around at all times is surprisingly convenient. 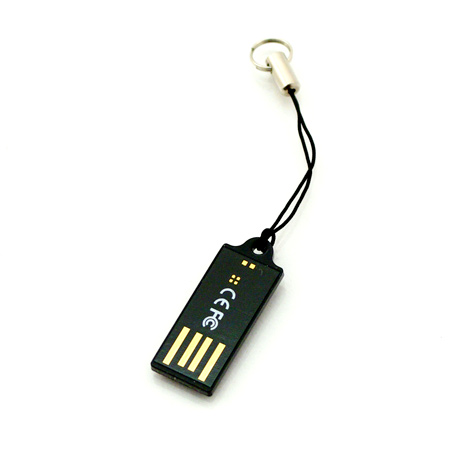 Using the Tuff ‘N’ Tiny can be tricky until you get the hang of it. First off, it needs to be inserted pins up, or to the side, depending on the orientation of the USB port. That’s a little counter-intuitive, a few people I handed the drive to went at it with the top facing up, meaning the drive of course wasn’t recognized. It’s not a big deal, but if you put the drive in and the computer can’t find it, that’s why.

The other thing is the drive is obviously much smaller than the USB port, so there’s not a natural guide to slip it in. Again, this isn’t a problem after you get used to it, just worth noting.

Perhaps the "worst" problem is that the drive is so small that once inserted into a USB drive, it’s hard to see the darn thing and even harder to remember it’s there sometimes. Especially the one with the black case. As a result, I recommend leaving it attached to something, like keys, so it doesn’t get left behind, or buy it in bright orange.

The drive is built well, the construction is sturdy and while Verbatim doesn’t call it rugged, the case is both dust and water resistant. We ran the drive under water, rubbed it in the dirt and bashed it a little with a small hammer just to see how it would hold up. It’s also been riding with my keys for a month, being subjected to the normal jostling and so on. After this review period we’ve noticed the drive no worse for the wear.

Perhaps the best thing about the Verbatim Tuff ‘N’ Tiny is that it’s not just an interesting package, the drive performs as well. When compared to a mainstream Lexar drive, the Tuff ‘N’ Tiny performs better across the board. In fact the numbers look so good, it bests Lexar’s enterprise USB drive in some cases, trailing closely behind in the others. These results are actually pretty surprising, given the 16GB Tuff ‘N’ Tiny costs a touch of $40 at retail. 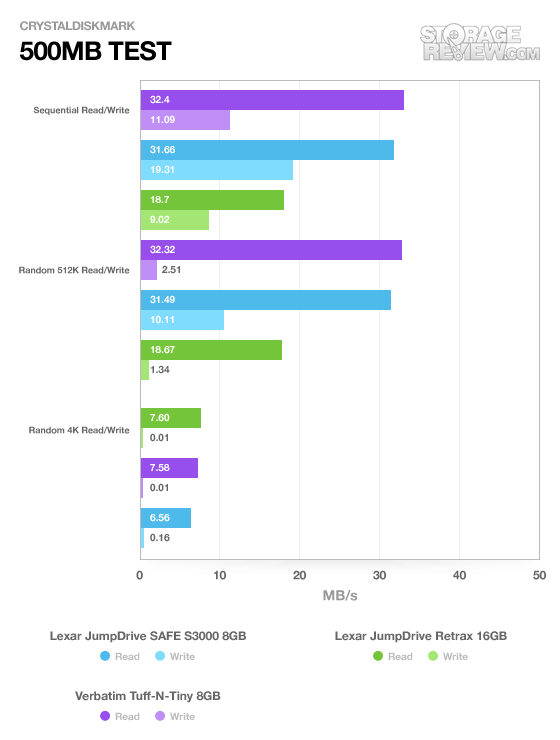 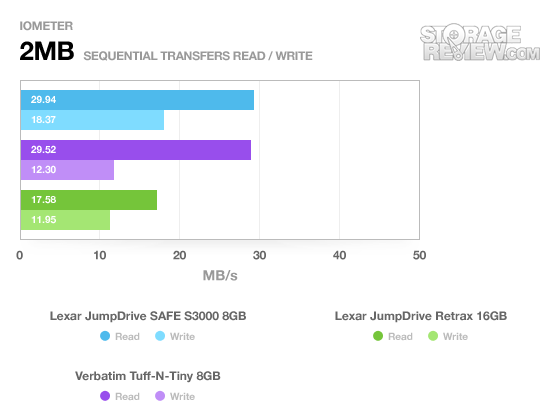 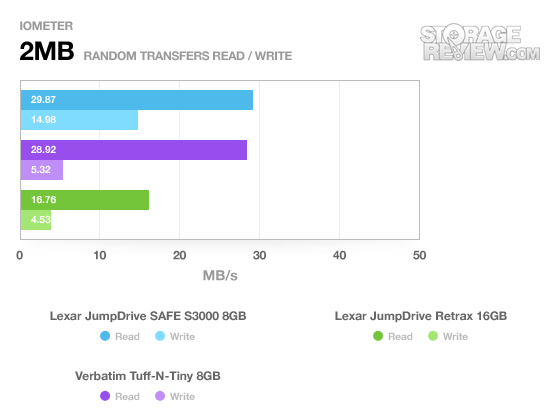 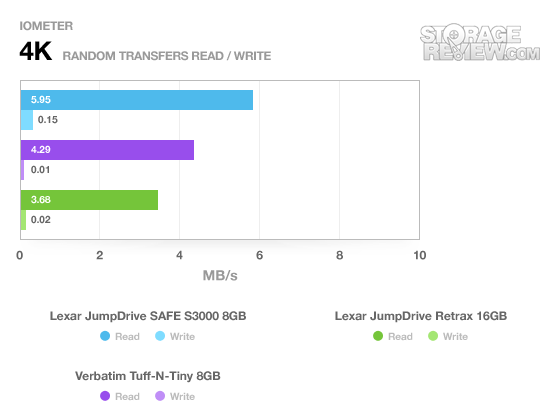 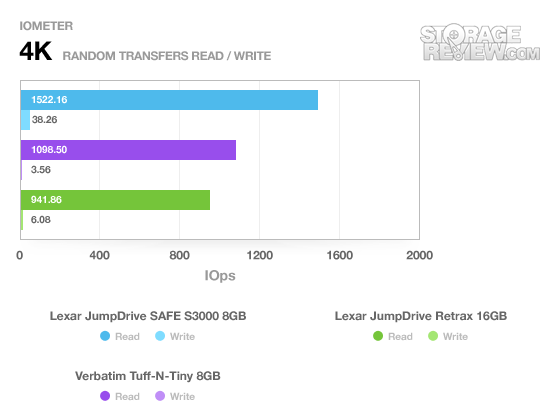 Verbatim went with a minimalist approach in terms of extras for the Tuff ‘N’ Tiny. They’ve included the lanyard and of course the drive works in ReadyBoost mode for Windows and supports Windows passwords. That’s it though, no extra backup software, etc. Which in some ways, is actually refreshing. For a mainstream consumer USB drive like this, we favor the keep it simple approach.

While we haven’t put dozens of flash drives through our testbed yet, we can say that this one is a winner and worth considering if you’re shopping for a small and simple USB Drive.

The Verbatim Tuff ‘N’ Tiny name is a little silly, but it’s true – the drive is in fact tough and tiny. It’s also affordable and fast, offering a terrific combination of features and value.