For those not familiar with vSAN, it is VMware’s hyper-converged infrastructure optimized for vSphere that leans toward storage. In other words, vSAN is a step on the software-defined data center building blocks that aims to make storage and storage management simple while delivering better performance. vSAN is typically sold through a certification program known as VMware vSAN ReadyNodes that are a combination of certified hardware combined with VMware software. Most of the major server vendors offer ReadyNode configurations and some also offer vSAN as an appliance.

Similar to the ReadyNode idea is Intel’s Select Solutions. Intel Select Solutions are verified hardware and software stacks that follow the requirements laid out by Intel. The solutions delivered to market by major server vendors have to be able to either replicate or exceed benchmark performance outlined by Intel and they have to have detailed deployment guides for customers. The setup we are using for this review falls into this category, specifically it is an Intel Select Solution for VMware vSAN. As the name implies, the solution is specifically designed for VMware environments.

The Intel Select Solution for VMware vSAN comes in two configurations: a “Base” and a “Plus.” Our configuration sits somewhere in the middle of these configurations; it is basically a Base configuration with upgraded CPUs. With Optane SSDs for the write tier, our systems are designed to meet the latency demands of business-critical applications. 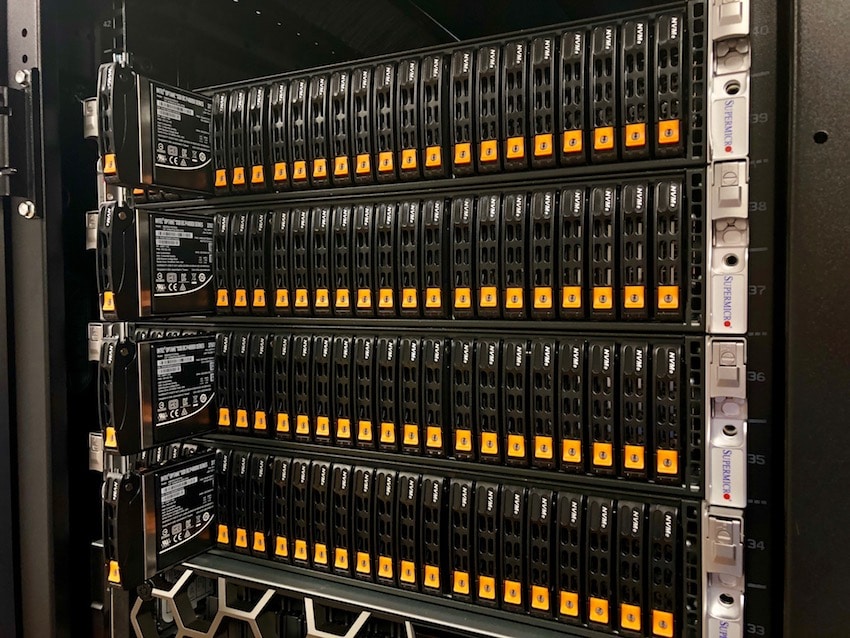 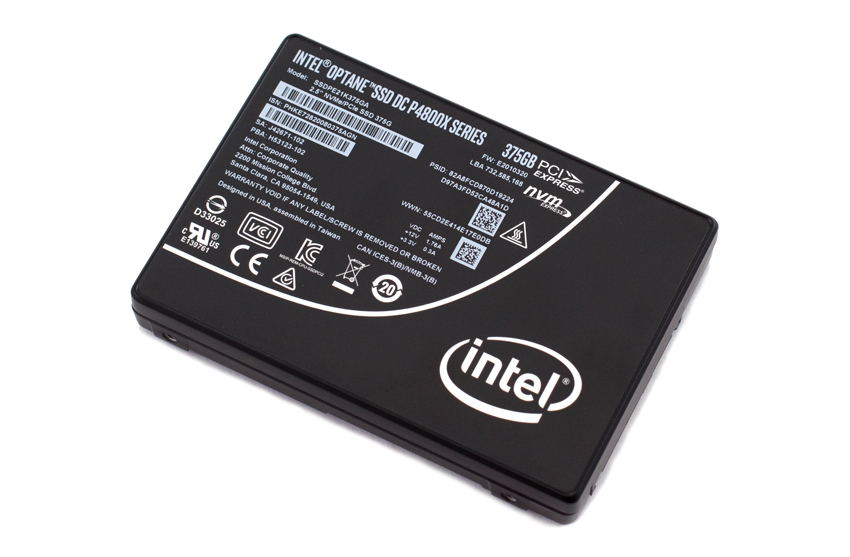 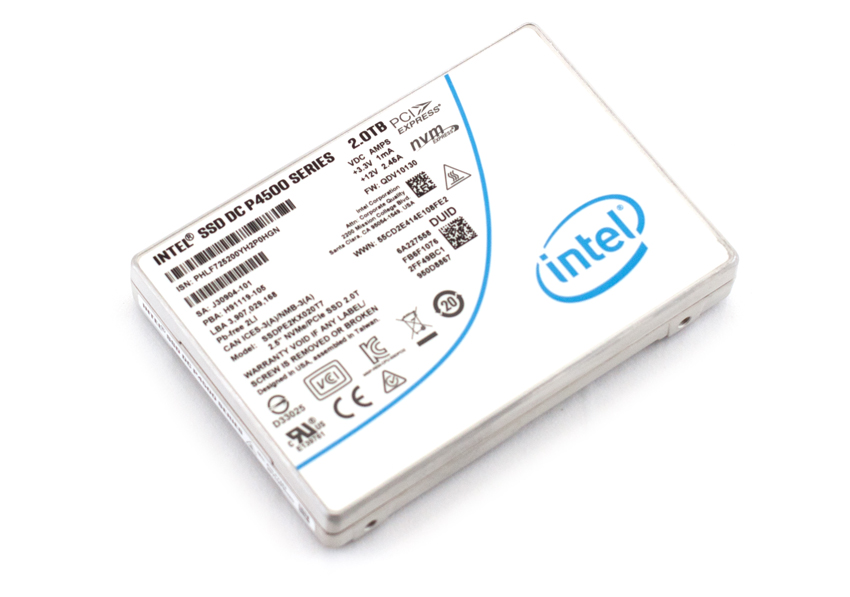 For the SQL Server TPC-C test, the variable we pay the most attention to is average latency. Small gaps in transactional performance won’t show the full story. In our average latency test, the AF Optane had an aggregate score of just 16.5ms with individual VMs ranging from 14ms to 21ms. With DR on the Optane version only jumped to 17ms for aggregate with 13ms to 21ms latency for individual VMs. This is a big improvement over the non-Optane vSAN with an aggregate score of 52.5ms without DR and 261ms with DR on.

For Sysbench average latency, the Optane-based vSAN was really able to shine with aggregate scores of 23.95ms and 29.62ms with DR on. This is compared to the non-Optane’s 60.05ms and 71.05ms with DR on. In both cases the Optane had less than half the latency.

Average 99th percentile latency again showed the Optane-based vSAN to be dramatically faster with aggregate scores of 42.9ms and 55.63ms with DR on compared to the non-Optane’s 126.02ms and with DR on, 212.42ms.

With 4K random write the Raw rode the 1ms line but stayed under it until about 150K IOPS and peaked at 202,081 IOPS with a latency 8.4ms. The DR made it to about 114K IOPS with sub-millisecond latency and peaked at 183,947 IOPS with 1.43ms latency before dropping off sharply in performance and spiking in latency.

VDI FC Initial Login had the Raw start off near 1ms and pass it quickly going on to peak at 153,513 IOPS with 5.6ms latency before a slight drop off. The DR peaked earlier at roughly 68K IOPS and 5.3ms latency before dropping in performance and spiking in latency.

Finally, with look at VDI LC Monday Login, the Raw made it until around 35K IOPS before breaking 1ms and peaking at 101,997 IOPS with a latency of 4.65ms. With DR, the peak was about 47K IOPS at 1.82ms latency before the performance dropped off.

VMware’s hyper-converged storage solution comes in many shapes and forms; this particular iteration uses four Supermicro 2029U-TN24R4T+ servers for compute. For storage, this version of vSAN leverages both Intel Optane in the form of Intel Optane P4800X SSDs and NVME storage in the form of Intel P4500 SSDs. This particular build is part of Intel’s new Select Solutions, particularly Intel Select Solutions for VMware vSAN. It can be thought of as a vSAN ReadyNode that is certified by both VMware and Intel in order to hit the necessary performance metrics.

The inclusion of Optane SSDs clearly has a great impact on write performance for vSAN. This is even considering the drives are only 375GB, and vSAN supports 600GB capacity for the write-tier drives. So it’s possible we could eek out a little more write performance there by having larger drives. There’s also quite a bit of upside potential for these Intel configs, as faster interconnects are qualified and more aggressive RAM and CPU configs are used like in the Plus options. Intel also has faster/better drives available now for the read tier; the P4510 was a substantial improvement over the P4500. Point being, rather than take this data as the best Optane can do, this data is more about setting the baseline for midrange server configs that have plenty more to give, should the occasion call for it. It’s also important to consider that vSAN is well positioned to continue to benefit from new storage and server technology as it comes to market–something that’s much more difficult for traditional appliance vendors to accomplish.

However, the takeaway is clearly that as vSAN has matured, VMware has been smart to get at the forefront of emerging technology like Intel Optane SSDs. This gives vSAN a significant edge in terms of what performance can look like in the HCI market. While many HCI solutions are happy to meet the needs of ROBO use cases that have moderate performance profiles, vSAN continues to seek out the best partners to create solutions that are equally happy at the edge as they are laying the foundation for what next-generation datacenters look like in the SDDC world. Optane-based vSAN clusters are extremely well suited for the latter, offering the best possible write latency for all application workloads.