We continue our DDR5 memory reviews with XPG Lancer RGB DDR5, a high-performance kit from ADATA. It runs slightly faster than the DDR5-4800 standard, at DDR5-5200, and advertises tighter timings than most kits we’ve seen. Its RGB lighting effects aren’t to be missed, either.

We continue our DDR5 memory reviews with XPG Lancer RGB DDR5, a high-performance kit from ADATA. It runs slightly faster than the DDR5-4800 standard, at DDR5-5200, and advertises tighter timings than most kits we’ve seen. Its RGB lighting effects aren’t to be missed, either. 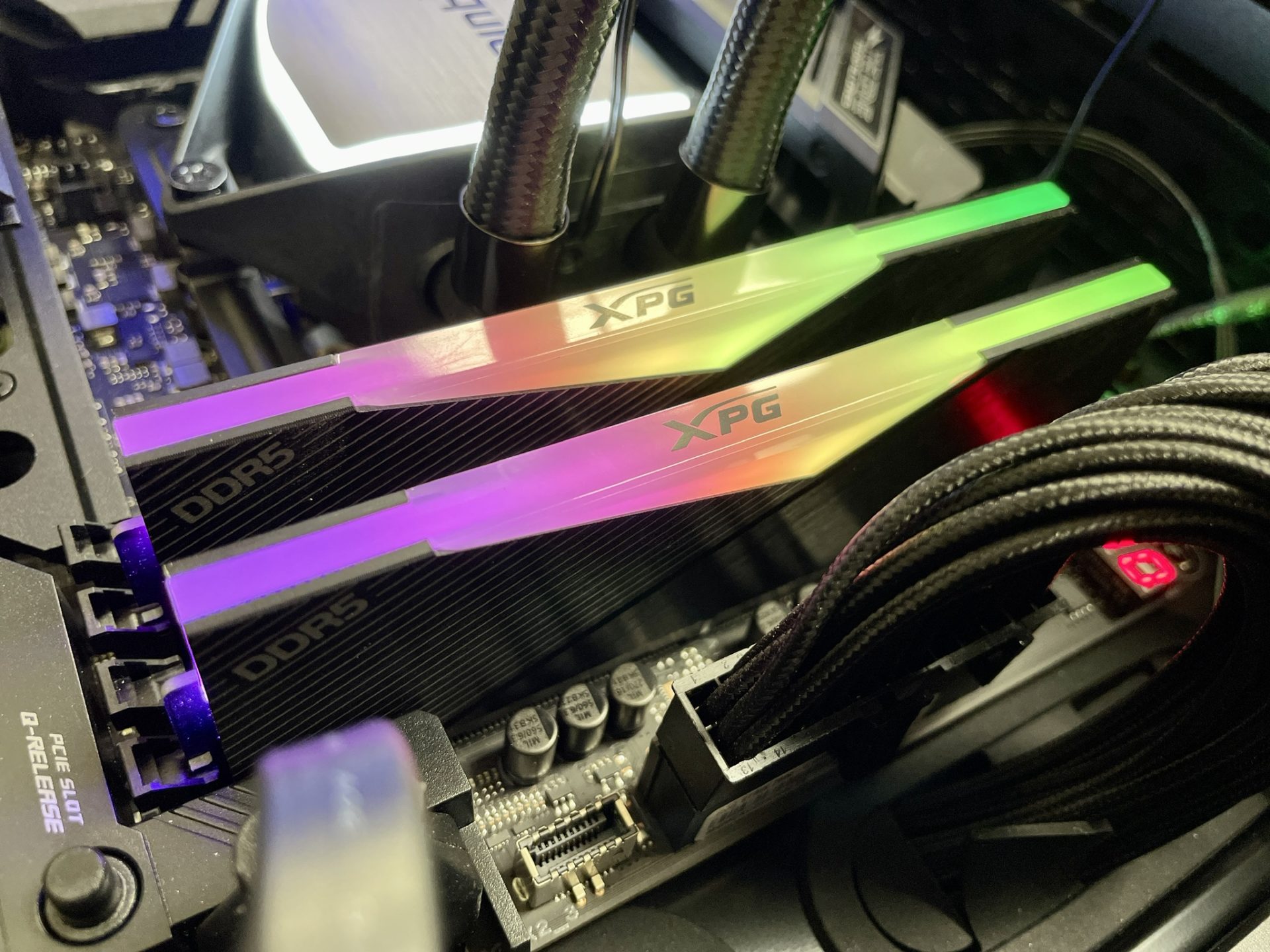 DDR5 is the new memory standard for mainstream PCs as of late 2021, offering higher memory bandwidth and potentially lower power consumption than DDR4. It’s not going to replace DDR4 right away and is currently used in only high-end platforms due to its comparatively high cost.

XPG Lancer RGB DDR5-5200 is high-performance memory since it runs at a higher frequency than the DDR5-4800 standard. Its price reflects that; a 32GB DDR5-4800 kit from XPG’s parent company, ADATA, goes for about $260 on Amazon. 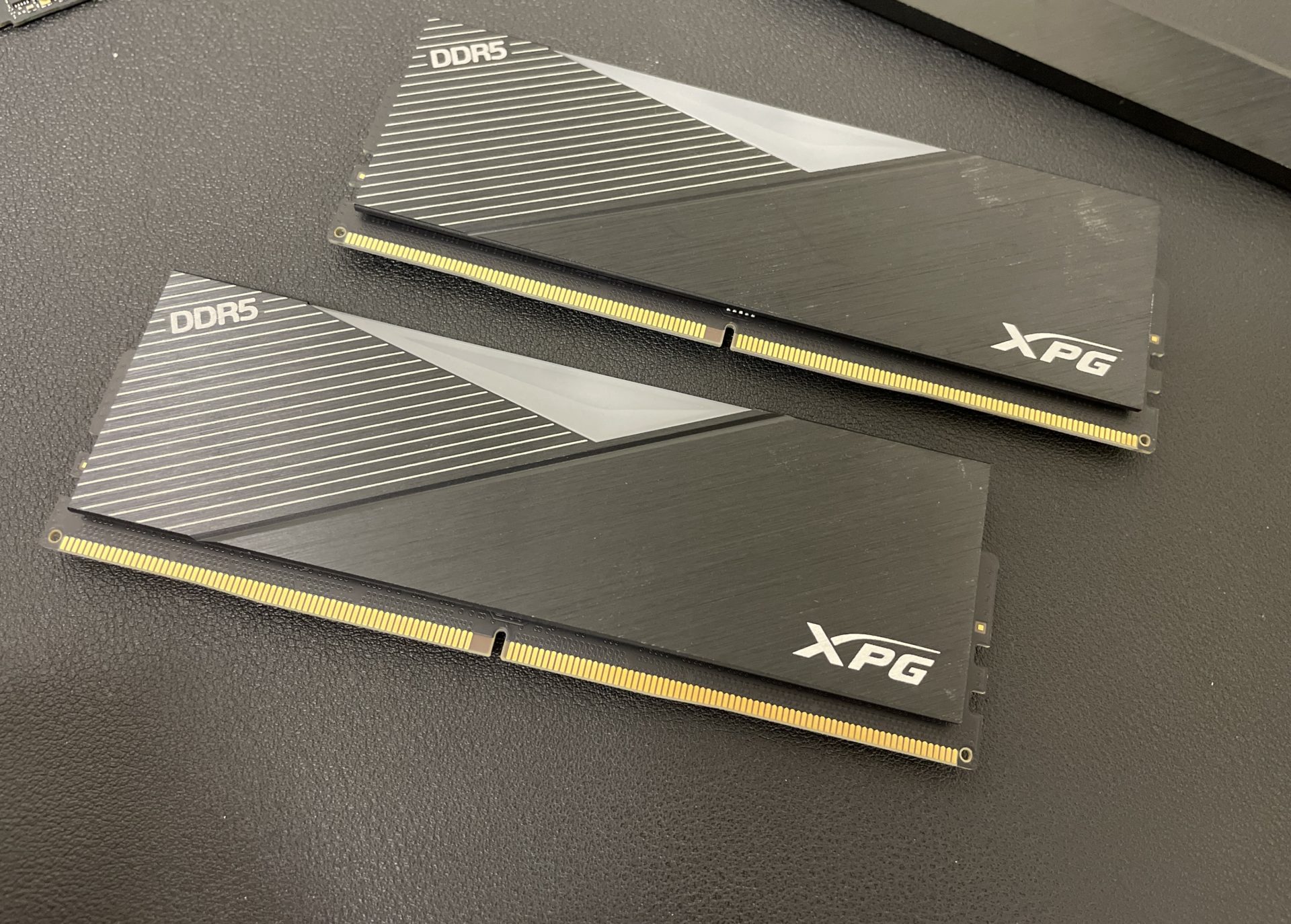 The XPG kit backs up its performance aspirations with attractive aluminum heat spreaders. We’re testing the black version, but they also come in white. Its built-in RGB lights are an easy way to show this memory in a windowed case. The lights can be controlled using the apps that come with most motherboards.

Installing XPG Lancer RGB DDR5 is just as easy as DDR4. Both DDR4 and DDR5 use 288-pin DIMMs, though a different notch position makes it impossible to install DDR5 memory in a DDR4 slot and vice versa. 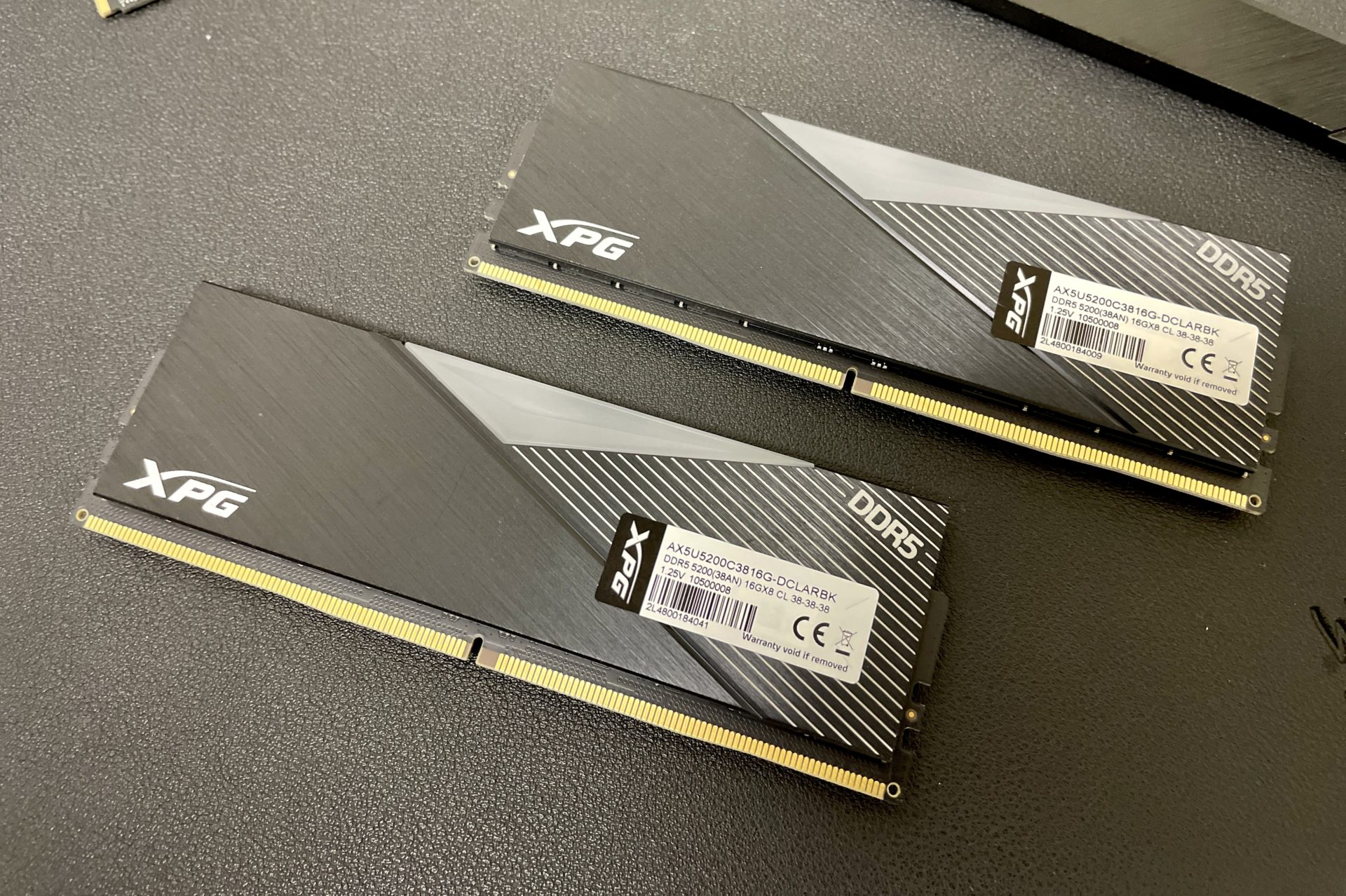 The full specifications of the XPG Lancer RGB DDR5-5200 memory are as follows. (Also see this memory on XPG’s website.)

We use our self-built StorageReview desktop to test DDR5 memory. It has the following specifications:

The XPG Lancer RGB DDR5-5200 kit reviewed here is two 16GB modules (32GB) total. We benchmarked it at its rated DDR5-5200 speed both with and without its XMP II profile engaged. Its timings are as follows:

As expected, engaging the XMP II profile tightens up the timings versus our motherboard’s default settings. The other kits we are using for comparison include:

Comparisons will be somewhat inexact because the kits aren’t all the same capacity or speed. That said, it will still be possible to infer whether the XPG kit’s high frequency and relatively low latency separate it from the others.

We start with the popular SiSoftware Sandra 2021 suite. Higher numbers are better in all subtests. The DDR5-5200 tests are first, both with and without XMP II profiles engaged. We are leaving the Corsair kit out of this since it can’t run at DDR5-5200.

The XPG’s memory bandwidth numbers are slightly better, especially with XMP II engaged; its best showing was 62.945GB/s. Overall, though, calling the XPG kit definitively faster than the others would be too much of a stretch.

Immediately, we see the XPG kit offers significantly higher memory bandwidth thanks to its higher frequency; with XMP II, it achieved 62.945GB/s versus the 58.801GB/s for the Kingston kit and 54.403GB/s for the Corsair kit (which was running at DDR5-4400). The higher frequency also allowed the XPG kit to enjoy the lowest latency.

The excellent 7-Zip file archive tool has a handy built-in compression benchmark. We ran 10 passes using a 128MB dictionary size and all 24 CPU threads of our Core i9-12900K; higher numbers are better.

As we’ve come to expect in this benchmark, the total ratings tend to smooth out the differences between kits. The compression sub-scores show the significant differences, where the XPG kit shined. In XMP II, its resulting rating was 99.257 GIPS compared to the Team Group’s 98.142 GIPS and the Kingston’s 97.934 GIPS.

Now for how the XPG DDR5-5200 kit performs against the Kingston kit downclocked to DDR5-4800 and the Corsair Vengeance.

Focusing on the compression scores, the XPG kit expectedly scored better across the board, thanks to its higher frequency. With XMP II engaged, its resulting rating of 99.257 GIPS far outpaced the Kingston’s 93.905 GIPS and the Corsair’s 90.932 GIPS.

XPG Lancer RGB DDR5 is the fastest DDR5-5200 kit we’ve tested to date. Its aggressive timings helped it achieve best-in-class benchmark scores next to kits from Kingston and Team Group. The differences weren’t massive and likely won’t be noticeable day to day, so we wouldn’t recommend spending significantly more for this kit for that reason, but it’s the sensible pick if the prices are close.

We also demonstrated that the XPG kit at DDR5-5200 has noticeable bandwidth and latency advantages over DDR5-4800, DDR5-4400, and DDR5-4000. Those investing in Intel Core i9 or AMD Ryzen 9 systems will be able to squeeze more performance out of them with faster memory.