Supermicro has announced Universal GPU modular servers, which will allow users to configure systems for their specific applications and workloads, giving them the choice of mixing and matching components like GPUs, CPUs, and memory. This includes dual-processor configurations using either 3rd generation Intel Xeon Scalable or 3rd generation AMD EPYC processors.

Supermicro has announced Universal GPU modular servers, which will allow users to configure systems for their specific applications and workloads, giving them the choice of mixing and matching components like GPUs, CPUs, and memory. This includes dual-processor configurations using either 3rd generation Intel Xeon Scalable or 3rd generation AMD EPYC processors.

Supermicro Universal GPU is a part of the company’s Total IT Solutions, which now expands its HPC market to a range of industries with Total IT Solutions. With it, Supermicro indicates that it can deliver complete lower-cost, rack-level solutions faster to not just scientific research organizations but also to enterprise customers in many different industries, including manufacturing, life sciences, and energy exploration, as HPC and AI converge. 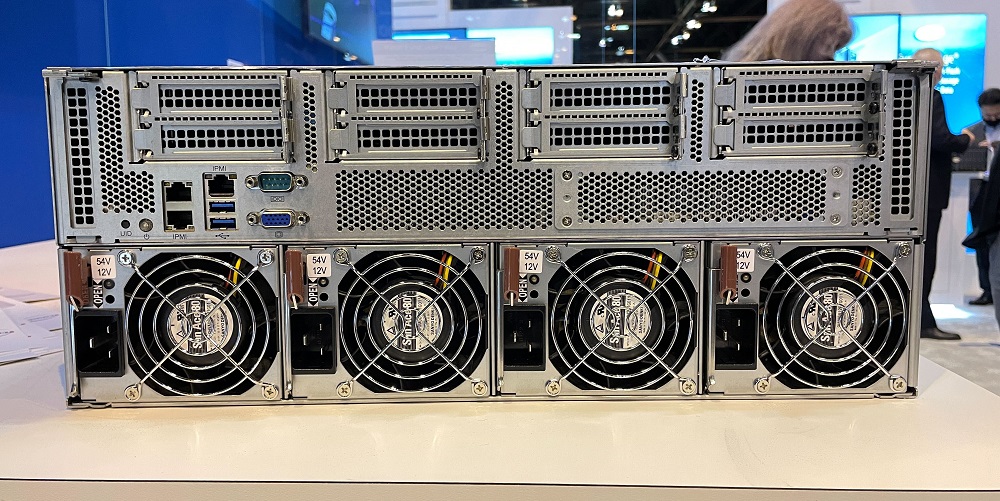 Supermirco’s Universal GPU system allows system administrators to standardize HPC/AI systems in their clusters so they can achieve the desired workloads on a versatile and flexible single platform. The company has optimized this system for a range of GPUs, including both the new AMD Instinct MI200 series accelerators and NVIDIA A100 GPUs. 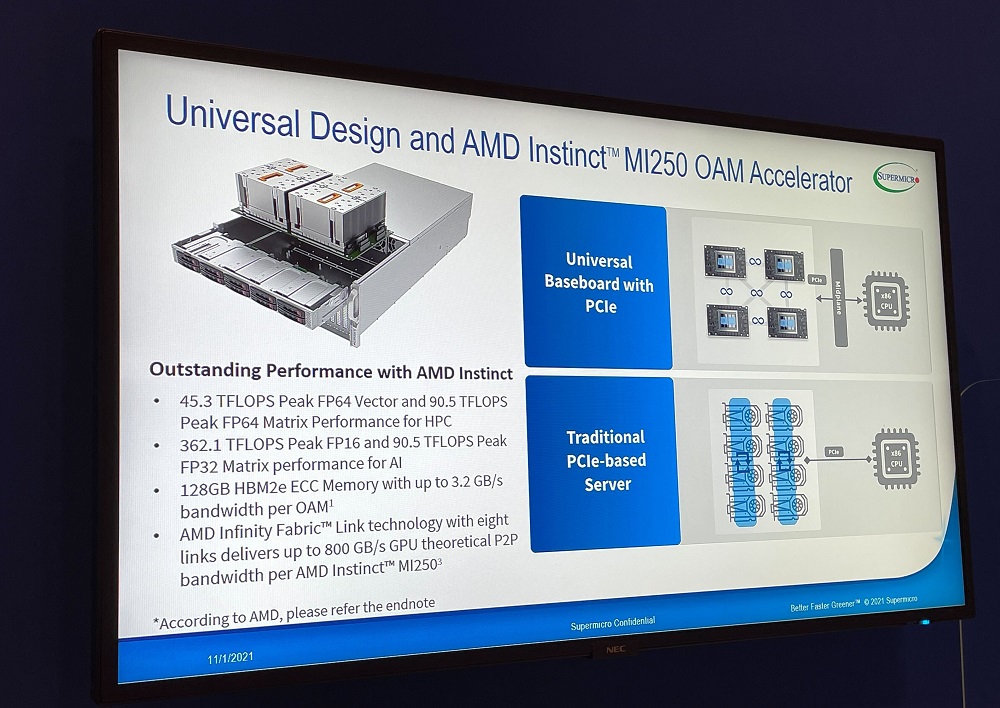 The new modular system focuses on being future-proof as well. For example, if you need to have eight GPUs, you can use the PCIe form factor and have each of them associated with a high-speed NIC to allow for a range of different use cases. While you will see deployments mainly in the HPC space, university and AI environments will also be able to leverage the vast amount of power the new Universal GPU systems can deliver. Being highly flexible, there are other use cases that this platform would be ideal for that Supermicro might not even have thought about. 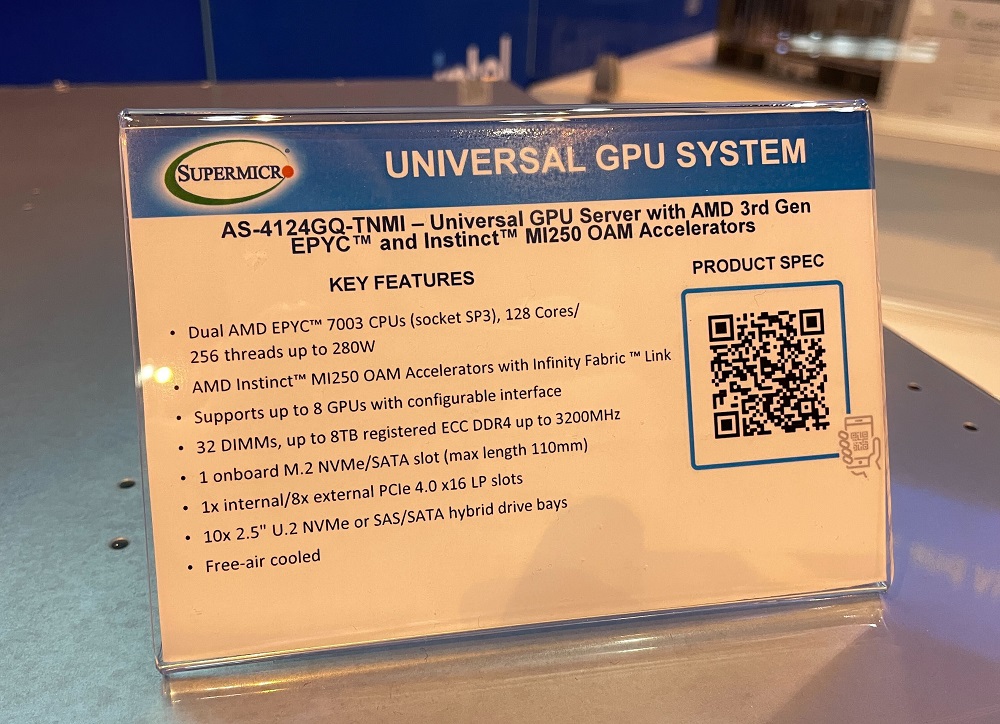 Though Supermicro continues to leverage efficient air-cooling for their systems, liquid cooling is now a possible option. This type of cooling is most effective for high-performing servers, including both their Supermicro SuperBlades and the new Universal GPU servers that contain the latest CPUs and GPUs. As such, the new Supermicro manufacturing facilities are now able to manufacture entire liquid-cooled clusters, which will be tested at scale before they are shipped to customers.

Moreover, Supermicro indicates that is continuing its work with various partners to create energy-efficient HPC systems. The Preferred Networks MN-3 Core Server (optimized for Intel Xeon CPUs) has recently been ranked first in energy efficiency on the Green 500 list. 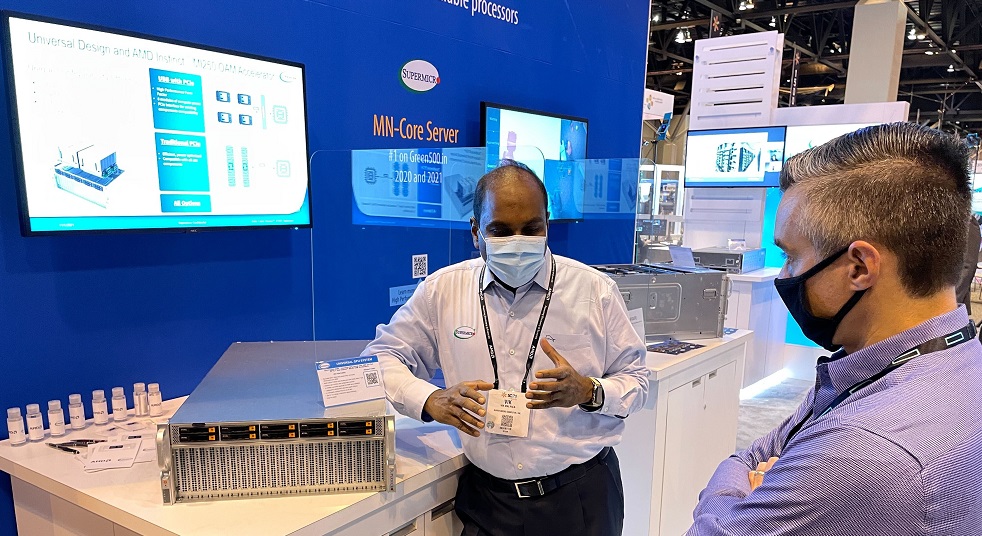 Being able to mix and match a specific set of GPUs, CPUs, NIC cards, and memory configurations with the Universal GPU system is a significant milestone for the company. There’s also going to be a range of these coming out in different platforms that will be supported (e.g., different baseboards, etc.), making this a highly flexible and powerful solution to look out for over the coming months and years.