Systems running VMware vSAN have outpaced other HCI vendors consistently and continue to grow at a higher rate, making it the most adopted HCI software on the market today. More than 30,000 customers and over 80% of Global 2000 have adopted VMware vSAN for their HCI solution.

VMware vSAN, a software-defined storage solution supporting hyperconverged infrastructure, is integrated into VMware vSphere as a distributed software layer within the ESXi hypervisor. As organizations migrate to a hybrid-cloud model, VMware vSAN HCI offers the flexibility to utilize both on-prem and cloud architectures, reducing costs in hardware and taking advantage of existing experience without the need for retraining support and development staff. 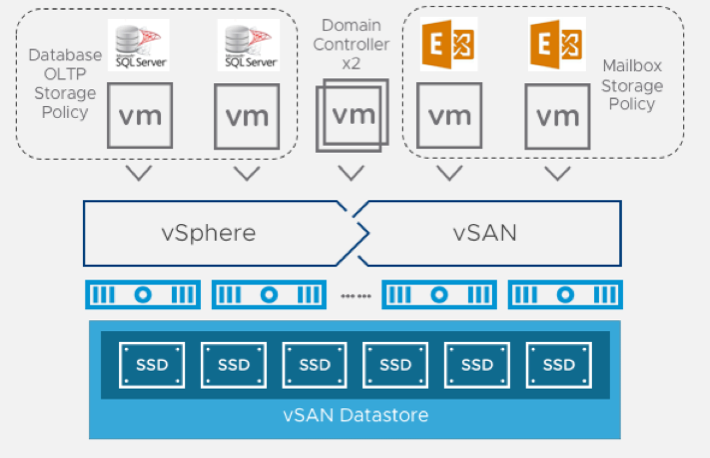 HCI solutions powered by VMware consist of a single, integrated platform for storage, compute, and networking that builds on the foundation of VMware vSphere and VMware vSAN incorporating vCenter Server as a unified, extensible management solution.

vSAN integrates with the entire VMware stack, including features such as vMotion, HA, DRS, etc. VM storage provisioning and day-to-day management of storage SLAs can be controlled through VM-level policies set and modified on the fly. vSAN delivers enterprise-class features, scale, and performance, making it the ideal storage platform for VMs. 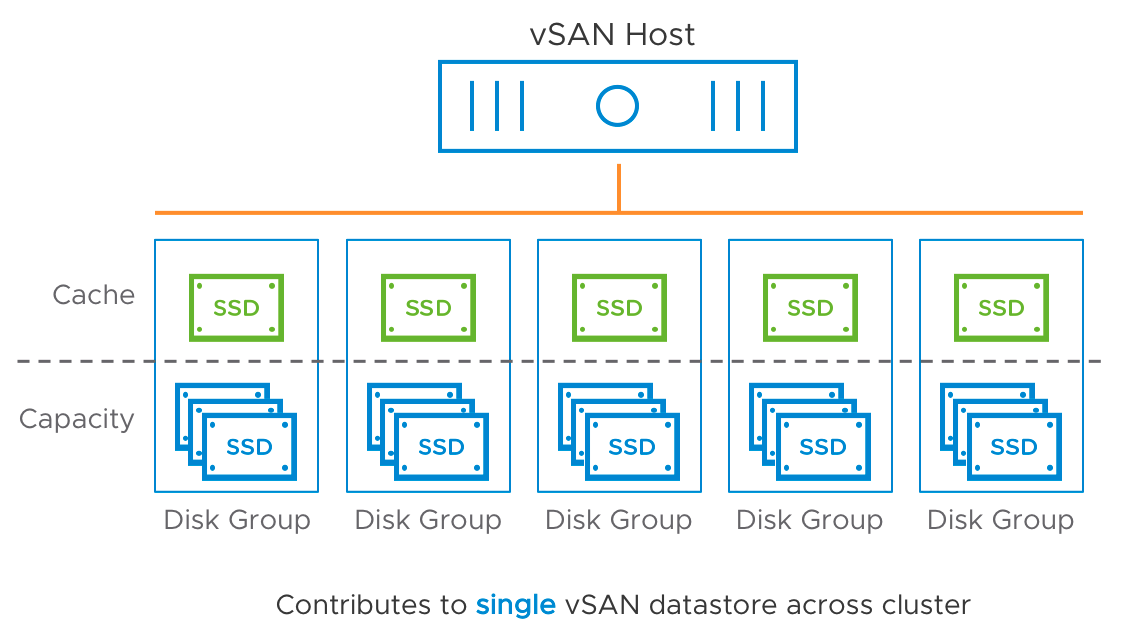 An early entry, native encryption for HCI is delivered through vSphere and vSAN. A highly available control plane is built-in to minimize risk without sacrificing flash storage efficiencies. VMware continues to add features to the vSAN architecture focusing on security, cost, and performance.

vSAN is the clear leader based on this data, closing in on nearly a billion in quarterly revenue. This is despite vSAN only seeing modest updates over the past year or two. While still important to VMware, vSAN tends to be obfuscated as a product in VMware’s marketing strategy. VMware often leads with solutions-based marketing around things like Kubernetes where vSAN may be involved but isn’t the lead story.

Nutanix has shown some growth as well, which is interesting as Nutanix is in the midst of a massive leadership overhaul. The new team is still going in and we won’t see their impact for some time as a result. But it must be said that if nothing else, Nutanix has been resilient, and is still a leading vSAN alternative.

Another interesting note is that Cisco and HPE are both sliding. Cisco is having limited success with their HyperFlex system, folding it in with their cloud-consumption model approach. HPE is fighting through some challenges as they try to consolidate their many HCI and storage offerings into the Alletra platform.

Unfortunately, one of our favorites from a performance perspective, Microsoft Azure Stack HCI, doesn’t get a line of its own due to IDC methodology. IDC only tracks the new Azure Stack HCI OS (discussed on this podcast), not any HCI that was sold on Server 2019 or 2016.

Solidigm Is Borne Out Of SK hynix’s Intel NAND Acquisition