A few months ago, Crucial came out with the Crucial X6 Portable SSD. This was a nice-looking, Type-C portable drive that worked just fine in our tests, however, it was limited by only a cap of 2TB capacity. Crucial has now released the 4TB Crucial X6 for those that need a bit more space to store their files in a small, stylish body.

A few months ago, Crucial came out with the Crucial X6 Portable SSD. This was a nice-looking, Type-C portable drive that worked just fine in our tests, however, it was limited by only a cap of 2TB capacity. Crucial has now released the 4TB Crucial X6 for those that need a bit more space to store their files in a small, stylish body. 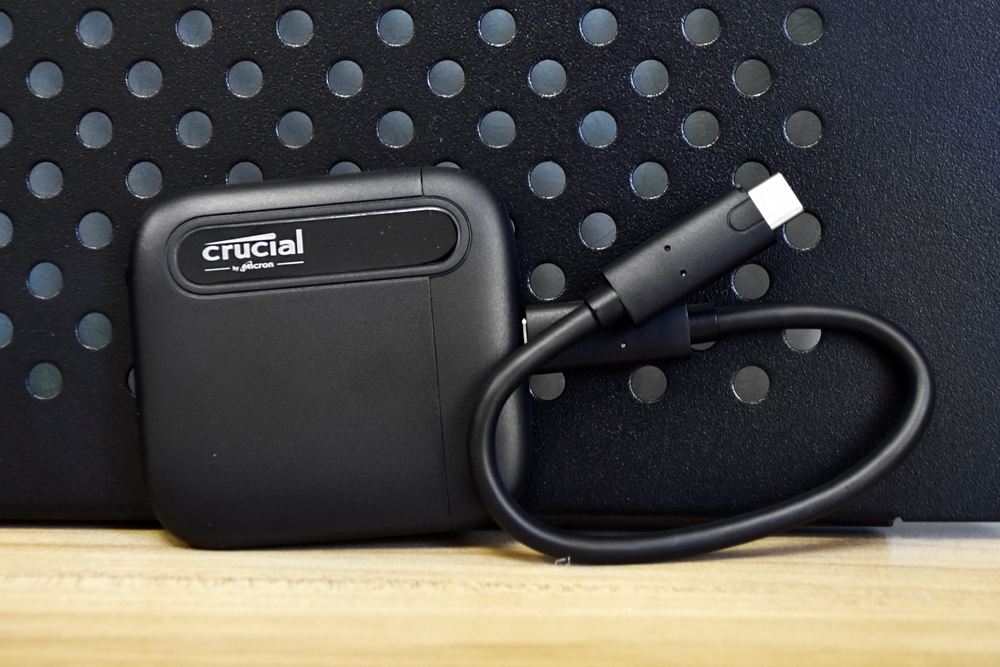 Considering we’ve already reviewed the product, and weren’t exactly falling over ourselves to recommend it, why review another one? One reason is our morbid curiosity to see how different capacities in the same family compare performance-wise (and we typically do this at launch when possible, example here). Another, specific to this case, is that the product has a much higher quoted speed and it is nice to put that to the test. The 4TB version of the Crucial X6 has sped up to 800MB/s versus the 2TB we previously tested that topped out around 540MB/s. 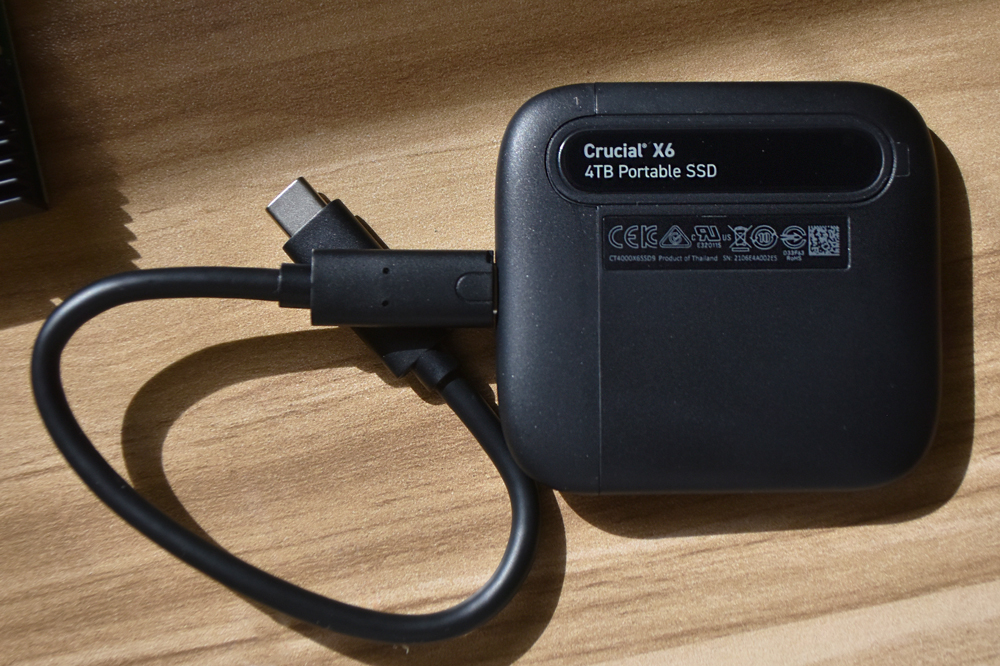 Aside from the speed, everything else is pretty much the same. The drive is drop-proof up to 6.5 feet and is resistant to shock, vibration, and extreme temperatures. The X6 is compatible with all of the recent USB-C technology, including Windows, Mac, iPad Pro, and Android devices. Those who need support with the PS4 or Xbox One (and other USB-A devices) will need to purchase a USB-C to USB-A adapter separately.

The Crucial X6 Portable SSD promises 4TB of capacity for under $500 and currently, that is the case. Like the other capacity, this one too comes with a 3-year warranty.

The overall design is just the same with it weighing slightly more. Lyle did a nice write-up in the original review. 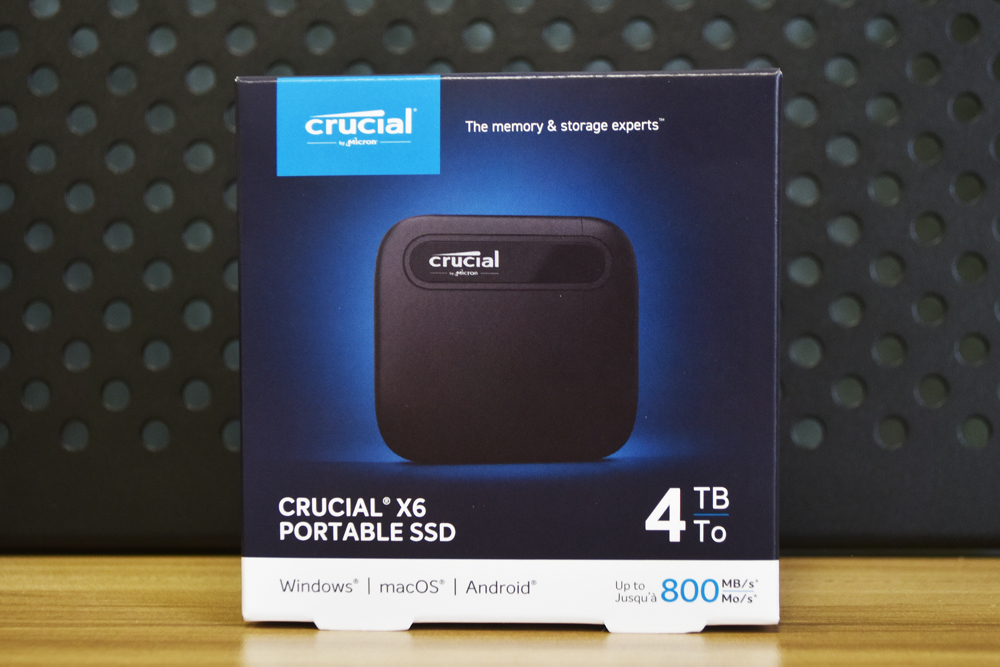 To gauge the performance of the Crucial X6, we tested it via Blackmagic software and IOMeter, both on a Lenovo P520. We also compared it to the following recent USB 3.1 compatible drives: 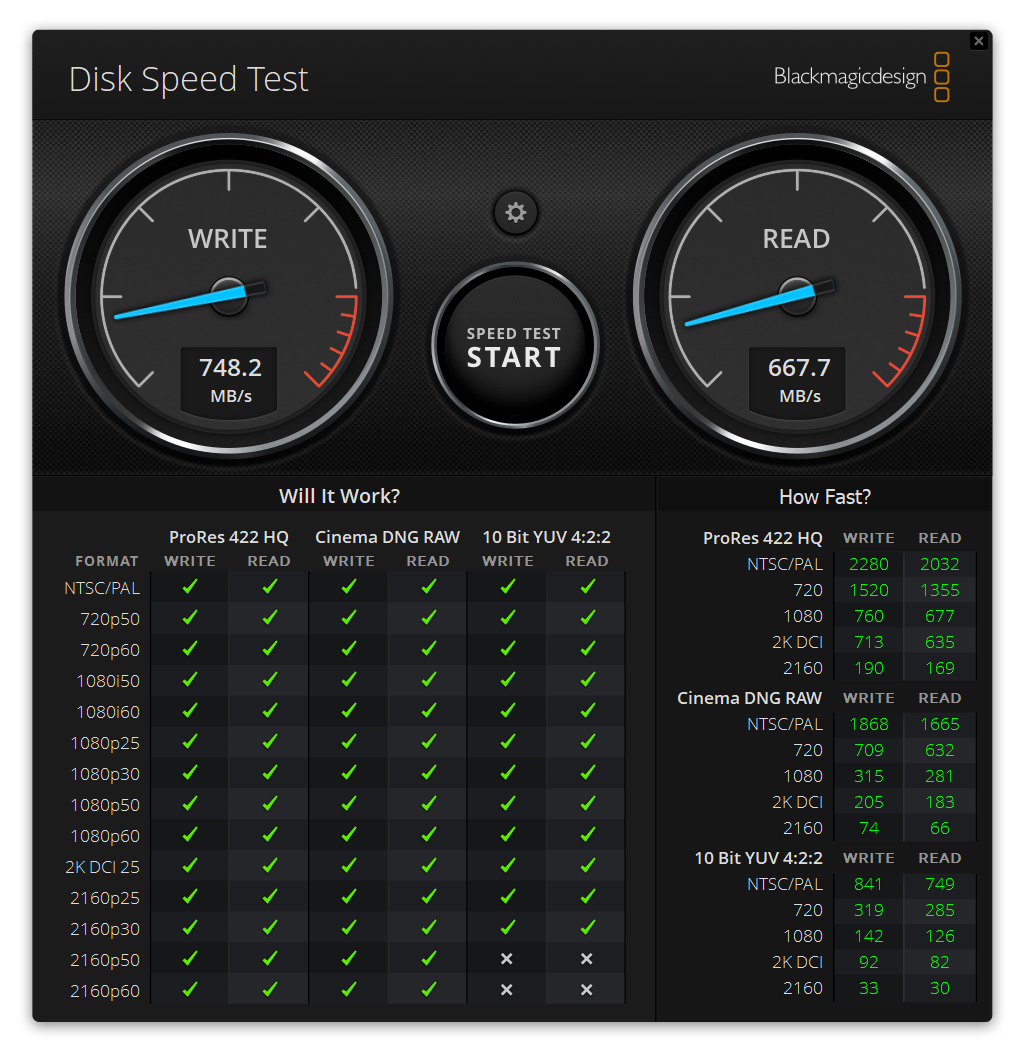 Crucial took its X6 and not only double its capacity, but bumped its performance up as well. The Crucial X6 4TB looks like the previous in the series and still leverages the USB 3.1 Gen2 interface through a USB-C cord. This version is quoted to be able to hit max transfer speeds of 800MB/s. The drive is compact and easy to travel with. It is said to withstand bumps and bruises along the way as well.

For testing, we used IOMeter and Blackmagic to determine its capabilities, the former which we tested in with both one thread and four threads. In Blackmagic, the Crucial X6 4TB hit 667.7MB/s read and 748.2MB/s write. In IOMeter we ram both 1 thread and 4 thread. In 1 thread the 4TB X6 gave us 790.9MB/s read and 1.26GB/s write in 2MB sequential, 760.2MB/s read and 1.24GB/s write in 2MB random, and 4,883 IOPS read and 25,802 IOPS write in 4K random. Here the drive outperformed its quoted transfer speeds, by quite a bit. The 4TB X6 also outperformed the 2TB version and in several spots, it outperformed the X8 as well.

The 4TB Crucial X6 has all the good points about the original release only improved upon. The new version has twice the capacity and smashes past its quoted speeds. Not only did it outperform its earlier version, in certain tests it was able to outperform a drive with a faster interface. If one needs a high-capacity drive with good speeds for less than $500, the 4TB Crucial X6 checks all those boxes.