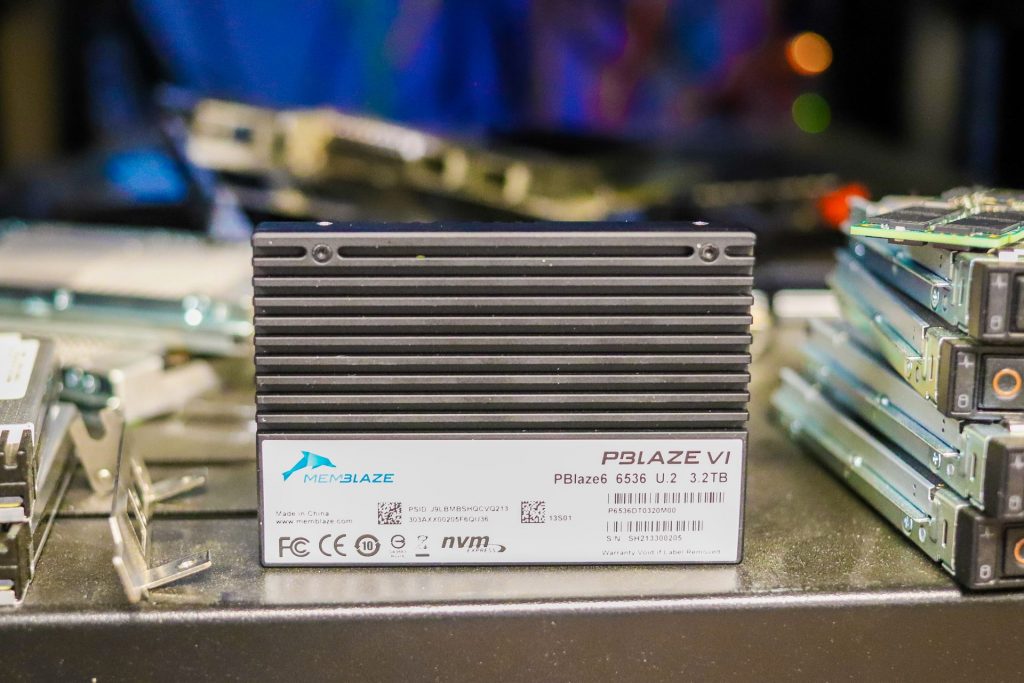 As far as performance goes, the PBlaze6 6536 offers a slightly different profile. In sequential reads and write, it is quoted to deliver up to 6.8GB/s and 4.8GB/s, respectively, while sustained random reads are quoted at 1.1 million IOPS. While the 6530 is specced with these same numbers, sustained random write performance differs significantly. Here, the highest capacity model of PBlaze6 6536 offers 425,000 IOPS compared to the 230,000 IOPS of the PBlaze6 6530. 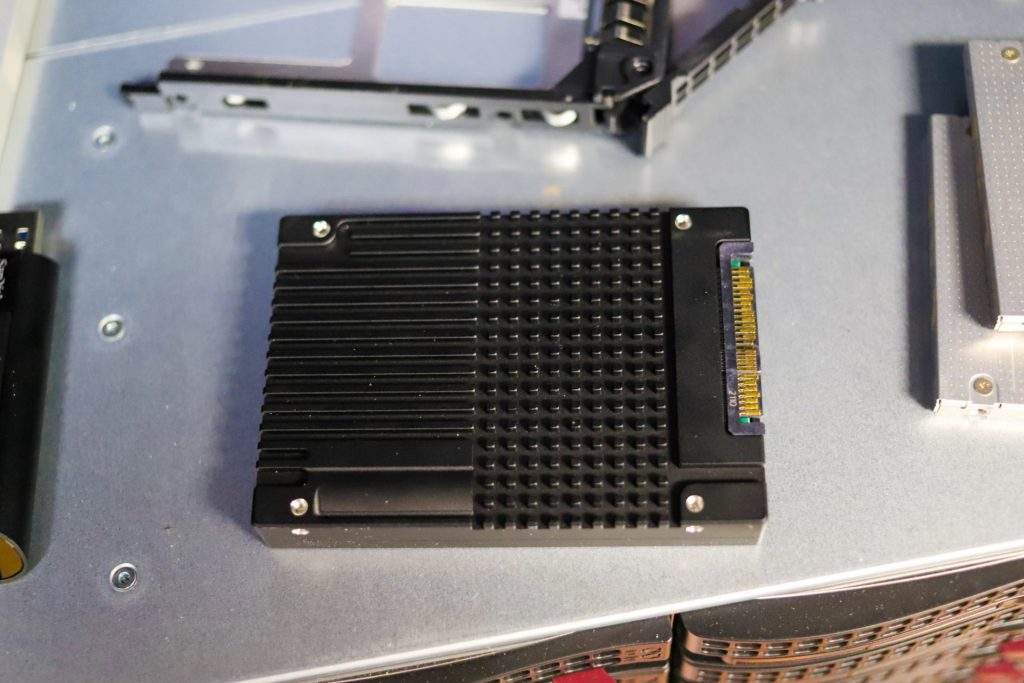 Another difference is the lifetime endurance, as the PBlaze6 6536 features a DWPD (Drive Writes per Day for 5 years) rating of 3.3 while the 6530 is quoted at 1.5. This makes the 6536 more suitable for businesses with higher write endurance needs.

The PBlaze6 6530 series is equipped with a wide range of features useful for the enterprise. This includes supporting up to 32 namespaces, sharing capacity and performance on a single drive, and allowing users to upgrade drive firmware without having to stop businesses operations or shut down any systems. This is especially important for critical business use cases and those who want to lessen the complexity of wide-scale SSD upgrades. 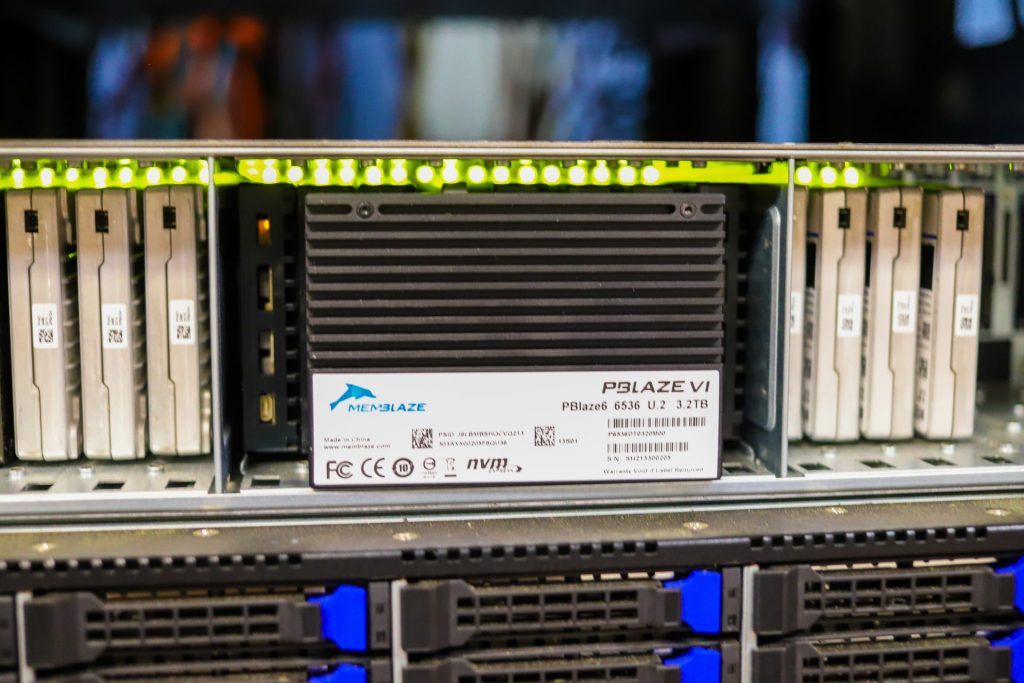 The PBlaze6 6530 Series is available in capacities of 1.92TB, 3.84TB and 7.68TB while the PBlaze6 6536 Series offers 1.6TB, 3.2TB, and 6.4TB capacity, all of which come in 2.5-inch U.2 and HHHL AIC form factor options. Memblaze indicates that this drive is designed for hyperscale users in internet, cloud computing, finance, and telecommunications environments.

For our SQL Server transactional benchmark, the PBlaze6 6530 placed first among the tested drives with 12,650.4 TPS.

Looking at our Sysbench transactional benchmark, the Memblaze PBlaze6 6530 had 9,021 TPS for the top spot.

With Sysbench average latency, the PBlaze6 6530 posted 14.19ms, which was slightly better than the KIOXIA drive.

In our first VDBench Workload Analysis, Random 4K Read, the PBlaze6 6530 had a peak performance of 1.18 million IOPS at a latency of 415.9µs.

In VDI LC Initial Login, the PBlaze6 6530’s performance plummeted pretty much right out of the gate showing us pretty much unusable performance. It hit 13,363 IOPS then took another big spike, ending the test at 7,836 IOPS with 1,017.6µs.

The Memblaze PBlaze6 6530 series is the company’s newest PCIe Gen4 enterprise SSD targeted more towards a mainstream market with two different endurance ratings. Touted as a successor to the PBlaze6 6920 SSD series released back in April of this year, the new Memblaze drive is highlighted by its improvement in power efficiency. 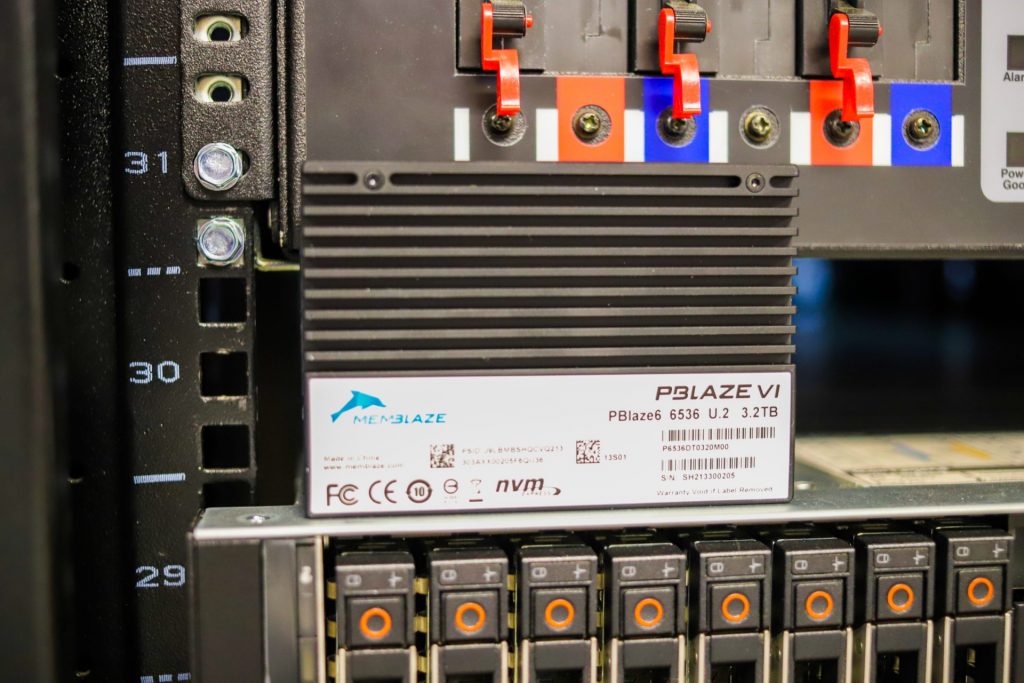 The new Memblaze 6530 Series is comprised of the PBlaze6 6530 and PBlaze6 6536 (the latter high-endurance model which we looked at for this review) and is available in capacities up to 7.68TB. Both are based on Memblaze’s self-developed Unified Framework Platform (MUFP) and are equipped with 176-layer enterprise 3D eTLC NAND flash. The PBlaze6 6536 is more suitable for harsher workloads due to its higher write endurance capabilities.

As for how our review model performed during lab benchmarks, the results were pretty solid overall. We tested the PBlaze6 6536 against two other PCIe Gen4 enterprise SSDs with a 3DWPD rating (Samsung PM1735 and the KIOXIA CM6) and looked at both application workload analysis and VDBench. In our Sysbench tests, we saw the 6536 performed very well with aggregate scores of 9,020.5 TPS, 14.19ms in average latency, and 26.06ms in a worst-case scenario; all of which took the top spot. This trend continued during our SQL Server transactional benchmark, where it posted 12,650.4 TPS and an average latency of just 2.3ms.

Switching over to our VDBench, the PBlaze6 6536 results were pretty much what we were expecting. Highlights include 1.18 million IOPS in 4K read and 616K IOPS in 4K write, while sequential workloads saw 6.3GB/s in 64K read and 3.66GB/s in 64K write.

Next up were our VDI Clone tests, Full and Linked, where its performance was overall fairly even. In Full Clone, we saw 201K IOPS in boot, 113K IOPS in Initial Login, and 68K IOPS in Monday Login. In Linked Clone, the new PBlaze drive showed a peak of 100K IOPS in boot and 56K IOPS in Monday Login. Initial Login is the only test that Memblaze drive struggled with, as it essentially plummeted right out of the gate with unusable performance. It eventually hit 13,363 IOPS then took another big spike, ending the test at just 7,836 IOPS with 1,017.6µs.

Memblaze might not be the most recognizable brand in the US, but their SSDs have always been impressive performers in our lab. The new PBlaze6 6530 series is no exception here, Memblaze once again posts a very impressive showing. They simply keep producing great SSDs, a pattern that’s quite enjoyable for us to be a part of. Every time one of these drives shows up for review, we know we’re in for an easy ride.