The Samsung EVO Plus SD card is the latest generation from the popular series and is released alongside the enthusiast PRO Plus and EVO Plus microSD models. Available in capacities from 64GB to 256GB, the EVO Plus SD card is designed for devices used by creative professionals like DSLR cameras, mirrorless cameras, and camcorders.

The Samsung EVO Plus SD card is the latest generation from the popular series and is released alongside the enthusiast PRO Plus and EVO Plus microSD models. Available in capacities from 64GB to 256GB, the EVO Plus SD card is designed for devices used by creative professionals like DSLR cameras, mirrorless cameras, and camcorders. 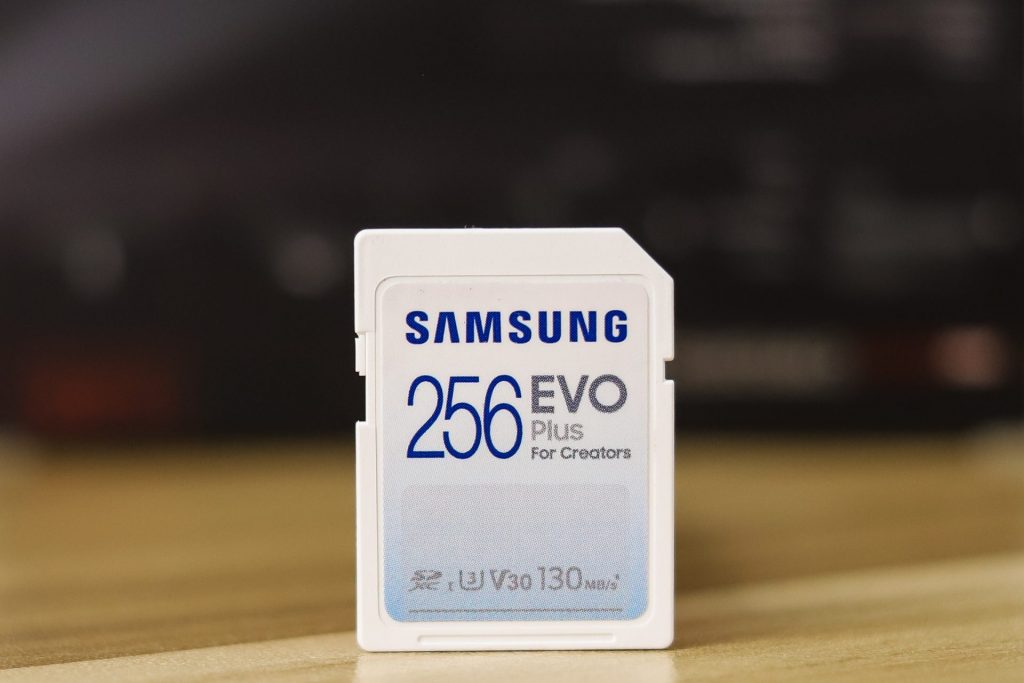 It’s been roughly a year since Samsung has released a new full-size SD EVO Plus card, so what has been updated with the latest release?

Though the available capacities remain the same as the 2020 model (32GB, 64GB, 128GB, and 256GB), the only obvious difference is the new EVO Plus has a new blue, grey, and white look and feel. The innards have been refreshed, but end users won’t notice that. What they will notice however is the performance upgrade. 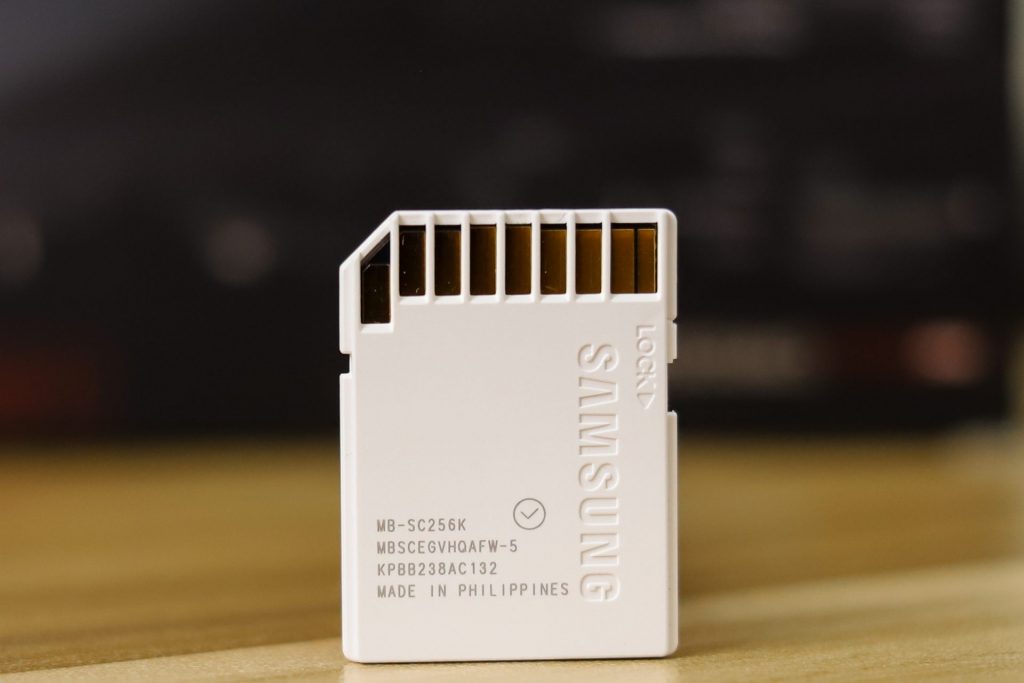 While both versions leverage the UHS-I interface and are rated as Class 10 U3, the 2021 EVO Plus version now supports UHS-I (DDR200), which is an improvement over the last-gen’s UHS-I (SDR104) bus speed mode. With this upgrade comes better performance, as Samsung quotes the new SD EVO Plus with 130MB/s read and 120MB/s write for the 256GB model. This is a noticeable improvement over the 2020 version’s 100MB/s read and 80MB/s write.

As we mentioned in the other recent reviews, this is actually very useful for creative consumers/professionals. These types of memory cards are often on the go and are usually met with the elements while being bumped around in a bag or inside a camera. Moreover, if a user transfers data once daily (and swipes the SD card twice a day), the SD Pro Plus will still last over 13 years. This makes it ideal for pretty much any type of lifestyle a consumer or creative might have. 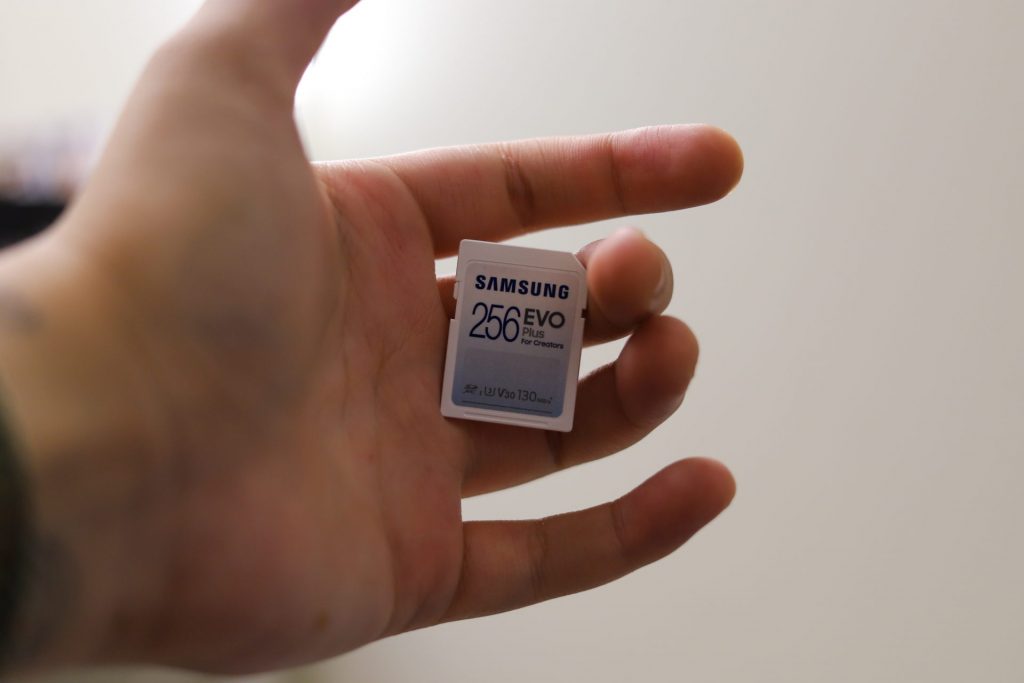 Coupling all of this with Samsung’s generous 10-year warranty makes this a very reliable SD card to have.

The Samsung EVO Plus microSD cards are available in 32GB, 64GB, 128GB, and 256GB. We will be looking at the 256GB model for this review. At the time of this review, the cards are not yet in retail so pricing is TBD.

We tested the Samsung EVO Plus microSD Card with the bundled Samsung reader via our Lenovo ThinkStation P520 testbed.

Starting with the popular Blackmagic benchmark, the EVO Plus card showed 125.1MB/s read and 116.4MB/s write. This is a significant improvement over the 2020 model, which posted 90.7MB/s and 61.5MB/s write. 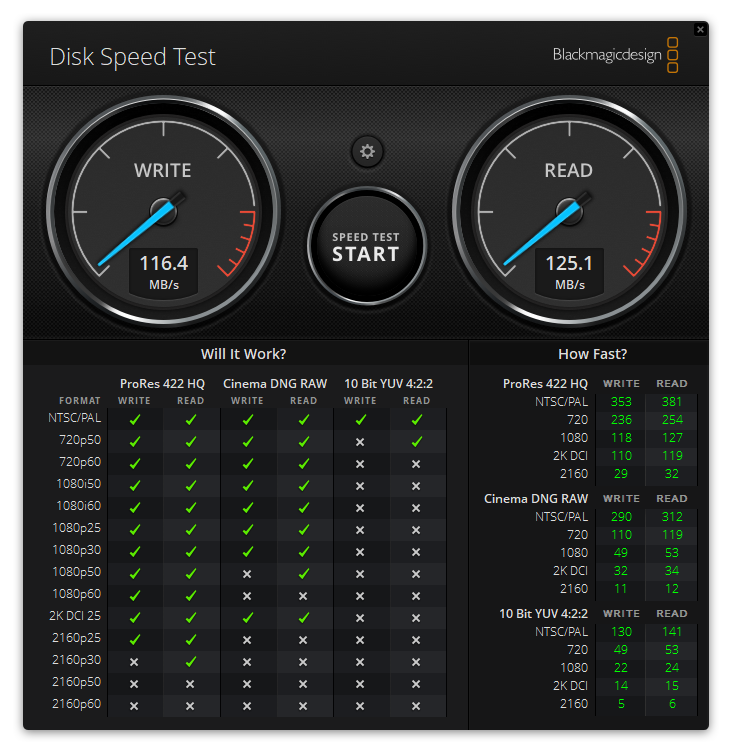 Though these numbers didn’t quite reach Samsung’s quoted 130MB/s read and 120MB/s write, they were still impressive, making it one of the faster mainstream full-size SD cards we’ve seen to date. We aren’t really surprised, as the microSD version told the exact same story.

Samsung’s newest SD card release is another great addition to their extensive portfolio. While the Samsung PRO Plus line meets is more for the hardcore creative professionals working with high-quality 4K video, the EVO Plus is a great way to add extra storage space to devices like DSLR and mirrorless cameras, and even PCs. It also offers more than enough speed to seamlessly support FHD video and photos. 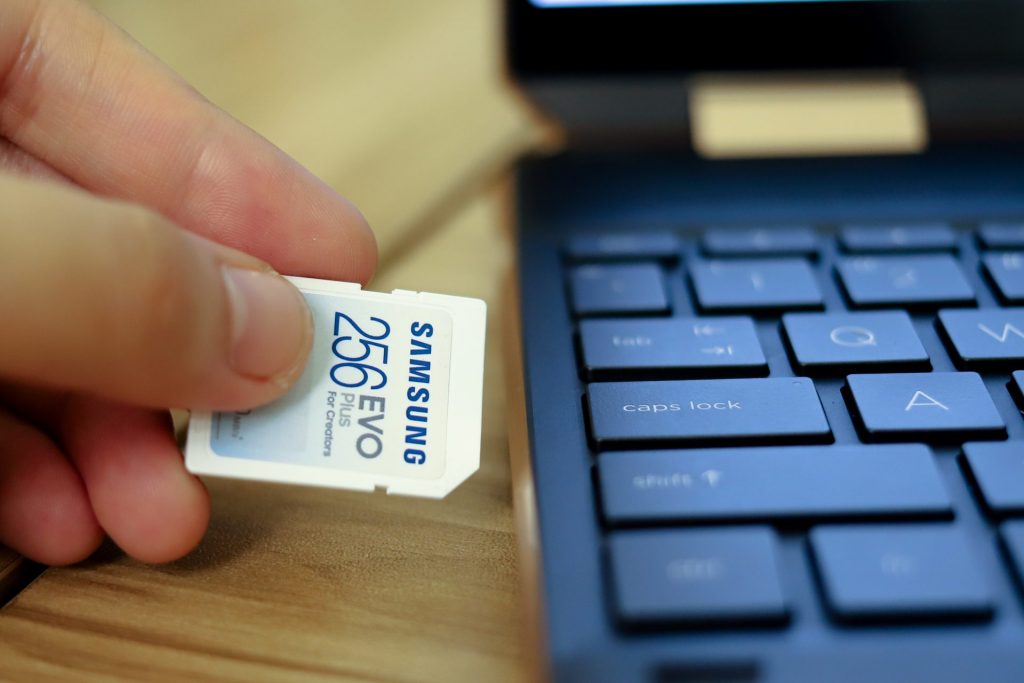 Though it was just a hair under Samsung’s quoted transfer speeds, the large block sequential numbers were impressive for a consumer-grade microSD card, coming in at 125.1MB/s read and 116.4MB/s write during our black magic test and 126.4MB/s read and 116.7MB/s write in 2MB sequential iometer. These results were a major upgrade compared to the previous generation released roughly a year ago.

Samsung is huge on offering customers a reliable product combined with peace of mind, and the new EVO Plus SD card is certainly no exception. It can handle the lifestyle of pretty much any user, including being roughed around a bit and in the outdoors with the elements. These reliability features also consist of 10,000 insertion cycles, water protection, x-ray shielding, and an extensive 10-year warranty, the latter of which is the market best.

If you’re looking for a memory card that offers the best possible performance in 4K video use cases, we definitely recommend the new Samsung PRO Plus. However, the more affordable EVO Plus SD line offers plenty of performance for pretty most consumer needs. This is a fantastic, highly recommended card with impressive transfer speeds.