Seagate has been supplying customers will surveillance drives for 10 years now. As part of their newly announced Guardian Series, Seagate release a new surveillance drive, SkyHawk. The SkyHawk (named after a beast like the other Guardian Series) comes in capacity from 1TB up to 10TB. The drive has been optimized for either DVRs or NVRs and can support up to 64 HD cameras.

Seagate has been supplying customers will surveillance drives for 10 years now. As part of their newly announced Guardian Series, Seagate release a new surveillance drive, SkyHawk. The SkyHawk (named after a beast like the other Guardian Series) comes in capacity from 1TB up to 10TB. The drive has been optimized for either DVRs or NVRs and can support up to 64 HD cameras. 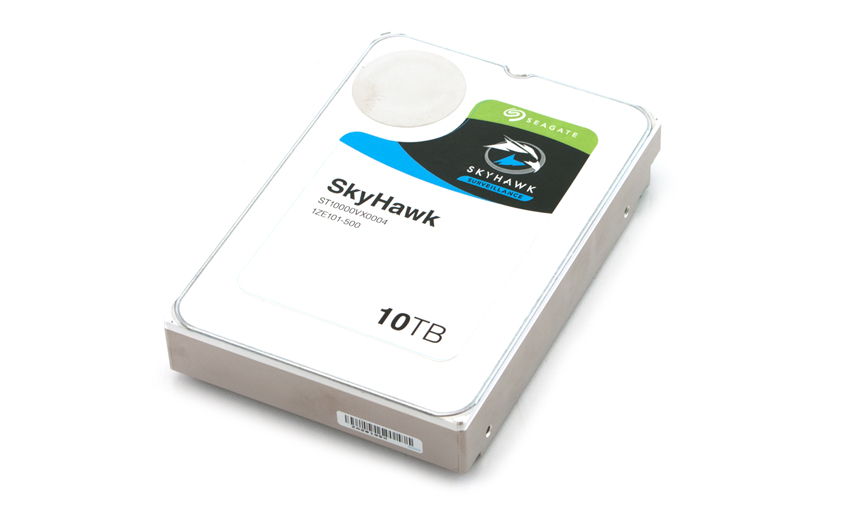 Surveillance is increasing at the same time companies are adding higher definition and more cameras. These HD cameras will generate even more data that needs to be stored and potentially stored for a longer period of time, especially in some regulated industries and government use cases. Seagate’s SkyHawk, with 10TB of capacity, are tuned for 24×7 workloads making them an attractive choice for customers looking for high capacity surveillance drives. The drives come with Seagate’s ImagePerfect firmware, which is designed to minimize dropped frames and downtime.

As we have covered in our Pick The Right Drive For The Job, not all drives are created equal. While that piece looked at NAS drives versus desktop, surveillance drives are also made to be duty specific. The SkyHawk drives are designed to run all the time with the specific workload of 90% of the time taking in streams (writes), the remaining 10% dedicated to playback (reads). The SkyHawk drives are quoted as having three times the workload rating of desktop drives, further enhancing their positioning for this market. 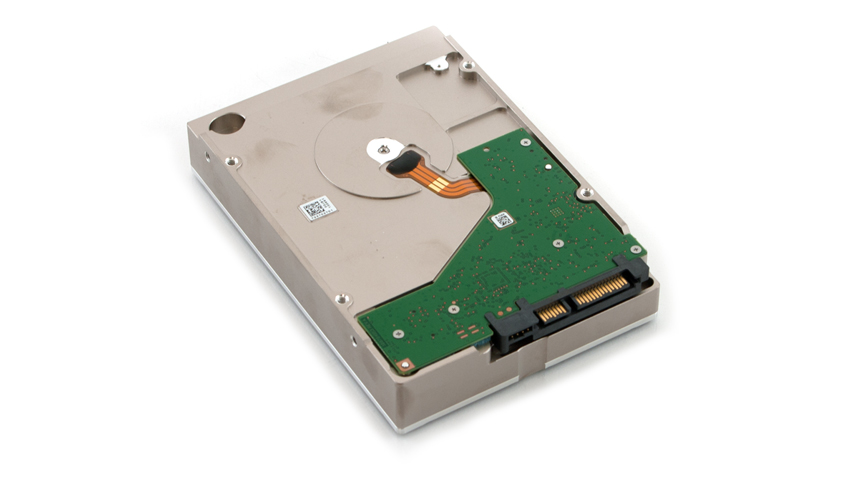 The Seagate SkyHawk comes with a 3-year limited warranty and has a street price of $410 for the 10TB.

In the following section of this review, we will show the performance of both iSCSI and CIFS configurations of the Seagate SkyHawk 10TB. Seagate supplied StorageReview with eight samples of their new HDDs, which we configured in RAID10 in a Synology DiskStation DS1815+.

Looking at standard deviation, the SkyHawk gave latency scores of 544.59ms read and 101.82ms write, the best in CIFS configuration and the lowest (best) write score overall. In iSCSI the SkyHawk remained on top with 118.13ms read and 145.05ms write.

Our last test looks at large-block sequential performance. In CIFS configuration the SkyHawk took the top spot in write speed with 441MB/s however it came in “last” for read with 462.49MB/s (it should be noted that it was only 57KB/s behind the top performer making them more or less equal across the board). In an iSCSI configuration the drive fell to second with 416MB/s read and 365MB/s.

The Seagate SkyHawk is a HDD designed specifically for surveillance with firmware that helps to minimize dropped frames and downtime. The drive comes in multiple capacity from a small as 1TB up to a huge 10TB (currently the highest capacity surveillance drive on the market). Not only is the drive quoted as being able to handle three times the workload of a desktop drive, it is also optimized explicitly for NVRs and DVRs.

Looking at performance, the SkyHawk flew high in our 4k benchmarks taking the top spot in both CIFS and iSCSI configurations across the board. In throughput we saw scores as high as 3,483 IOPS read and 2,261 IOPS write. The SkyHawk gave us average latencies as low as 73.49ms read and 113.16ms write. In our 8k sequential benchmark the SkyHawk had a throughput of 57,121 IOPS read and 46,070 IOPS write in CIFS making it the top performer. In our large block sequential the SkyHawk had its feathers ruffled a bit by the other drives as it fell to the bottom in read speeds (still keeping roughly in line with the others though) in read with 462.49MB/s in CIFS. The SkyHawk came out in front of the pack in write with 441MB/s also in CIFS. In iSCSI the SkyHawk came in second, but offered much greater performance than the prior-generation Seagate offering.

The Seagate SkyHawk is a drive designed to work specifically in surveillance; the drive has a massive 10TB capacity and great performance for this targeted use case.